Hi guys, hope you’re keeping well! Apologies for the silent treatment of late. Since July I’ve had to step away from blogging and social media a little, for various reasons.

I guess my recent unenthusiastic approach to blogging and social media began at the Betsy Beer launch I attended back in March. The event itself was great, and the beer was excellent, but something happened at that event that really got my back up. 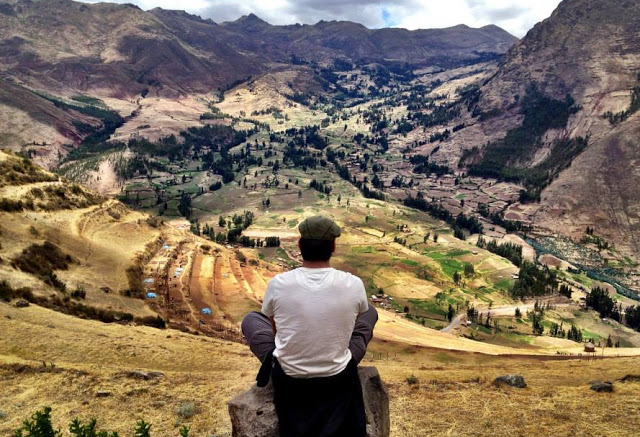 There I was, checking out the hoppy ingredients that made up the beer, when an unknown female lifestyle blogger struck up a conversation with me.

Standard intro at one of these events.

“I am indeed“, I replied. And then came the sentence that still rattles around in my head: “So how many followers do you have?“, she asked, quickly followed by: “What’s your best platform?“.

But you have to remember I work in digital marketing and influencer marketing for my main job, day in, day out. I’m sick and tired about all sides of the industry being all about follower numbers, but particularly about those who are cheating the system and being inauthentic.

The problem is many bloggers care about growing their follower numbers, and become anxious if their social media doesn’t move the needle on a daily basis. That is the crux of the problem.

I don’t have a huge following on any of my social channels. 4,000 or so on Twitter, less than 800 on Instagram. And I don’t really care whatsoever whether that is considered big, small or average.

I do care about sharing stories, changing perceptions and inspiring people to visit places and experiencing adventures they would never normally experience.

You don’t need a big number of followers to do that.

A select few influencers sat up, spoke out and forced action. Over Easter weekend, #instafraud kicked off, with people outing so called influencers who had generated fake followings. I wrote a post about it over on my work blog if you want to read more about it.

In summary, brands and PR folk have historically collaborated with bloggers and influencers with a bigger following, with the assumption they will reach more people. But if those influencers have built a false following buy using bots or buying followers, they won’t reach more people, the engagement will be shite, and they will be taking important revenue away from full-time influencers who are working their arses off to make a living from blogging.

Then came another couple of blog posts which really hit home with me, and bubbled more annoyance to the surface.

Before I share them, it’s worth mentioning that blogging for me is part-time. It is a hobby. It’s something I love doing, especially sharing stories and inspiration, and knowing people act on those stories and inspiration. Yes I make a little money from the blog, and yes I get a few trips a year, but I’m not in it for the money.

First up, Adventurous Kate posted this post about influencers, and the convergence of other types of bloggers into the travel blogging space, and how money could be ruining travel influence.

“By 2014 or so, people were starting travel blogs specifically for the money. When money is your biggest motivator, it affects everything — your travels, your content, and the industry as a whole.”

Travel influencers don’t make as much as fashion or lifestyle bloggers. The budgets are different. The ROI is different (and takes longer), but travelling to exotic places? There’s the hook. Lifestyle bloggers and fashion bloggers have started diverging into travel, and this is where the problems become worse.

Some travel content posted by non-travel influencers is excellent – especially the photography. But in terms of sharing stories, providing inspiration and guidance content…that needs to be very accurately written. Kate’s point:

“Picture this. A luxury hotel invites a fashion blogger to Cartagena, Colombia. She gets picked up at the airport by a chauffeur, does several photo shoots in and around the hotel, and has a great time exploring the old city but doesn’t set foot outside it. Predictably, her followers start asking her, “Is it safe to go to Colombia?” And she replies, “Sure, it’s totally fine!”….a fashion blogger who waltzes in for a few days and doesn’t leave the old city of Cartagena doesn’t have the knowledge to advise her followers how to travel in Colombia safely.”

Colombia is safe…it was for me. But that statement should come with a number of caveats, as Kate points out.

Then came another post, this time from Em Luxton, on why she has started to hate Instagram.

Instagram is quite possibly ruining all our lives a little bit. It’s the unrealistic expectations. The perfection………Fuck perfect. I just want to show off the beautiful world in all its messy, lived-in glory.

I have also started to hate Instagram. In fact, a cleanse of who I follow is long overdue. I’ve joked to other bloggers about the pristine outfits and overly large straw hat poses by pristine female bloggers at different remote locations around the world. That’s fine for them, but not for me. I’m not fashionable. I’m not pristine. I don’t have a great tan and perfect teeth. My Instagram photos aren’t perfect. I’m not here for the followers. I’m just posting what’s real and interesting.

That’s partly why blogging and Instagram images have taken a back seat. I needed to be on the platforms less.

Here are the other reasons!

Many of you already know I’m getting married, but it is now less than 6 weeks until the big day. I’m incredibly lucky that my fiancee has taken the wedding admin (wedmin) by the reigns, but there has been a lot to sort, from photographers and groomsmen attire, to food, booze and gifts. This, a long with more church visits, has taken up quite a bit of time…….but it does mean we get an awesome honeymoon to Sri Lanka and the Maldives in October!

I GOT A SPRINGER SPANIEL PUPPY!

If getting married wasn’t a big enough commitment for one year, many of you will know that we got a Springer Spaniel puppy in July! I’ll introduce Pip in a separate post, but I can tell you my life is currently dominated by a small bundle of energetic white and brown fur! 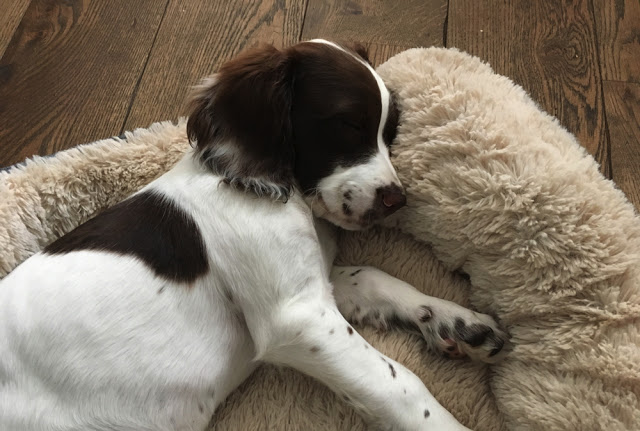 I used to be the sort of person that said I needed to switch on to switch off. Not so anymore. I’ve played a lot of golf. I walk the puppy. If I take Pip for a walk in the mornings and evenings, I don’t look at my phone once. Pip is real life, and fun to train, so social media and fake news can take a back seat.

WILL YOU BE POSTING MORE REGULARLY AGAIN?

Once I’m back from my honeymoon, and the pup is a little older, then yes, I will be posting more often. I’ve had some fantastic trips this year – to France, Switzerland, Cornwall, the Lake District, Amsterdam and Slovenia, and I’ve had some fantastic offers for other trips, most of which I’ve had to turn down because of time, budget or annual leave restrictions, but I aim to be back with a bang later in the year!

In the meantime, I’m still here, I’ll post when I can, and you can always give me a holla on social media 🙂

Which Cities Around The World Serve Up The Cheapest Beer?