I know what you’re thinking. “Why on earth would you do that?!“. But then I also know what fellow skydivers are thinking. Well, not thinking….just smiling, acknowledging, and…understanding.

Unlike bungee jumping, doing a skydive was always on my bucket list. If you have a ‘you only live once’ attitude, then I’m sure it’s on many of your bucket lists too. Rightly so – it’s one of the most exciting things I did during my 5 month break.

Queenstown is a outdoors enthusiasts adventure playground. A mecca for mountaineering, sailing, trekking (or tramping as the locals call it), skiing in winter, rugby, cycling, rock climbing, canyon swinging, bungee jumping, skydiving, horse riding and every other outdoor activity you could possibly think of. Even Ray Mears couldn’t get bored here. The Queenstown air was filled with adrenaline, and I’m happy to say it was filling my lungs.

Less than one hour later and I’d booked the skydive for the next day, with Nzone Skydive. The rest of the day was a blur. I hired a bike, went cycling round the town, took the gondola to the top of Bob’s Peak, and drank a few beers.

I’ll hold my hand up in complete honesty at this point. Doing a bungee jump was more nerve-racking than doing a skydive. There. I said it. Sure, you’re strapped to your tandem master, you throw yourselves out of that aircraft door, and for some 60 seconds you plummet towards the ground at 200 km per hour. But that’s just it….it’s you and your tandem master. They control everything, and you’re doing it together. A bungee jump is just you, the bungee cord, and your own pure fear. It’s your decision, and you are the one in control when you jump.

The weather in New Zealand during the summer months is pretty consistent, so I was delighted when I pulled back the hostel room curtains to reveal almost clear blue skies.

My fellow morning skydivers and I were briefed at the Nzone HQ in the morning, which was followed by a 20 minute drive out to the drop zone. The nerves still hadn’t kicked it. I was embracing the fear. Which is more than can be said to the girl who was sat on my right. “I think I’m going to be sick“. I just smiled and told her it’ll be ok, whilst secretly hoping she would turn the other way if she decided shouting Huey was her new hobby.

We arrived, had a look around, were briefed on jump times, and then we waited. We watched planes fly up, and jumpers drop down, and eventually it was our turn. Sexy boiler suits and harnesses on, we were 20 mins away from boarding the plane. 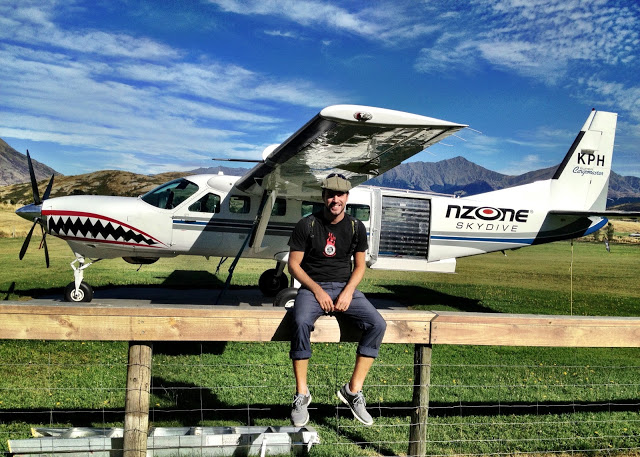 I’ll let this video tell the rest of the story. Free falling in warm air, looking at some of the incredible views around Queenstown, for one full minute, was simply exhilerating.

If you’re thinking about going skydiving, go for the highest height. In this case that was 15,000ft. Don’t go 12,000ft. Just embrace it, and go jump from the highest point you can – you won’t regret it.

All of New Zealand was amazing, but Queenstown had something special. Maybe because it gave me a big slice of fulfilment. Onto my next bucket list item. 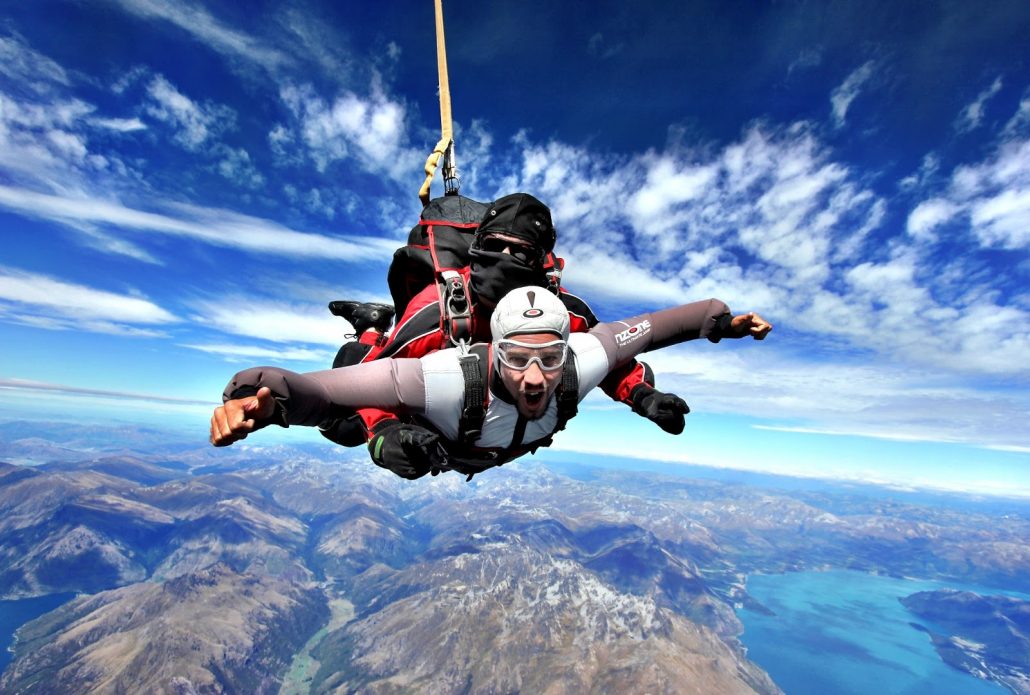 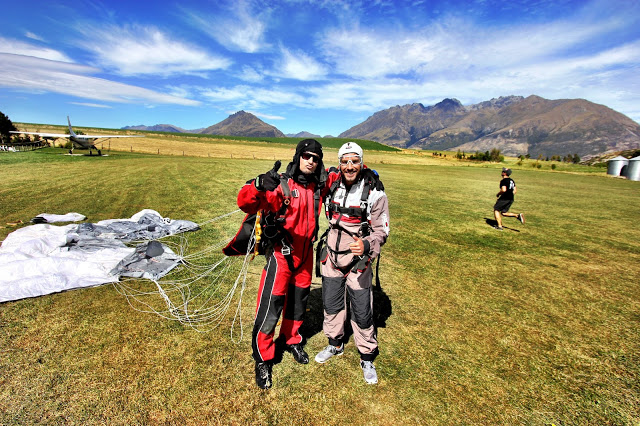 Waltzing Around the Whitsunday Islands

Why I Became An Organ Donor
Scroll to top