You are here: Home1 / About

Hi guys, my name is Simon Heyes, and welcome to Adventure Bagging!

I am a digital marketer, travel blogger and bagger of mountains, adventures and experiences. Whether I’m away hiking in the Lake District for a weekend, careering down a ski slope, or out in the countryside with my Springer Spaniel called Pip, the outdoors is my playground.

I’ve been blogging since 2006. This blog was initially known as Simon’s JamJar, but rebranded as Adventure Bagging in 2018 (for those that knew, followed and read Simon’s JamJar, you can read the full story here!).

The world of blogging and influencers has changed dramatically over the last few years, and whilst Simon’s JamJar did a great job of allowing me to tell my travel stories in written form, it restricted me in terms of showcasing video content, and being more creative with the stories I wanted to tell.

I’m a big believer that stories are often best told in video form, which is why the focus of Adventure Bagging is travel videos and experiences.

Feel free to browse around the site and my YouTube channel, and have a look through the Q&A below, which will give you more insight into Adventure Bagging, and my passion for travel and the outdoors.

WHAT IS ADVENTURE BAGGING ALL ABOUT?

In a nutshell, Adventure Bagging is a UK travel video blog, designed to inspire you to bag new adventures, take on new challenges and learn new skills.

Adventure is pretty subjective, so from my point of view this blog is filled with content that covers both macro and micro adventures. My aim is to share tips and stories from my own personal adventures that give you a window into different countries, cultures and experiences, and hopefully inspire you to go on an adventure or two of your own.

WHEN DID YOUR LOVE OF TRAVEL BEGIN?

During University I did a four year course, studying business. In my third year I got the chance to study abroad, and I ended up at the University Of North Carolina at Wilmington (UNCW) for 12 months. 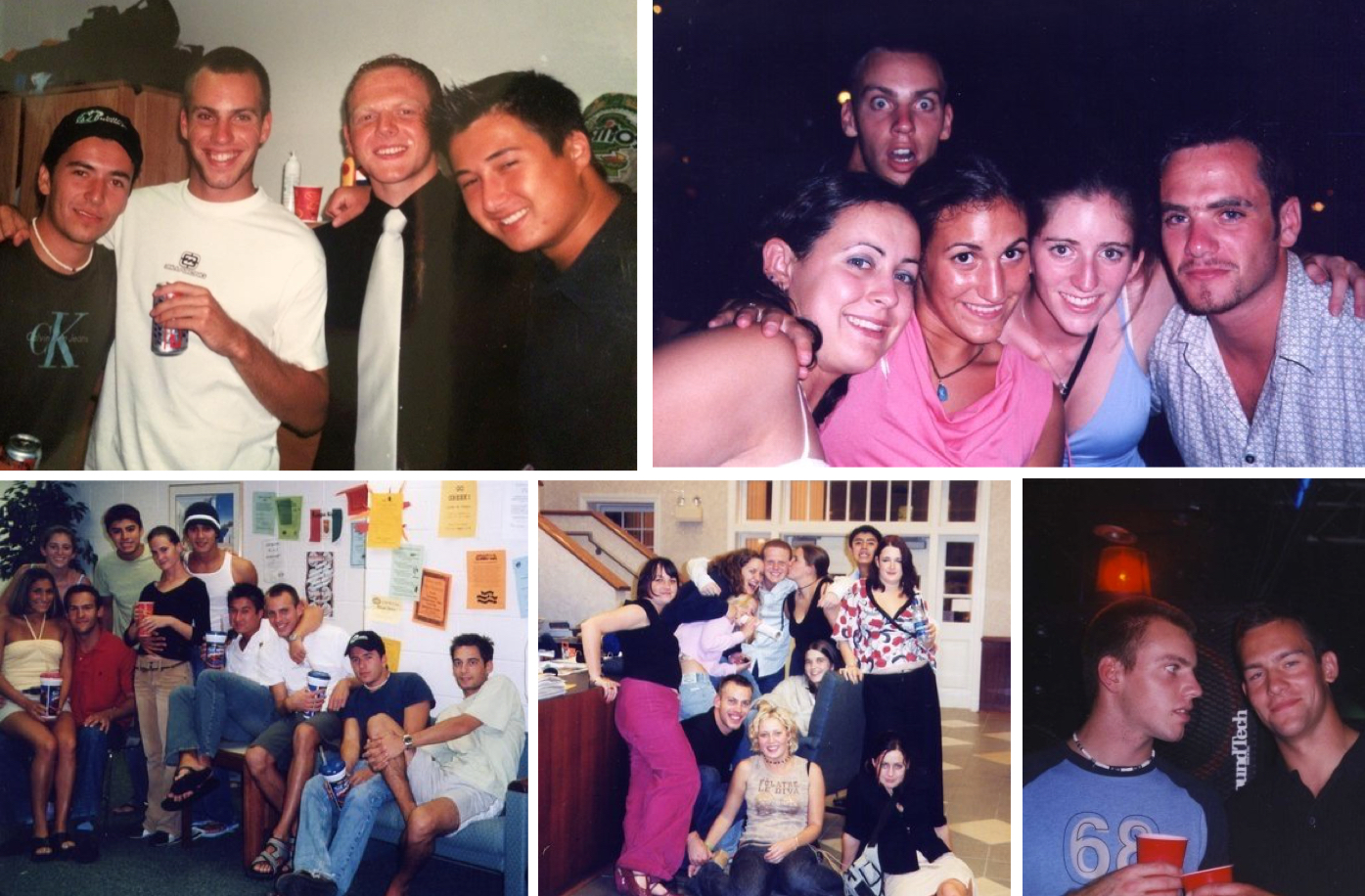 Not only was this my first solo travel experience, it also opened my eyes to new cultures, new people and new food. I lived in an international house that was filled with students from all over the world. My roommate was from Mexico. The guys next door were from Finland and France. There were others from Germany, Japan, Ecuador, Colombia and Australia.

At the end of those 12 months, I not only came away with some of the best memories and friends of my life, but also a completely new perception of the world, and I vowed to see as much of it as I could.

WHY DID YOU CALL THE BLOG ‘ADVENTURE BAGGING’?

I’ve always been an adventurous kind of guy. When I was 5 years old, I was running up some stone steps at a remote farm in the Lake District when I slipped and split my head open. Several butterfly stitches and some Skittles later and I back running up those same steps, hoping to explore a new corner of the farm I hadn’t uncovered yet.

That same year my parents took me to Poole, on the South UK coast. We parked near the marina and wandered around the shops, but I got bored, so I wandered off by myself. I went in the arcade, took a stroll on the beach and had a great time wandering around. I made it back to the car to see my parents crying their eyes out and shouting at me, thinking I’d gone missing. But I hadn’t. I was simply experiencing my first taste to solo adventure (sorry mum!).

I still have that same zest for exploring and adventure, over 30 years later. Whilst I try and bag three new countries every year, I also try to experience new adventures and skills, in countries new and old.

The ‘bagging’ part of the blog name is also a nod to my Lancashire upbringing. For anyone not from Lancashire, ‘baggin’ is a local dialect term which means food, or meal. As you’ll see when you browse around the blog, a large portion of the content is related to food, both in the UK and across different countries.

Adventure = travel and experiences in the UK and beyond. Bagging = food and/or accomplishment. Thus:

WHERE HAVE YOU TRAVELLED TO RECENTLY?

So far I’ve travelled to 48 different countries around the globe. In 2012 I gave my old blog a fresh lick of paint, and set off on a six-month trip around the world. I ventured across South America, took the Greyhound around Australia, drove a campervan all over New Zealand, and finished with an awesome group tour around Hong Kong and China. Since then I’ve been fortunate enough to visit places such as Zimbabwe, Malawi, Papua New Guinea, Iceland, Estonia, and many more cities around Europe.

WHAT TRAVEL GEAR DO YOU USE?

I am a advocate of packing light, so from 2011 to 2015 pretty much all my travel photos were taken with an iPhone. But with 4K photography and video hitting the mainstream, it was time to up my game. I now use a combination of the following:

WHERE ELSE HAVE YOU TRAVELLED?

Between 2008 and 2012 I was flying over 100 times a year, as I had an international job role. This took me to Sweden, Norway, France, Italy, Spain, Germany, New York and Abu Dhabi, amongst other places.

I’ve also been to Thailand, South Africa, Canada, the US and many countries and cities around Europe. Have a peek at the travel map below to see everywhere I’ve visited.

WHAT IS YOUR FAVOURITE COUNTRY?

Many people ask my that question. I would say Colombia (so far), closely followed in joint second by Brazil and New Zealand. Colombia blew away any stereotypes or preconceptions I had about the country. They love salsa, they love rum, they are incredibly friendly and despite many of them not having a penny to their name they are incredibly happy and welcoming. I spent time in cities, in the jungle, and on the Caribbean Coast, trying the freshest fruit I’ve ever tasted.

No, only part time. I work in digital marketing for my main job, and blogging and vlogging happens in my spare time. As a result, you won’t see this blog bombarding you with ads and guest posts. In a world where blogs are now incredibly commercial, I’ll only insert ads where relevant, and any guest posts must be perfect for you, the audience.

You’ll see a lot of collaborations on Adventure Bagging, from hotels, tourist boards and related travel product companies, but the majority of the content is off my own back. My travel and adventure stories, no-one else’s 🙂

THANKS FOR READING ALL THE WAY TO THE BOTTOM

I still enjoy telling stories about life, about travel, and about food. I’ve had some amazing experiences over the lifetime of this blog, many of which of course I’ve captured here, so I hope you enjoy reading them all!

I’m a very sociable chap, so if want to comment on a post, please don’t be shy! Don’t hesitate to ask if you have any questions either.

If getting in touch through the blog isn’t your cup of tea, feel free to chat with me on Twitter, follow me on Facebook, have a peek at some of my pics and stories on Instagram, or check out some of my videos on YouTube.