1. There are virtually no signs in English, which makes getting around very difficult.

2. Many Chinese students speak and understand English, so don’t be shy – say hello and they will happily chat to you!

3. You’ll get stared at. A lot. Just embrace it. Pretend you’re a celebrity.

4. If you have blond hair, you’ll get stared at more. A bit like a panda in a zoo.

5. There are 1.3 billion people in China. Around 500 million have ever left the country, which means a large majority of the 800 million remaining have never seen a Westerner. Expect to get your photo taken. Sometimes inches from your face.

7. If you visit a local market, go with an open mind. Cat and dog are considered food…

8. Most Chinese people are very friendly, but very shy. Smile, and most will smile back – particularly the under 30 generation. 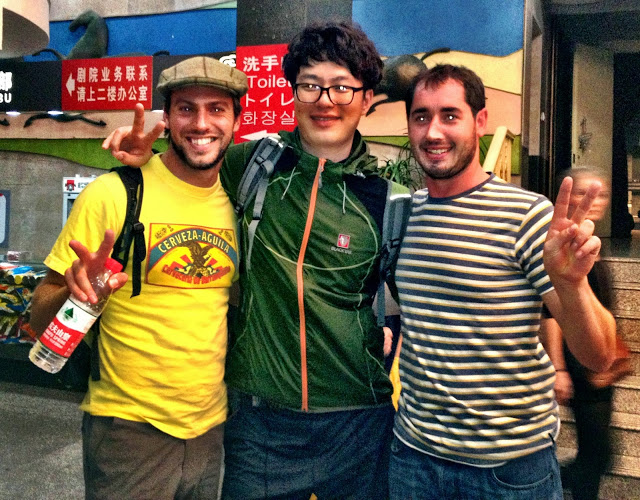 9. Despite being classed as an economic powerhouse, corruption is rife. While some cities flourish, many inhabitants in cities in the West can’t even afford shoes.

10. There is a big divide between the traditional ways of the Chairman Mao era, and the increasing Westernised youth. The younger generation are trying to change China’s ways, but traditions and culture of such a large nation are difficult to break.

11. If you can’t recognise a meat, try it anyway, but don’t ask what it is afterwards.

13. Rice wine is the Chinese equivalent of Buckfast mixed with vodka. Enjoy in moderation.

14. China is steeped in a complex, turbulent history. Soak up as much knowledge as you can.

15. Chairman Mao organised a ceremonial burning of scholars (yes, really) and historical writings during his reign because he believed  a large part of Chinese history should begin with him. There are large gaps in Chinese history as a result.

16. When people ask you if you’re going to walk all of the Great Wall Of China, laugh in their face. The total length is about 5,000 miles long. About the same distance as London to Houston, Texas. 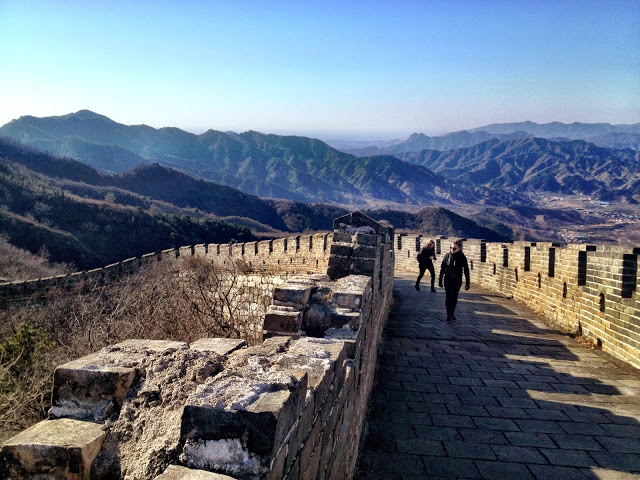 17. The terracotta warriors are incredible – although they were first opened to the public in 1979, less than half of the first 230m pit have been uncovered and restored. There’s a lot of work still to do. 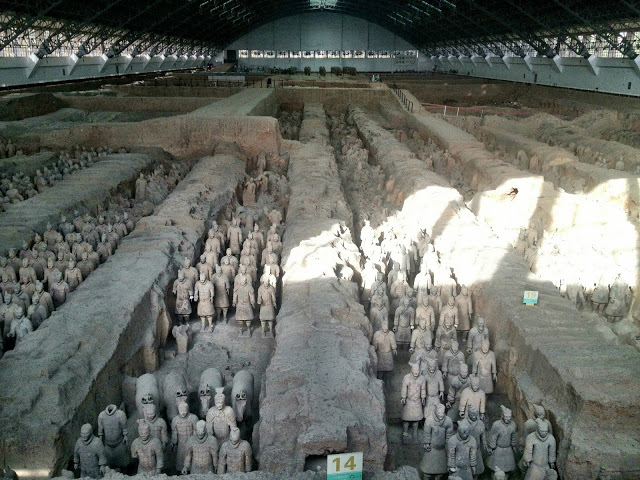 18. The terracotta warriors were built to signify the legacy of Emperor Qin Shi Huang. Each one was personalised to every single man who fought with, and was loyal to, the Emperor. That makes each and every one unique. The warriors are located 1.5m away from his tomb, which has yet to be opened. Arguably, this would be a bigger discovery than the warriors.

19. Give Tai Chi a go. It’s quite relaxing and very popular.

20. Don’t expect to see the sun. China seems to be covered in a blanket of smog. Before the Olympics in 2008, the Government enforced a city ‘clean up’ – according to locals you couldn’t walk down the street for more than half an hour without having to wipe the dirt from your face. No wonder many Chinese wear face masks;

21. Alongside corruption in point 9, the other major issue is cancer. About 70% of Chinese men smoke cigarettes. In fact over 300 million people in China are regular smokers. As a result, smoking estimated to kill over a million Chinese people a year.

22. If you’re stuck in a situation where you need to bribe someone, try cigarettes first.

23. Yangshuo (near Guilin) is one of the most stunning towns in China;

25. If you dare, eat locally, at non-tourist places – lunchtime noodles and rice dishes can cost as little as £1.

26. Culturally speaking, China is poles apart from the UK.  They hock, spit, stare, barge past you and will fleece you given the chance. Many call it rude. It’s not rude in China, it’s the cultural norm. The sooner you except the nuances, the more you’ll enjoy the country.

28. The Three Gorges dam is one of the most monstrous projects you’ll ever witness – it’s designed to divert freshwater across 1000 miles. If anything happened to it, it could slow the rotation of the Earth. Try these additional facts on for size.

29. Train tracks and roads are being built all the time. In fact Shanghai built 1,500 miles of road in the past decade. Think of Manhattan multiplied by three.

The LUXE Is No More – Long Live Smiths At Spitalfields