Exactly one year ago, on 13th March 2013, I was walking around on one of the few man-made objects visible from space: the Great Wall of China.

It seems fitting, that, one year on, I finally share my great experience and pics with you.

China was my last stop before heading back to the UK, after my 6-month, round the world trip.

As my alarm starting screaming at 5:45am, I realised travelling accounts for as many early morning starts as my previous work life.

Unlike work though, this was all for fun, and it was time to explore.

As our dinky local bus rattled and rolled its way North out of Beijing, towards the Great Wall in the early hours, we watched the sun rise through the windows (those that were awake, that is). I realised this morning was the first time I’d actually seen the sun in China. This was going to be a great day. 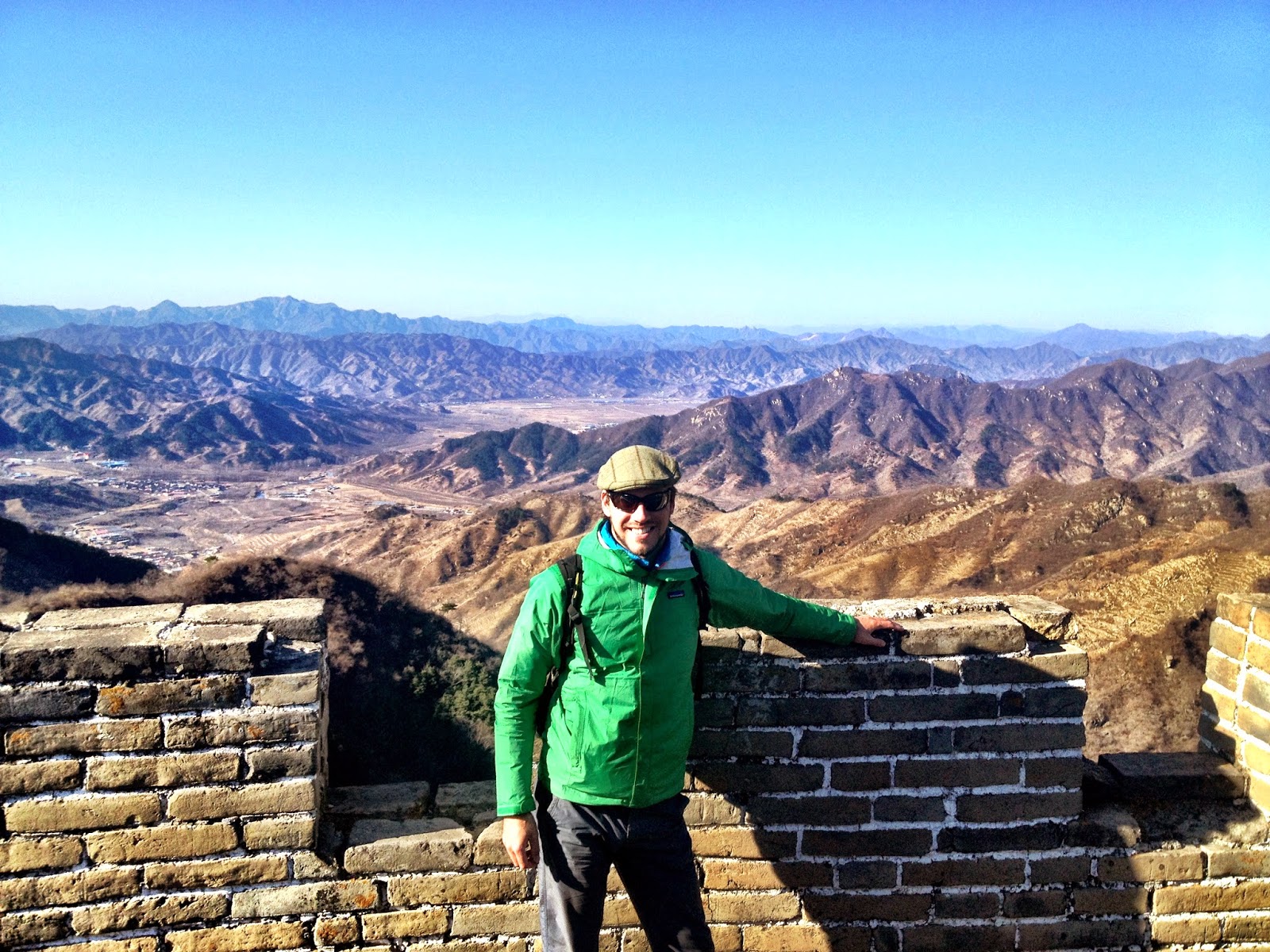 “We specifically got up early because the Great Wall can get very busy”, said our guide, speaking a little like Zippy from Rainbow. “Depending on what time we arrive, you guys should be the first ones on the Wall!” Amazing.

We arrived, hopped off the bus, and made our way up the cobbled path that led to the walls entrance. I assumed there was meant to be small market stalls lining the cobbled street, but the wooden slats looked dejected and unused. It made for a simple passage to the….gondola?

Yes, that’s right, a gondola. You have the option of walking up, but as we saw another bus pull up in the distance behind us, we wasted no time, bought a ticket, and hopped on.

By this time, it was around 8am, and the sun was perfectly placed to light up the sky, and illuminate the Great Wall.

Not only were the views breathtaking, the wall was also completely empty. It was just us, left to roam, and take as many pictures as we wanted. 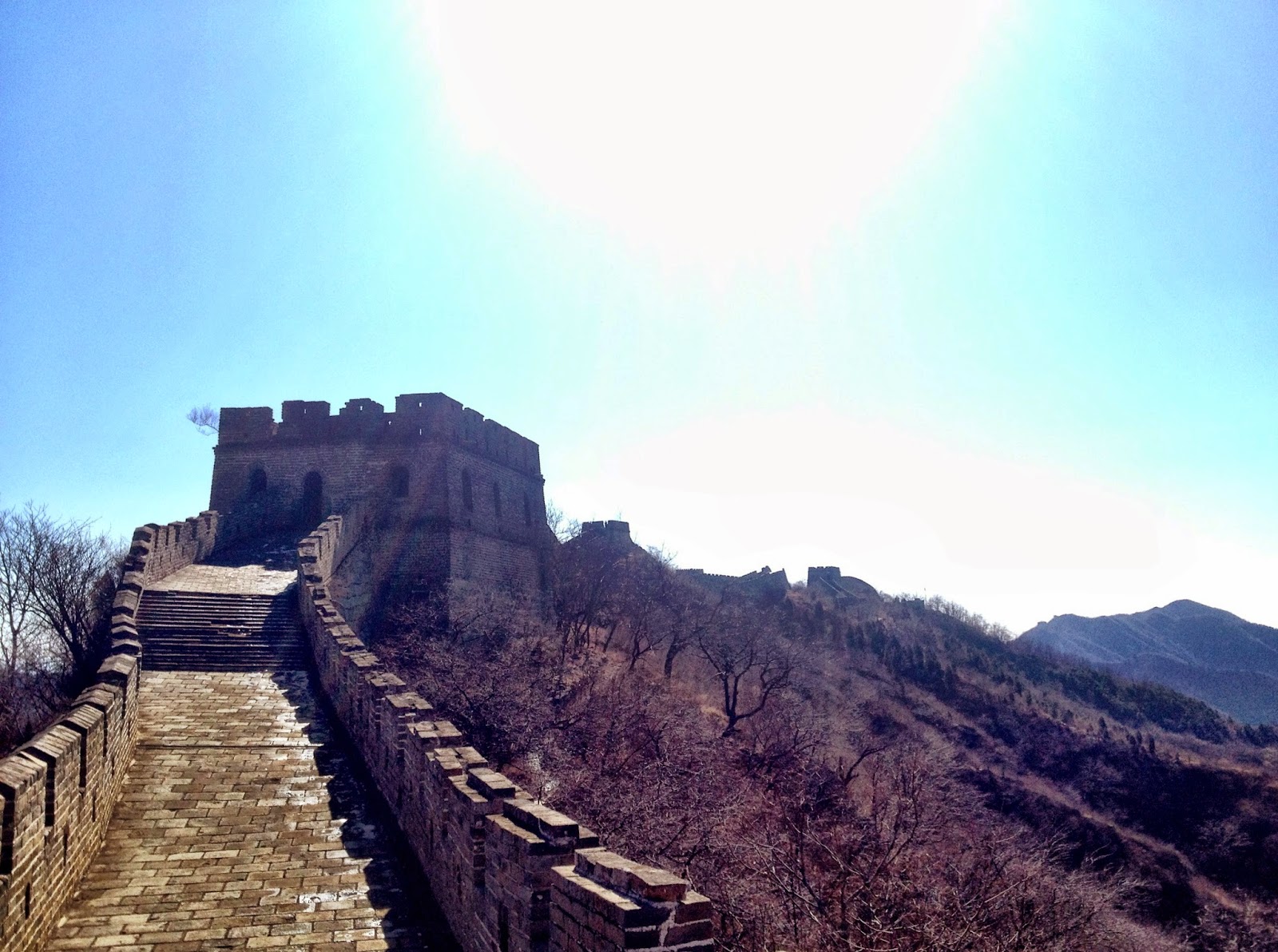 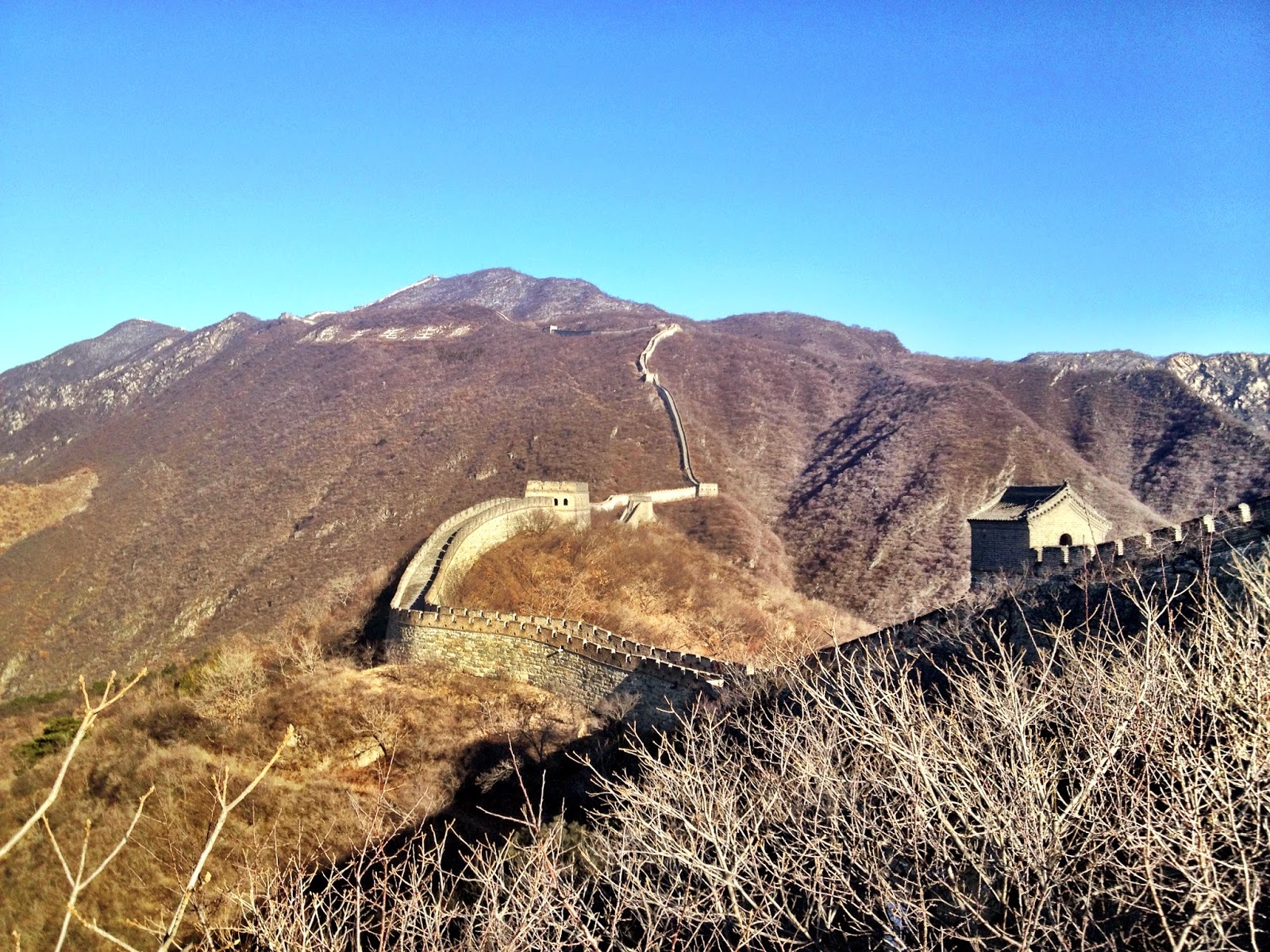 We headed West along the wall, taking in the sights of little turrets, and the mountain ranges that seemed to puncture the horizon for as far as the eye could see. 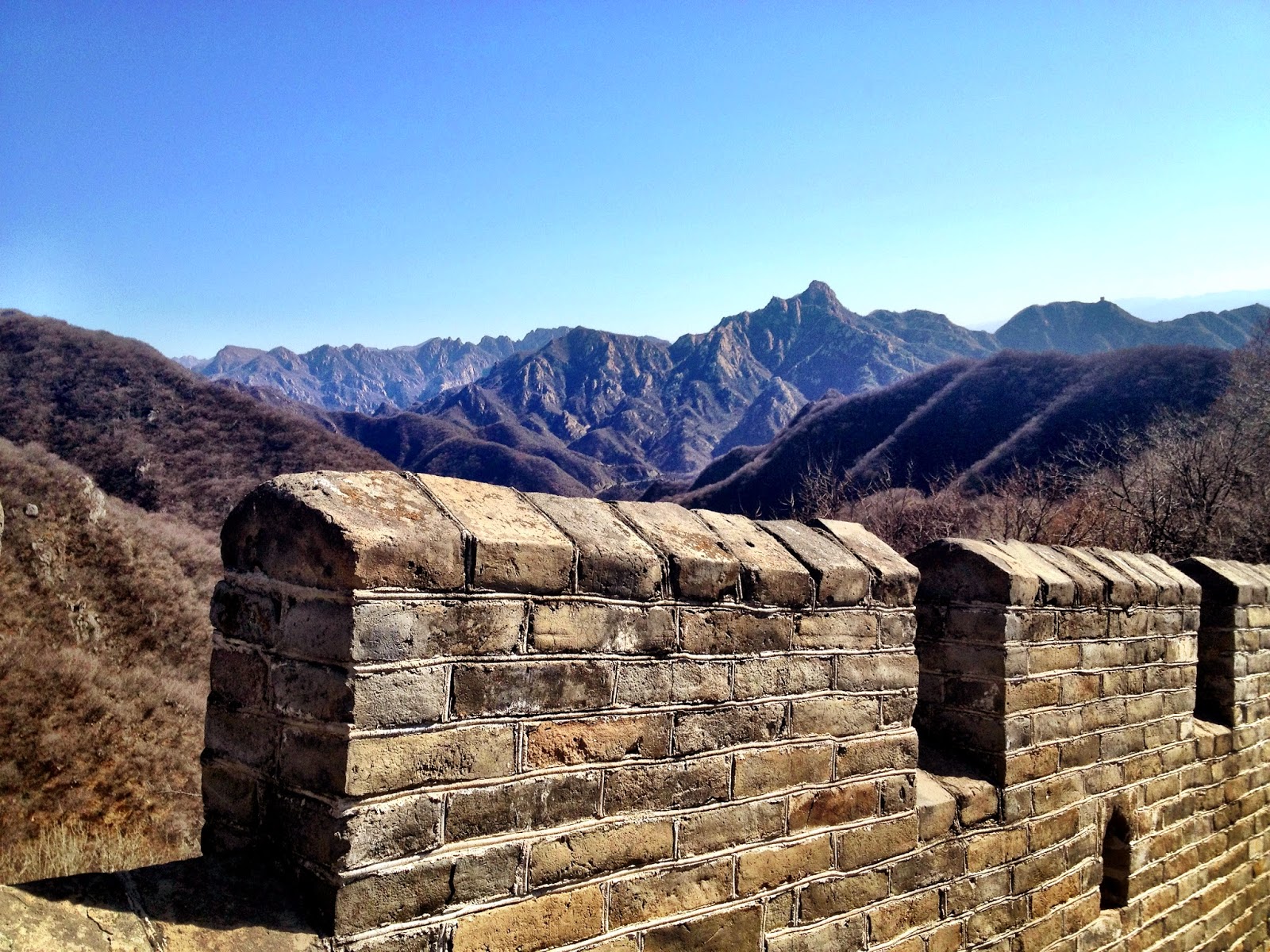 As we turned a corner, I saw a giant, steep, stone staircase, leading to another turret. For reasons I cannot explain, I decided to sprint to the top. A couple of the other lads joined me, and we headed up the steps. One by one we faded, but I kept going until my calves were screaming.

Then, out of the top of the turret, popped out a little Chinese man. “Faster, faster! Haha!“, he shouted. “Who the hell is this little p*ick?!“, I thought, but it spurred me on.

I got to the top, got my breath back (a slap on the back from Mr China Turret didn’t help), and took in the views. They were even better from higher up.

It turns out the Chinese man was a ‘street’ vendor, selling souvenirs and drinks. You can’t really class the Great Wall Of China as a street, but you get what I mean.

As we were the first ones on the wall, and I was the first one to this turret, and Mr China Turret baited me up the stairs, I stole his little Chinese flag for a while. He didn’t mind, but I’m glad I did. We got some great pictures at the top.

You may be thinking “wow, that looks warm and sunny!“. It wasn’t. It was freezing, and there was snow inside the turret walls.

By this time we could keep walking, but we figured the wall was the wall. More tourists had ventured as far as us, and the photos simply weren’t as good. So to keep ourselves entertained, and to warm up, we decided to do a Harlem Shake. We got a passer by to film, and this was the result.

Unlike the way up, we were in no rush, so I decided to walk all the way down.

Amazingly, not only does the Great Wall have a gondola to get you up, it also has the option of a toboggan to get you back down. I stuck to walking, but was amazed how the Chinese could make something so significant, so touristy and money orientated.

As we reached the cobbled path, the once dejected and unused wooden slats were now fully alive, with vendors trying to sell you everything from Barack Obama t-shirts (no, really), through to miniature versions of the Great Wall.

Wherever I travel, I like to escape the tourist trap as much as possible. Venture off the beaten path. Sometimes, especially around major landmarks like the Great Wall Of China, that isn’t possible.

To some extent, he’s right. The tourist sell-aggressively-in-your-face activities took the edge off my experience.

But up on the wall, in the sun, with no-one else around, made the experience one of my favourites in China 🙂

Pablo Escobar: The Curious Story Of Hacienda Nápoles And The Hippos
Scroll to top