Travelling again? Yep, and thoroughly enjoyable once again! Having travelled only once to Germany before, I decided that it would simply be rude not to grace the fatherland with my presence once again. And what better time to do it than during the World Cup. 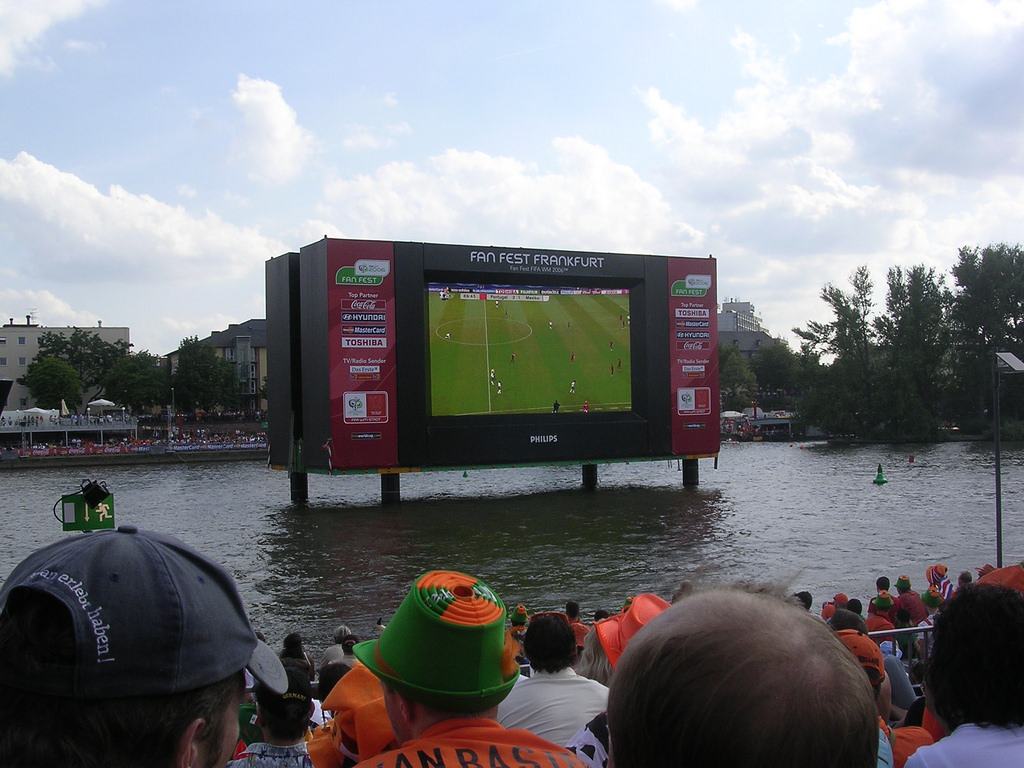 With friends based literally 400 yards from the fan zone in Frankfurt we had a great base to join in the festivities (and drinking).

The focal point of the fan zone in Frankfurt was a giant screen that was erected in the middle of the Main river, providing an ideal viewpoint for all the World Cup games.

Although there was no game in Frankfurt whilst we were there, we managed to catch all the Germany vs. Sweden second round game at the fan zone, with the Germans brushing aside the Swedes in a 2-0 victory.

As usual I did manage to do a few touristy things too (as well as drink myself silly with German beer and Jagermeister) and can’t emphasize enough how nice the German brunches are in Frankfurt. Having a few too many pints the night before prohibited my food intake the next morning, but even still the food was great! 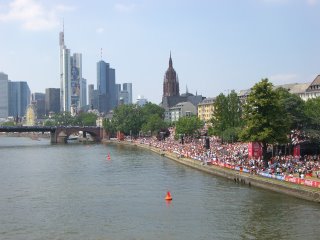 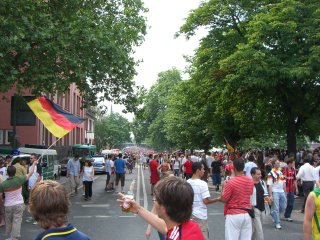 Being English it was slightly against my morals to be stood in a crowd of German supporters in Frankfurt during the second round game, but I wish them all the best. Heck, they’ve done better than England – again. We should take some penalty taking lessons from them though. It’s a sore spot.