Situated at the Southern end of Lake Malawi, Mumbo Island is an example of sustainable ecotourism at it’s finest. There is no electricity, compost toilets, bucket showers, and nothing but solar lamps and a few lizards to keep you company in the evening. It is back to nature at it’s finest. 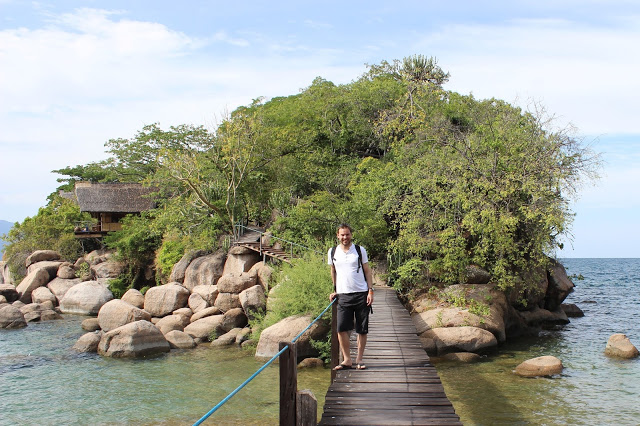 Despite it’s rustic feel, Mumbo Island also has an air of luxury. There are three wooden chalets situated on a small sub-island, reached by a slatted wooden bridge from Mumbo Island’s main beach. These chalets all face West, and have spectacular sunsets and views over Lake Malawi. 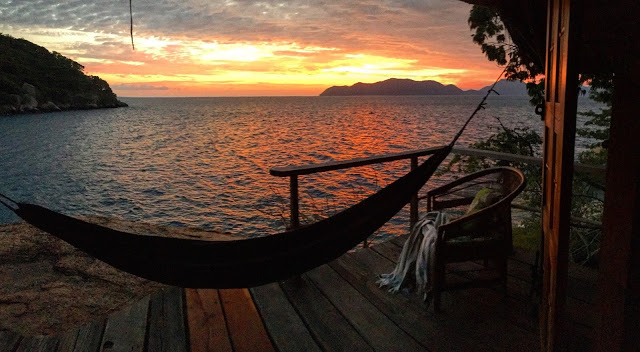 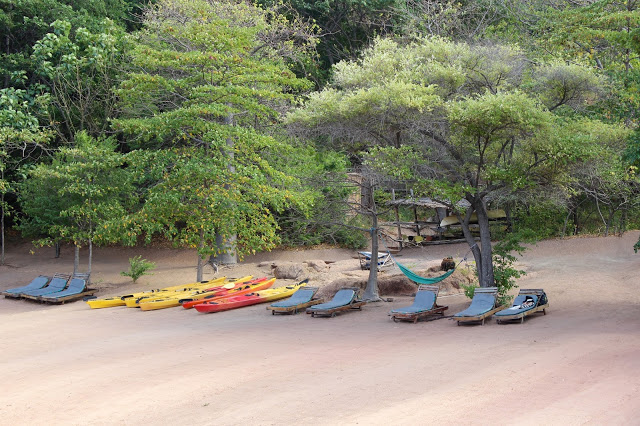 My home for the night was in the family tent, a 4-person unit located on the main island, tucked away in the forest. There is only one place to stay on Mumbo Island, and this is it. The camp can occupy 14 guests in total, making it a great choice for a group retreat. 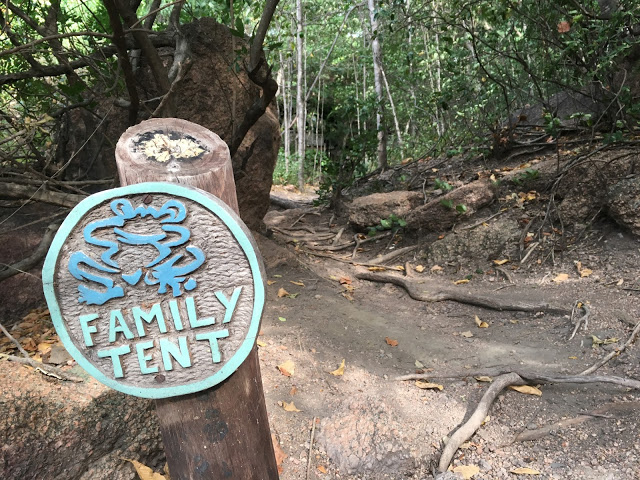 Mumbo Island was recently named one of the Top 50 Sustainable Lodges in Africa. The founders of Mumbo wanted to ensure the camp made as little environmental impact as possible. The island itself is uninhabited, so it remains in a natural state without human interruption. If that’s not enough, Mumbo Island was chosen as one of the top 100 hotels in the world by the Sunday Times Travel Magazine.

THE ISLAND OF MUMBO

Before I arrived at Mumbo, I had no idea how big the island was, how many properties were based on the island, and which animals inhabited the island. Well, the island is tiny (1km in diameter), there’s one camp, and there are some monkeys and lizards. That’s about it. 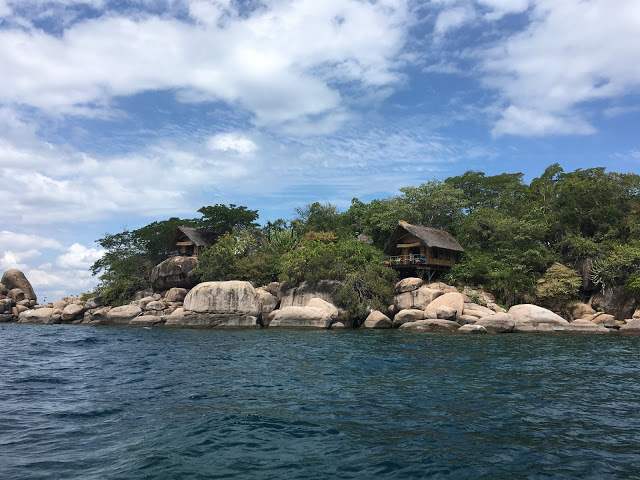 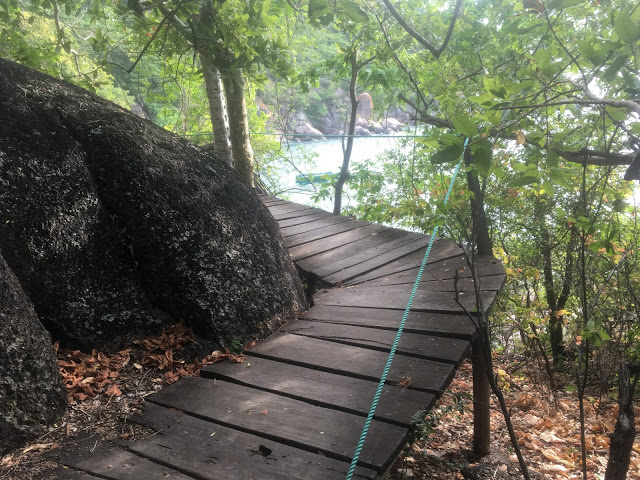 When you arrive on the island, you receive a walking map with a few lookout points. We visited pod rock, the lookout on the other side of the island. On the way back we got lost, but were still only 10 minutes late for dinner. The island is so small and compact, that even when you get lost, you aren’t lost for long.

The real jewel in Mumbo Island’s crown is the incredible crystal clear waters of Lake Malawi, that lap against the main beach and the ginormous sized boulders that give Mumbo Island its picture perfect look.

Lake Malawi has one of the greatest diversity of fresh water species than any other lake in the world. Combined with clear, calm waters (this is a huge lake, not a sea with tides remember), Lake Malawi National Park provides some of the best freshwater snorkelling and SCUBA diving in the world. 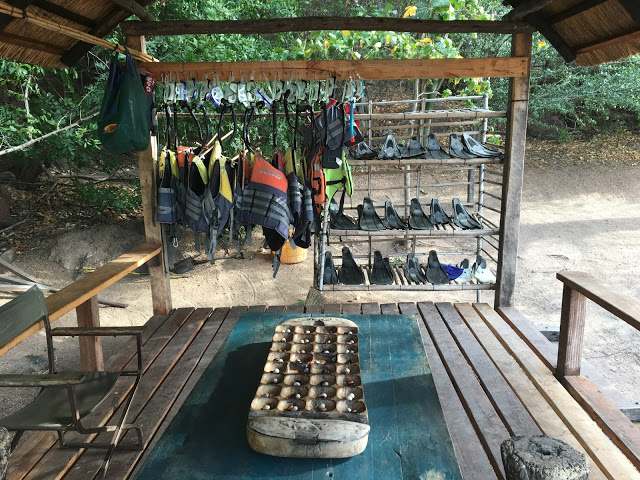 “I try and take all families and kids snorkelling at least once“, said Franc, the camp manager. “You can dive, snorkel, swim, kayak, dive into caves, rock jump…it’s an adventure playground“.

Then came the 9 metre cliff jump. The last time I did a cliff jump was after white water rafting in Rotorua, so thanks to that experience the nerves were at a minimum this time around.

WAITED ON HAND AND FOOT

The communal diving and living room are situated above the main beach on Mumbo, and meal times are announced courtesy of a large drum and wooden frog, the communal call that can be heard across the Southern part of the island.

The menu varies each night, with a combination of salad, rice, beans, meat, fish, stews and bread providing a wholesome, fresh dinner during your stay.  Breakfast is a similar story, with eggs, bread, fruit, muesli, tea and coffee being provided for you each morning. 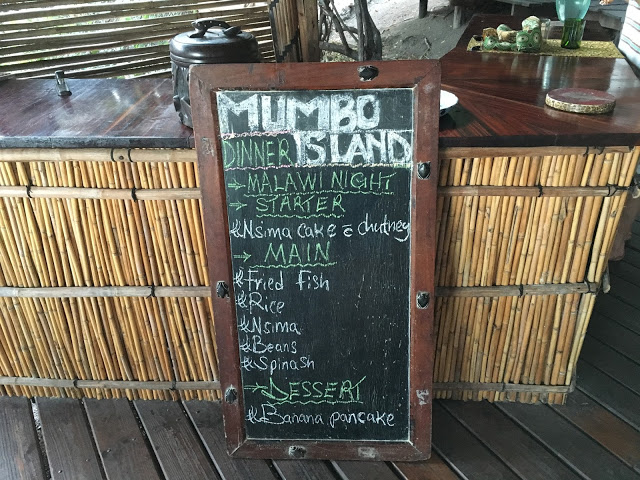 If that wasn’t enough, the team at Mumbo really do go above and beyond, especially when it comes to shower time. Simply state what time you would like a shower, and the staff will boil some hot water for you, add some cold water to make it the perfect temperature and then add it to the bucket shower, providing you with a warm shower, as you keep an eye on nature over the bathroom bamboo wall.

A RELAXED FAREWELL FROM MUMBO ISLAND

The journey to and from Mumbo Island takes around 45 minutes from Cape McClear. By the time your boat arrives to transport you back to the mainland, you’ll have a sense of “I don’t want to leave“. On the plus side, you’ll leave feeling incredibly relaxed, so trust me when I say your farewell to the rustic island will be a happy one 🙂

After Huntingdon House, Zomba market, Liwonde National Park, and Club Makakola, Mumbo Island was my penultimate night in Malawi. There was one evening remaining on the mainland, and that was an Damforth Yachting…

Check out the full video of my Mumbo Island experience below!

Disclaimer: I visited Malawi thanks to an invitation from South African Airways and Malawi Tourism. While the trip was sponsored by them, the views and opinions I present here are explicitly my own. To find our more about Malawi, please visit the Malawi Tourism website, and for more information about Mumbo Island, please visit Mumboisland.com.

On Safari In Liwonde National Park