Blog - Latest News
You are here: Home / 8 Apps I Couldn’t Live Without When Travelling The World
My iPhone 4S was the only piece of technology I took travelling with me. Initially I wasn’t going to use it much, but the day before I left, I was encouraged to post something on Facebook every 3 or 4 days, just to let friends and family know I was still alive.

That all changed 2 weeks into my trip. Whilst trekking through the jungle in the Tayrona National Park, North Colombia, the heavens opened and it chucked it down. Proper, heavy rain. It was almost as though someone was holding a massive hose pipe, making sure the tap was fully open. Everything got drenched, including my digital camera (RIP little camera).

From that moment on, my iPhone became my main camera, and I used it daily. The remaining 1500+ photos were taken with Camera+, so that seems a fitting place to start my list of apps I couldn’t live without on my 6 month trip.

Without doubt, Camera+ is the best filter-based photography app on the market. It’s been incredibly humbling to receive praise from friends and family for how amazing my travel photos are. That is all down to Camera+. I convinced many people on my trip to download the app and use it as their camera for their travels. It wasn’t difficult. It sells itself. I’ve since spoken to the lovely team behind the app and hope to collaborate with them to create one huge photo book. Fingers crossed.

Another app I used a lot to capture scenery was 360 Panorama. Scrolling through a finished panoramic picture on my iPhone was very satisfying, but that paled into insignificance when I saw the panoramas on a bigger screen. It’s simple, easy to use and creates some fantastic 360 degree shots. Put your mouse cursor over one of the images below, left click, hold, and give it a spin.

Whenever I travel to a new city, the first thing I do is get a map. I always like to get a sense of where I am, what’s around, and distances and directions to the nearest sights, bars and restaurants. Often the maps in South America lacked that detail, so Google Maps always came up trumps. I also used it to navigate around New Zealand when I was driving in my campervan. Used in conjunction with the Rankers website, it was very useful for finding campgrounds. 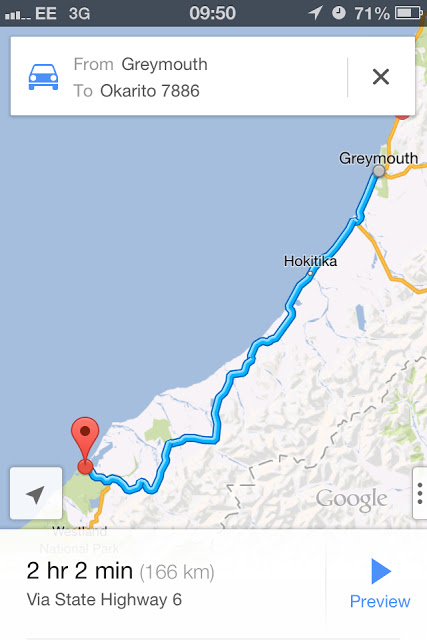 Out of my 5 months of travel, around three and a half months were spent in hostels. Hostelworld came in very useful for finding and booking a hostel before I landed in a new destination. With good maps, pictures of each hostel, and in app booking it was perfect for hopping between one place and the next, knowing I’d already have the first nights accommodation sorted. The rest of the time I just wandered around and found a new place to stay. Usually using Google Maps.

I’m a very independent person, and however good hostels are, you just need your own space. Hotels were outside my budget, so I tried Airbnb. They’ve been getting some bad press recently, but I couldn’t recommend them enough. To take a break from hostel life, and to improve my Spanish, I stayed with a local girl in Santiago. It was a fantastic experience. Airbnb also saved my bacon in Auckland when all the hostels and hotels were full, I found a centrally located apartment for almost the same price as a hotel. If you want to stay with locals, or take a break from hostel life I couldn’t recommend Airbnb enough. If you’re budget doesn’t quite stretch to Airbnb, give Couchsurfing.com a try. The accommodation might be in someones spare room, or on the couch, but hey, it’s free.

SayHi was invaluable in South America. It’s an interpreter app, so allows you to say something in one language, and then it spits out the translation in another language. It allowed me to communicate with locals in Spanish, ask directions, and help translate words from Spanish to English. It’s not great of translating from one non-English language to another non-English language, but I’m sure the SayHi team are working on those bugs. 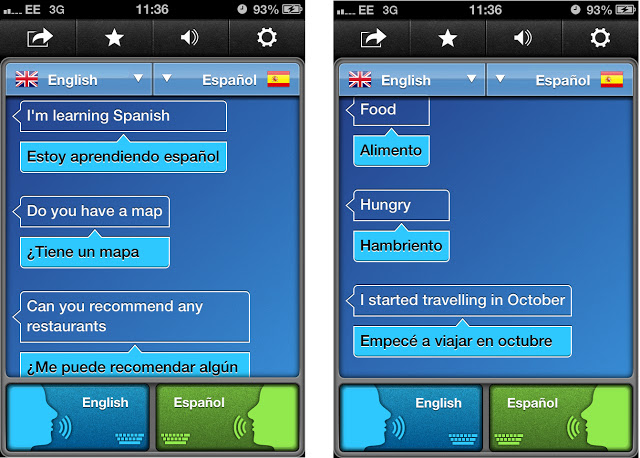 I wrote a separate post recently about Vine, because it was a joy to play with in New Zealand and China. Each Vine is like a six second video postcard, which you control and create. It allows you to share your travel experiences in a completely new way. A simple, raw, unedited way. I even got a comment from Stephen Fry on one of my Vine’s from China. The Vine team need to work on a ‘save draft’ and ‘continue recording’ function as I lost many amazing Vines in China, particularly one on the Great Wall. It was only released in January, and has made big steps and bug fixes since then, and I’m sure it will continue to grow in popularity and usage.

I booked all my flights with Round The World Experts, and once the confirmation was sent through, I realised all my flights were with British Airways and Qantas. Even though you carry all the flight details on paperwork around with you, they can often be left at the bottom of your rucksack, not to be seen for many weeks.  This app came in incredibly handy because I could check in online and get my boarding pass on my phone (printers are difficult to come by when travelling!) and I could keep on eye on flight times, dates and schedule changes.

I hope you find the list useful, and I strongly advise you have a go at using Vine, Camera+ and 360 Panorama to capture some of your travel images. Let me know how you get on!

Why I Became An Organ Donor