I’m not a food blogger. Not really. But I do love good food. Especially steak. And wine. So when I was invited to explore the top floor of Smiths of Smithfield restaurant in London, and presented with three courses of quality rare breed beef, AND two fine wines per course, it was something I had to tell you all about.

I’d heard a lot of good things about Smiths of Smithfield before I arrived, so helped myself to Sipsmith’s gin and tonic on the ground floor, and then climbed the stairs to the top floor, exploring as I went, and knowing full well I’d need every ounce of space in my beef craving belly by the time I got to top.

With my jacket whisked from under my arm, I began mingling with the other guests. Pleasantries over, I then noticed the setting. The top floor has a large terrace with fantastic views over East London, looking towards the Shard, with ceiling to wall glass windows for those wishing to take in the views from inside. 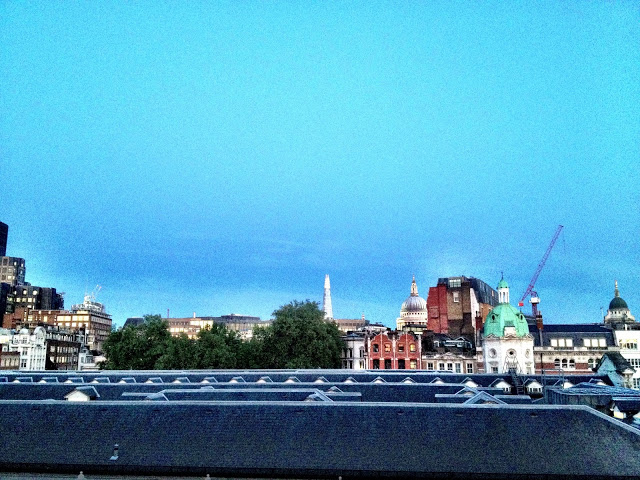 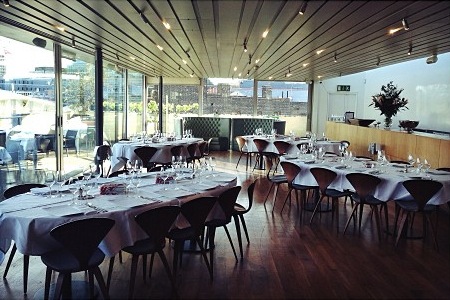 With a Nyetimber English sparkling rhubarb bellini in one hand, the waiters obviously noticed my other hand was free, and so began waving canapés in front of my nose. I gleefully worked my way through each one. The main part of the evening commenced, and the tweets began.

With the canapes out of the way, it was down to the serious business. A huge, 35kg piece of Devon beef was brought up from the kitchen, and we were given a butchery lesson from executive chef, Tony Moyse. 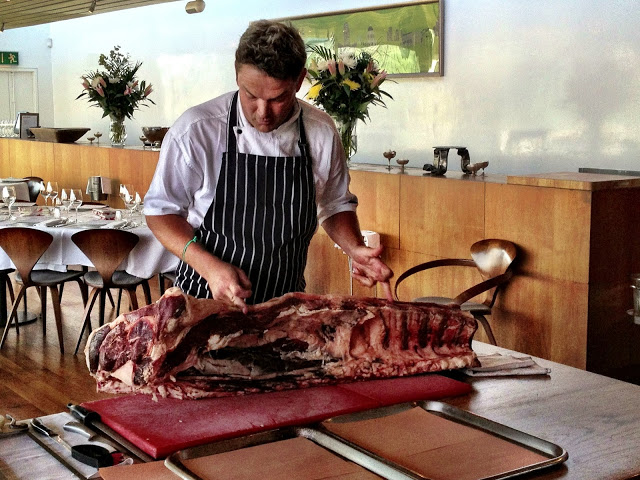 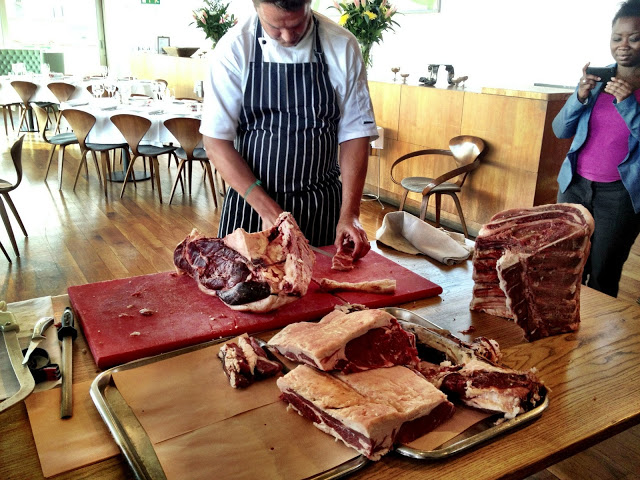 With the sirloin, rump, ribs and fillet laid out before us, it was time to take our seats and taste what Smiths of Smithfield had to offer.

First up, South Devon beef carpaccio AND tartare, with a slow cooked yolk, capers, shallot, gherkin and ponzu dressing. I love my beef carpaccio, so this got a big thumbs up from me. 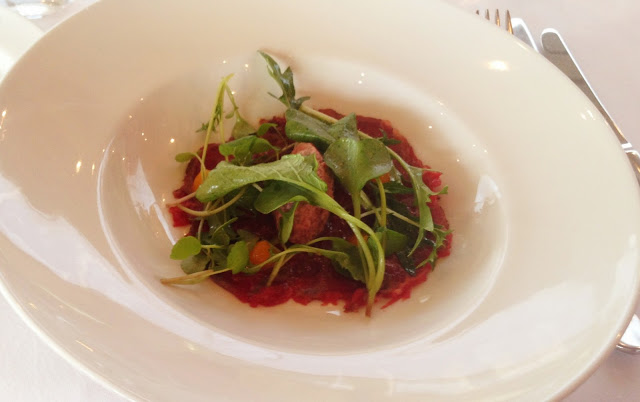 I was so focused on the tasty carpaccio, that whilst I was mid chew of the tartare, Master of Wines, David Gleave (Liberty Wines) talked us through the wine which was paired for the course. 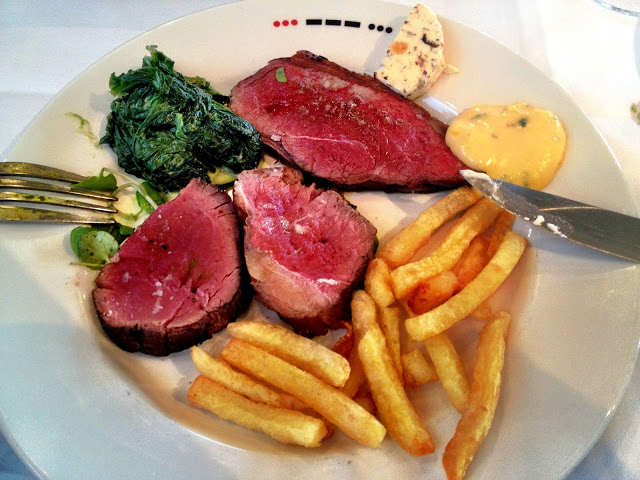 Each piece of beef was cooked brilliantly – the fat on the rump giving it an amazing flavour, the melt in the mouth fillet, and the tasty sirloin. It was a meat party, and I was invited.

I didn’t forget the wines for this course. Barolo’s are one of my favourite red wines, and this 2008 Massolino number was one of the highlights of my night.

With the rare breed beef stacked on top of the tasty carpaccio, it was time for one final layer – Eton Tidy, a nice spin on one of my favourite summer desserts. 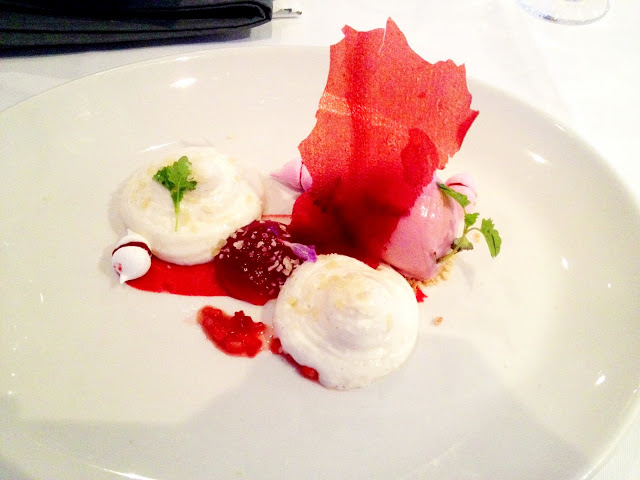 8 Apps I Couldn’t Live Without When Travelling The World

A Foodie Tour Around Hong Kong
Scroll to top