When I was growing up I was never really close to my sister.

We had a lot of things in common, but we also did a lot of things…differently. It was only really the last few years that we grew close again. I haven’t lived at home since I was 18, so space and time helped I guess.

All that changed when she gave birth to a beautiful son, Jack, back in January 2012. I became a very proud uncle for the first time, and she became a wonderful mum.

Most people are biased and will tell you that their niece or nephew is the most beautiful baby in the world…and I will happily join in and challenge them. Say hello to Jack, aged 18-months, enjoying a bus ride in Edinburgh 🙂 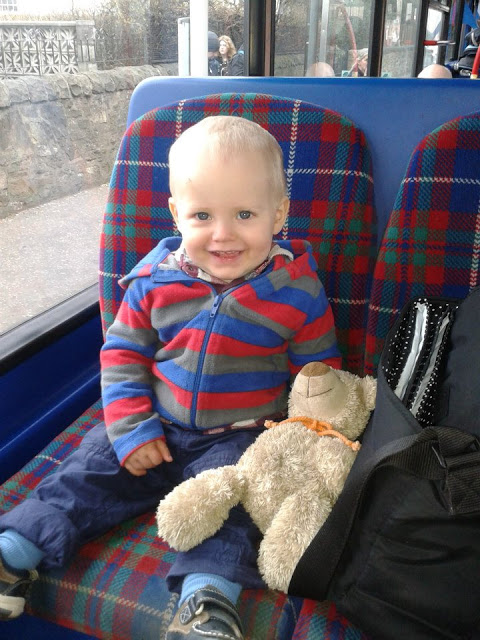 I came back from my travels in mid-March, spent a weekend skiing, Easter in the Lake District, and then finally home, for the first time in 6 months.

That timing could not have been more important.

It was great to be home, great to see my family and my sister, and great to see my now walking nephew. We enjoyed drinks in the local pub on the Friday night, and on Saturday afternoon I headed back to London on the train, leaving my car to be fixed at home. I would come back on Tuesday morning to pick it up.

On Sunday afternoon I got a call from my mum saying my sister had been taken into hospital, after feeling dizzy and nauseous, and that she was stable. I didn’t think anything more of it, knowing that she’d be fine, as she was feeling under the weather on the Saturday morning.

Then, on Monday evening, my world started to fall apart.

I received a call from my brother, who was in tears. That set alarm bells ringing.

He told me my sister’s condition had worsened. She had been taken into intensive care with fluid on the brain. Her partner had called my mum and dad into the hospital, which – in my family – is unheard of unless it is very, very serious. I tried to reassure him she was in the best possible place, but part of me became very, very anxious.

I arrived back home to floods of tears.

It sent shockwaves through me.

I headed straight to the hospital. My sister was on a life support machine with at least a dozen drips in her arms. Everyone was in complete shock.

I stayed with her until 4:30am in the morning, until my body finally needed rest. I stayed with my mum and my sisters partner in the hospital to support as best I could.

The next morning I went to drop off my car at a garage near the hospital, purely to get some air and a change of scenery. It was on my way back, walking along the road, that everything finally hit me. I completely fell apart and had to sit on someones front rockery as I couldn’t even stand, tears streaming down my face. At least the rockery plants got a good watering.

Late on the Wednesday morning, we finally received the news we’d known was coming. After final brain stem tests, my sister had passed away, the fluid on her brain causing limitless pressure. The final cause of death: bacterial meningitis.

Without even having time to think, we were in front of the organ donor and bereavement team, in the same hospital waiting room we’d spent the previous night. My 25 year old sister had healthy organs, and was a registered donor. We weren’t surprised – she always wanted to help everyone and anyone, whether they wanted help or not. She was that type of person.

The surgery took place that night, and we were informed that her kidney was already top of a critical waiting list, and that it would make it’s way to Leeds to help ease someone else’s pain that following morning.

Right there, in that moment, it all became clear. My sister would strive to help anyone when she was alive, and even hours after her death, she was helping save someone else.

That’s when I knew I had to become an organ donor.

The following 4-weeks are now a complete blur. I stayed at home, and all my travels, my car problems, work, and all the other little issues paled into complete insignificance.

At my sisters funeral the church was so full that people were standing four lines deep at the back. As a family we received hundreds of cards and messages, which just showed how many lives she touched, and how sorely she will be missed.

I live life to the full, as did my sister.

She was smiling, and always jolly, and so am I. All I could think was ‘what would she say if she saw me, not joking or laughing?‘.

Easy. She’d tell me to stop being a dick and get on with life.

That’s easier said than done, but that’s what I did, and will continue to do. Time is a great healer, and knowing she was proud of everything I’ve achieved will spur me on.

Next summer, I plan on doing some sort of activity with friends and family to raise money for Meningitis Now. Part of the frustration we experienced was not knowing how she contracted meningitis. We were left with too many questions.

Their research needs to be funded so future families don’t experience the same frustration and the same pain, and that meningitis is diagnosed early so future cases don’t become life threatening.

If my sister used her knowledge and skills to help friends and family through the strife of life, then she’d also want me to use my skills to push organ donation and raise awareness for Meningitis Now, and I hope this story goes some way to achieving that. **Update** in July 2018 I founded my own company, novel, from which 3% of all client fees are donated to Meningitis Now.**

This post also allows me to say a huge thank you to everyone who has sent messages, cards, offered donations and simply been there for support. Not just for me, but for my whole family.

My sister, her partner, my dad, my brother (and more alarmingly Jack) love their ale, so I thought it only fitting to get us each a tankard, engraved in her memory.

“Go on lad, have what the barmaid says, because every sip will be in memory of Donna Michelle Heyes”

So here’s to my sister, and the long fight against the work of the devil that is meningitis. 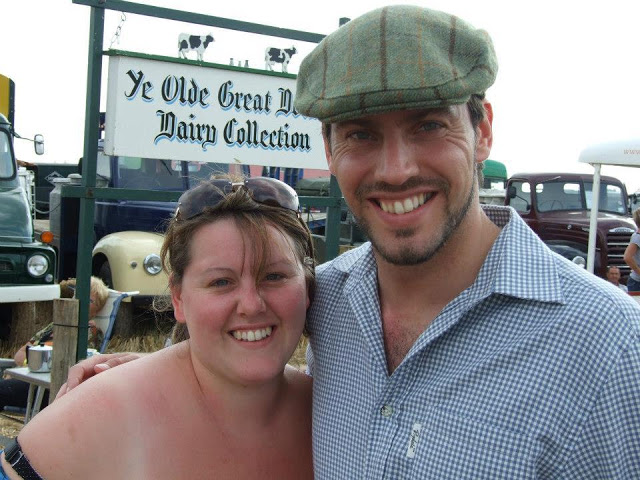