Blog - Latest News
You are here: Home / The Sony Bravia Advert – Funky and Fun!
View the Sony BRAVIA advert at the bottom of this blog post! The Sony BRAVIA advert that was aired in the new year is fantastic. Adverts normally bore me senseless, but you couldn’t help but gawk at the TV screen when this advert came on. 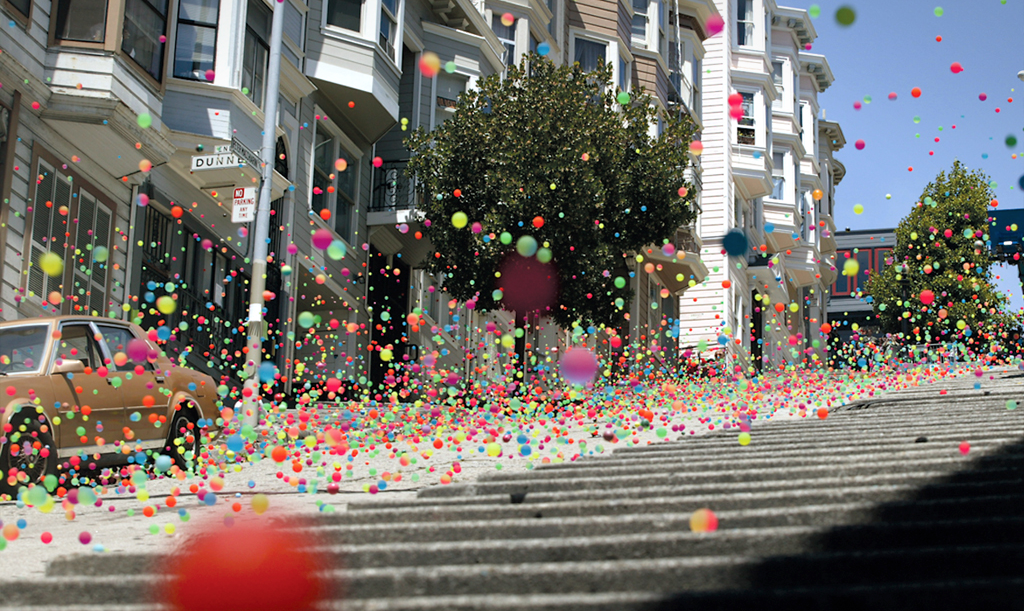 If you haven’t seen it, the advert was set amongst the rolling roads of San Francisco and Sony released thousands (250,000 to be exact) of bouncy balls down a steep, empty street. What a sight…

And it gets funnier. Releasing 250,000 bouncy balls down a street can be pretty destructive, so even the camera crew had to wear protective clothing to ensure they didn’t get hurt! Imagine the insurance claim – ‘Cause of Injury: impact by thousands of bouncy balls’. Nice.

There is even one frame in the Sony BRAVIA advert where they catch a frog jumping out of a drainpipe – nice touch. At first I honestly thought the advert was done through clever graphics, but the Sony BRAVIA team have released brief footage of how they filmed the advert – well worth a look!

Without doubt this is one of the best adverts around, but as usual, it’s not just the images and footage that made this ad. The song ‘Heartbeats’ from Jose Gonzalez was the perfect complement to the advert and really made it superb.

It’s been said before, but I’d like to see more adverts like this, more often. So a big round of applause to Sony BRAVIA for making adverts worth watching again!

Listen to Music Online with Pandora! Dubai – A Cultural Delight
Scroll to top