Prior to Match this year, I’d never been to the Gower Peninsula, and I’d never heard much about it from a walking point of view, so didn’t really know what to expect from Oxwich Bay and Three Cliffs Bay.

But my word, what striking beaches and bays they both are.

The Gower Peninsula, or Gower was the first area in Britain to be designated as an area of natural beauty (AONB) in 1956, and as you’ll see from the photos in this post, the coastal area is blessed with a varied landscape that includes dramatic cliff tops and beautiful beaches.

My base for the weekend was at the Oxwich Bay hotel, which sits in Oxwich, which I’ve used for the start of this coastal walk route.

If you were to walk from Oxwich Bay to Three Cliffs Bay by road, it would take around 1 hour and 20 minutes. But when the tide is out, you can walk right along the shoreline, hop up on the cliff top and hike around the corner to take in the striking views of Three Cliffs Bay, which would take about an hour.

As such, I’ve created a circular walk for you between Oxwich Bay and Three Cliffs Bay, which takes in some of the inland scenery as well as the stunning coastline, as a means of a little variation.

Have a look at the map below. It might not work on some mobile devices, so please use this image instead. 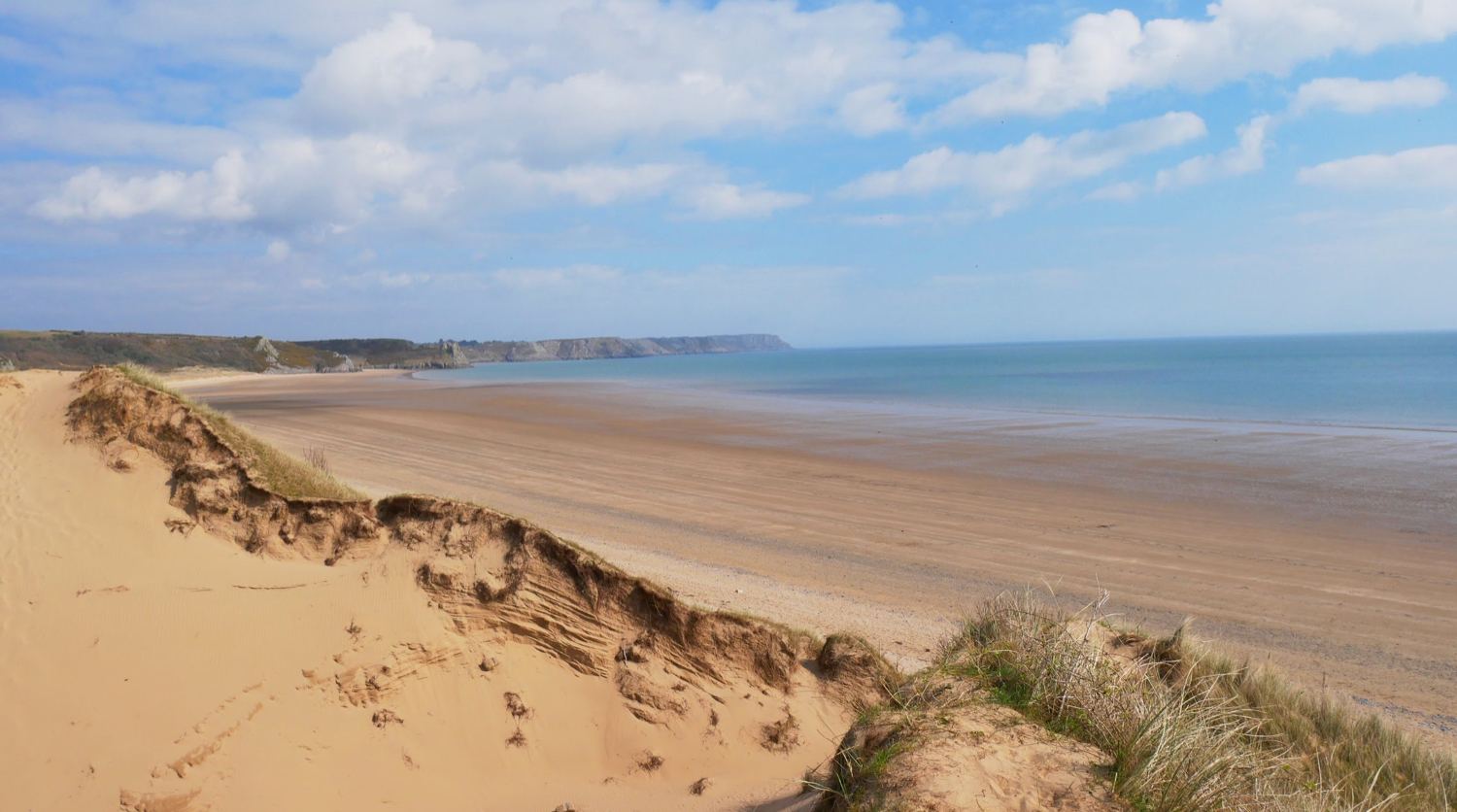 Overlooking Oxwich Bay beach, from the highest point on the sand dunes

Hike the final 1.5 km along the cliff top, taking in the striking views of the coastline and over Three Cliffs Bay. 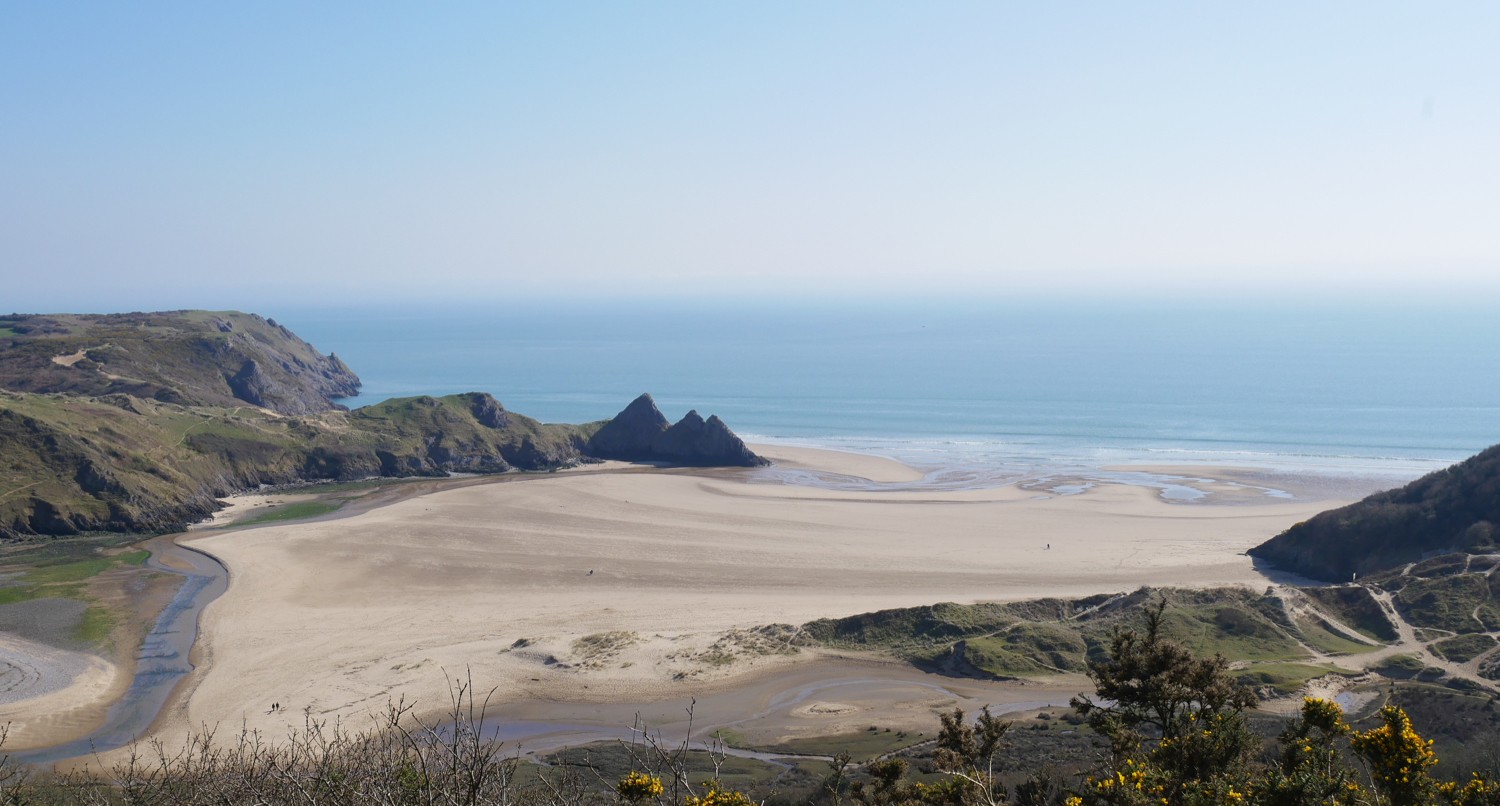 The hike down to Three Cliffs Bay beach is slightly steep, so be prepared to come back up if you go all the way down, as it’s the same route back to begin with 🙂

On the way back, ignore the path you took up from the beach, and stick to the headland. Follow the path into Nicholaston Woods, and snake your way North, exiting the woods and heading towards the A4118.

This route will take you back onto the road for a short distance, and then into the Penrice Estate and past Penrice Castle, before dropping down into Oxwich. 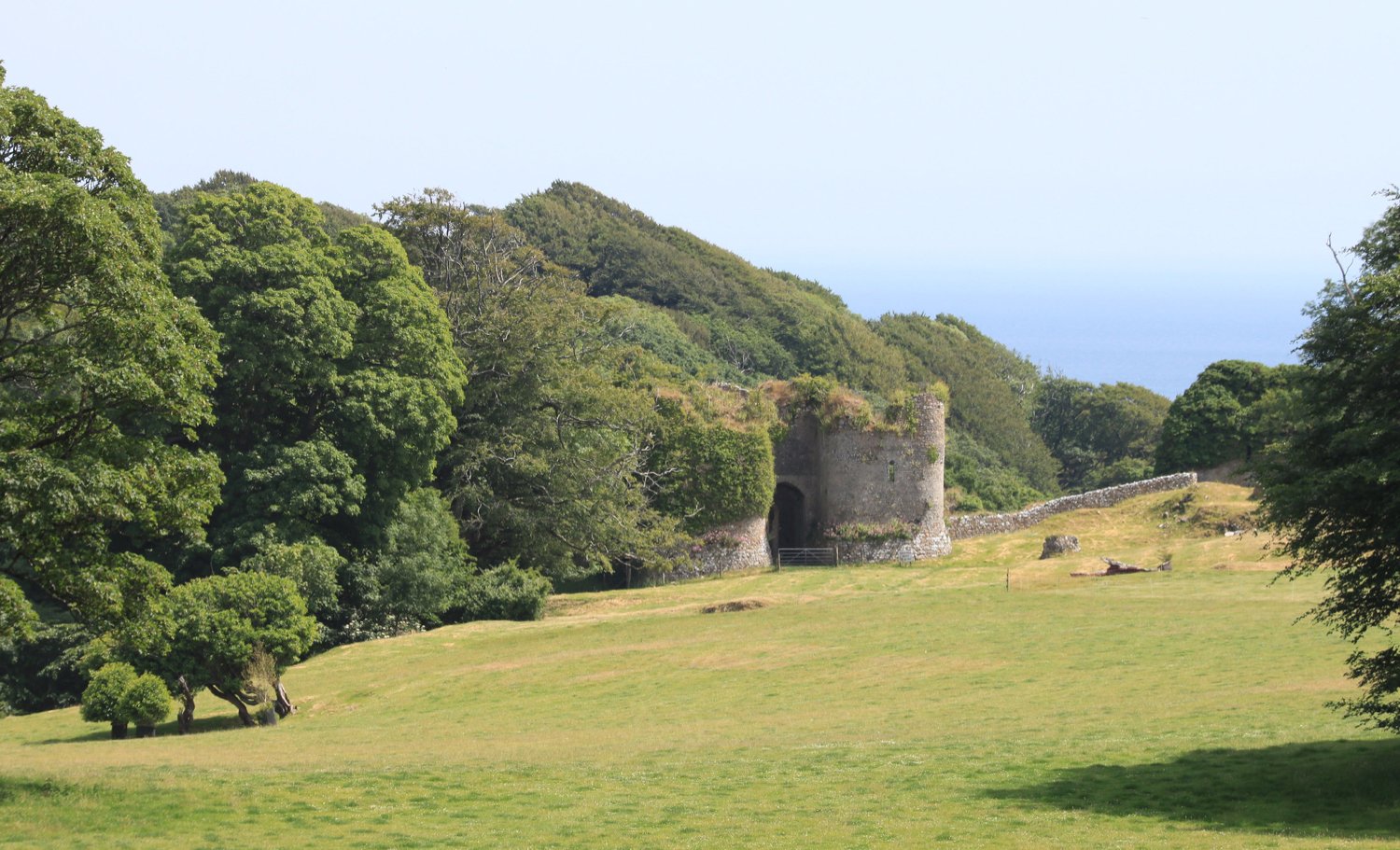 The total route distance is around 12km (7.45 miles) and should take between 2.5 – 3 hours hours, depending on your fitness and how often you stop.

CHECK OUT THE VLOG

If you can’t make it to Oxwich Bay anytime soon, catch some of the highlights of my coastal path walking around Oxwich Bay and Three Cliffs Bay in the vlog below.