Blog - Latest News
You are here: Home1 / France2 / 6 Of The Best Ski Runs In Meribel 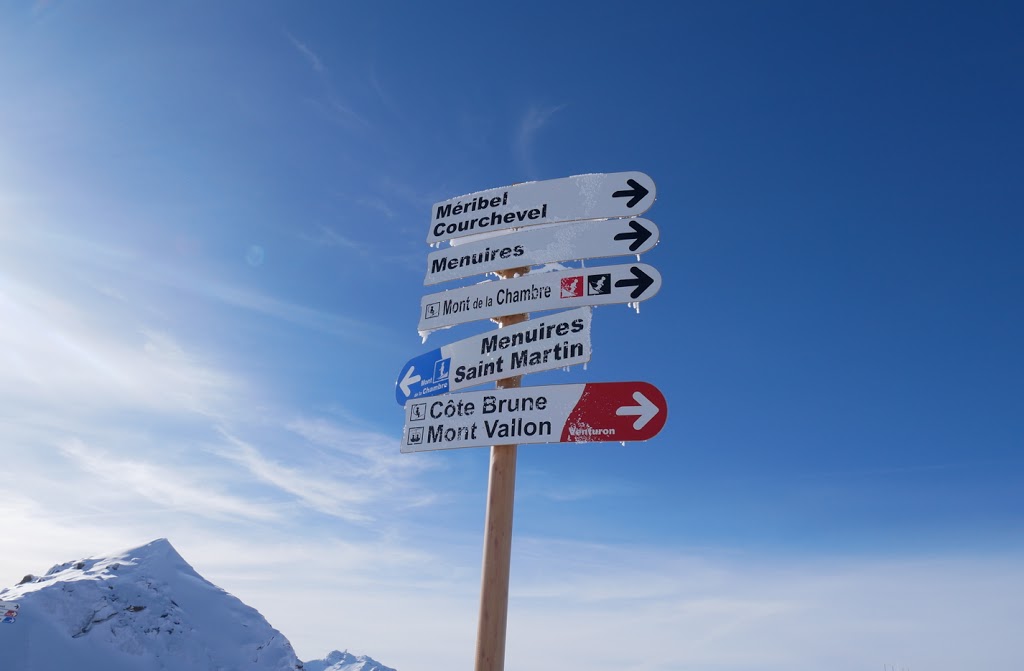 What a week of skiing that was! I pretty much covered the entire Three Valleys ski area, including the ‘fourth valley’ Orelle.

With so many runs and pistes under my belt, I thought I’d pick out my best red and blue runs in the Meribel valley for you to find and enjoy 🙂

Combe de Vallon – this red run needs snow good conditions, but it is one of the longest runs in the Meribel valley. Starting at Meribel’s highest skiing point, the Mont Vallon (2952m), it begins steep and narrow, and then twists and turns, widens, and then keeps on going for a total 1000m drop down into Meribel Motteret. Bliss.

Roc De Fer – my favourite Meribel blue run that starts at the top of the Olympic ski lift, on the Tougnete side of the mountain. This East facing run gets the sun in the morning, and the panoramic views at the top of Roc De Fer are some of the best in the Meribel valley.

Check out the video below to see the views of the run off Roc De Fer:

Biche – Starting at the top of the Saulire Express, this a lovely blue which winds its way down past the La Folie Douce. Take a left onto Marmotte and you hit a lovely wide, rolling blue which turns into a nice green run through the trees and lands you back into the showdown (Meribel centre). This run is best just after lunch once the sun has started to hit the slope.

Niverolle – this lovely red starts slow, but turns into a beauty of a run. Once you navigate its entrance, you are presented with amazing views of the West side of the Meribel valley. Wide and narrow, gentle and steep, with lovely views all the way down. At the mid station of the Pas du Lac lift, this red run turns into Aigle, but don’t let that put you off – it’s a great run all the way down to Meribel Mottaret.

Boulevard De La Loze – probably the least technical blue you’ll experience in Meribel. Starting at the top of Col De La Loze, Boulevard de la loze is a narrow blue run where you can put your hands and poles by your side and simply take in the views. Barely any turns needed here, just soak up the views of the Meribel valley 🙂

Lagopede – only a short red run, but a great one to get your turns in. With stunning views of the East side of the Meribel valley, this ski run starts at the top of the Roc De Tougne lift, and allows you to choose various red and blue run routes down into Meribel Mottaret.

Do you have a favourite ski run in Meribel? Let me know in the comments below! 🙂