In 2012 a friend of mine invited me on his stag do near Santander, Spain. It was a surfing stag do. Some of you may think “that’s weird“, but it was right up my street. As well as surfing the Spanish waves, I also got a taste of some of the amazing food that is served up in Northern Spain.

Fast forward to last month, and I was invited to a food tasting event with Basque Country Tourism, and I couldn’t wait to rekindle the smells and tastes of Spanish tapas dishes.

The #UKCooksBasque event wasn’t your average foodie event though, oh no. This was a food building class and pintxos competition at Bilbao Berria, London.

Nope, not a cooking class, a delicious pintxos building class. A pintxo (directly translated as ‘thorn’ or ‘spike’) is a traditional snack eaten in the Basque Country, and we were about the learn all about them. 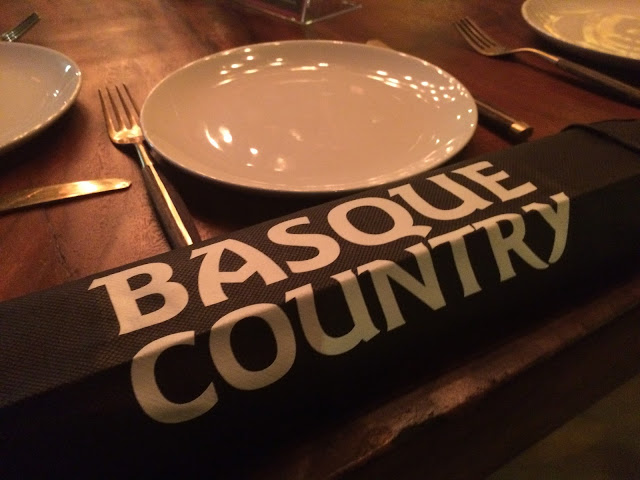 Bilbao Berria’s resident chef took time out from the kitchen to explain the ingredients of a typical pintxo, and how to create one.

First up, we were given a chilli pepper, sliced spring onion, sliced red onion, a lemon vinaigrette, some seared tuna, pickled anchovy and a quails egg. We were told that a pintxo generally follows the rule of meat, fish other…meat, fish, other, and repeat. Easy rule to remember. 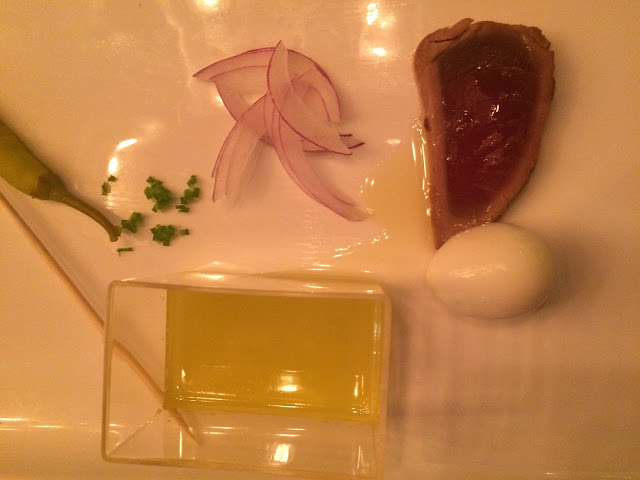 Me being me, I made it very quickly and made the most of every mouthful. OK in truth, in only took two mouthfuls, but it was delicious – especially the pickled anchovy fillet!

Pintxos come in different shapes and sizes, with different ingredients, and often don’t come on a ‘spike’ at all. In fact a lot of the Basque Country tapas food is served on slices of warm baguette.

There is anchovy with roasted red pepper with a side of cream…. 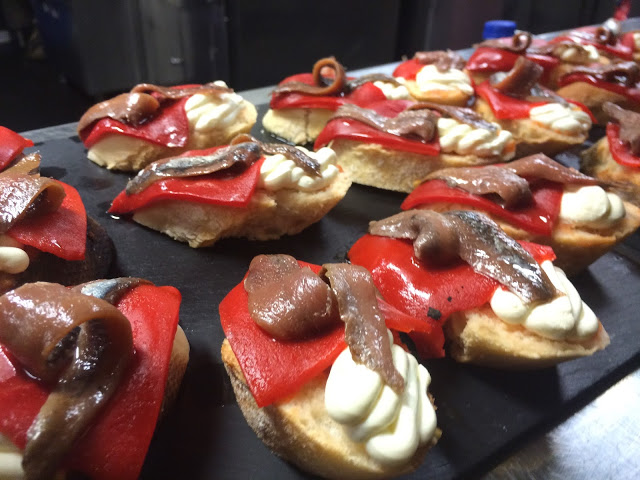 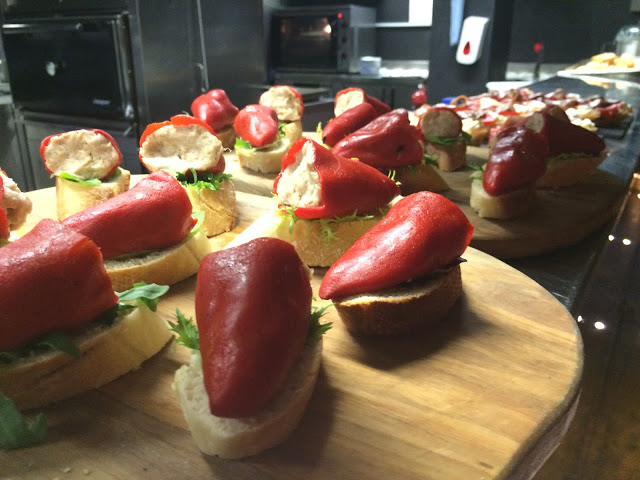 ….and cooked chorizo and courgette. Yum! 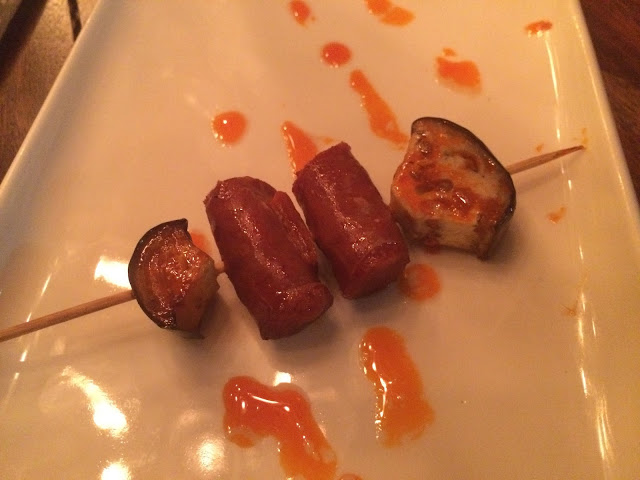 But once a little food and wine was consumed, it was time for the competition to begin. The winners of the competition would be chosen based on their pintxos look, taste and name, AND for their contribution to social media throughout the evening.

Our pintxo ingredients were put on the table in front of us. Remember the rule – meat, fish, other. This time around, we had different breads, cod, Iberico ham, smoked salmon, a quails egg, a pickled red pepper, red onion, an olive, capers, spring onion, sour cream and a lemon mayonnaise. Quite the choice to build my own pintxo! 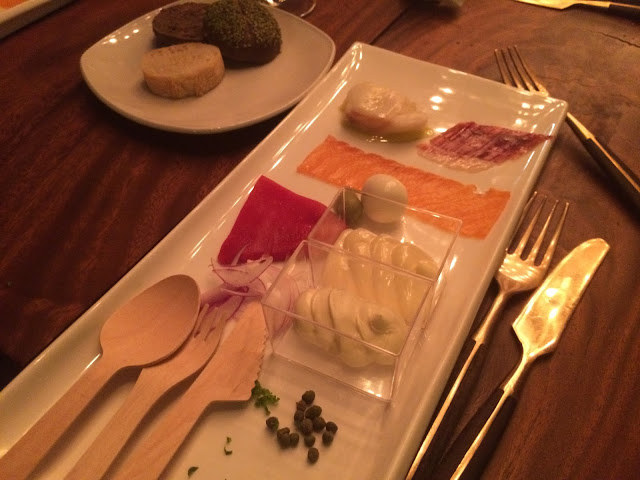 I decided to go for a symmetrical pintxo. It would be called Symmetrical Simon. I know, I know, terrible name, but it looked pretty good! 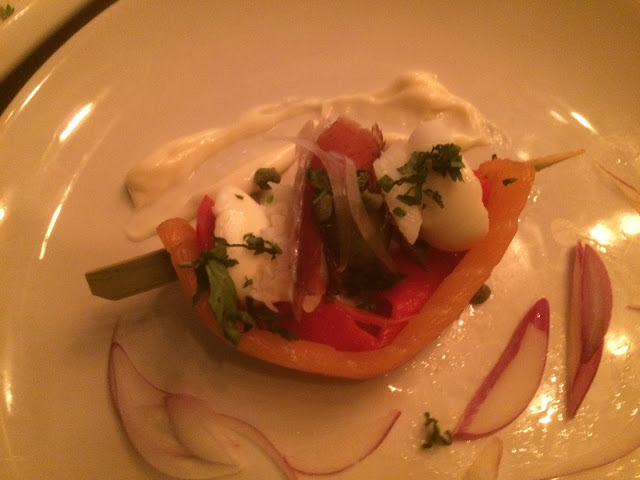 Whilst the judges cast their eyes over the entries, the rest of us were given a wine and cider tasting experience. Who knew the Basque Country makes cider?! 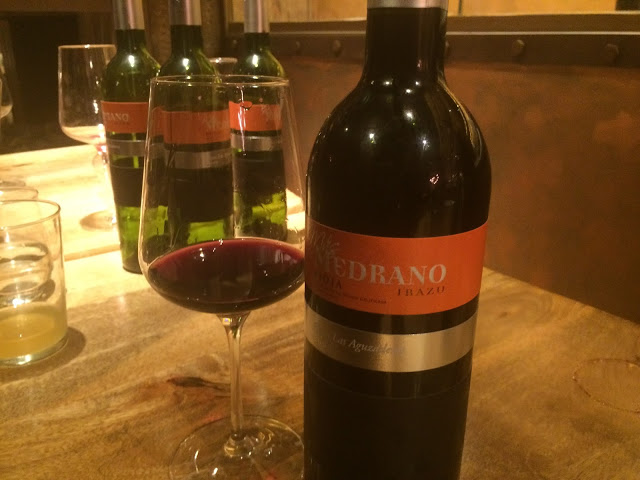 The red and white wines were very nice indeed, but the cider was a little too sour for my liking. That said, I have to try everything once!

The wine kept flowing as were given a talk on all things Basque Country. You can wine and dine, you can surf, you can hike, it has great food…the Basque Country sounded right up my street. I was just hoping my Symmetrical Simon and social media activity was up to scratch.

Thankfully, it was! Tied in first place was Joey Le and myself – don’t we look pleased with ourselves! 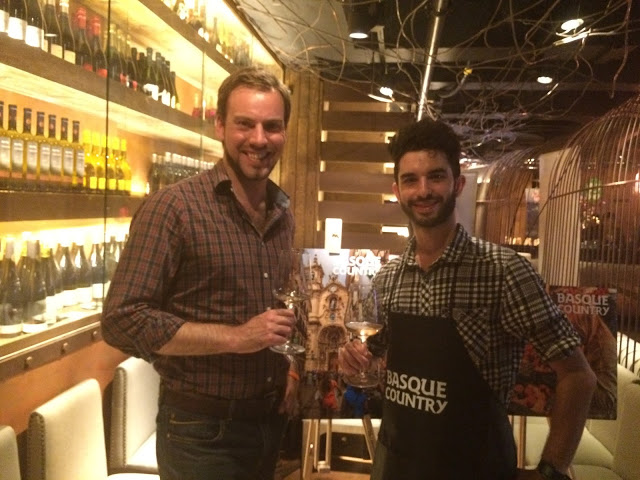 We celebrated with another glass of Basque Country white wine, and headed home.

I’m not sure when my trip to the Basque Country will be, but I’ll make sure my camera and GoPro are in tow to bring you some great stories from Northern Spain!