It has been 6 months since I found out I would be going to Papua New Guinea, as the first ever UK Blogger Ambassador. In between the build up of excitement, I’ve been working to nail down an itinerary that showcases as much of this remote country as possible.

I’ve been fortunate to visit some incredible places around the world, but there is something extra special about this trip. Papua New Guinea is a land less explored. Very few people have been there, and those that haven’t been can only judge it based on (the often negative) media coverage.

Much like my previous travels to Colombia, China and Zimbabwe, that presents an amazing opportunity to tell stories about Papua New Guinea from a fresh angle. Stories that have never been told before, and I cannot wait to get started.

Like a countdown to Christmas, Wednesday this week is the day when I’ll fly over 8,500 miles and set foot on some of the most untouched terrain in the world.

It will take 48 hours to reach Papua New Guinea. Lying 150km North of Australia, it sits proudly in the tropics, which makes PNGs ecosystem one of the most unique on Earth. It is blessed with high mountain peaks, clear blue sky and coral islands, golden sand beaches and a rich history from the battles between Japan and the Allies during World War II.

With some amazing treks, an amazing array of wildlife, a different language in every village, incredible surf, and some of the best diving spots in the world, I had some difficult choices to make, but also wanted to create an itinerary that got under the skin of the country as much as possible.

Here are the areas of PNG that I’ll be visiting over the next 12 days. Many thanks to PNG Tourism UK for helping to create a fantastic schedule!

Walindi Plantation Resort is situated in Kimbe Bay, which lies on the North shores of West New Britain. Walindi’s world famous dive sites are teeming with exotic fish and corals, so I’m hoping to get some diving and snorkelling in. We* will also be bathing in waters heated by a volcano, watching fireflies set the evening sky alight, and checking out some old World War II wrecks in the region.

Mount Hagen sits at 1,677m (5,500ft) above sea level, so I’m looking forward to getting some views of the Wahgi Valley, known to have some of the oldest evidence of agriculture in the world.

We’ll be trekking in the highlands, walking around the local villages and keeping an eye on some of the exotic birds found in the region. Mount Hagen is also famous for its cultural festivals, with different tribes displaying their colours in a ‘sing-sing‘.

TARI AND THE HULI WIGMEN

From Mount Hagen we take a short flight across the mountains to Tari. Tari is home to the ‘Huli Wigmen’, a flamboyant tribe known for their ornate ceremonial ‘wigs’…

These wigmen perform dances and songs, based on the mating ritual of the native birds of paradise. That should be impressive!

After a shirt pit stop in Port Moresby, we then fly to Tufi and stay at the Tufi Dive Resort. This place is a hidden oasis nestled in a breathtaking fjord, with spectacular views of the sea and mountains. 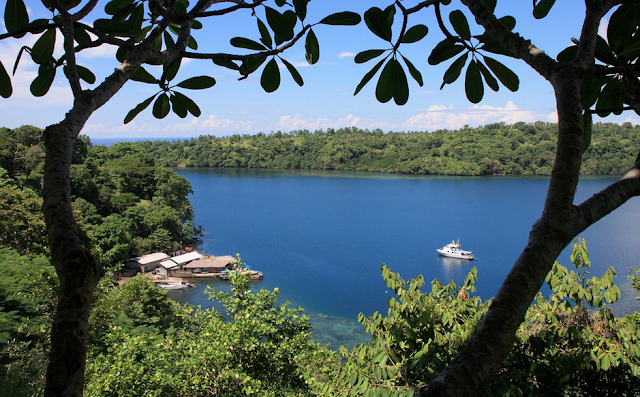 As well as more diving and snorkelling, I’m looking forward to some guided bushwalking, kayaking around the fjords, watching waterfalls cascading from the cliff tops, checking out secluded beaches, and maybe tackling some of the Kokoda Trail.

Possibly the most exciting part of the trip I’m looking forward to is staying Airbnb-style in a village guesthouse. I’ve been told access to some of the villages is only possible by kayaking around the fjords – the more remote the better!

Over the next couple of weeks, I’ll be sharing my pictures, videos and stories from Papua New Guinea on this blog. To keep an eye on what I’m up to, follow me on Twitter and Instagram with the hashtag #SimonInPNG or visit my main Papua New Guinea destination page.

Papua New Guinea has very limited WiFi spots, which is another reason this trip is so compelling. I’ll be updating when I can, but most likely in Tufi, and when I return home.

You may have noticed earlier in this post the asterisk next to the word ‘we’. That’s because I’m not going to Papua New Guinea alone. I’ll be joined on the trip by MrHeyes Senior: my dad.

He loves travel, but is a complete technophobe, so I’m hoping to give him some GoPro training before we leave 🙂 He here is below, with my nephew Jack. 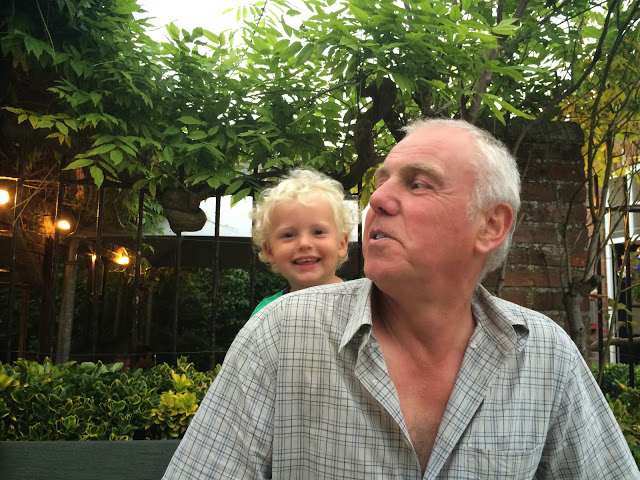