Blog - Latest News
You are here: Home / The End is Nigh? The Mayan Calendar Countdown 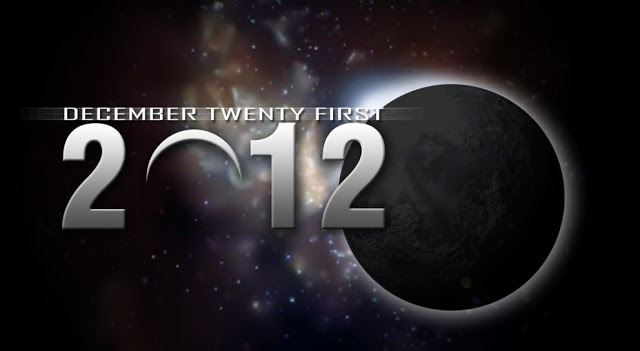 I’m going to deep dive into philosophy and science for this post, stick with me! I often joke (maybe I shouldn’t after you read this post) that something catastrophic will happen on the 21st December 2012. This all stems from an article I read a few years ago, which comprised certain beliefs that a cataclysmic or transformative events will occur on 21st December, 2012.

Some are calling it doomsday. That’s probably a little extreme. Others are calling it a ‘spiritual transformation‘. I’m not much of a spiritual or religious person, so I like to view it as a ‘reset’. Sounds pretty serious, right? The truth is, I actually think something – however big or small – might just happen.

The major theories around 21st December 2012 stem from the Mesoamerican ‘long count calendar’. The long count calendar identifies a date in time by counting the number of days from a starting point. According to the Gregorian calendar, the completion of 13 b’ak’tuns (August 11, 3114 BCE) marks the Creation of the world of human beings, according to the Maya (or Mayan, a mesoamerican culture). This is the start date.

Why is 21st December 2012 so important? Because that is when the long count calendar stops. Thus, prompting many to believe there is nothing beyond this date. There are many other theories too, from polar shifts to solar storms, all linking to this date.

Many believe the Earth will undergo a physical or spiritual transformation, and that 2012 marks the beginning of a ‘new era’. Theories banded around include a new ice age (stemming from volcanic ash), a black hole or the Earth colliding with an asteroid. But it’s not all doom and gloom. Scholars from various disciplines have dismissed the idea of such events happening in 2012. Mayanist scholars in particular state that predictions of impending doom are not found in any of the extant classic Mayan accounts. 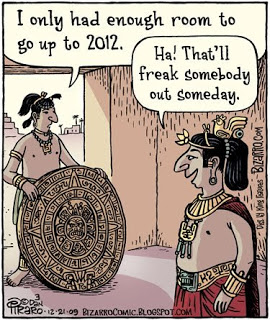 For those who are thinking about how to spend their last few months on Earth, here’s another message of hope: According to research, the mythological date of 21st December may be off by 50 to 100 years. As with any theory, there are many detractors, not least the National Aeronautics and Space Administration – yes, even NASA have weighed in on the topic;

“Remember the Y2K scare? It came and went without much of a whimper because of adequate planning and analysis of the situation. Impressive movie special effects aside, Dec. 21, 2012, won’t be the end of the world as we know.“

That said, look at the state of us. Recessions, riots, racism, political unrest, poverty, greed, murders, rape, terrorism, global warming, unemployment, more natural disasters, extinction, loss of biological diversity, droughts (it’s the “wrong type of rain” in the UK)…the list goes on. See my human evolution post for a simple illustration. The fact is this – we’re heading in the wrong direction, and we’re not doing enough to change things.

Will the end of the world happen though? Doubtful. But some sort of ‘renewal’ or ‘reset’ might happen, which I think is positive news for all concerned!