As of yesterday, the 9th October, I am officially a Guinness World Record holder. Collectively, me and 352 other people broke the record for the world’s largest rum tasting event.

If you’re going to break a Guinness World Record, you might as well do it in style with six different rums, right? Hell yes. 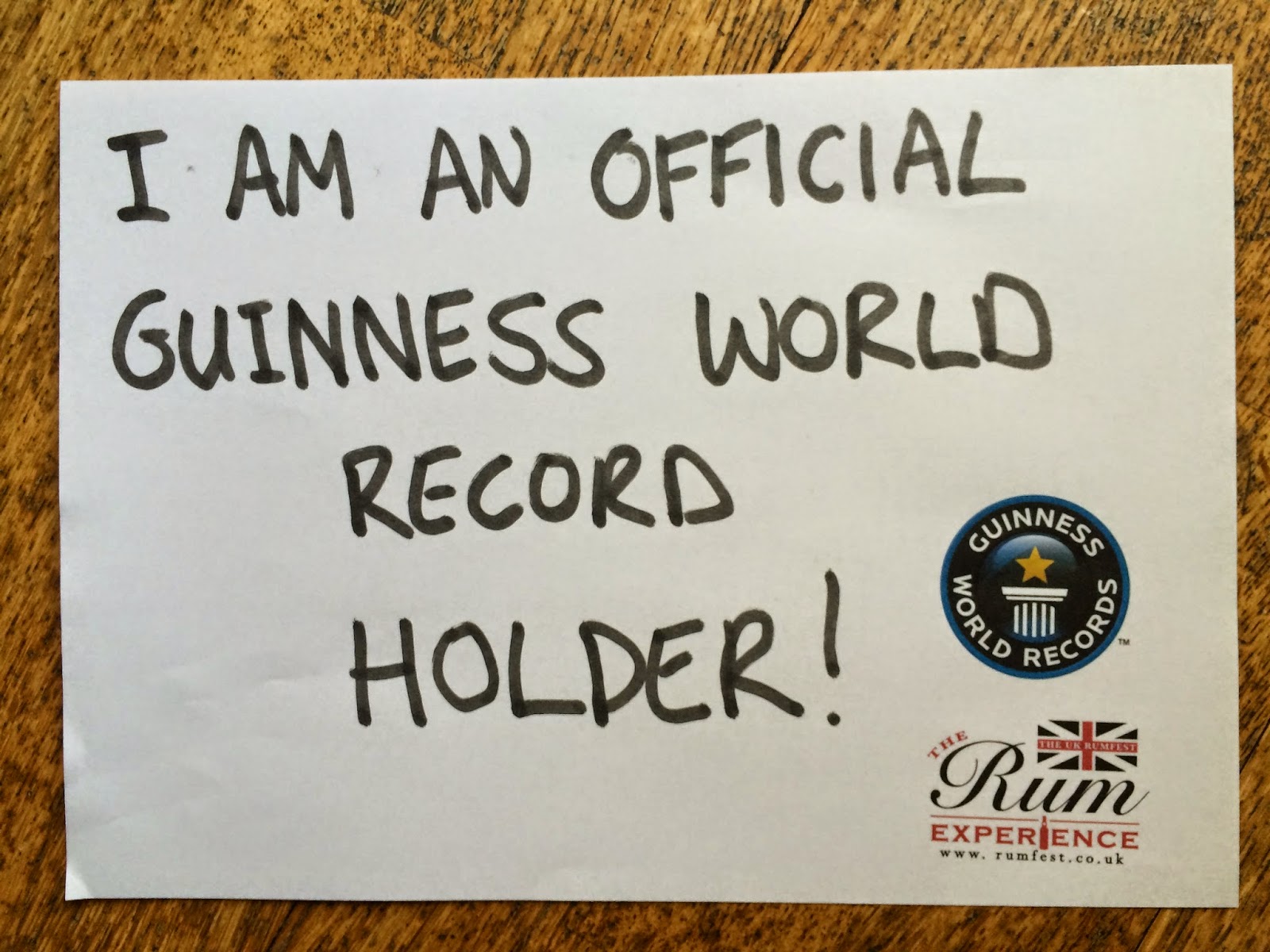 As part of the eighth annual RumFest held in London, global rum ambassador and RumFest founder Ian Burrell led a tasting of six rums from the Caribbean and South America at London’s ILEC Conference Centre near Earls Court, with figures from Diplomatico, DonQ, Havana Club, Pusser’s, Angostura, and Joy Spence from Appleton Estate in attendance to present their rum.

With an official adjudicator present from Guinness World Records, the main room was on lock down during the rum tasting to ensure the record was official.

The previous record set was 250, and collectively we smashed it, with 353 rum fans – including David Haye and actor Michael Pitt – in attendance.

For anyone that wants to attend the main rum conference, RumFest 2014 takes place on 11th and 12th October at ILEC, Earls Court. Tickets available here.