I managed to get tickets to see Coldplay at Wembley in August 2022 KLAXON!

The chance to see one of the biggest bands and best stage performers in the world, on the hallowed turf that is the colossal Wembley stadium.

That is a far cry from the venue size the last time I saw Coldplay, way back in 2003.

As many of you know, I spent a year in the USA in Wilmington, North Carolina during University. I travelled out there in August 2002, a few weeks after Coldplay released ‘In My Place’.

Coldplay were only getting going back in 2002, with only the Parachutes album to fall back on.

But the release of In My Place changed all that.

It put them on the global map, and won them many new fans around the world.

So, when Coldplay announced their A Rush Of Blood To The Head tour was going to be arriving into North Carolina in January 2003, I jumped at the chance to see them.

Four of us made the 200 mile trip along Interstate 74 between Wilmington and Charlotte, and boy was it worth it.

Now, for those of you that don’t know, the Grady Cole centre is nothing short of a glorified high school gymnasium. In fact, during the set Chris Martin mentioned the venue reminded him of playing at a high school dance.

Here’s the best pic I could find of the inside: 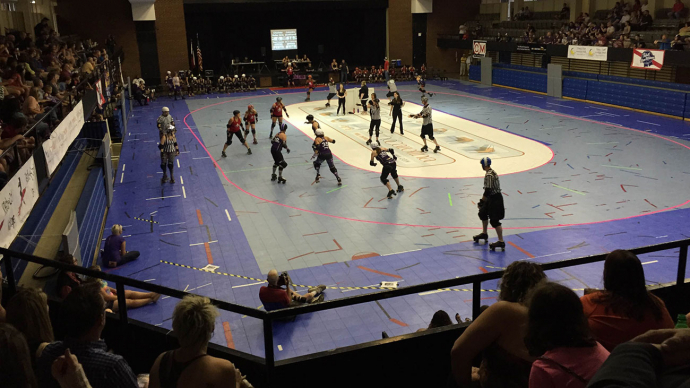 Imagine, IMAGINE seeing Coldplay in a venue the size of a high school gym.

Coldplay during the gig in Charlotte, NC back in 2003. Pic source: Angelfire.

There are two main memories that jump out of my head from that concert back in 2003.

One: the opening song. Coldplay came onto the stage, threw themselves straight into Politik and absolutely blew away the crowd, with ceiling tall yellow and white flashing lights on the left and right of the stage, in time with the opening beat.

Two: the encore. Coldplay came back onto the stage and belted out Clocks, followed by In My Place. There were others, but those stuck in my head.

I don’t have too many other memories of that night, until…..when doing some digging for this post, I came across a post on Angelfire where someone documented the set list and their thoughts on that brilliant evening back in January 2003. Here are my favourite bits from the diary:

“The band took the stage, with Chris being the second one out! OH MY GOD here we go… =) Chris sat down at the piano and welcomed us, saying this is their first time in North Carolina, but it won’t be their last!

EXPLOSION OF LIGHTS!!! Wicked flashing white lights happening frantically as Chris writhes in a frantic movement at the piano”

“Chris thanked us for coming out and giving them our Saturday night, and commented that the venue makes them feel like they are playing at the High School dance! He said they would play a new song…

The new song that Chris wrote about his girlfriend Gwyneth Paltrow, very good song! Hopefully this one appears on the next album, whenever that may be.”

Moses didn’t end up on an album, but they did end up calling their second child Moses, three years later.

“The audience was very entranced with (Trouble) and most people didn’t start singing on cue when Chris pushed the mic towards the audience for the “They spun a web for me” part. Chris said something like “oh c’mon, you’ve been so good with singing so far, let’s not fuck it up now…this is the last bit of singing we’re going to do together in North Carolina for some time” and they played the part again, with everyone singing along this time! I thought the show was over, but  Trouble ended and Chris said they could do one more song for us if we’d like!!! Everyone went nuts, and they played a new tune: Ladder To The Sun“.

Thanks to whoever documented this on Angelfire – it brought back some incredible memories!

THE 2022 MUSIC OF THE SPHERES TOUR

And so we land back to the new Coldplay tour, dubbed Music Of The Spheres World Tour, named after their most recent album.

Based on all the data out there, I estimate Coldplay have done over 1,450 concerts since their high school gym performance in Charlotte, North Carolina.

If any of you have watched the Coldplay documentary on Amazon, the sheer size and scale of their recent concerts is staggering.

The Head Full Of Dreams penultimate finale in Sao Paulo drew a crowd of 96,500 people. 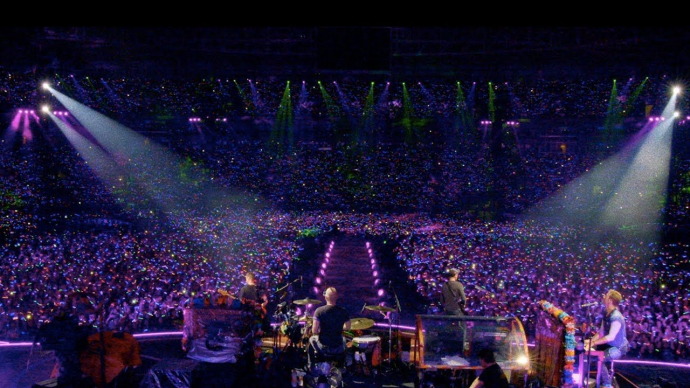 It will be close to 20 years between my first Coldplay concert, and my second.

The last two albums I would say are very different to Parachutes and A Rush Of Blood To The Head, but in the same token they still have the key ingredients I can’t wait to listen to at Wembley Stadium: Chris Martin’s vocals and energy, Will’s drumming and the riffs from Jonny Buckland.

Some Of The Best Hiking Brands To Look Out For

From Ormiston To The Oving Cup: A 10 Year Football Hiatus
Scroll to top