2016 became the fourth consecutive National Burger Day outing, and this time I took down the infamous Kimchi burger at Hawksmoor Seven Dials in London. 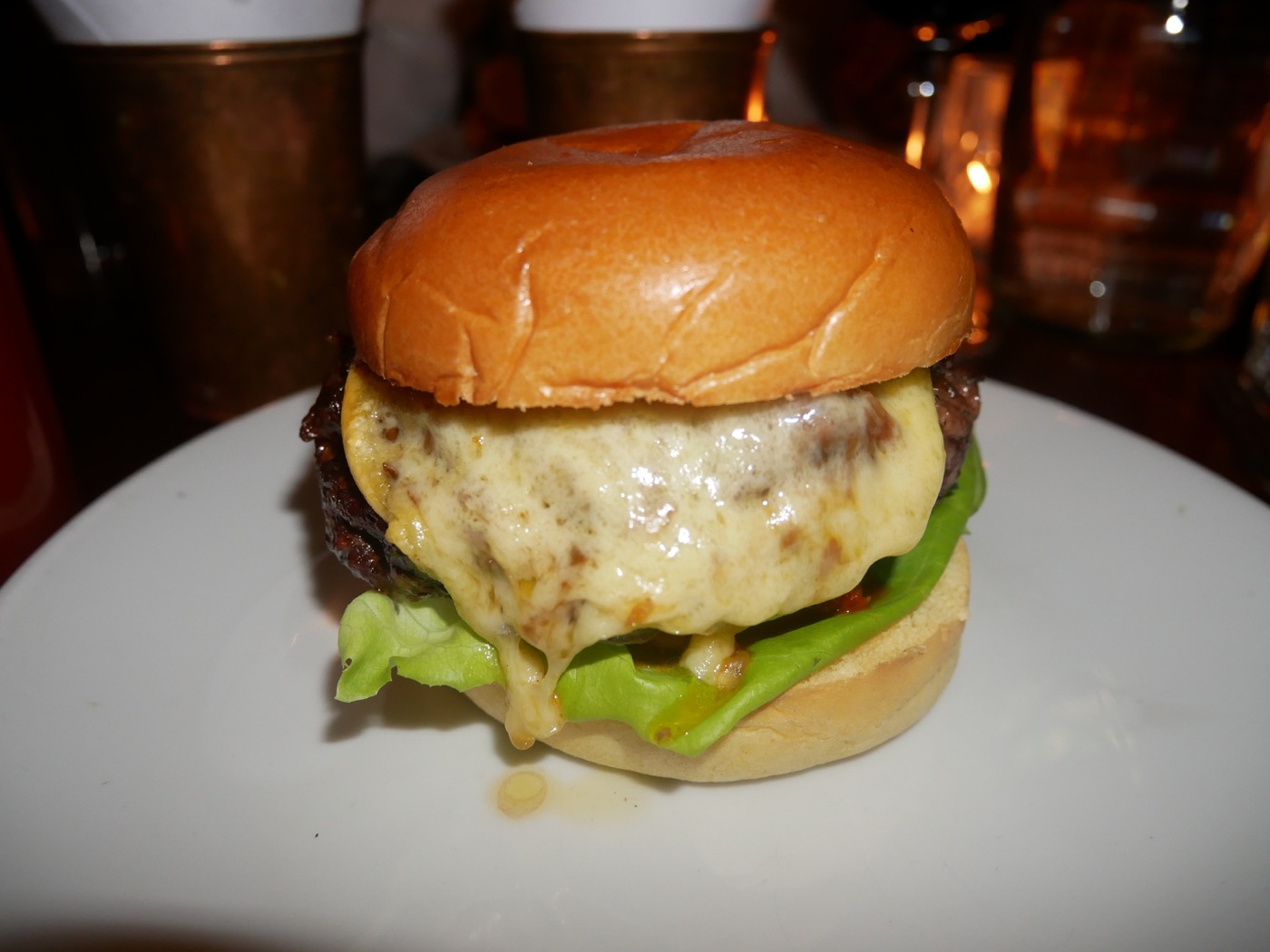 Let’s start from the beginning. I’ve been to Hawksmoor Seven Dials a couple of times before – once for my girlfriends birthday a couple of years ago, and once for a work dinner. Both times I had steak. It’s what the restaurant is known for.

But ever since I read an article on the best burgers in London a few years ago, I’ve always wanted to try the Hawksmoor kimchi burger. I felt like it was the one high-end restaurant burger that was missing from my life.

So this time around, I ordered it. 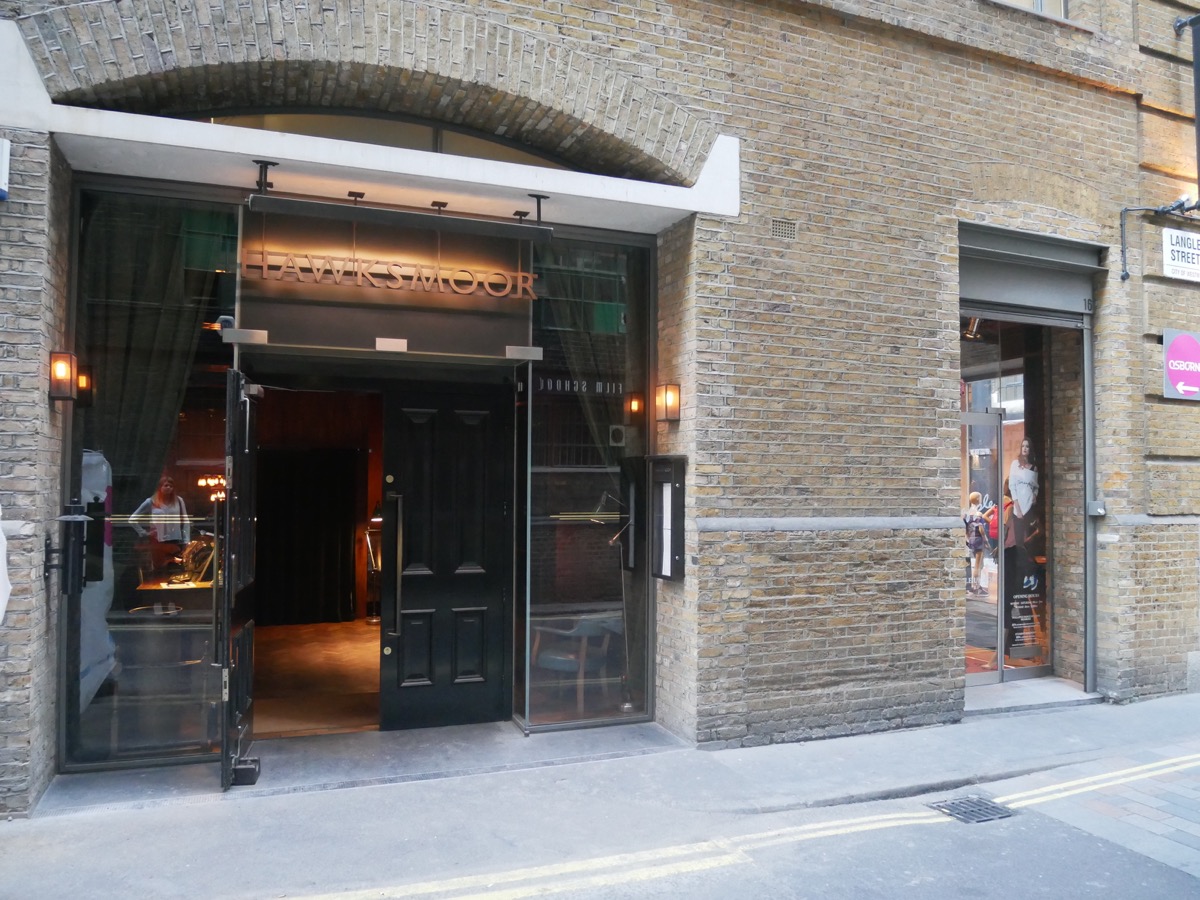 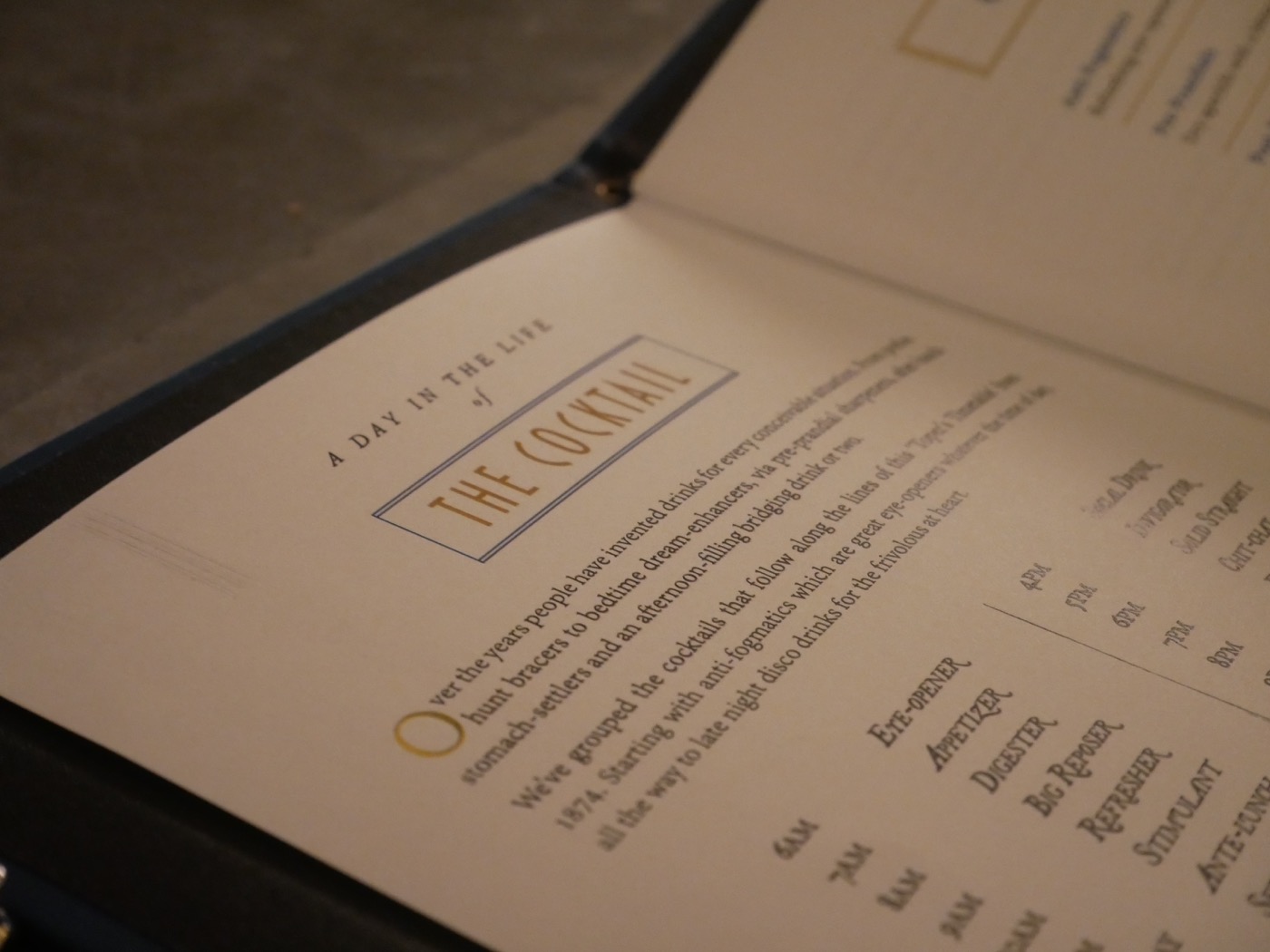 We arrived a few minutes early, so headed down to the bar and had a pre-dinner cocktail. Claire had the Fancy Gin Cocktail (Gin, Orange Curaçao & Orange Bitters) and I took down a Precursary Cocktail (Port, Vermouth, Angostura & Orange Bitters) – both fantastic looseners before the main event. 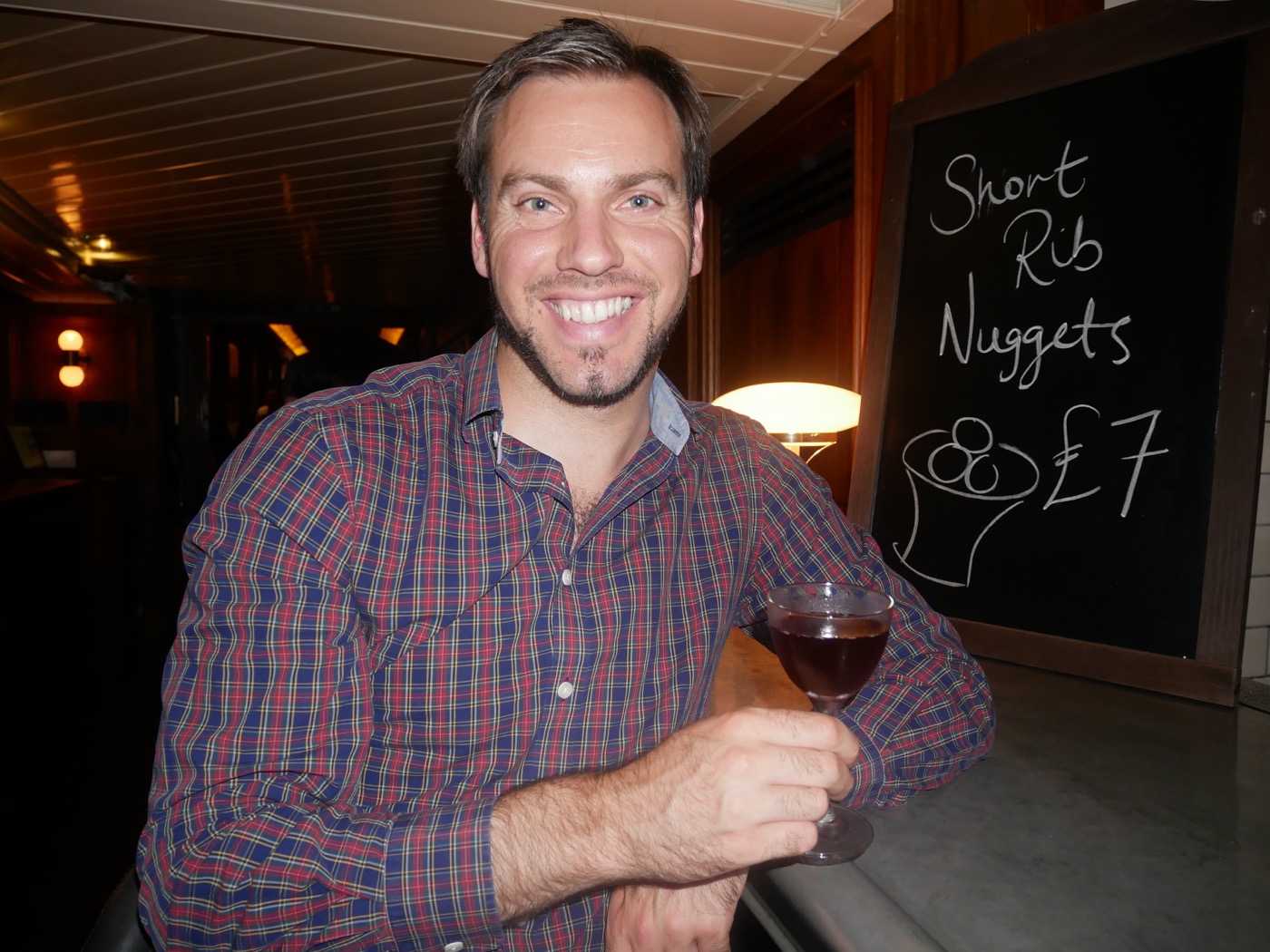 When we took our seat, I was surprised to find no burgers on the main menu. I was worried Hawksmoor no longer did the kimchi burger, and I’d completely overlooked it. But when the waitress came over and saw the distress written over my face, she brought me the separate burger menu. Worries over. 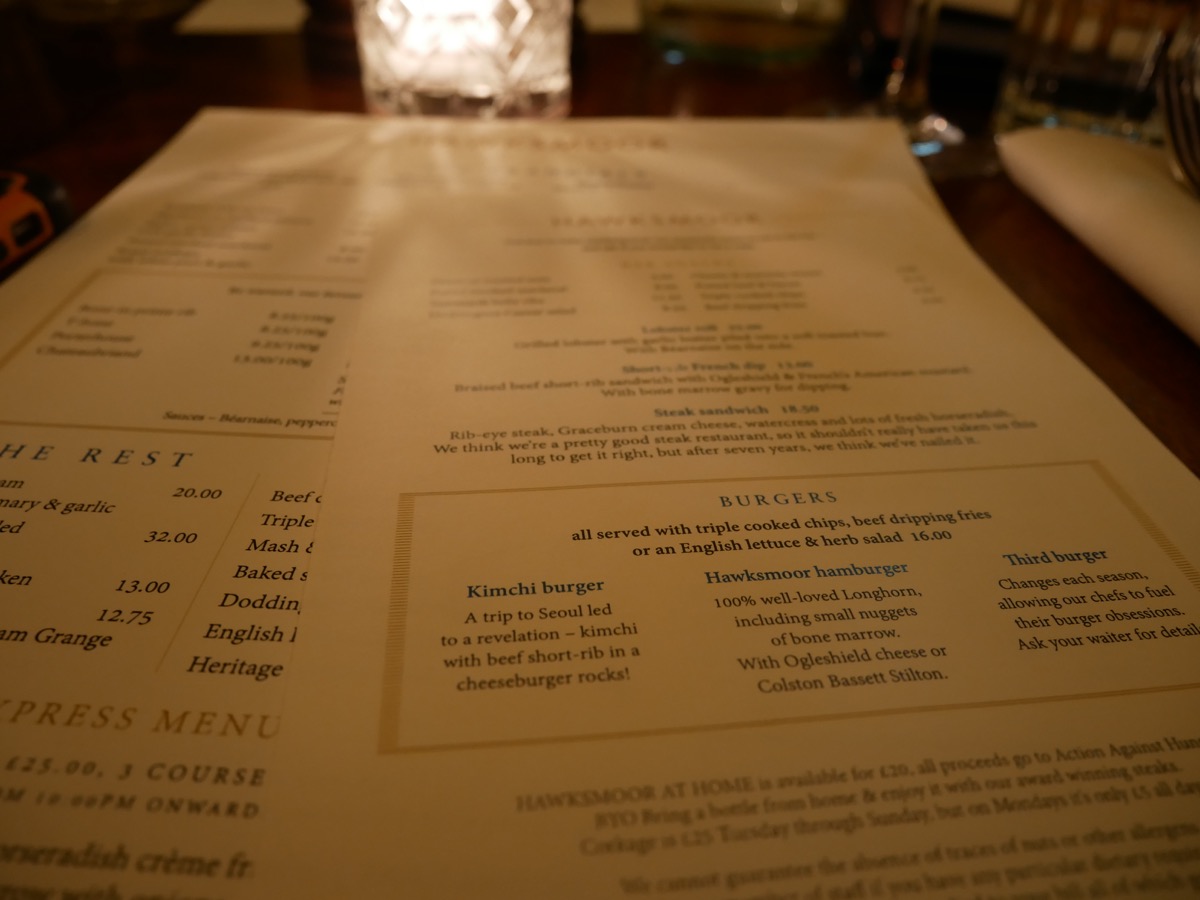 Neither of us had a big lunch, so before tucking into the burger, we shared a starter – roasted scallops with white port and garlic. 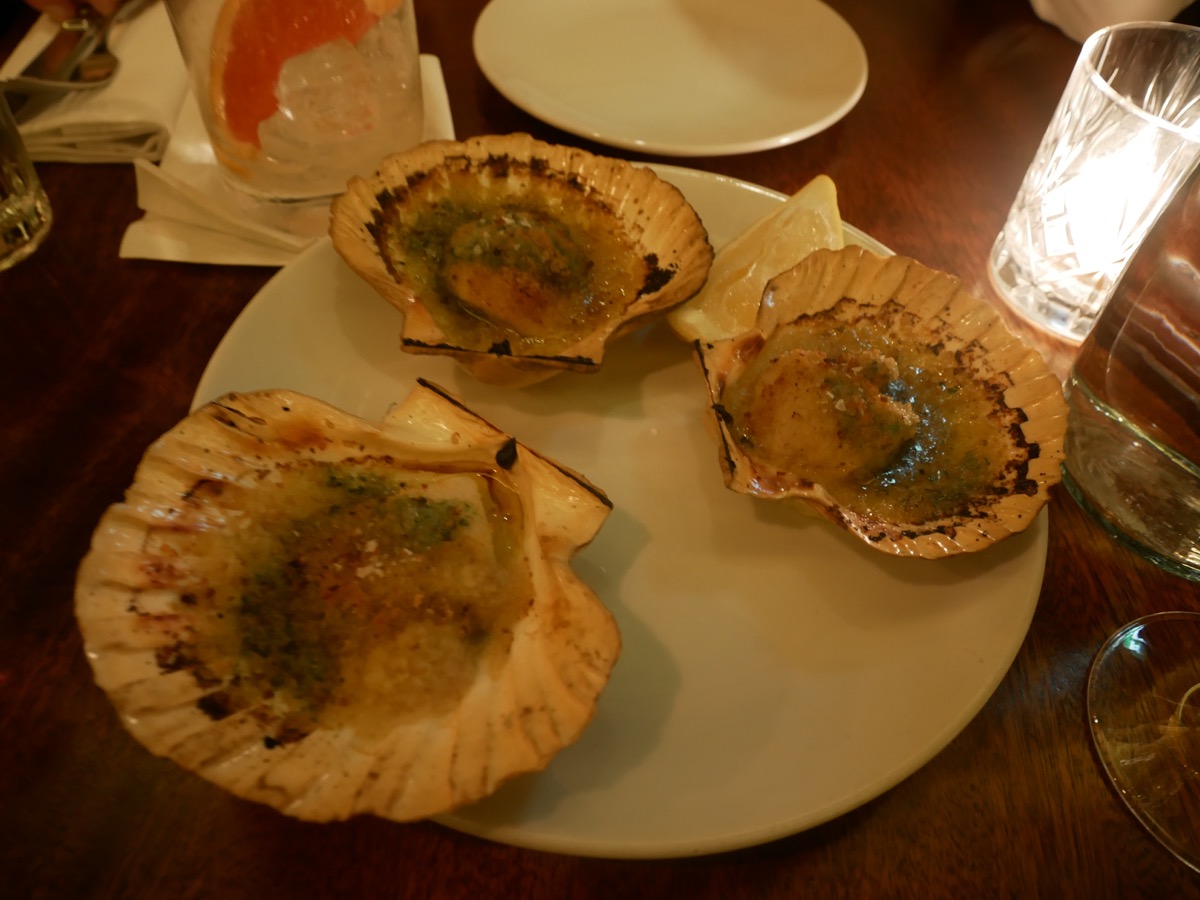 I won’t lie – they were some of the best scallops I’ve ever tasted.

Then it was time for the burger…

The two staple Hawksmoor burger choices are the Hawksmoor hamburger, or the Kimchi burger – essentially the same, but the Kimchi comes with pickled cabbage.

The burger itself comes from Longhorn beef, and is a short-rib in cheeseburger. I ordered it medium, and with beef dripping fries on the side – well, why wouldn’t I?

The burger arrives. Fries in a separate container, as if to say the burger is so good it requires it’s own space and plate.

The burger looks delicious – cheddar cheese melted over the top and oozing out of the sides, and the beef shiny from the droplets of fat making their way out for air.

The first few bites tell me two things I need to know. One – this is a fantastic burger. Great beef cut, well-cooked and tasty. Two – the Kimchi burger has a kick! I am a man that likes spice, so that was a welcome addition that made my pallet sing. 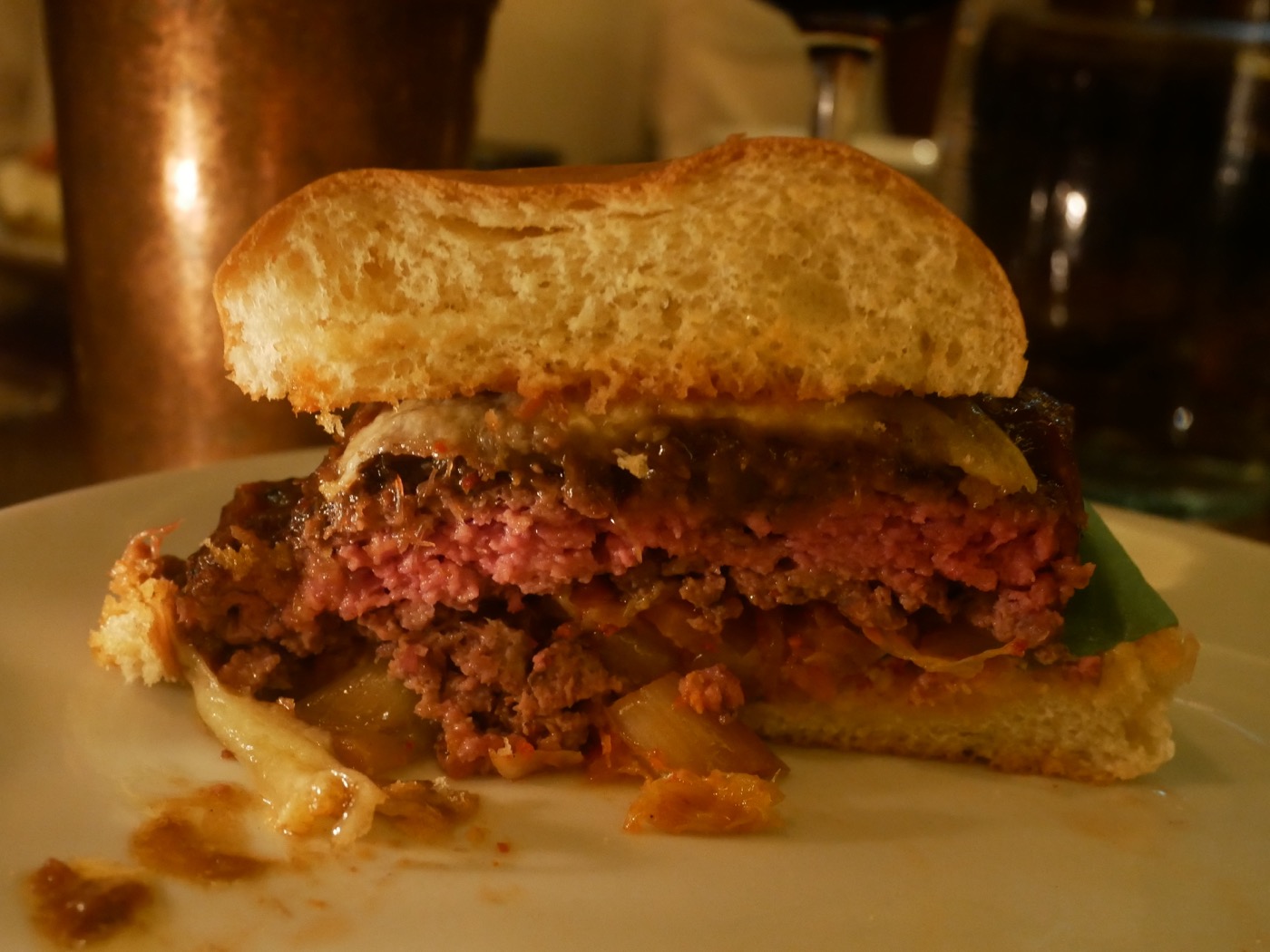 Don’t get me wrong, this was an excellent burger. But when compared to the texture, flavour and melt-in-the-mouth quality of Street Feast and the other vendors at Dalston Yard last year the Hawksmoor Kimchi burger comes second.

I’d love to try the Hawksmoor hamburger with Stilton next time around, and if you’ve never been to a Hawksmoor restaurant before, go for the steak. These guys know their beef, and if you can persuade whoever you go with to try the chateaubriand, you’re in for one of the best beef feasts you’ll ever eat 🙂