A couple of weeks ago I was invited by Panasonic to give their new Lumix GX80 compact camera a run for its money.

Along with a few fellow travel bloggers, we were given a little photography lesson by Jacob James, an incredible photographer and Panasonic Lumix ambassador (check out some of the photos in the link – they are amazing).

It was during this morning lesson that I found myself reflecting on my photography tech. When I set off on my #5monthsoff trip at the end of 2012, I wanted my pack to be as light as possible. As such, 99% of my photos from that trip were taken using an iPhone 4S, and edited with the amazing Camera+ app.

In fairness, I was delighted with the quality of some of the photos I snapped. From the Salar de Uyuni to Iguazu Falls, the iPhone 4S did exactly what I needed.

Then I moved onto the iPhone 5S. A better quality camera…but still not SLR standard. For video I was lucky enough to win a GoPro Hero 3+ in 2014, en route to winning my Papua New Guinea trip in 2015. My tech advancements for blogging and vlogging were slow at best.

I’ve learnt that however good I think the iPhone is for travel photos, it doesn’t come close to the clarity of a good SLR or compact camera. I’ve learnt that the GoPro – an amazing it of kit in such a small box, isn’t great for clarity or zooming (great for skiing, useless on safari).

And then the Panasonic Lumix GX80 came into my possession. 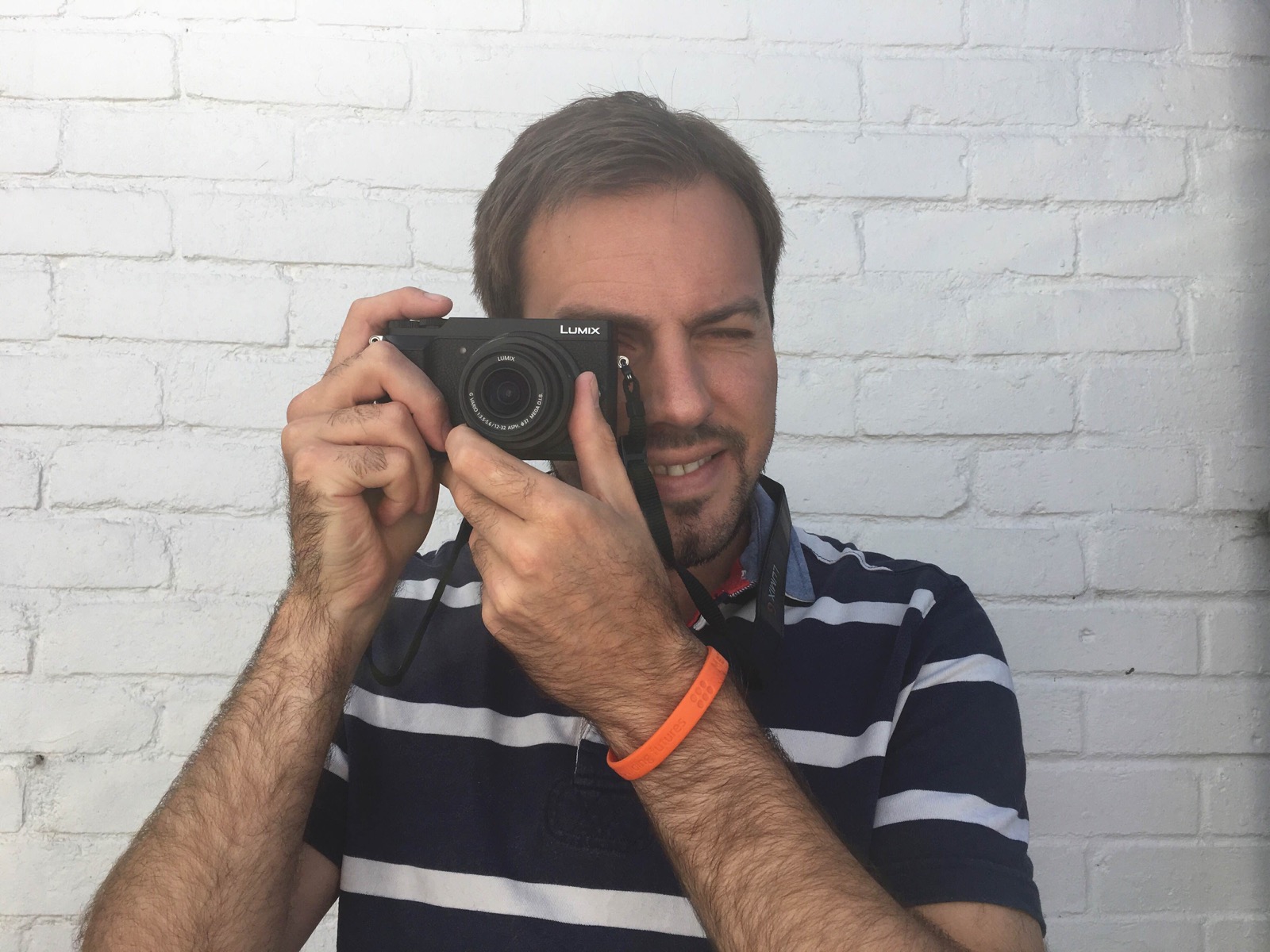 FIRST PLAY WITH THE LUMIX GX80

My girlfriend has a Panasonic Lumix bridge camera which I’ve used a few times, so the controls were fairly intuitive to me. The Lumix GX80 can either be controlled using the buttons on the right, or using the impressive touch screen.

It has WiFi built-in, and the connection and image download to the Panasonic Image App is smooth and seamless.

With the photography lesson finished, we headed to London Bridge to board a PediBus. 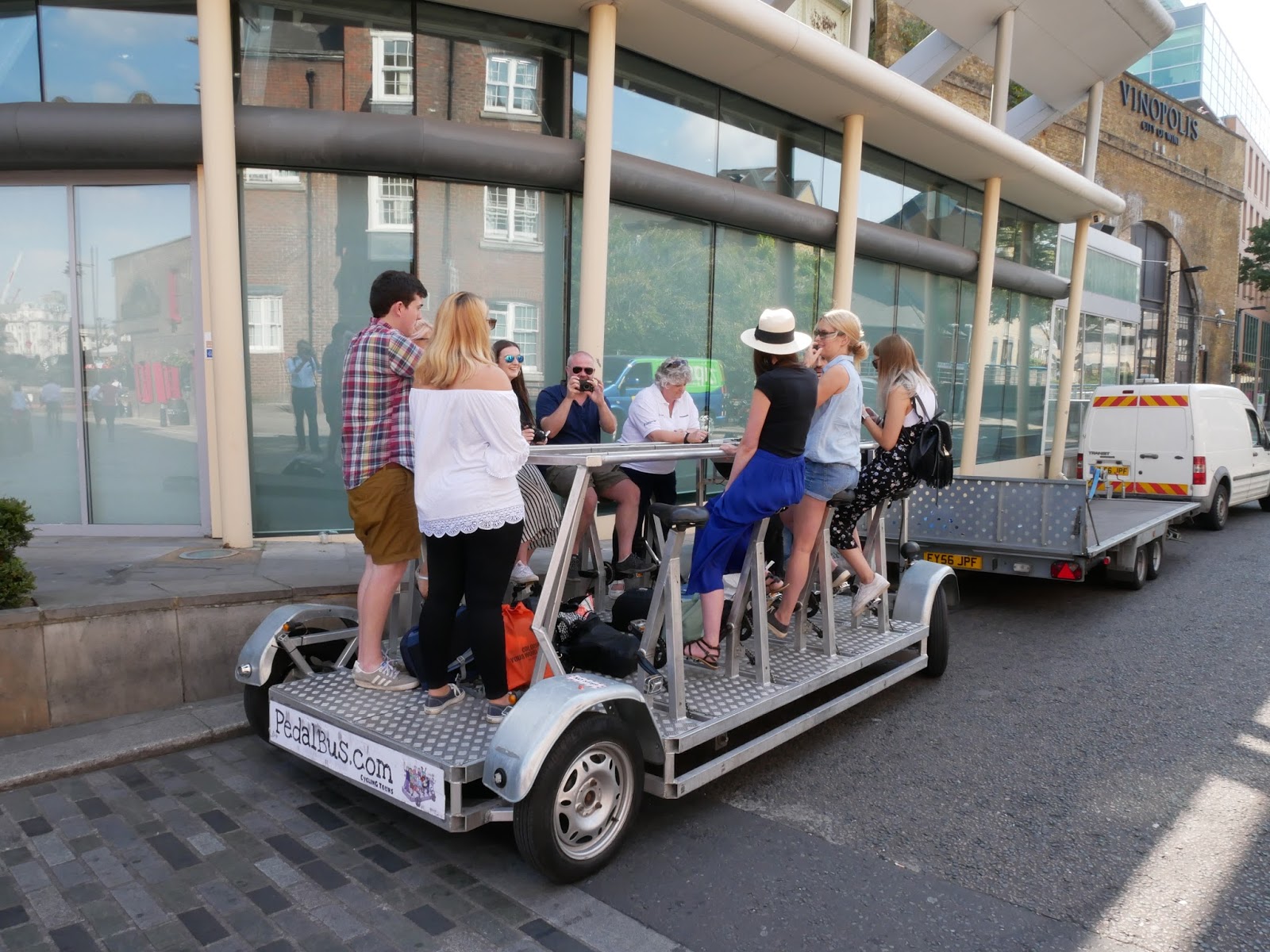 As well as having great fun cycling around London, the PediBus allowed us to test out some of the Lumix GX80’s features – namely the 5-axis sensor based image stabilisation. The image below of St. Paul’s Cathedral was taken as I was furiously peddling along… 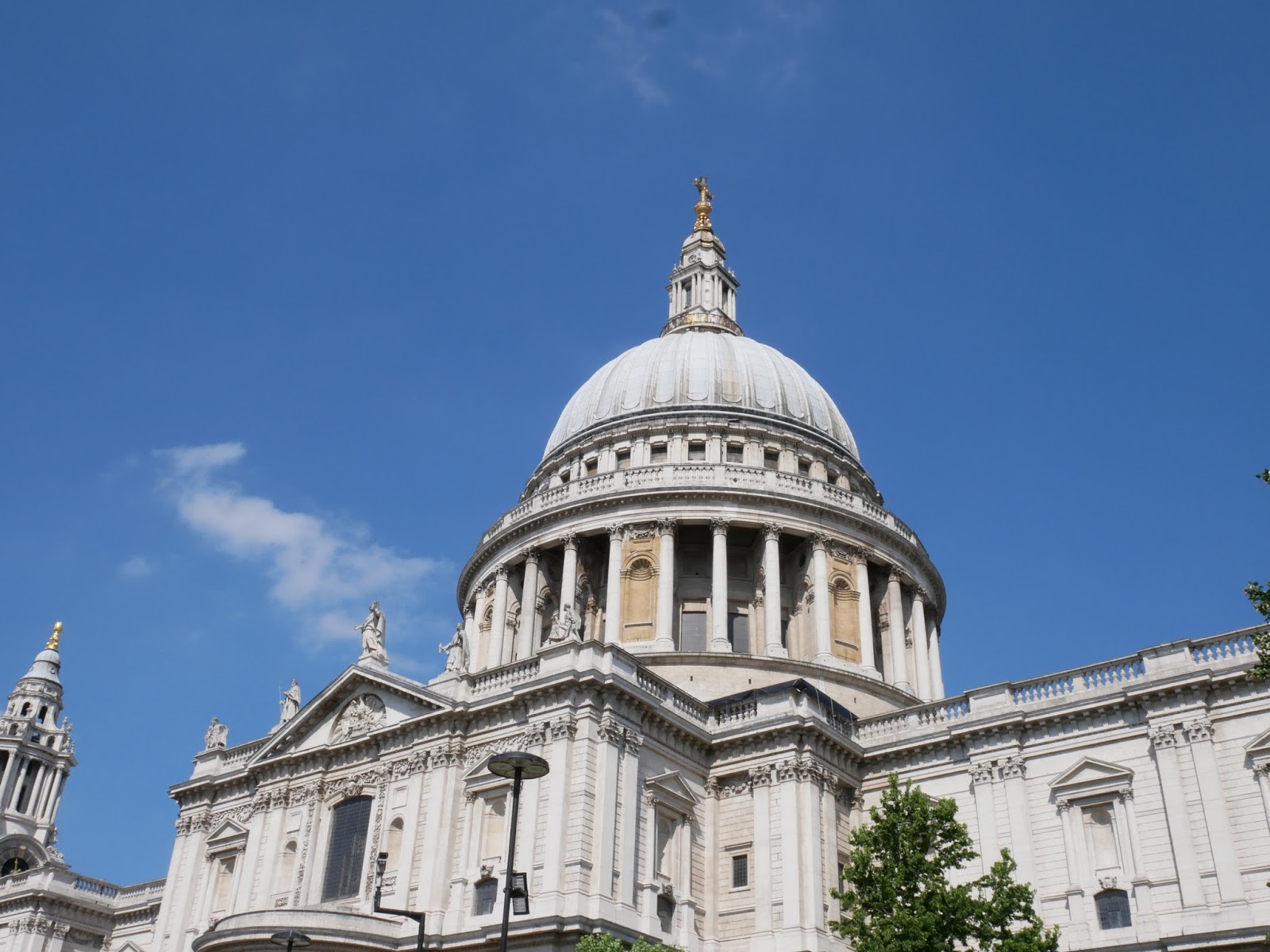 The stabilisation for video is also impressive. In the vlog at the bottom of this post, check out the clips with the London bus and when I was on the bridge – pretty impressive stabilisation.

We stopped at St. Paul’s for a wander around, and it gave us chance to play with different settings, such as metering and aperture.

The image below was taken once I’d played around with spot metering – ensuring the sky, sun and the side of St. Paul’s were all correctly exposed (as best I could); 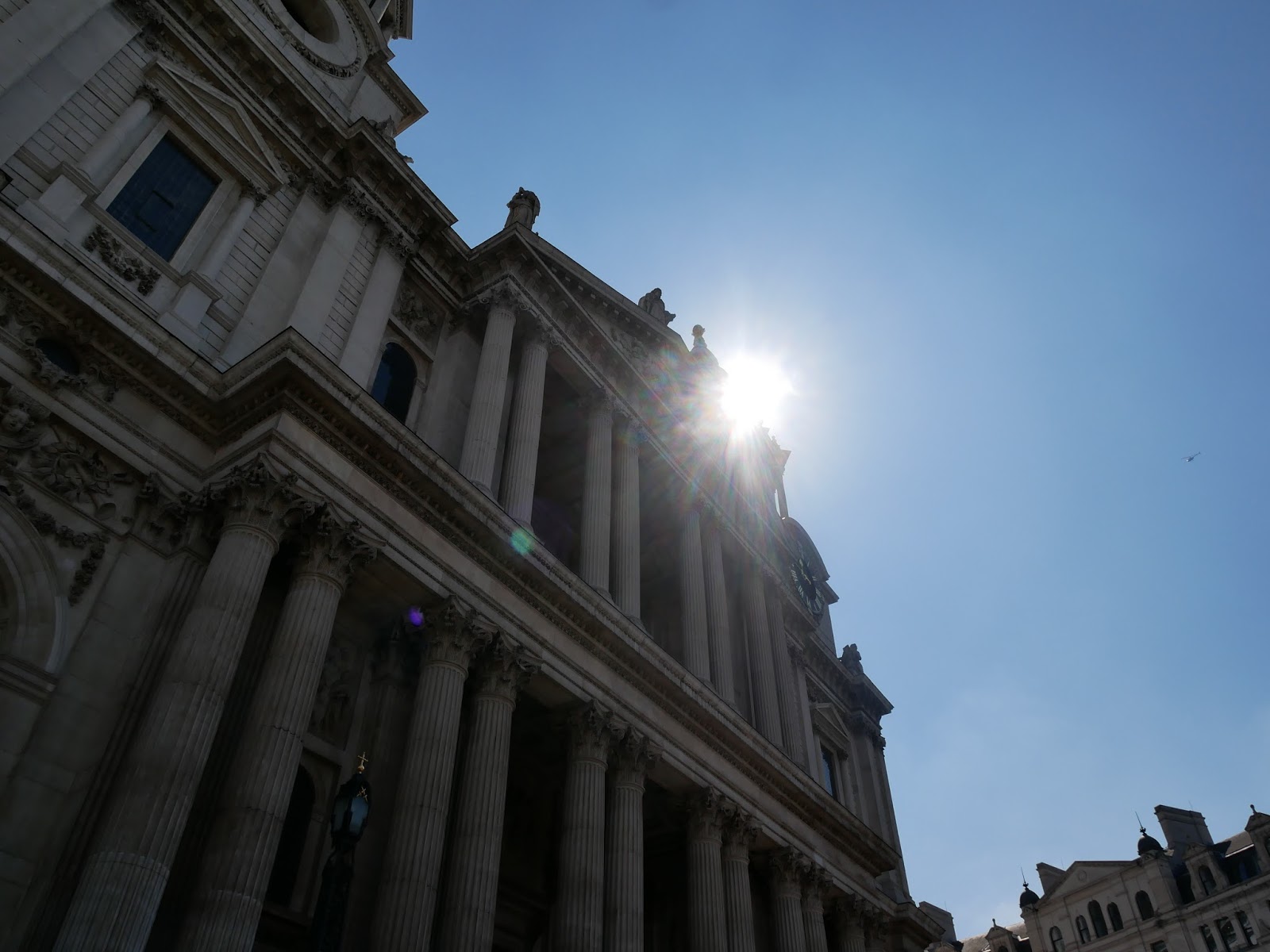 Depth of field was only something I learnt about over the past 12 months, so with a 12-32mm f/3.5-5.6 lens it was time to test it on. First on faces…the narrow aperture with Vicky FlipFlop; 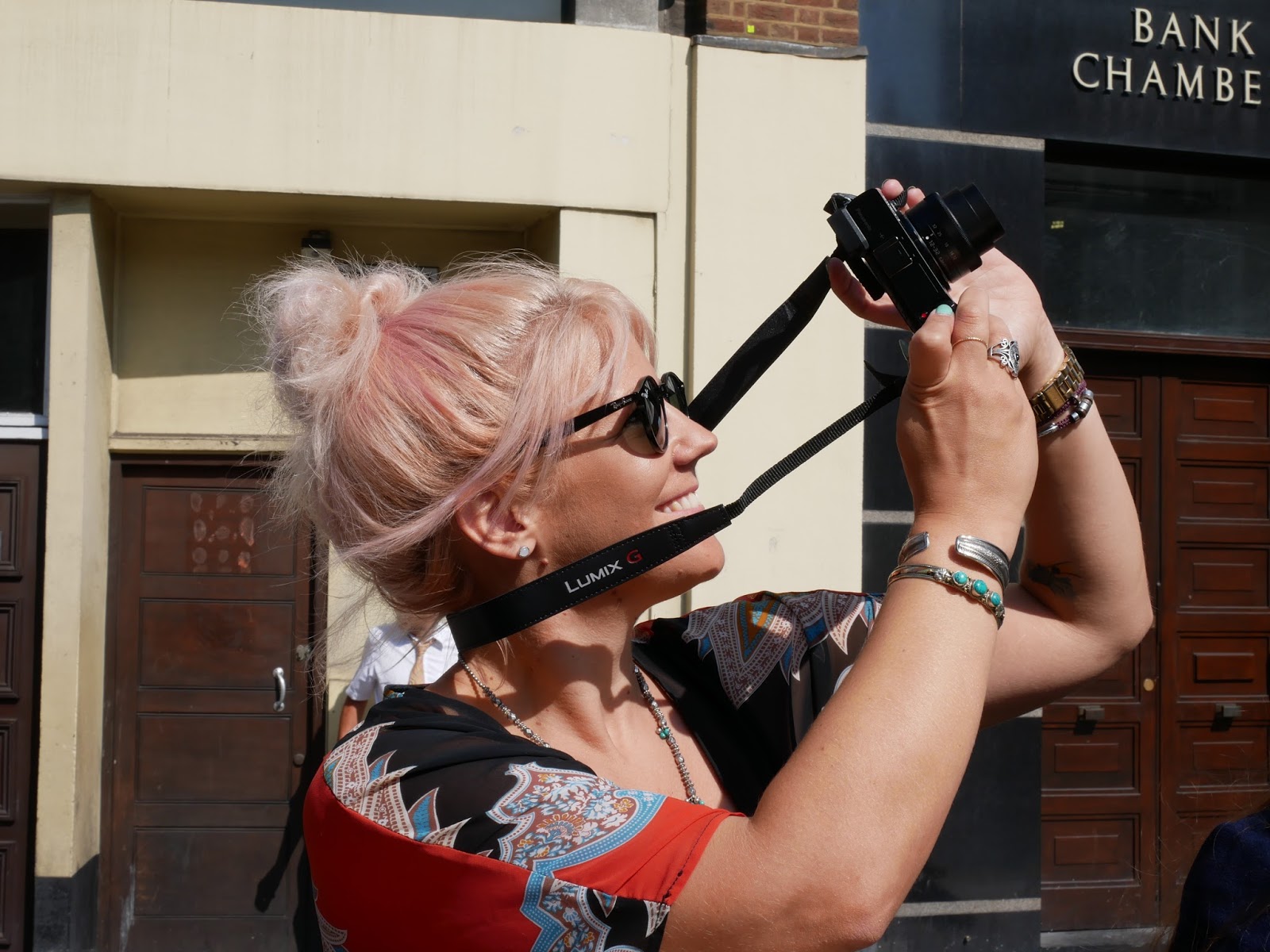 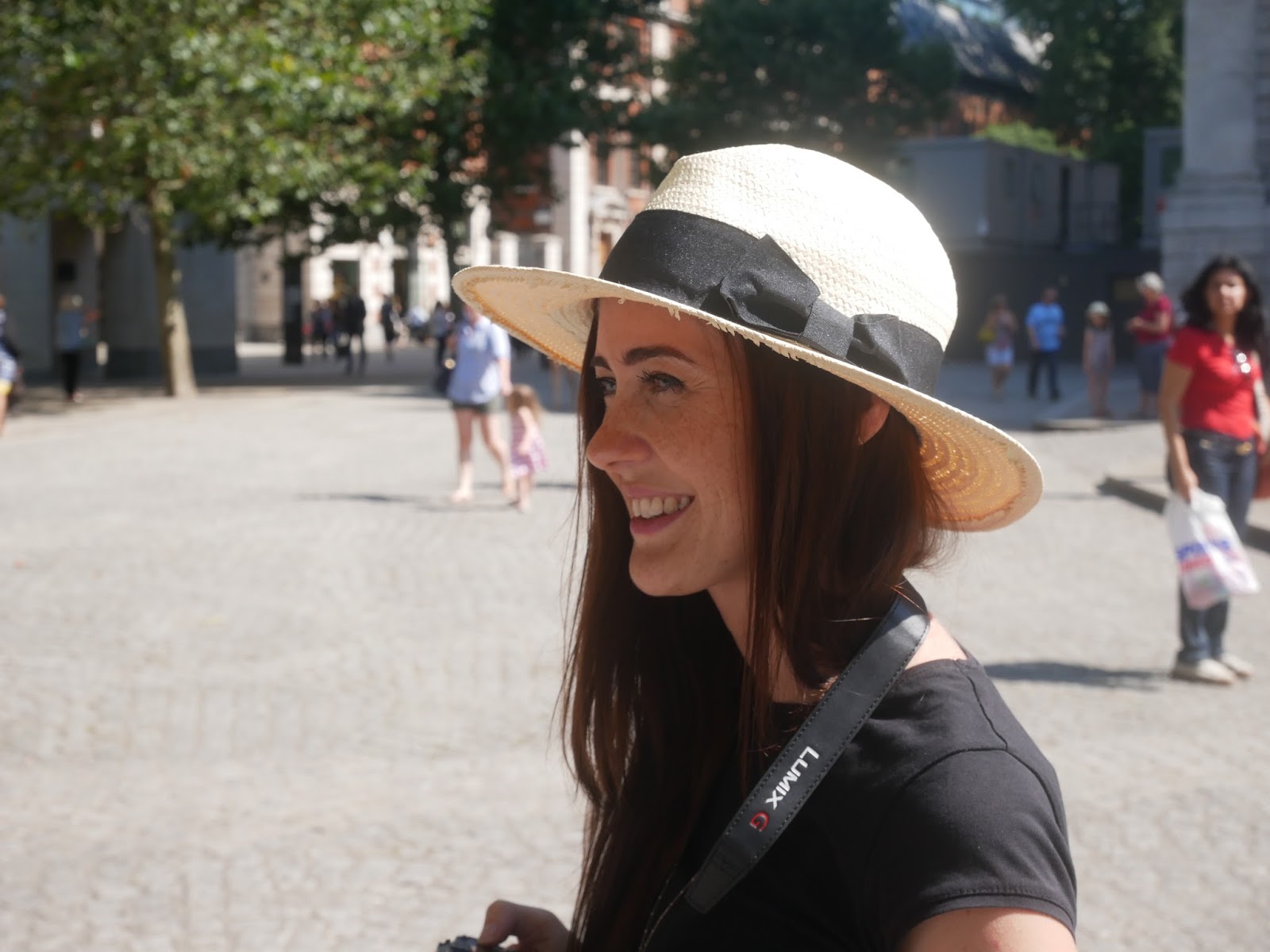 …and an even wider aperture, creating a fantastic depth of field with a light bulb at Propertea, Manchester; 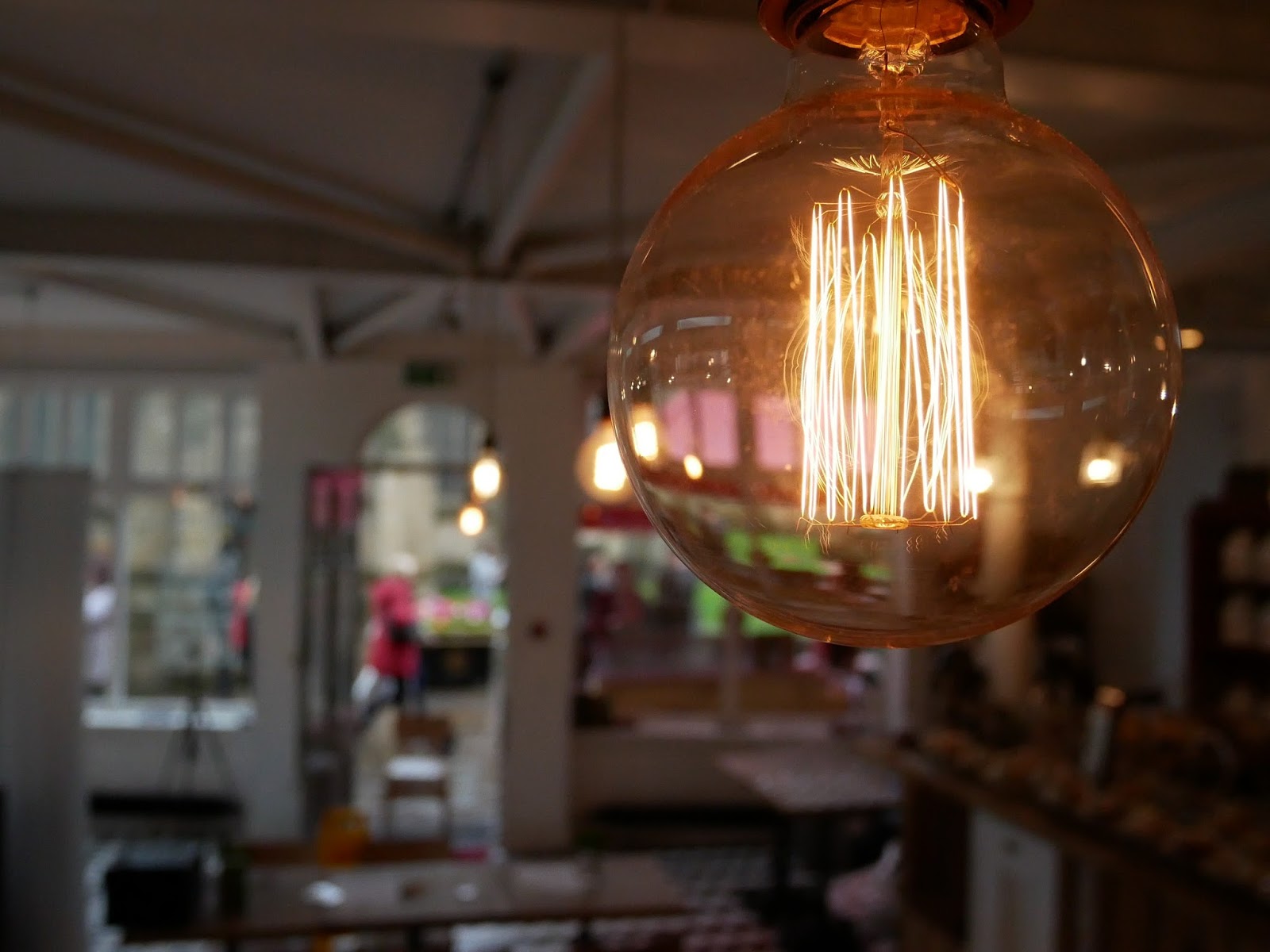 As you’ll see from the vlog below, my first 48-hours with the Lumix were spent zooming around the UK, from London to Edinburgh to Manchester and back. This gave me time to play with more of the features, and get used to the different settings.

In Manchester I tried out the cameras silent shutter whilst walking around Manchester Cathedral – a great feature when you want to take pictures discreetly; 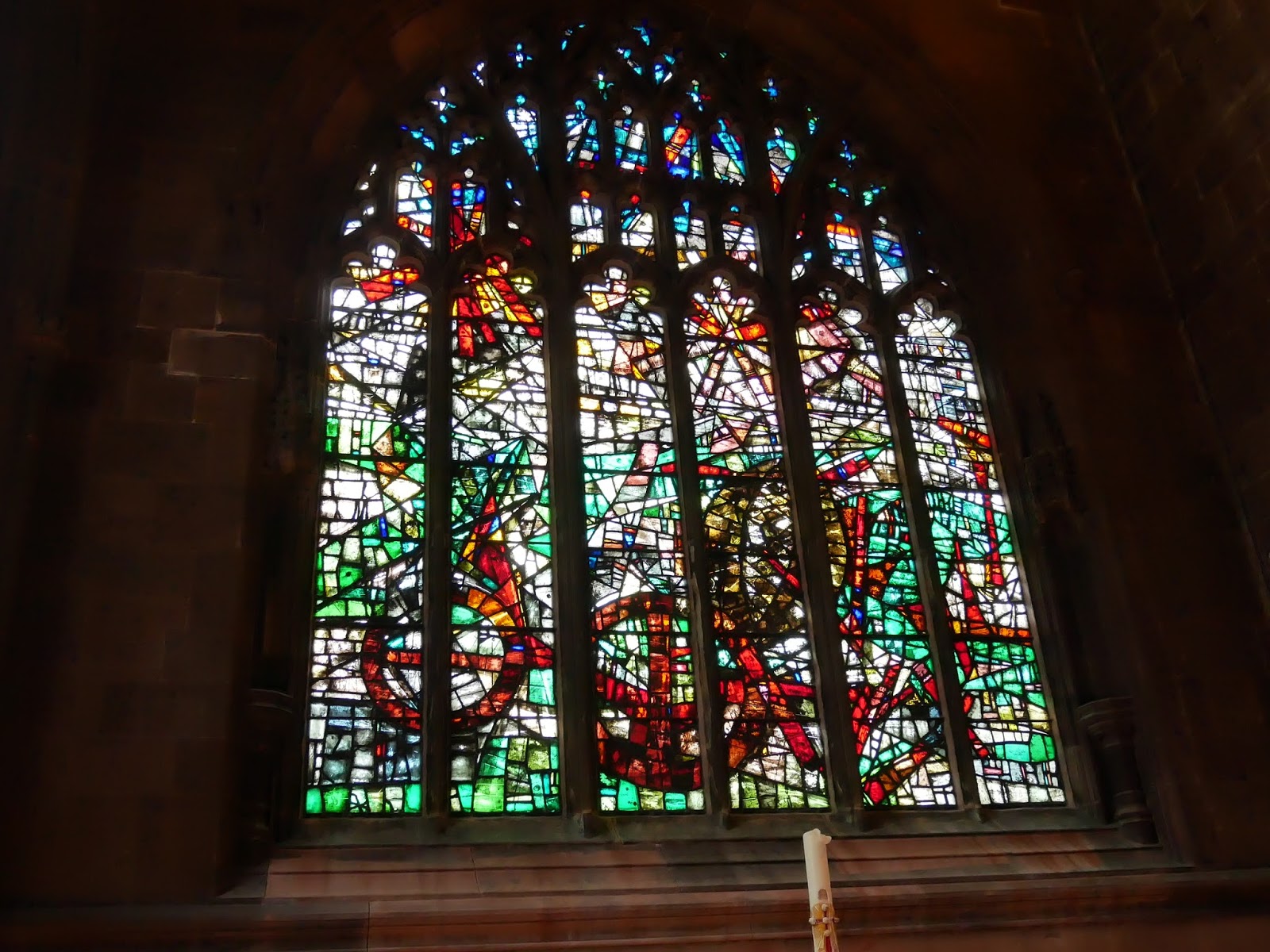 Possibly my favourite feature of the whole camera is the 4K burst mode. This 4K Burst records 4K video at 30fps for as long as you hold down the shutter release, and allows you to extract 8MB images from the frames recorded. I tried this out with a skateboarder in Manchester Cathedral gardens (he didn’t land successfully :); 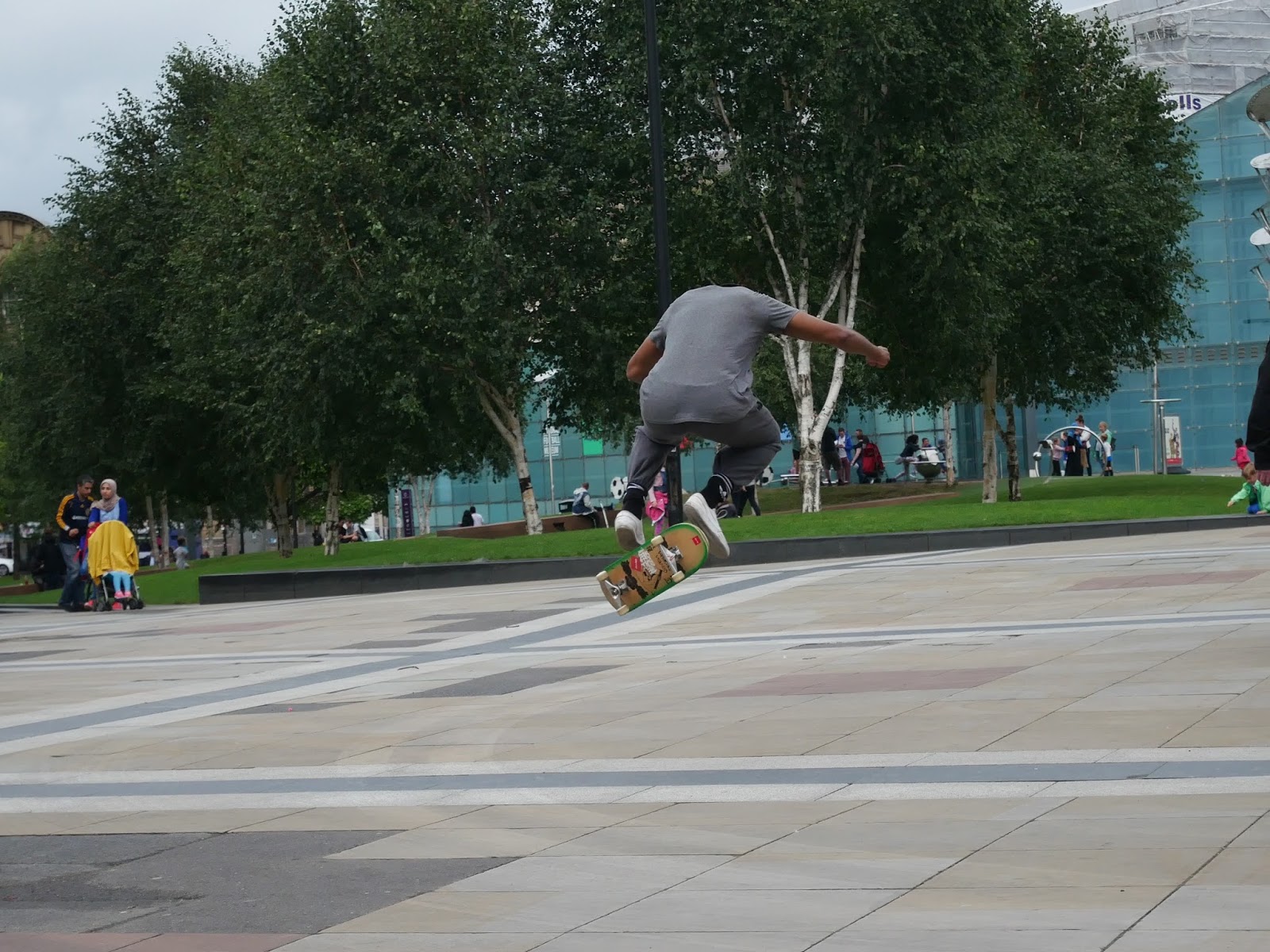 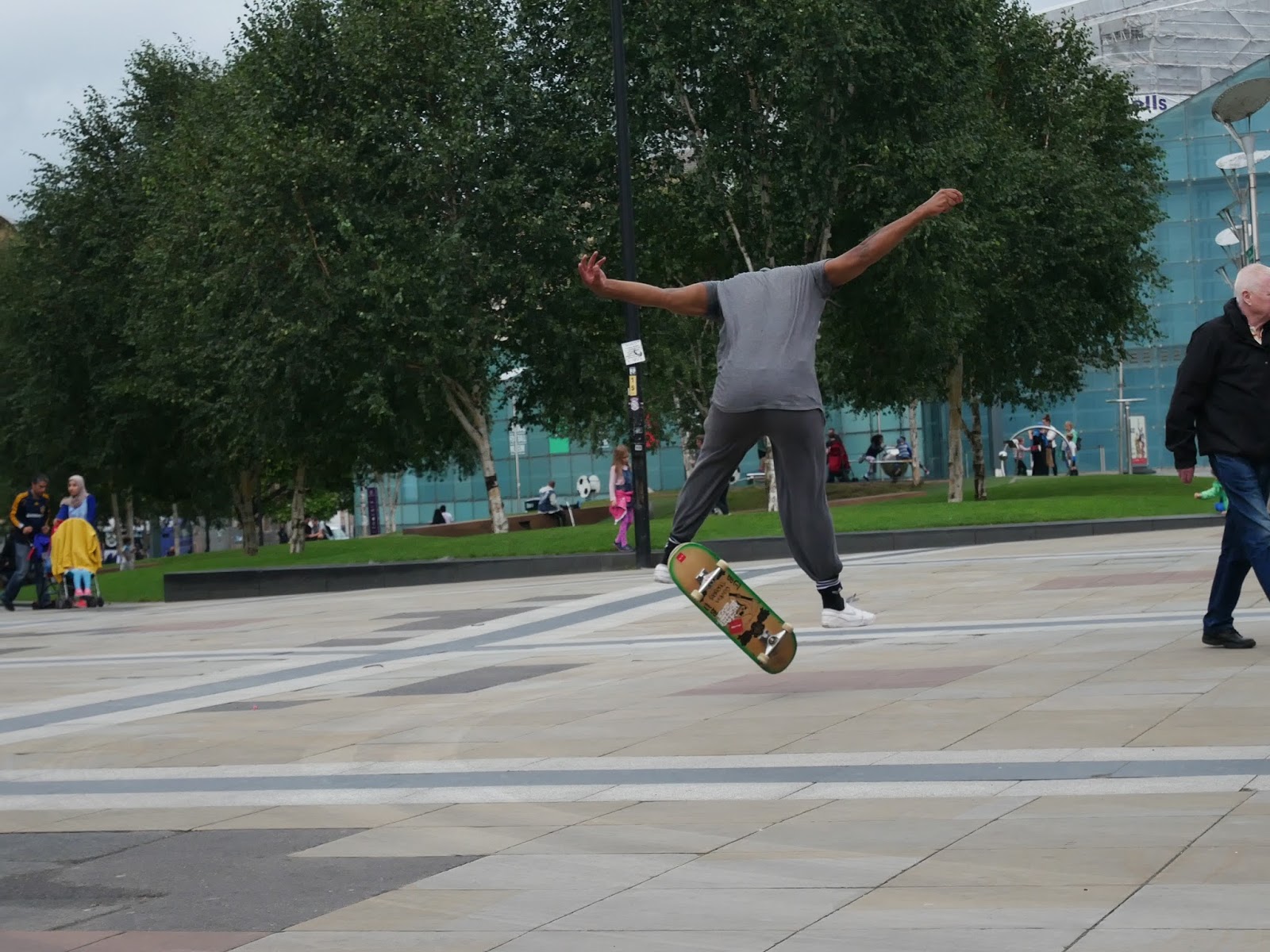 I’m still getting to grips with the Lumix GX80. There are so many features I’ve yet to try, including the new L.Monochome mode, which gives attractive monochrome images straight out of the camera, and the Post Focus mode, which allows you to change the area of focus in an image or video, after you’ve shot the image or video – very clever!

So what are the downsides? From a photography point of view, not many at all. The camera is packed with features and has a fantastic lens. From a video point of view, it doesn’t have an external mic socket, and the viewfinder only tilts – it doesn’t swivel around, which makes vlogging difficult.

As a budding filmmaker, those are the downsides, but the quality of the video and 4K imagery far outweighs the two negatives. It has certainly given my photos a much higher quality, and I can’t wait to shoot my first full vlog in glorious 4K 🙂

CHECK OUT THE GX80 VLOG!

Disclaimer: This post was created through a collaboration with Panasonic Lumix UK. While the camera was provided by them, the views and opinions I present here are explicitly my own. To find our more about the Lumix GX80, visit the Panasonic website.