Peruvian cuisine is booming. It was only when I visited Peru in October 2012 that I realised just how much of a entrepreneurial drive many of the chefs have over there.

Ask someone from Peru to define their cuisine, and they won’t answer quickly. I found that Peruvian dishes – aside from ceviche – take influence from other countries around the world. For instance the incredibly tasty four Andean-cheese lasagne I had in Peru is a prime example of Italian influence.

Anyway, enough reminiscing. I was over the moon to discover several Peruvian restaurants popping up in London – one of which was Señor Ceviche. 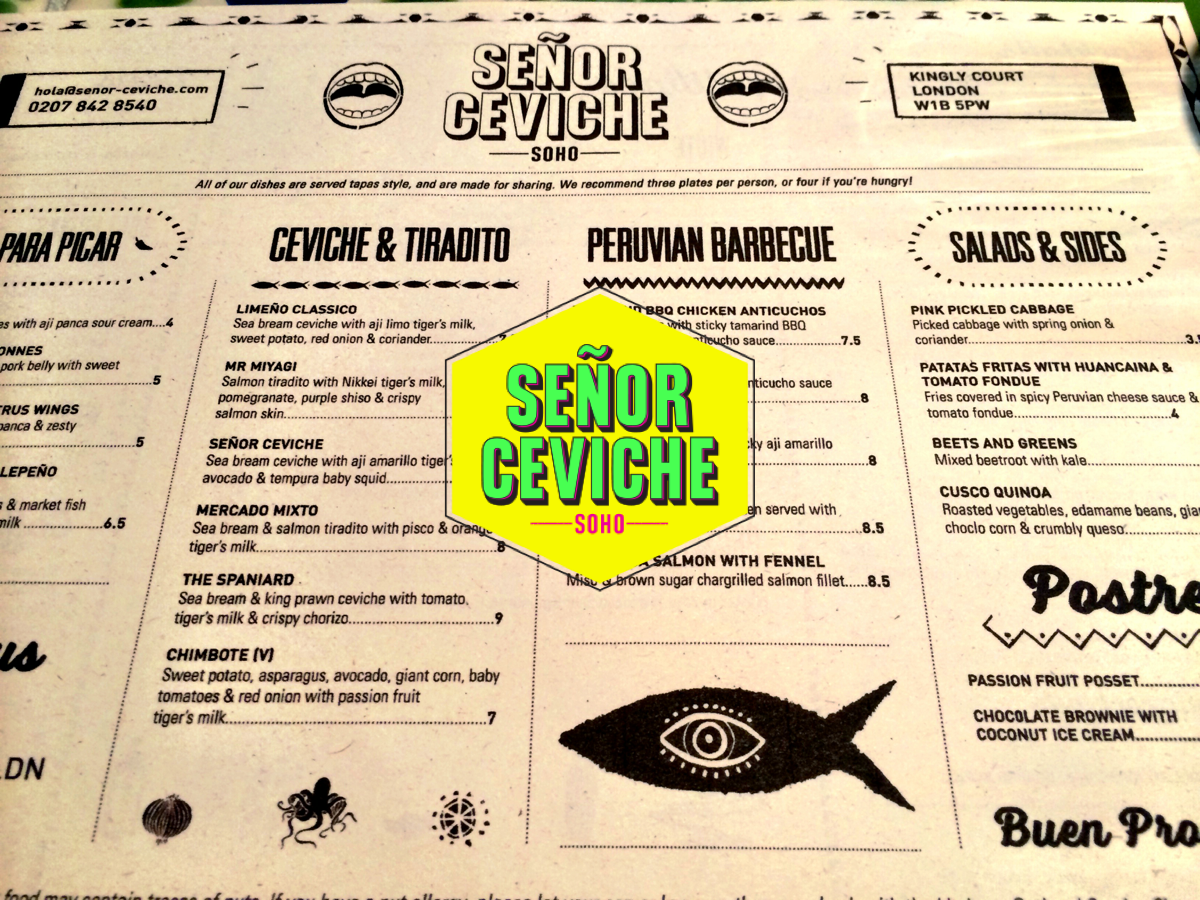 The former pop-up food house has now got a permanent residence in Soho’s Kingly Court, off Carnaby Street.

Ever since they appeared on my Twitter radar a few months ago, I’ve been waiting patiently to grab a seat and help myself to some Peruvian ceviche. I waited until the London culinary hoards had their feed and finally, this week, I made my way to Soho, and up to the first floor in Kingly Court.

Tucked away in the corner was the colourful Señor Ceviche. 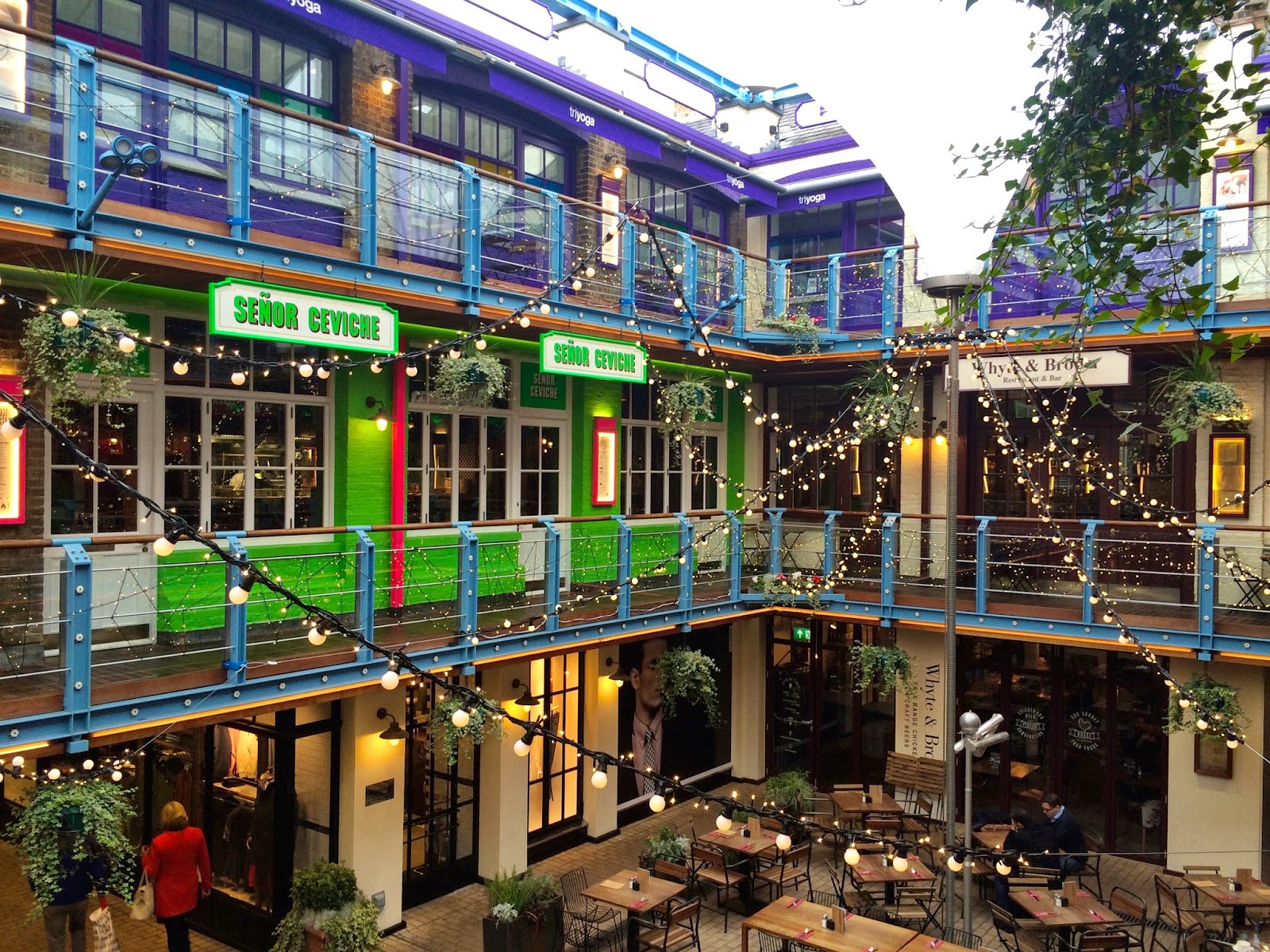 The staff were still stocking the bar and prepping the kitchen when I arrived at 11:55am, but I was allowed in, and took my seat at the bar.

The restaurant is unmistakably Latin American. The music, the tiled bar, the neon signs…it brought a smile to face as I remembered the great times I had in South America. 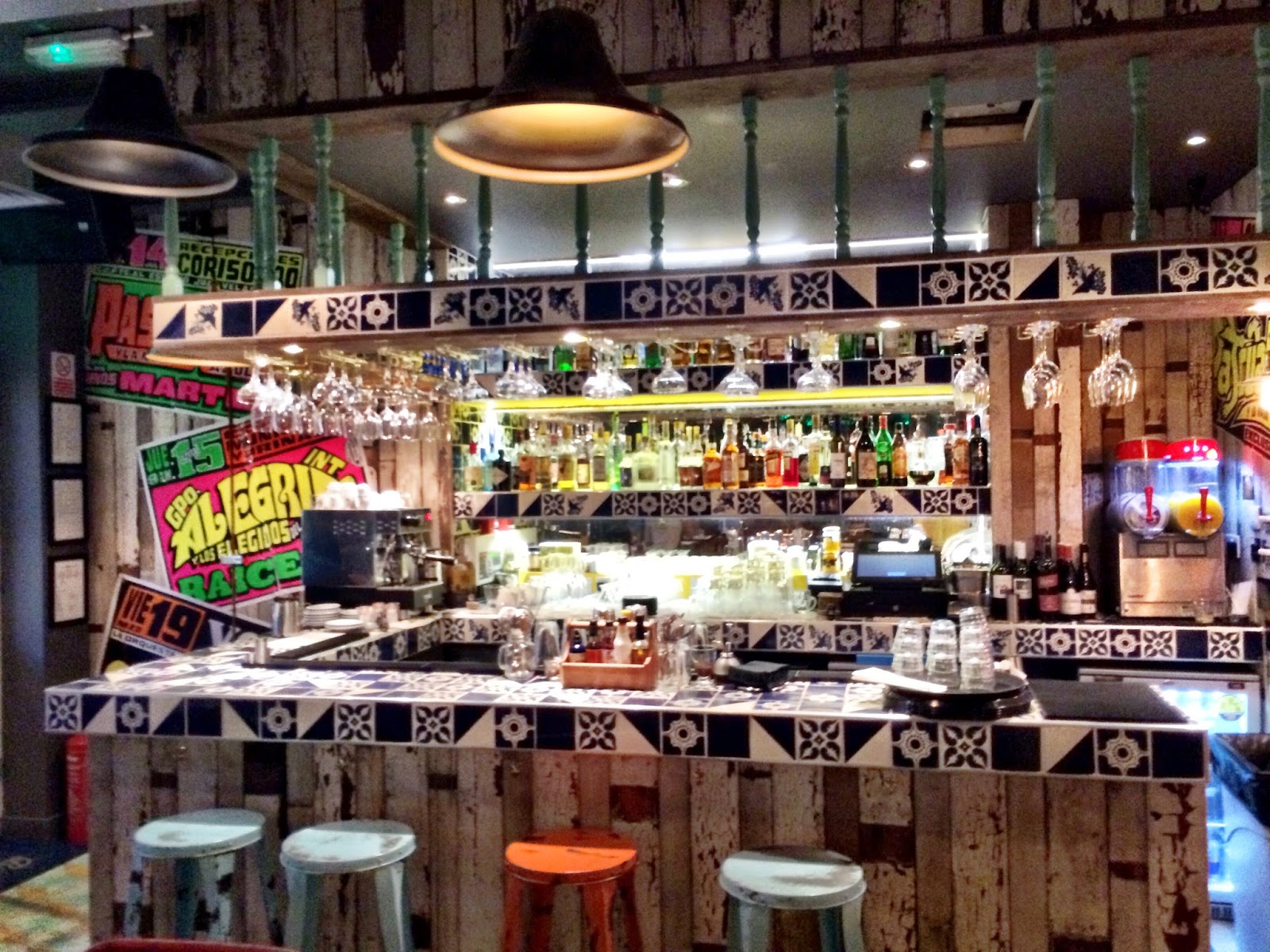 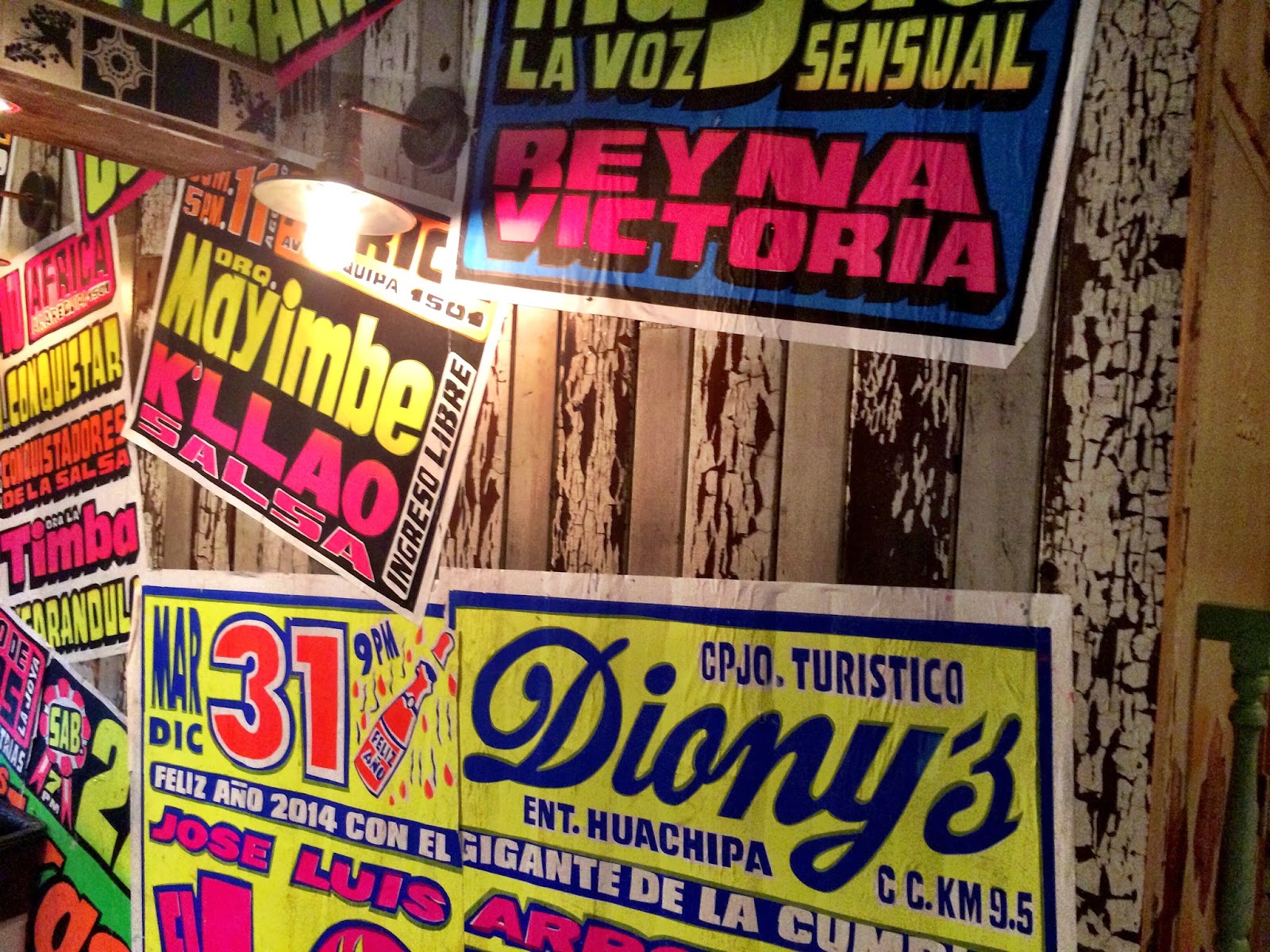 Time to review the the food and drink. In addition to their main food menu, Senor Ceviche also have a lunchtime special for £8.95, available between 12pm and 3pm – a great deal if you fancy a lunchtime treat! 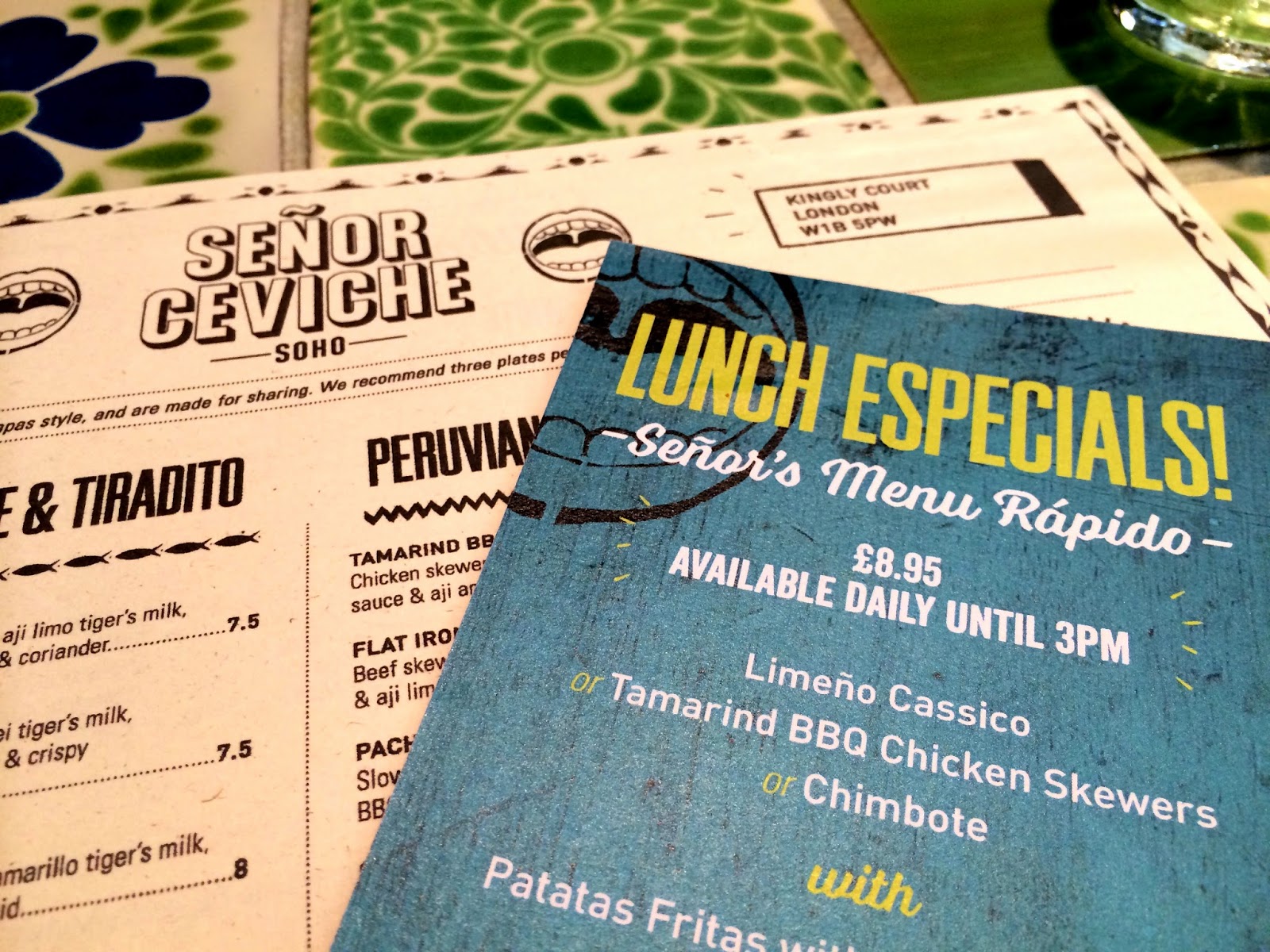 Was it too early for a beer? Never! So I ordered a Cusquena 🙂 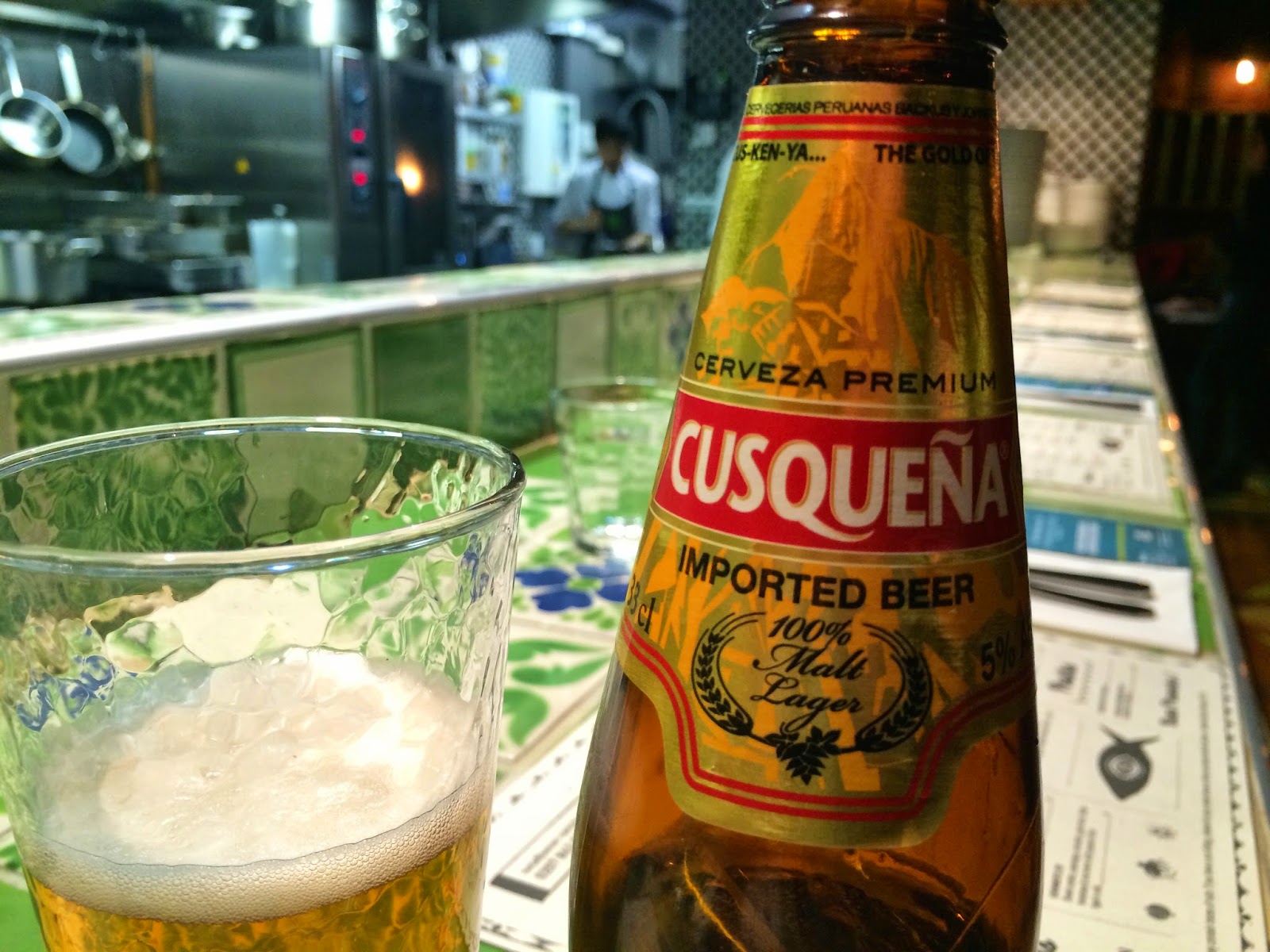 I knew I wanted some fresh ceviche, but this was a tapas style menu, and my body was craving meat. After sneaking a peek at The Londoner’s post earlier in the morning, it inspired me to go for the smokey citrus chilli chicken wings.

The aji panca and lemon glaze made these wings very sticky, but they were incredibly tasty! 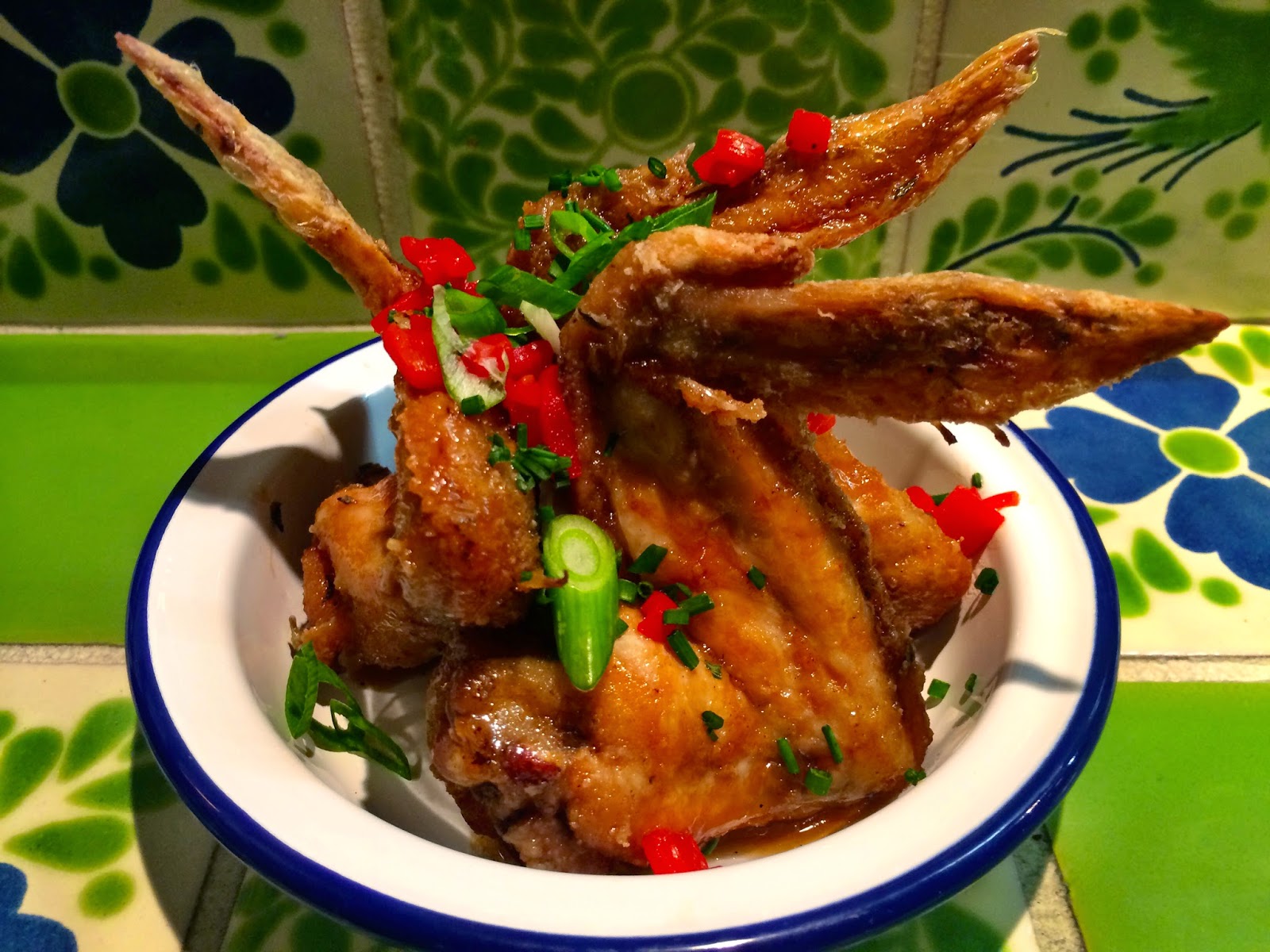 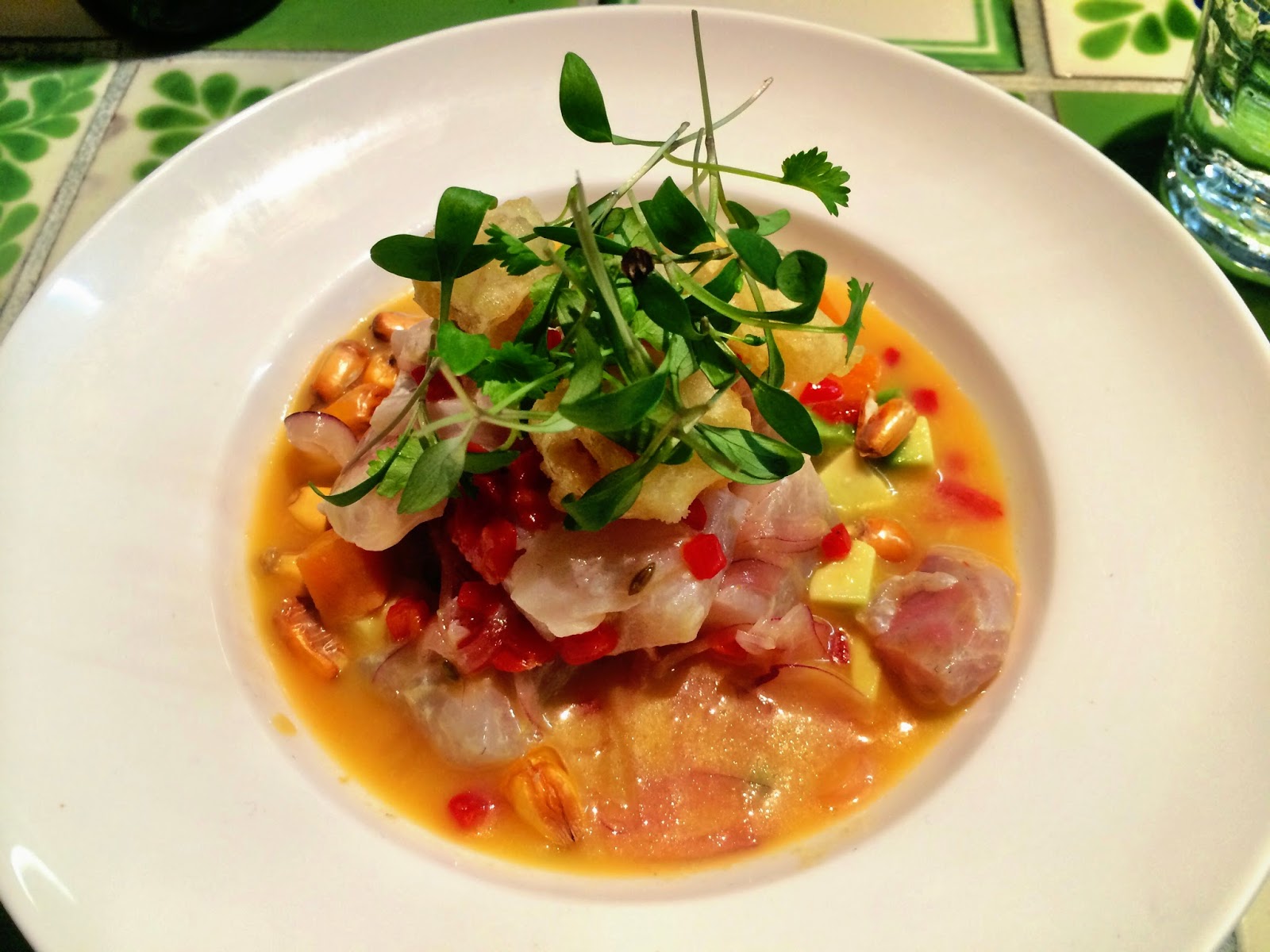 Given it was lunchtime I was thankful it was quite a light dish. Anymore and I would have needed an afternoon nap.

The service was quick, the waitresses gave advice on what to order, and were also kind enough to pose for a photo. 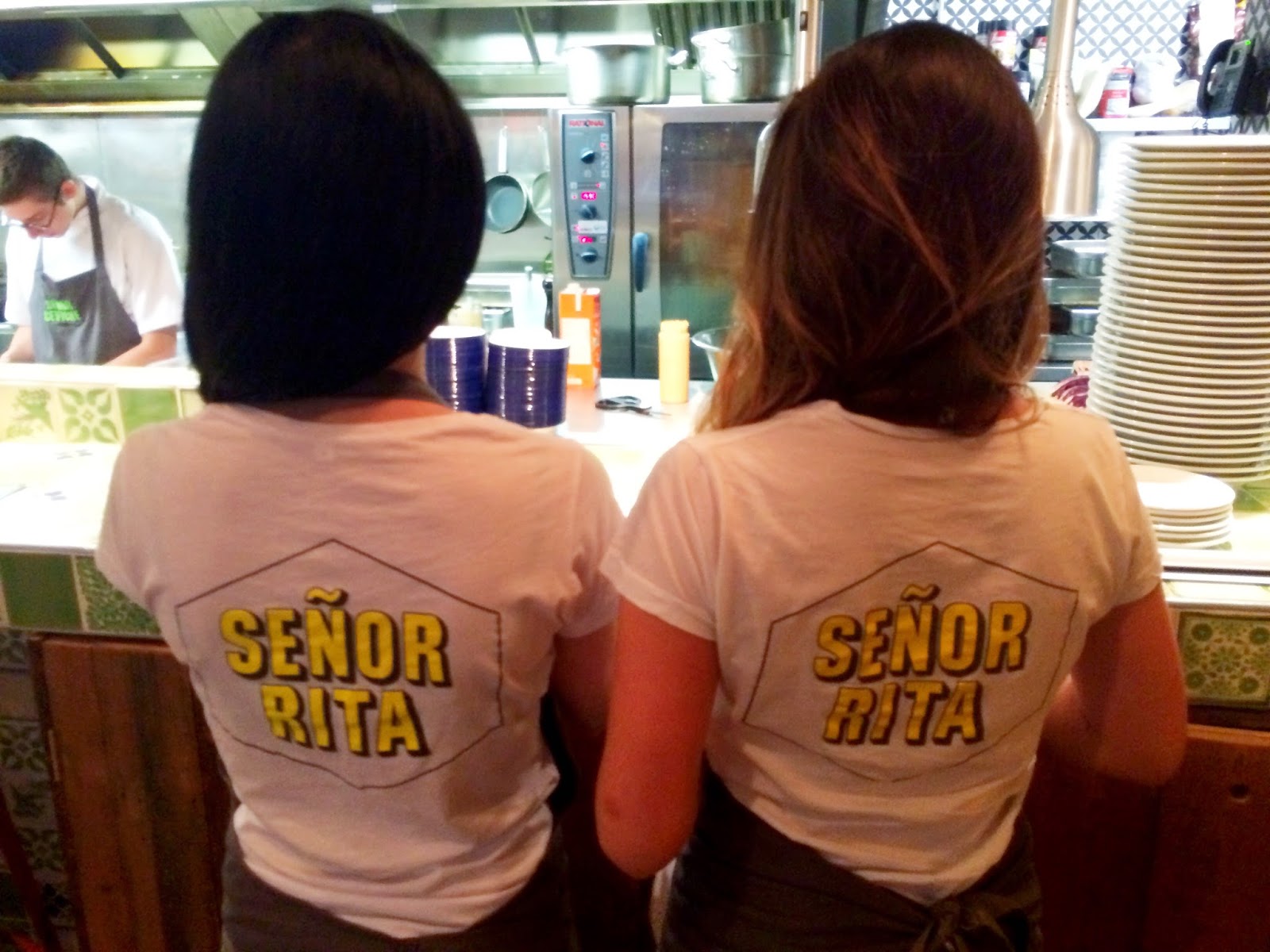 If you love Latin America as much as me, and fancy a change from the usual Pret-A-Manger or Leon sandwiches on Carnaby Street, give yourself a lunchtime treat and head to Senor Ceviche.

@SenorCevicheLDN Here’s a preview for you guys, but you already know how good your food looks! http://t.co/AulmH5PUPW pic.twitter.com/FPconr12v9
— Jordan Bunker (@JSBunker) November 14, 2014

@SenorCevicheLDN what a night! Yes yes yes on the food !!!!! Busy busy but everything was brilliant! Again , yes! pic.twitter.com/5qw8kM6kiU
— James (@chefdibb) November 12, 2014

As it was lunchtime (and I had to be quick), I missed out on the essential Peruvian cocktail – the Pisco Sour. If you make it to Señor Ceviche before I go back there, please have one for me 🙂

PS. You probably noticed the title of this post says ‘part 1’. Keep your eyes peeled for part two 😉

Reviewed on 18th November by Simon Heyes
Senor Ceviche – Soho
Some of the best ceviche and Peruvian cuisine in central London.
I love ceviche and Peruvian cuisine. Senor Ceviche now has a permanent home in Kingly Court, so if you fancy a treat at lunchtime or after work, head here for some tapas-style food, and a pisco sour or a Cusquena It is located at First Floor, Kingly Court, Soho, London.
Rating: 5
17th November 2014/0 Comments/by Simon Heyes
https://adventurebagging.co.uk/wp-content/uploads/2014/11/seno-ceviche-peru-london-carnaby.png 900 1200 Simon Heyes https://adventurebagging.co.uk/wp-content/uploads/2018/10/Adventure-Bagging-Travel-Blog-WP.svg Simon Heyes2014-11-17 23:27:002018-06-11 16:42:35Señor Ceviche - A Taste Of Peru In London
0 replies

My 10 Year Anniversary In Digital Marketing
Scroll to top