As I stared out over the Lake Kariba dam, I discovered Zimbabwe had something in common with my old home, Scotland. A serpent-like, mythical creature.

We flew in a tiny plane from Harare to Kariba, and as we came into land, the sheer size of Lake Kariba became evident. Over 250km long, and up to 30km wide in some places, the lake is huge, and home to a plethora of wildlife along its Zimbabwean shoreline.

Lake Kariba is man made, formed when a dam wall was built across the Zambezi River in the 1950’s to provide hydro-electric power for Zimbabwe. Up to the current day, the dam provides around 50% of Zimbabwe’s electricity. Pretty impressive for a country larger than the size of England.

But the dams’ construction was not without incident. For those working on the construction of the dam wall – many of whom were from Italy – the project was fraught with danger and apprehension.

Before the dam wall construction, the Zambezi Valley was occupied by the Tonga people – a sustainable tribe that held a simple life, and believed in gods and mythical creatures. In 1955, construction on the dam began, and the simple life they once knew was torn apart.

Trees were torn down, roads were built and communities were destroyed.

On Christmas Eve that year an unprecedented flood stormed down the gorge, washing away foundations of the dam. In November 1956, heavy rains fell a month before they were due, causing more flooding and impeding work on the dam.

These events – the Tonga people believed – was the work of Nyaminyami, the Zambezi river god. According to Zimbabwe mythology, it is believed that when the dam was constructed, Nyaminyami (also known as Nyami Nyami) was separated from his wife and that – coupled with the devastation caused to the surrounding wildlife – was the reason for the flooding and catastrophic events taking place along the gorge.

On 20th February 1959, a platform in a shaft to the power station collapsed, hurling 17 workers down 70m, followed by 200 tons of wet concrete. By this point, the dam construction has cost the lives of over 85 people.

Gradually many believe Nyaminyami’s dissatisfaction faded, as the dam wall was completed in June 1959 and the huge lake of 3900 sq km began to fill.

But the destruction didn’t stop there. The lake filled much quicker than anticipated, and animals became stranded on raised hills (now islands) in the middle of the lake. Many began to starve and die, until Operation Noah was mounted to save some 6000 animals that were still stranded on the shrinking islands as the lake filled.

Wildlife was largely relocated to Matusadona National Park. Animals including elephants, antelope, rhino, lion, leopard, zebra, warthog, small birds and even snakes were rescued. But many perished, and as a result, one of the largest islands on Lake Kariba is known as Starvation Island.

Today, minor Earth tremors are occasionally felt in and around Kariba. Tonga mythology believes that this is Nyaminyami trying to reach his wife, but when he can’t get through the dam he turns around with such fury that the Earth around Kariba shakes. 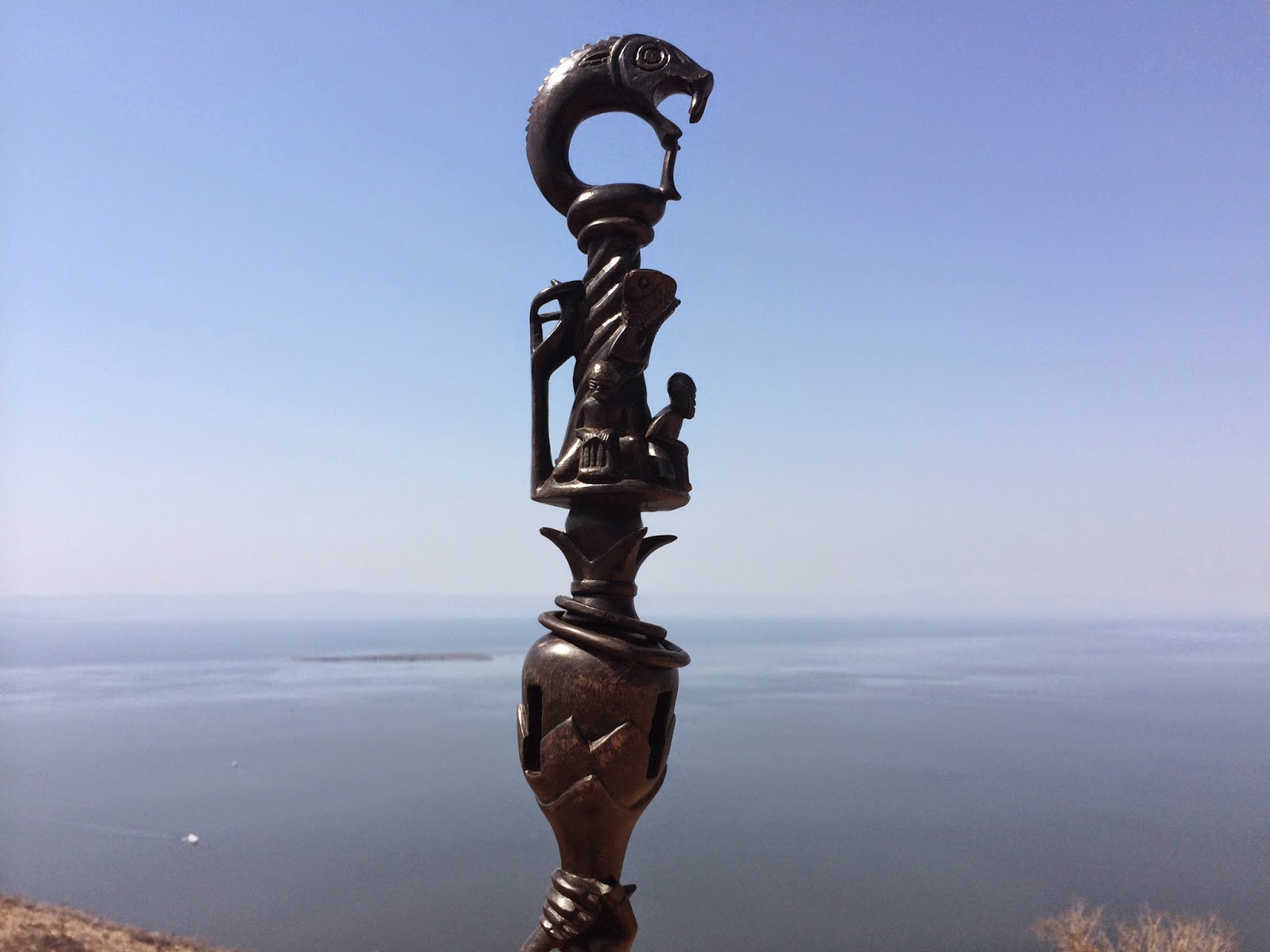 So if you are ever in Kariba and you feel a tremor, fear not, it’s simply Nyaminyami making its presence known. It certainly appears to have more presence than the Lock Ness Monster anyhow.

Want to learn more about the Kariba dam? Have a peek at my video below 🙂