The 27th August has become a tradition. A few weeks before National Burger Day, I will pick one of the top burger joints in London, make a reservation, and count down the days until the meat sees the mouth.

2014 seems to have been the year of the burger for me, as I’ve visited Meatliquor, tried the Ari Gold burger at Patty & Bun, and had three burgers in two days in Brighton. As I’ve said before, I’m becoming a bit of a burger whore.

With the Imperial Swine burger from the Trolls Pantry still the clear burger winner so far, Bread Street kitchen had a lot to live up to. 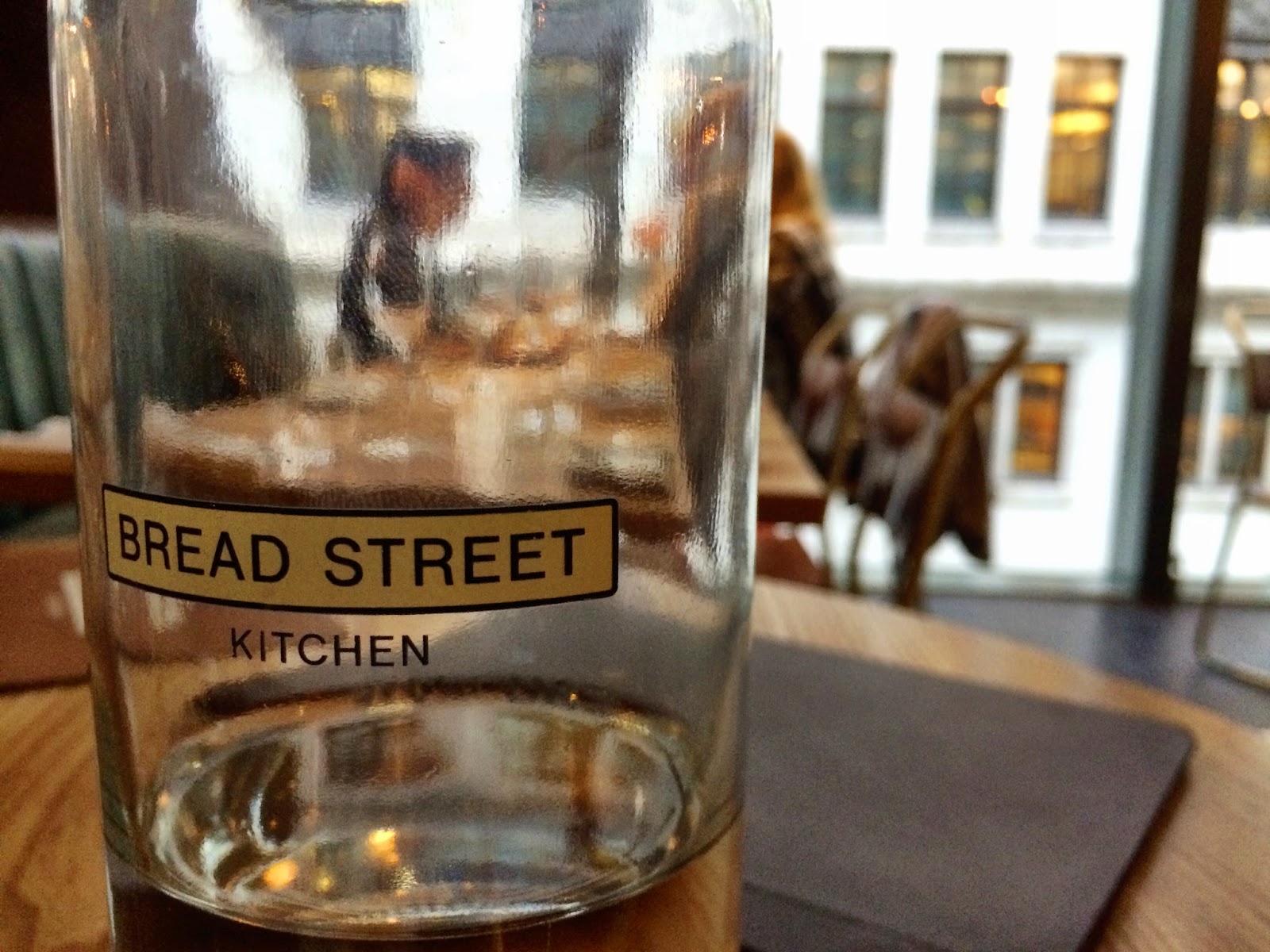 Bread Street kitchen hasn’t been touted as one of the best burger places in London for no reason though, which is why I was keen to give it a try.

We shuffled past the cocktail-swilling banking crowd and headed upstairs, where we were swiftly welcomed and shown to our table. The upstairs space is huge, and the restaurant was busy – always a good sign. 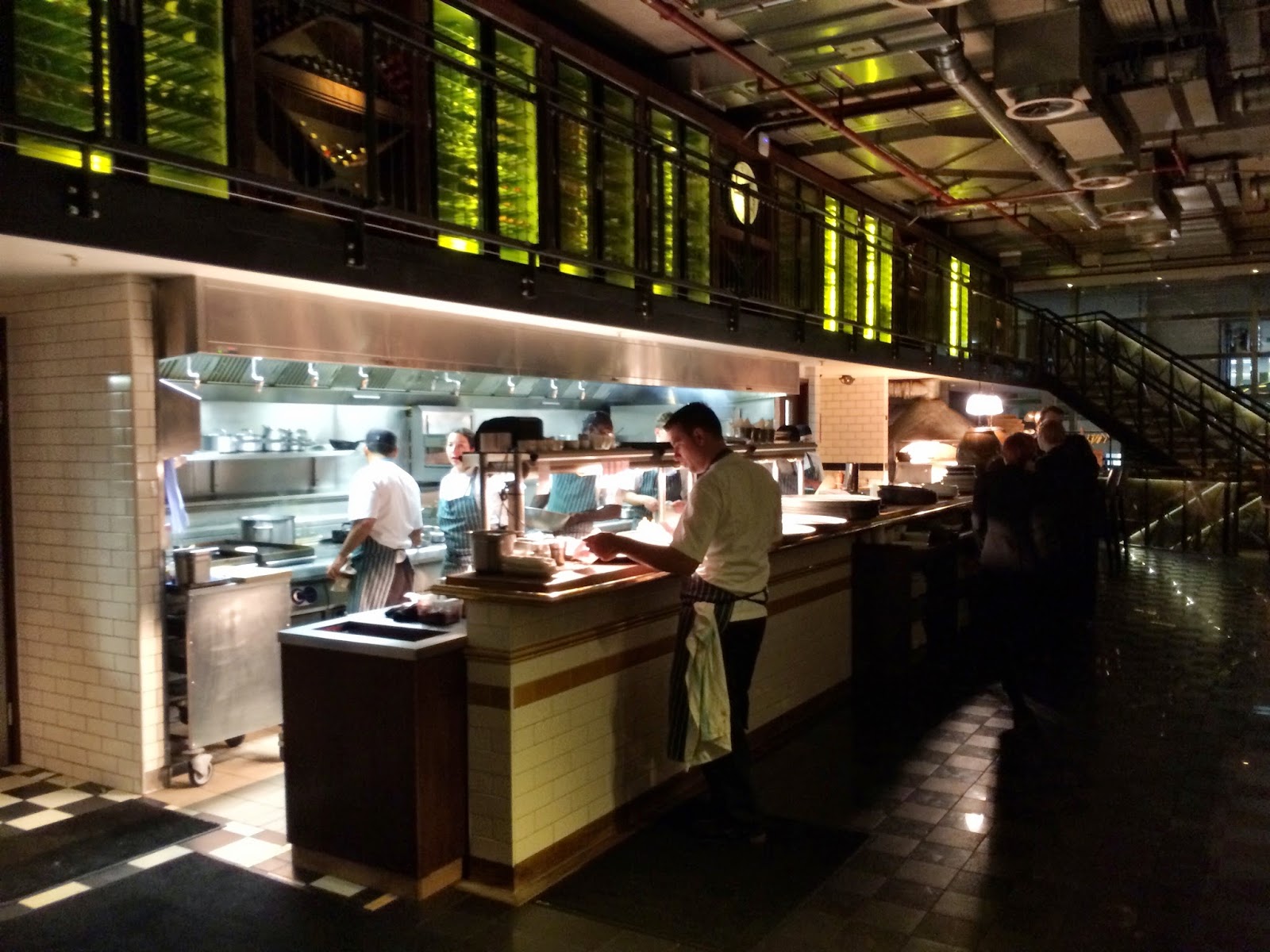 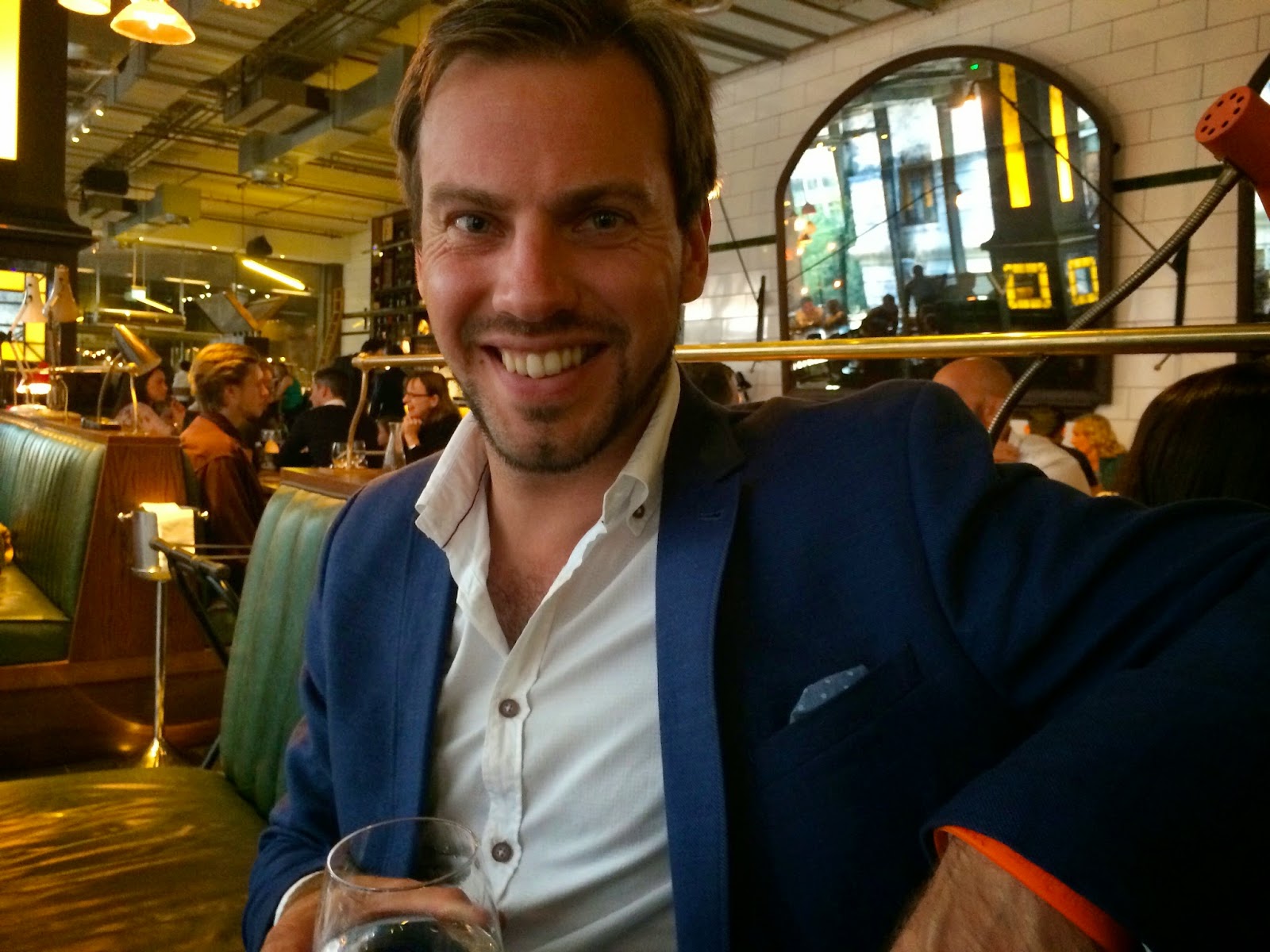 We were given menus and a warm welcome from our server(s). When asked if we would like a pre-dinner tipple, I gleefully browsed the menu and ordered two Love Potion Number 9s – a port and pink champagne concoction that fizzes on the tongue. 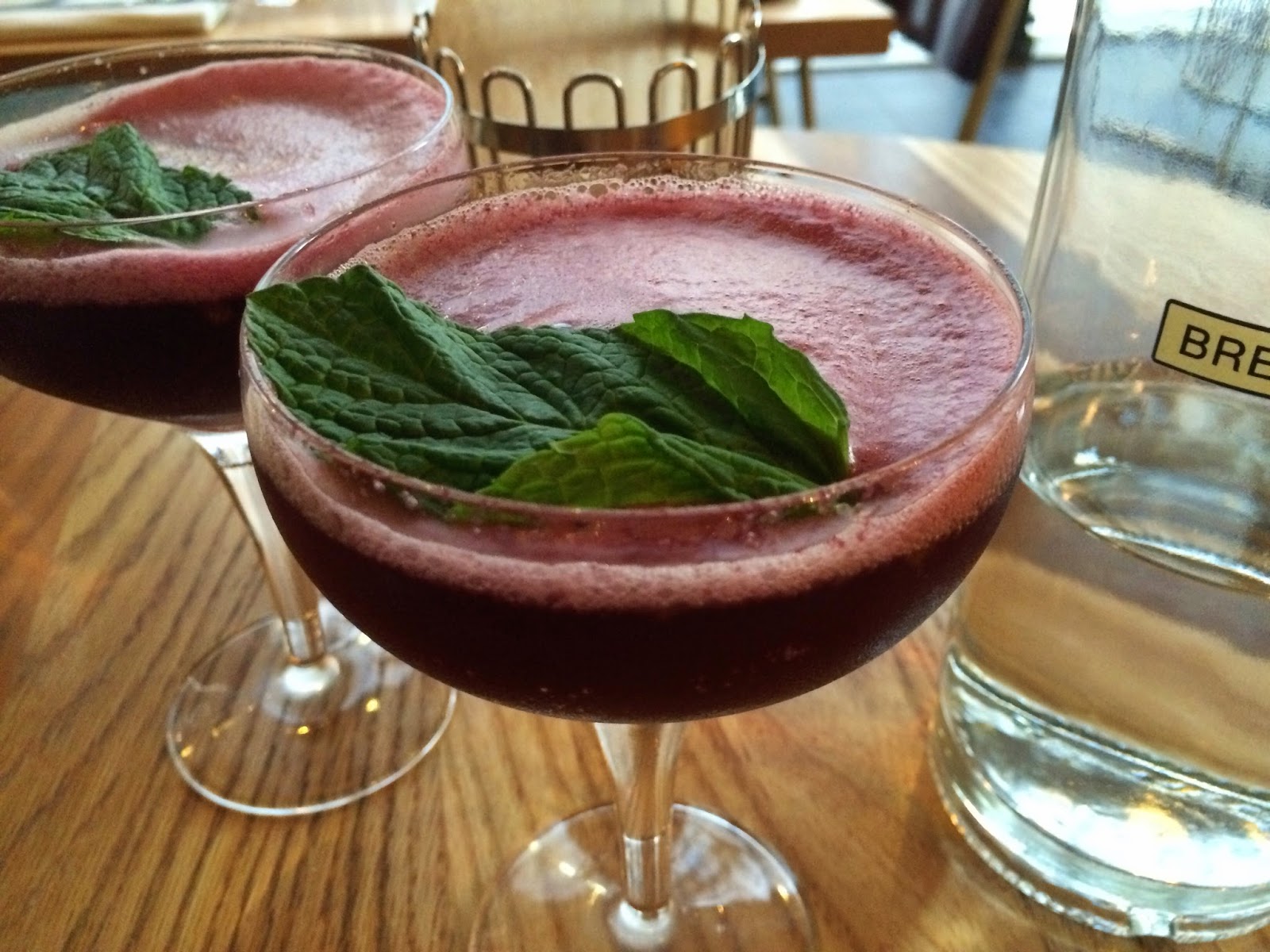 We sipped our purple cocktails and looked through the menu. Despite the slightly high prices, there was something for everyone, and when we looked around at some of the dishes, were highly impressed by the quality and quantity of the food available.

Usually I would just go straight for the burger, but the starter menu looked great, so we agreed to dive in. Given the last time I had cerviche was in Colombia, I chose the salmon ceviche, which came with ruby grapefruit, mango, jalapeño, lime and coriander (£10.50). 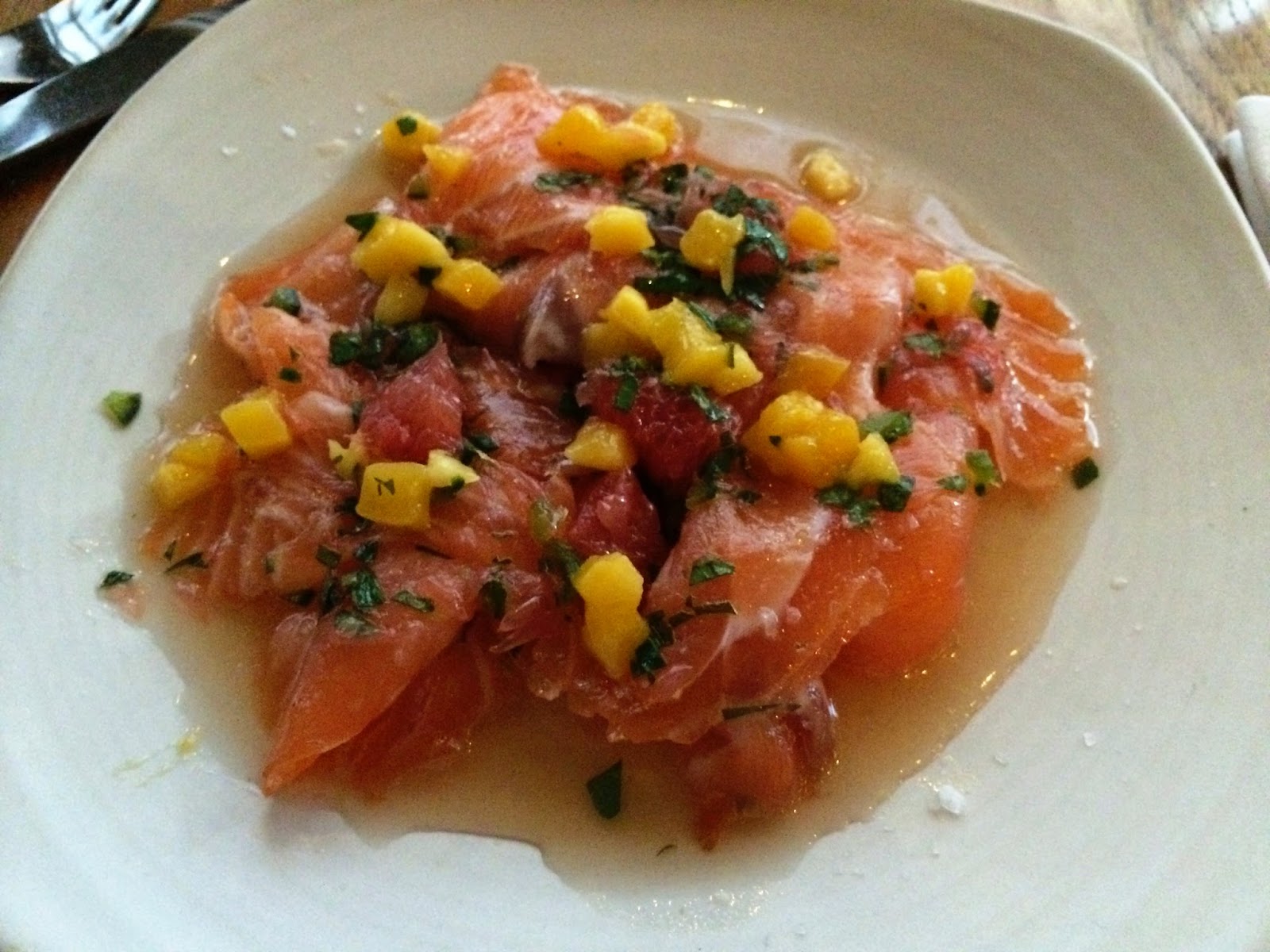 It tasted as good as it looks. Fresh, tangy, and the grapefruit and mango played delightfully with my tastebuds. A great start to a good meal!

Just as we were about the order, the waiter told us their special of the day – specifically for National Burger Day – was a veal and fois gras burger. As tempting as it was, this was a day for beef, so we ordered two Bread Street Kitchen short rib beef burgers (£12.50), which came with Monterey Jack cheese and a spicy sriracha mayo.

Given the Piggie burger at Bar Boulud was £13.75, I thought the burger was good value, especially in a restaurant setting. 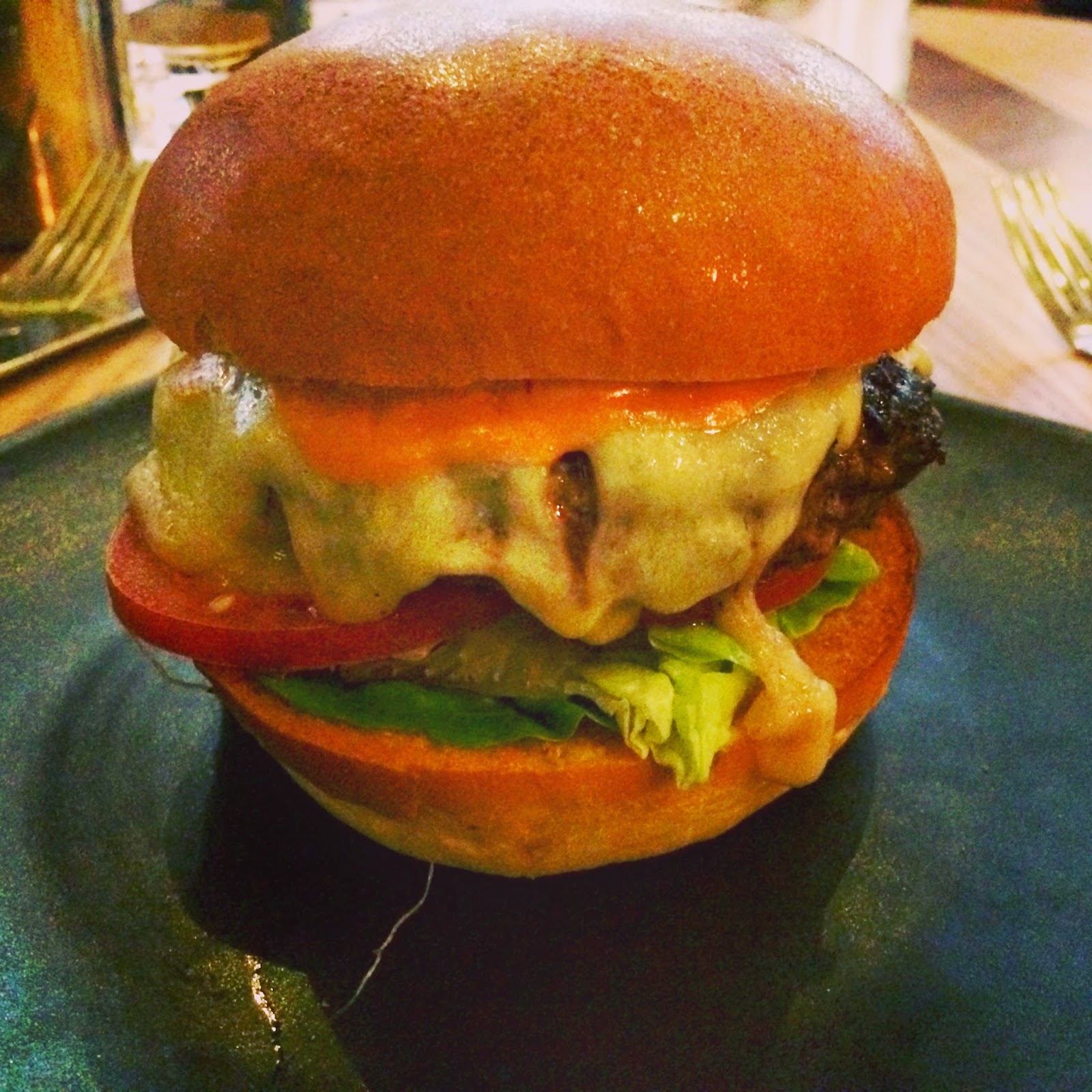 Out they came. They looked good – especially as the Monterey Jack cheese was melted perfectly down the side. I wasted no time and took a bite – nice tender beef, cooked to medium, and a slightly sweetened bun, which complemented the other flavours nicely. 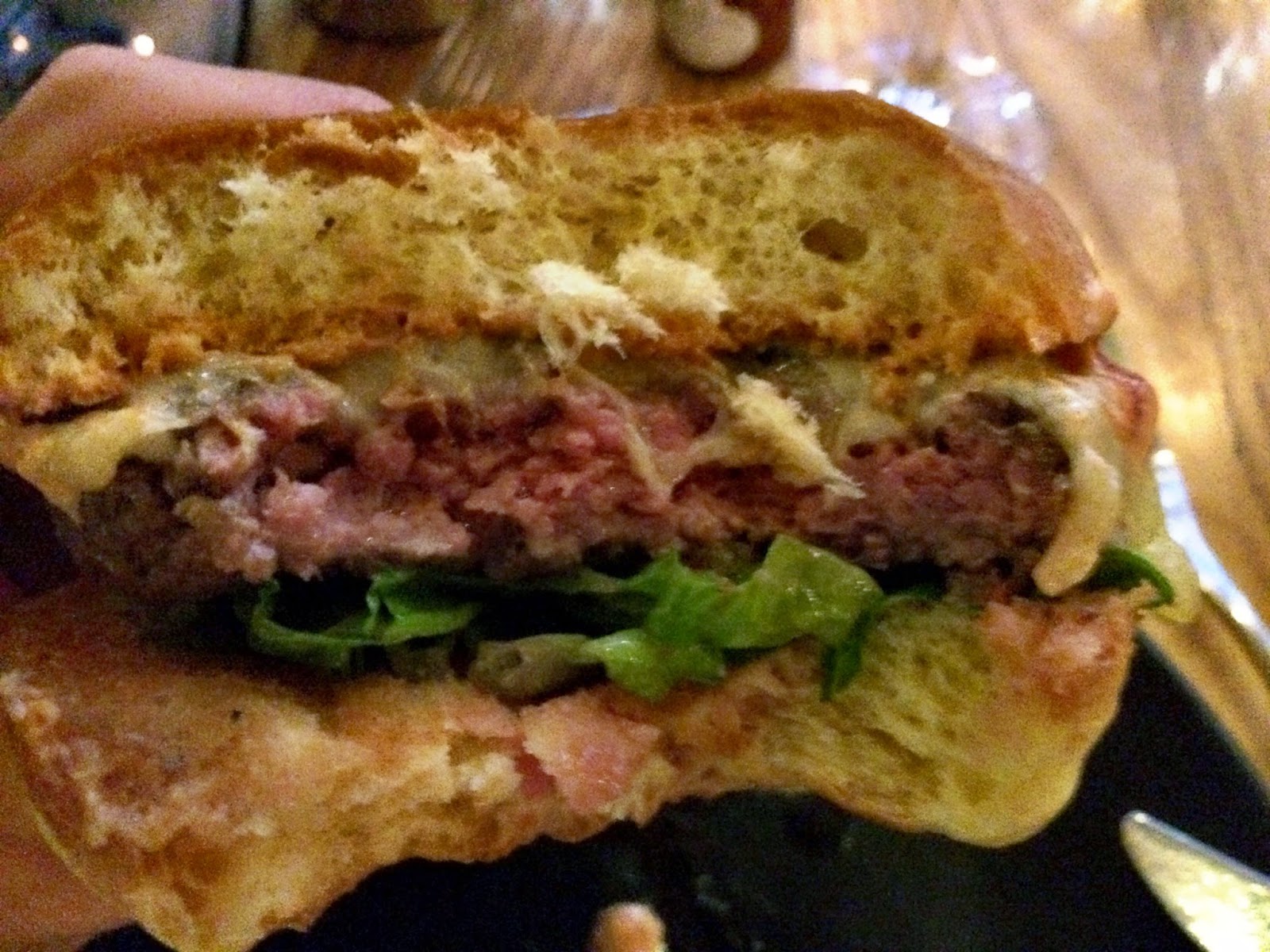 The juices ran onto the plate below as I worked my way through. This burger was pretty damn good. Simple, effective, tasty.

We even got a side of hand-cut chips (£4), and a side of mac n’ cheese (£5) with a crispy topping of garlic roasted crumbs (don’t judge, we hadn’t eaten lunch), both of which were delicious too, and sat guiltily on top of my burger. 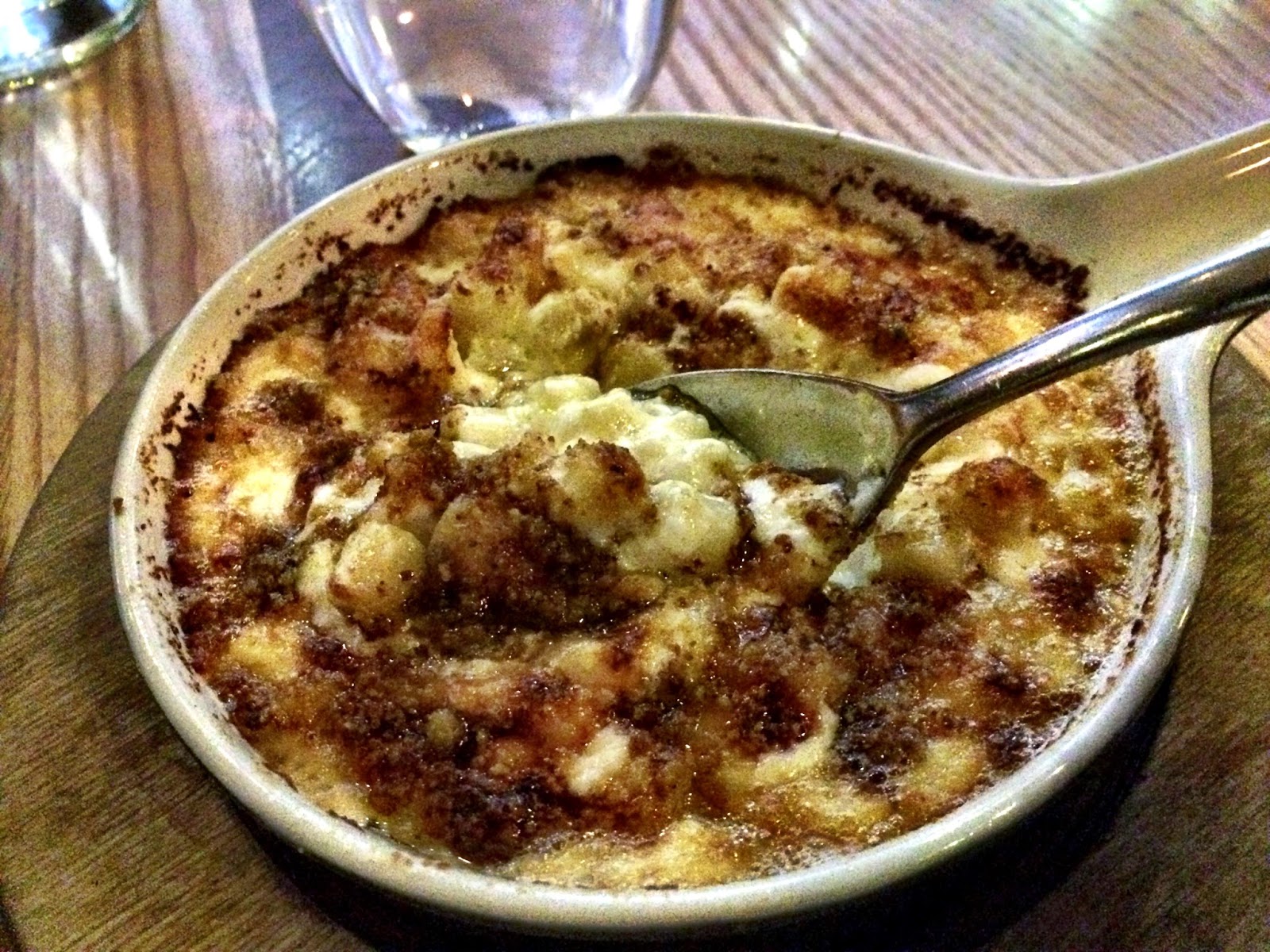 We had chance to sink a couple of glasses of Barbera d’Asti from the Piedmont region in Italy (one of my favourites for red wine) during the main course too, and the bill came to £118, with service included.

That got me thinking. Yes, a lot of the mains were expensive. The sides were good value though, as was the burger.  The Barbera d’Asti was £7.50 each for a large glass, which is reasonable for a good restaurant. But the burger (I gave it a 7.5/10) was pretty tasty, and was £12.50.

I’ve got quite a few more London burger places to try, so I’ll report back and let you know! In the meantime, if you’re near St. Pauls and fancy a burger for dinner in a nice setting, I’d give Bread Street kitchen a try.

An iPhone Photo Tour Of The Salar De Uyuni