This week a taste of Italy has arrived in Shoreditch!

Safe to say I was very pleased indeed when the team at Birra Moretti invited me to the exclusive launch of the Moretti Gran Tour in London.

The Moretti Gran Tour showcases the best of the UK’s Italian street food vendors, including the award-winning Pizza Pilgrims, Gurmetti, Terrone & Co and Cooking Cooks, all under one roof. Plus, there was beer and live music. Was I excited? Hell yes. 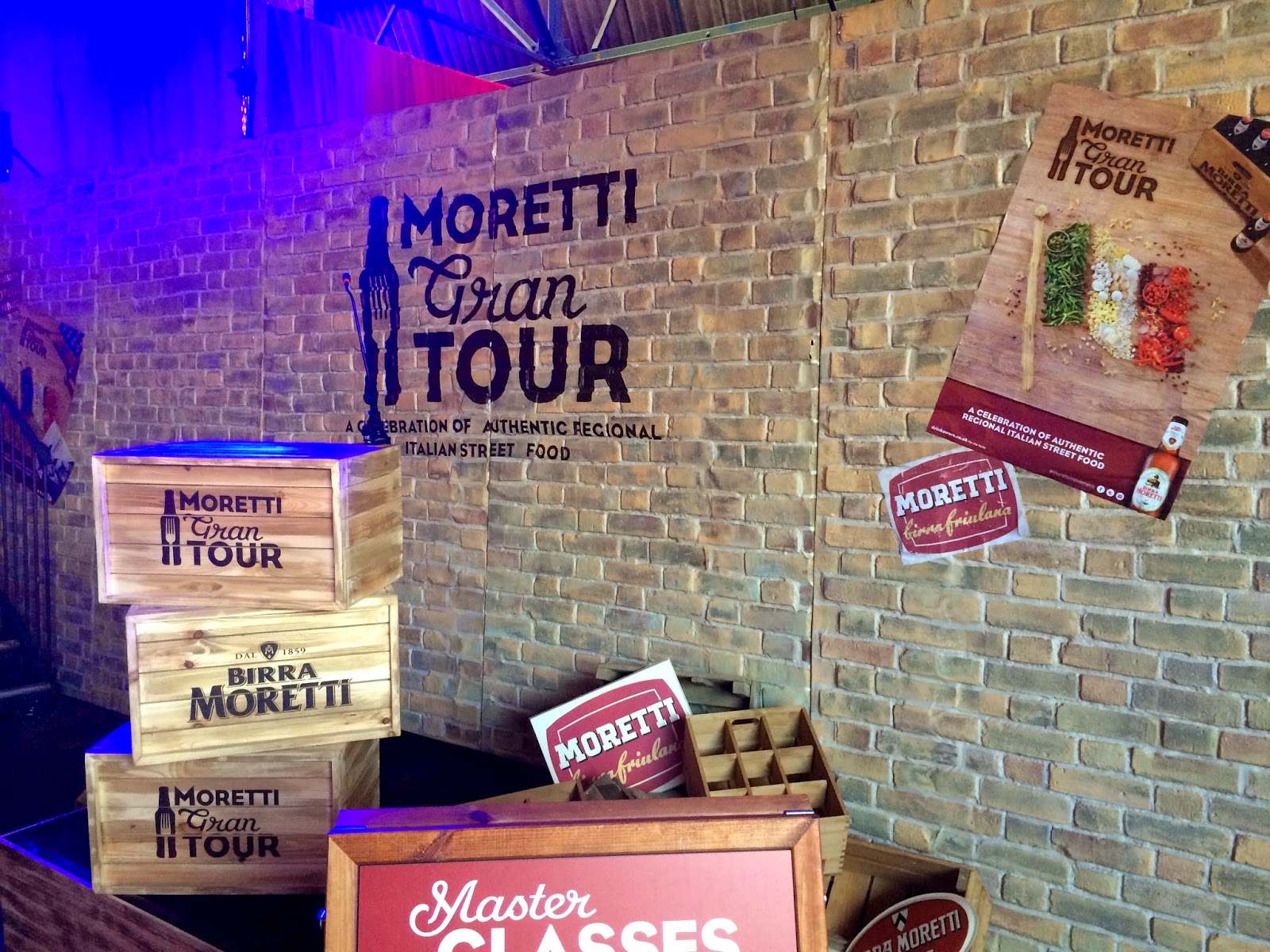 Arriving into Factory 7, the team at Birra Moretti had converted the warehouse space into a long Italian street market, with olive trees, pizza ovens, little tuk-tuk vans and the smell of freshly cooked Italian food.

I headed straight to the bar for a beer. 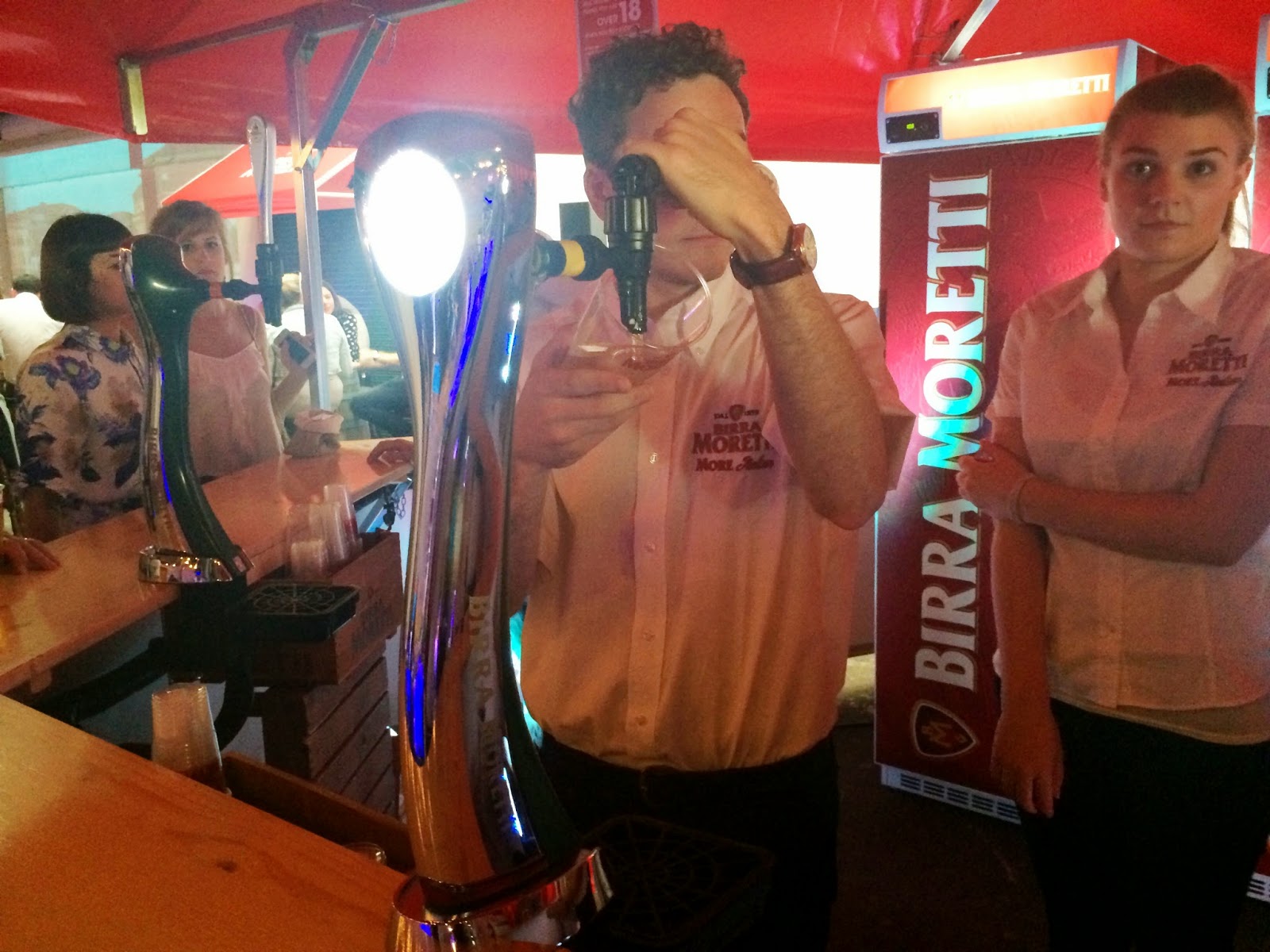 Then back down into the main ‘street’, I began queuing for the Gurmetti stall. I watched the guys make their torta frita dish – traditional fried dough puffs with pork charcuterie. Mouthwatering and light.

Some of the blue lighting made my iPhone / Camera+ photos look radioactive, so I’ve borrowed a few pics from other bloggers!

Next up, it was time to try some fresh pasta. 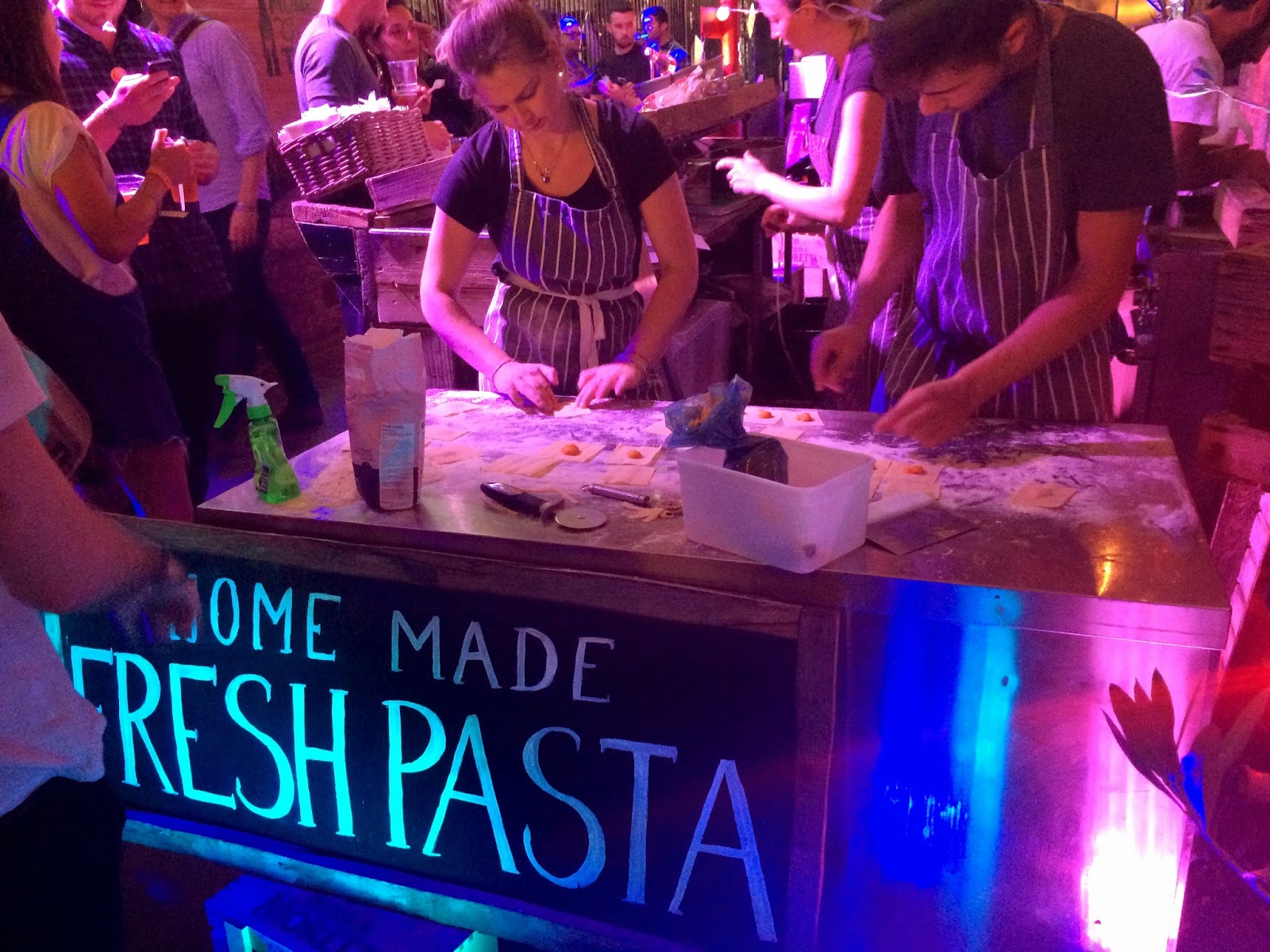 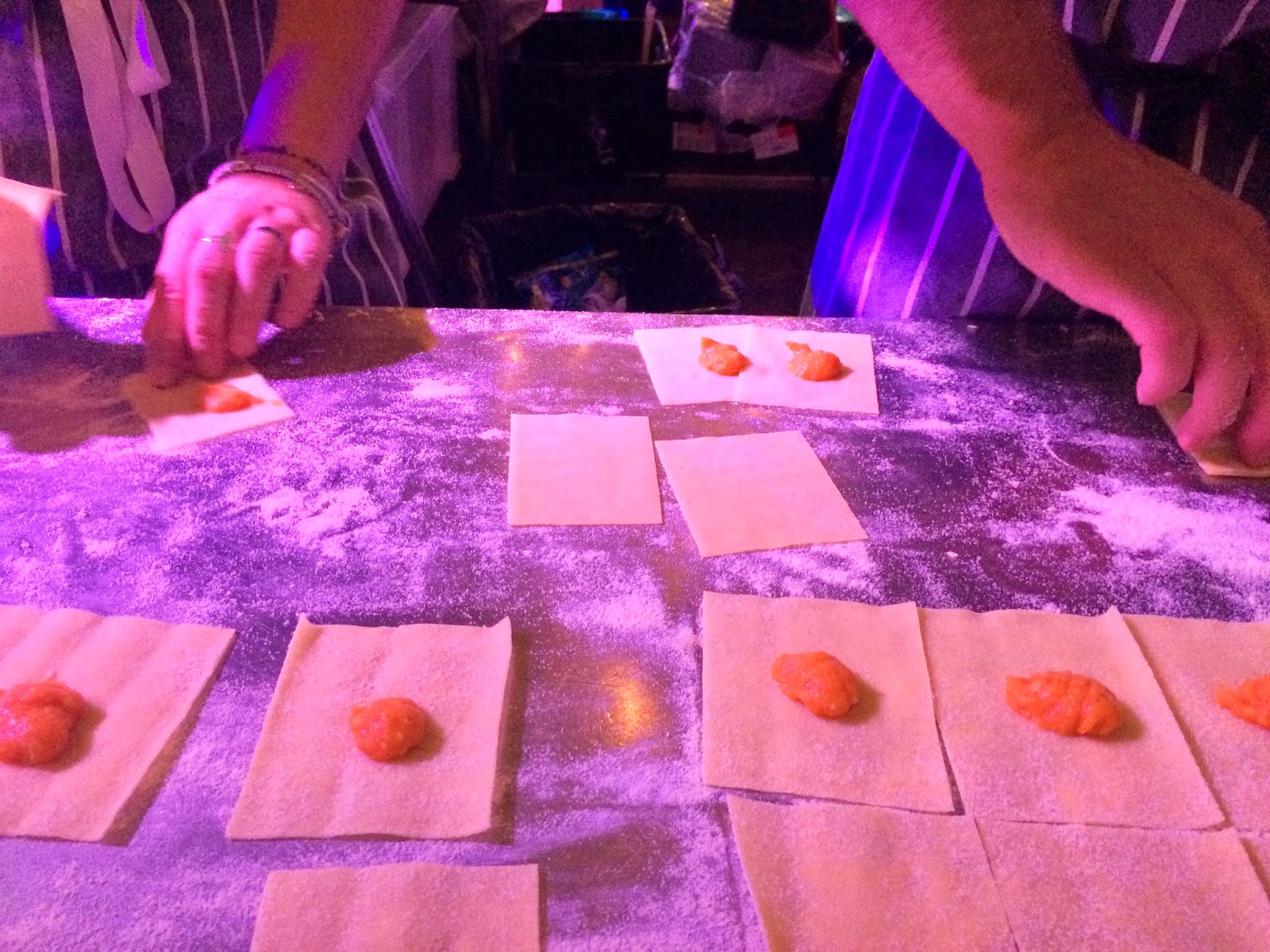 It was finished with a butter and sage sauce, and topped with crumbled biscotti biscuit to add a little sweetness. I cannot tell you how good this tasted! 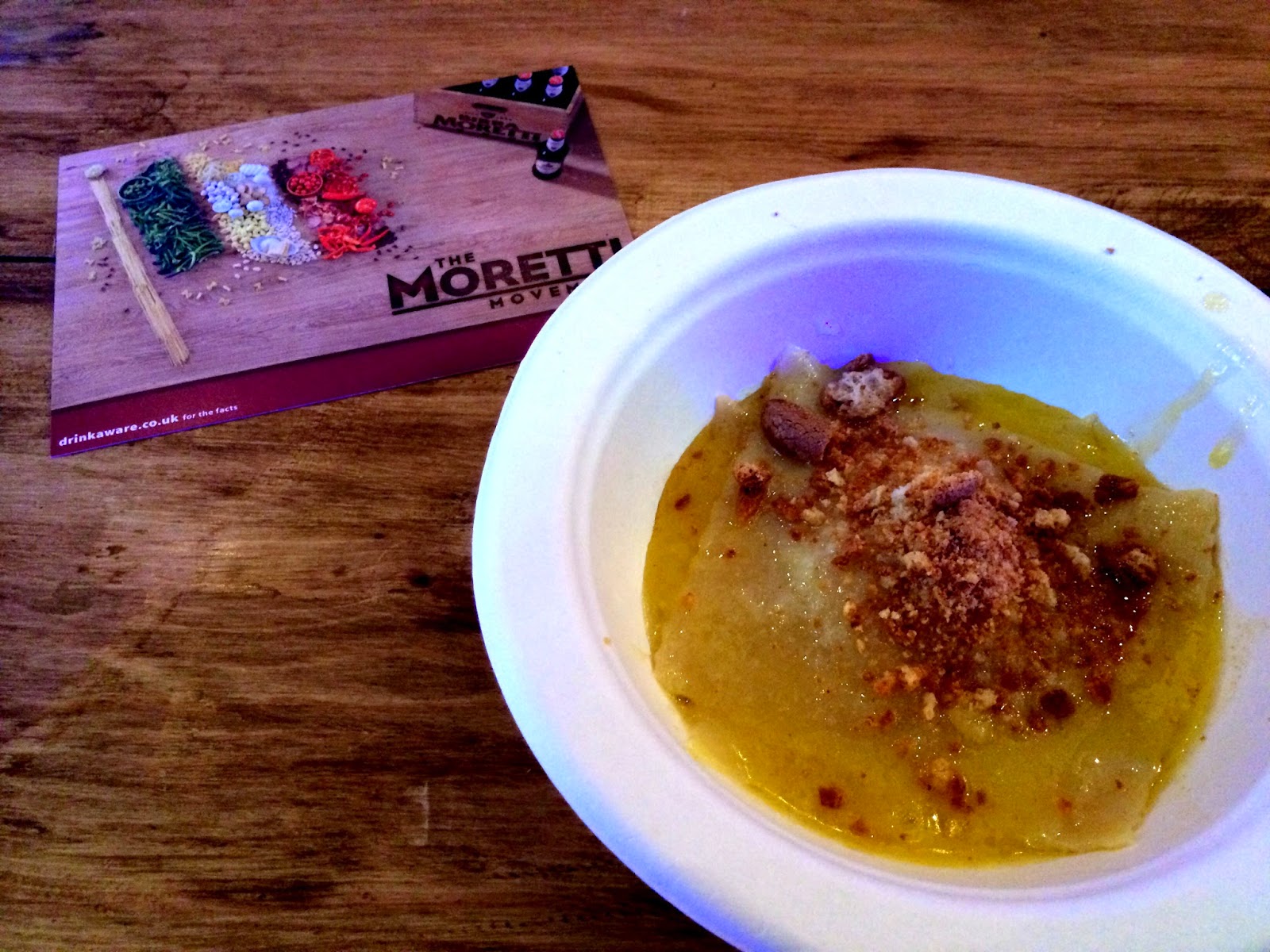 It fact it was so good, I went back for two more portions later in the evening. But sssshhh, don’t tell anyone.

After this course I refilled my beer and had time to wander around the market. Long benches to sit on, wooden barrels to sit and drink next to, a DJ set up…it was quite the arena! 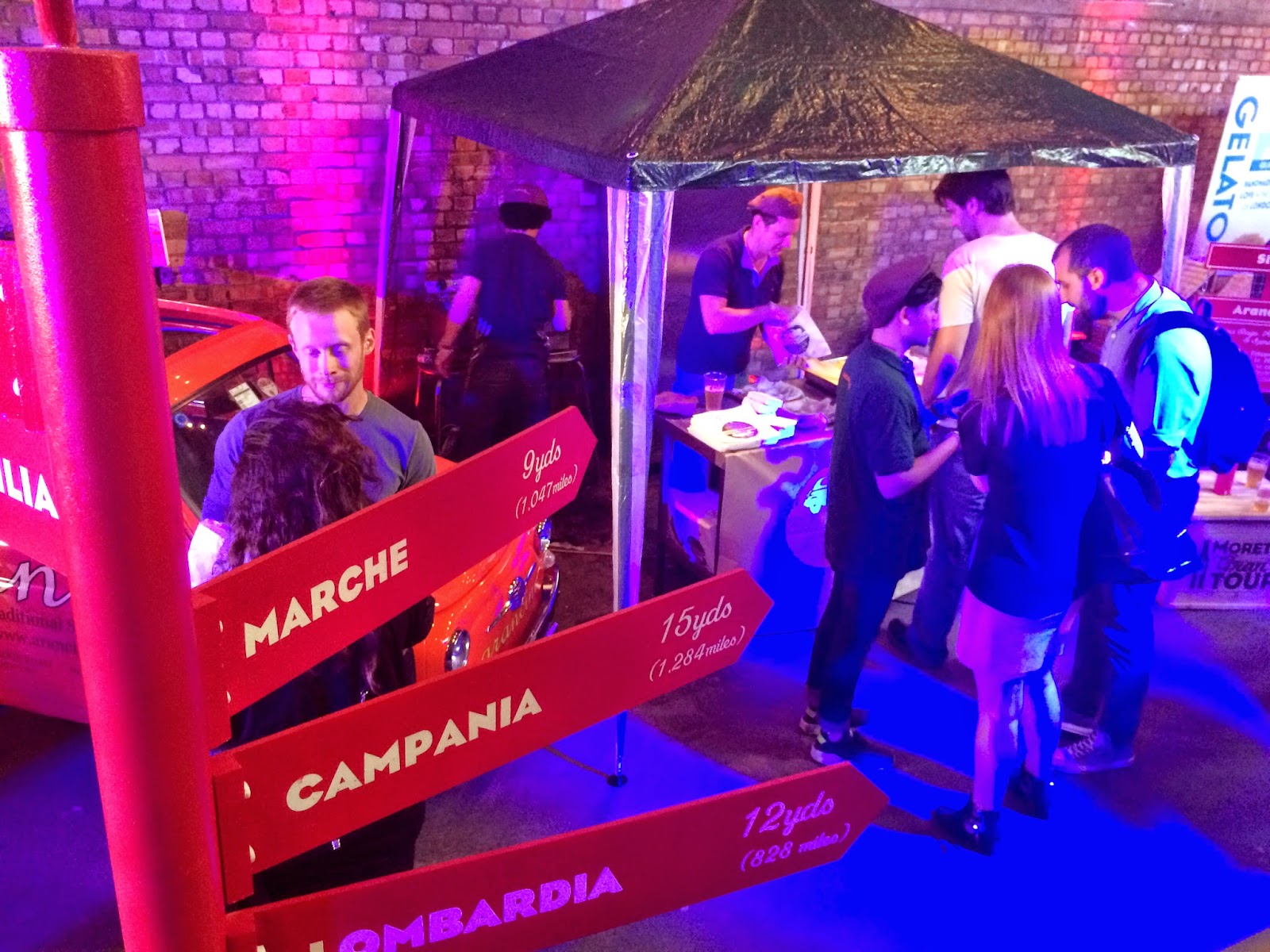 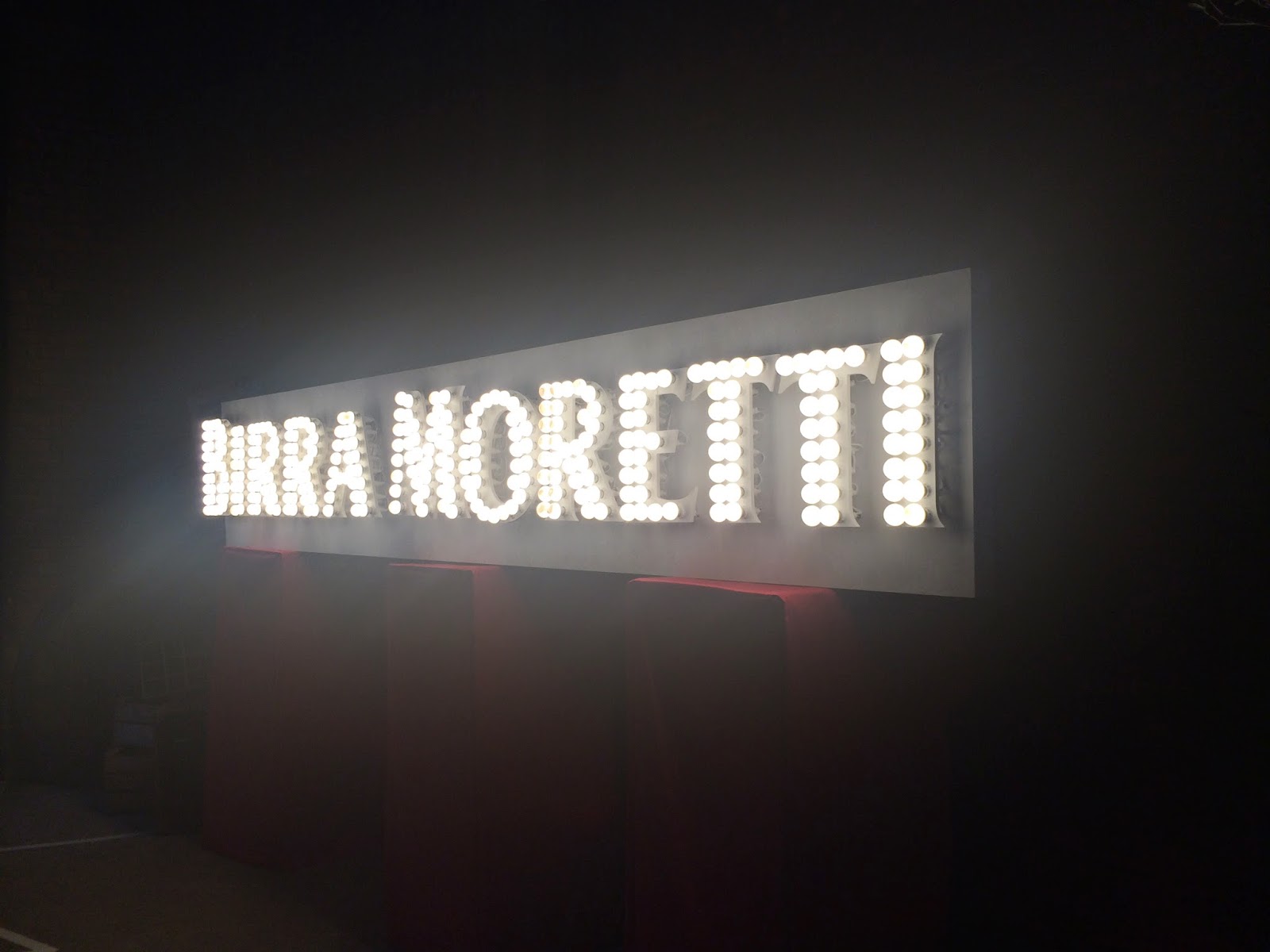 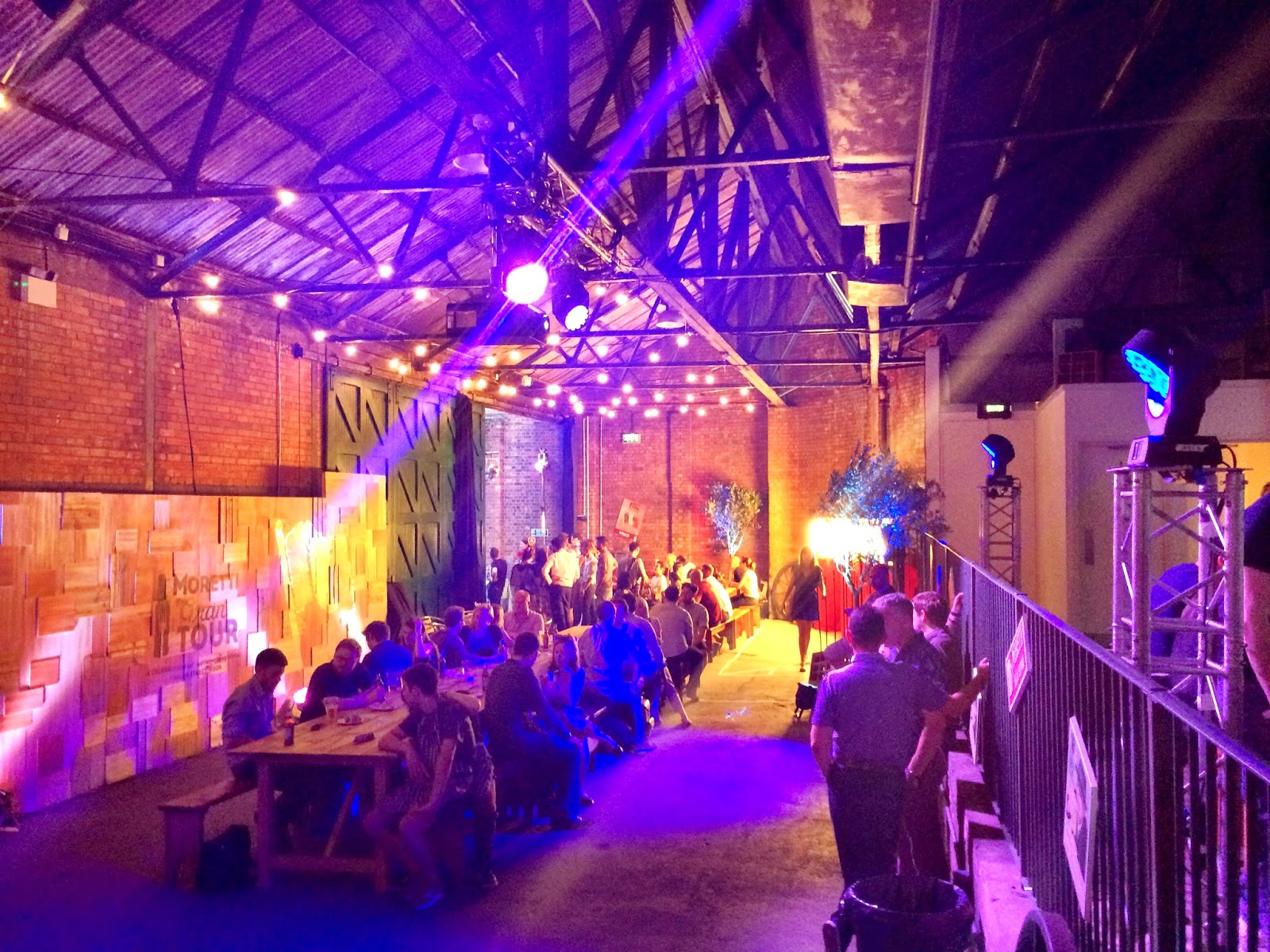 During the event, each street food vendor would don a microphone and provide cooking lessons to those who wanted to know more about how their food was made. I decided to have a go at cooking arancine – small Sicilian saffron risotto balls stuffed with ragu meat and peas. 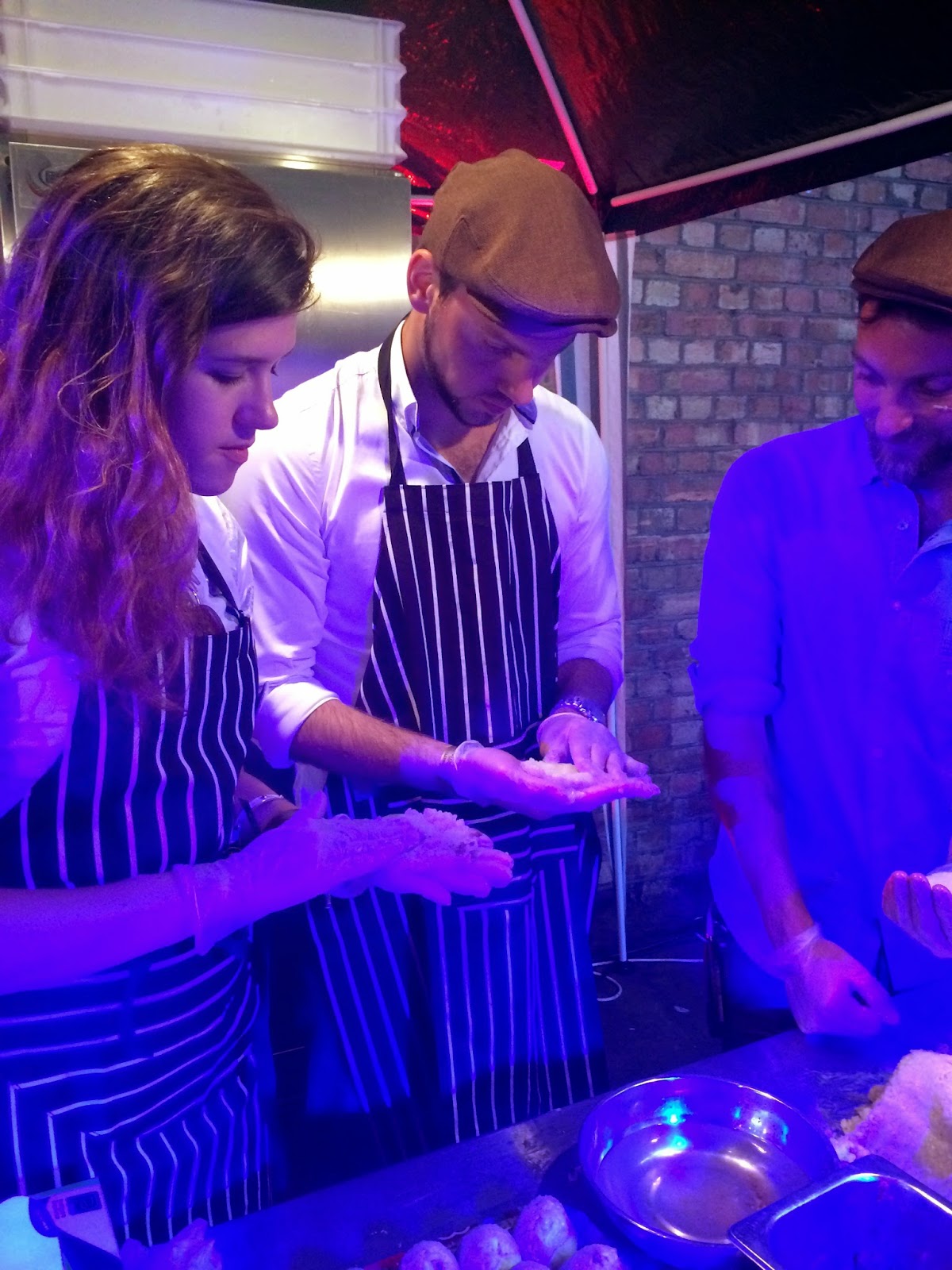 I wasn’t very good at making them, but they still tasted delicious! 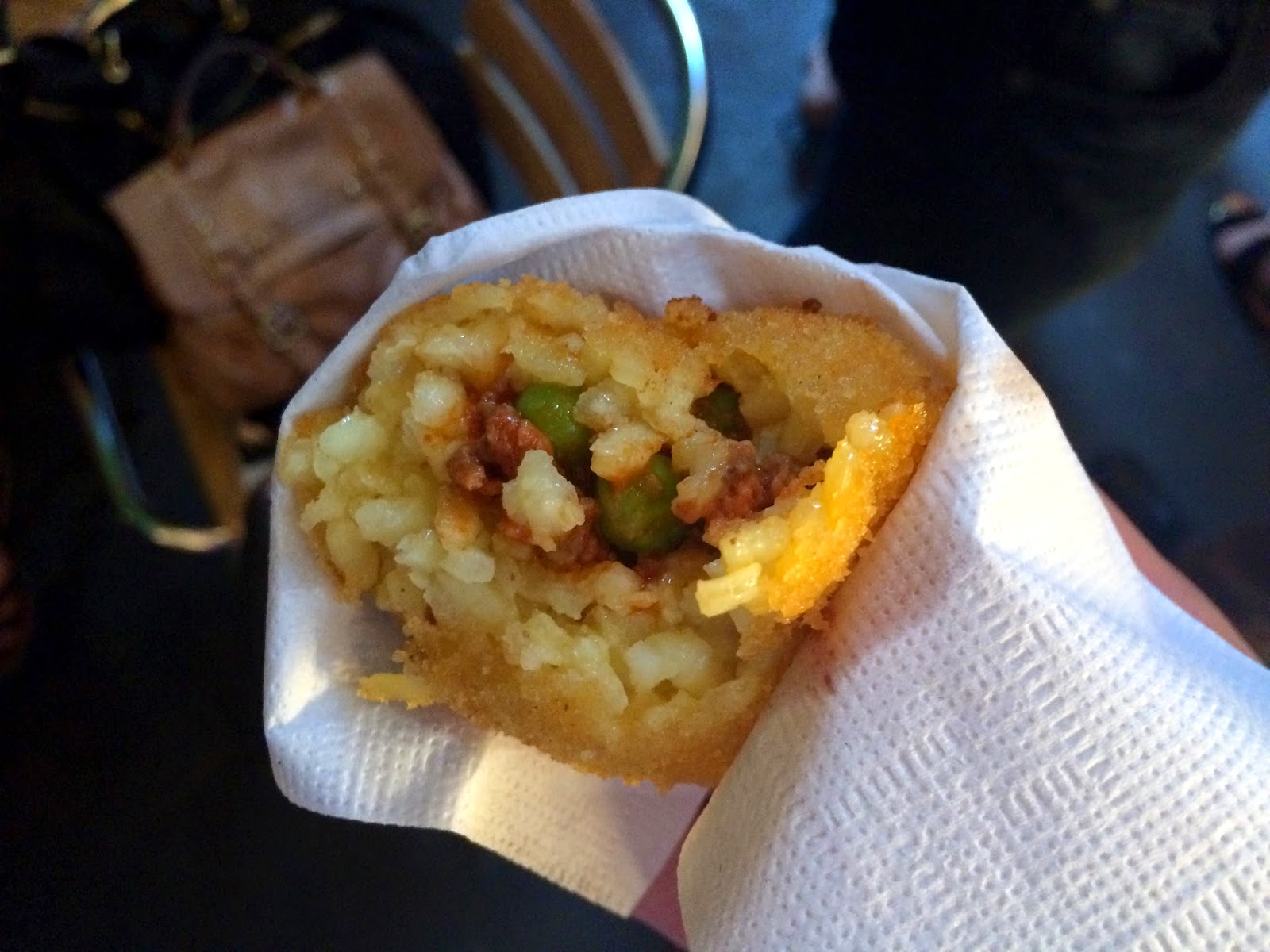 It was time for another beer refill, and then I headed over to Pizza Pilgrims.

They were just creating a new batch of fresh, colourful pizzas as I arrived. 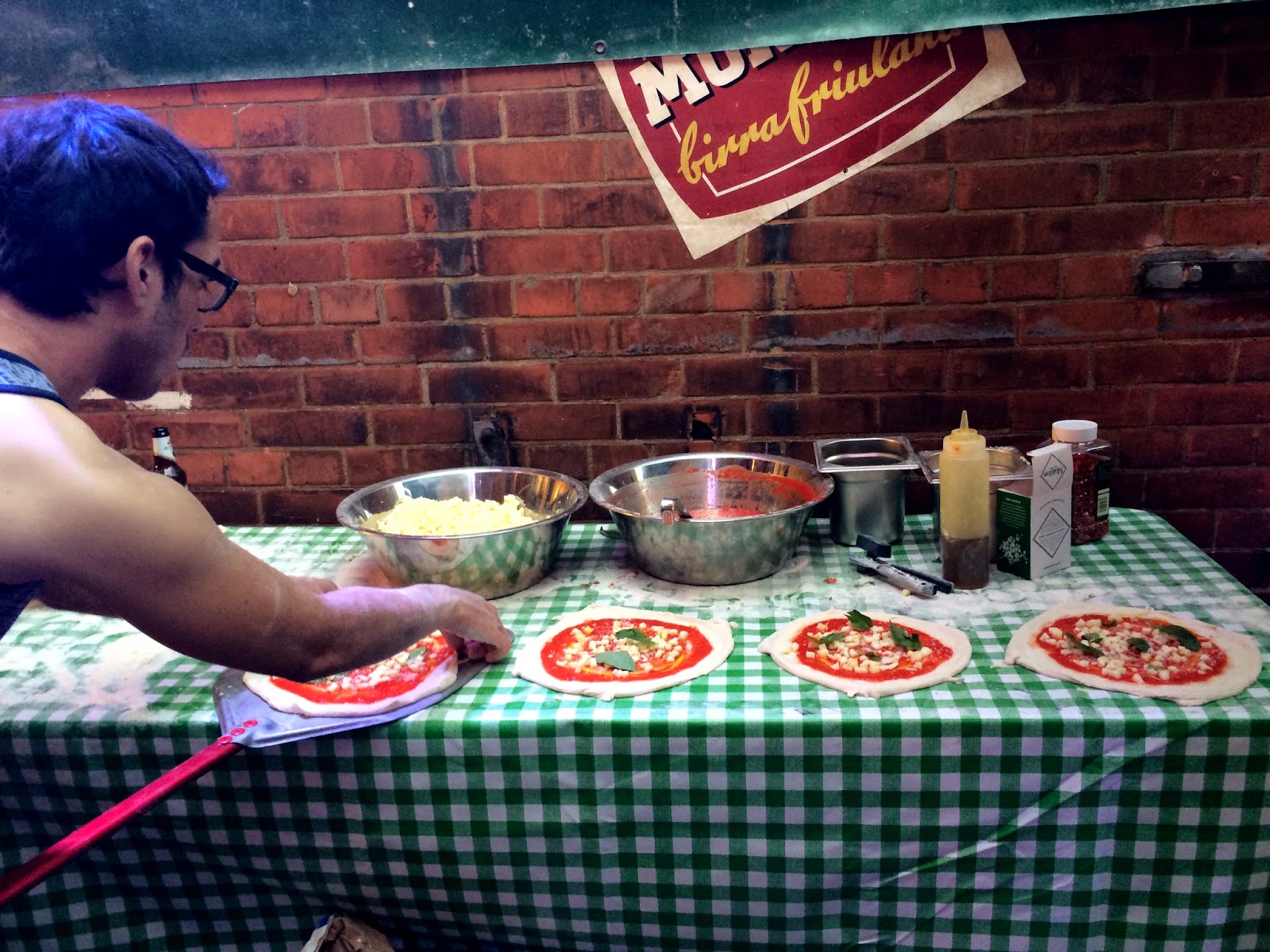 After a short wait, the pizzas were taken out of the stone oven in their little tuk-tuk van. They smelt AMAZING. 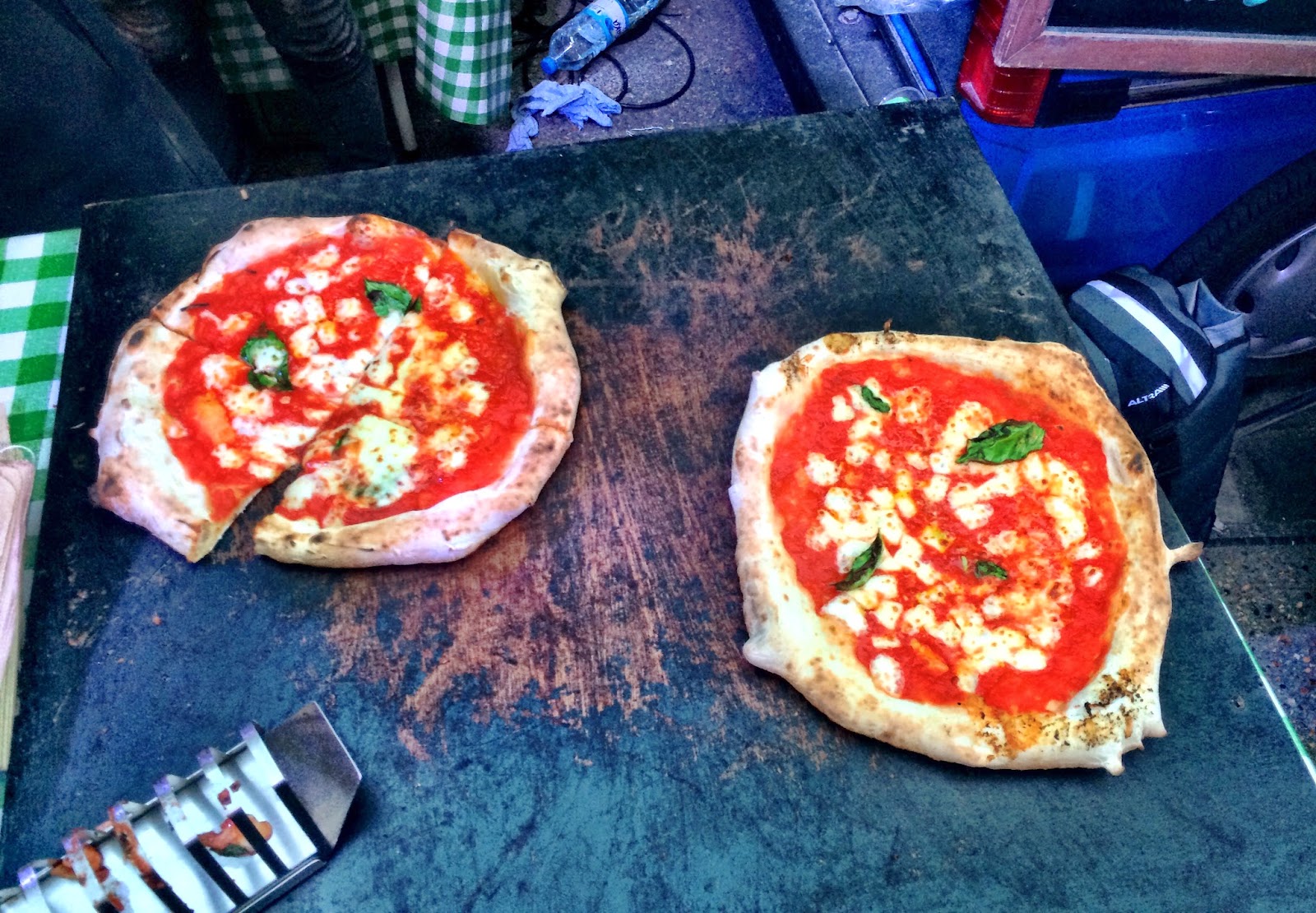 They tasted just as good as they smelt….so I went back for a second helping. Yum!

After another beer refill, it was time to hit the sweet stuff, so I hopped in the queue for some Gelupo gelato. 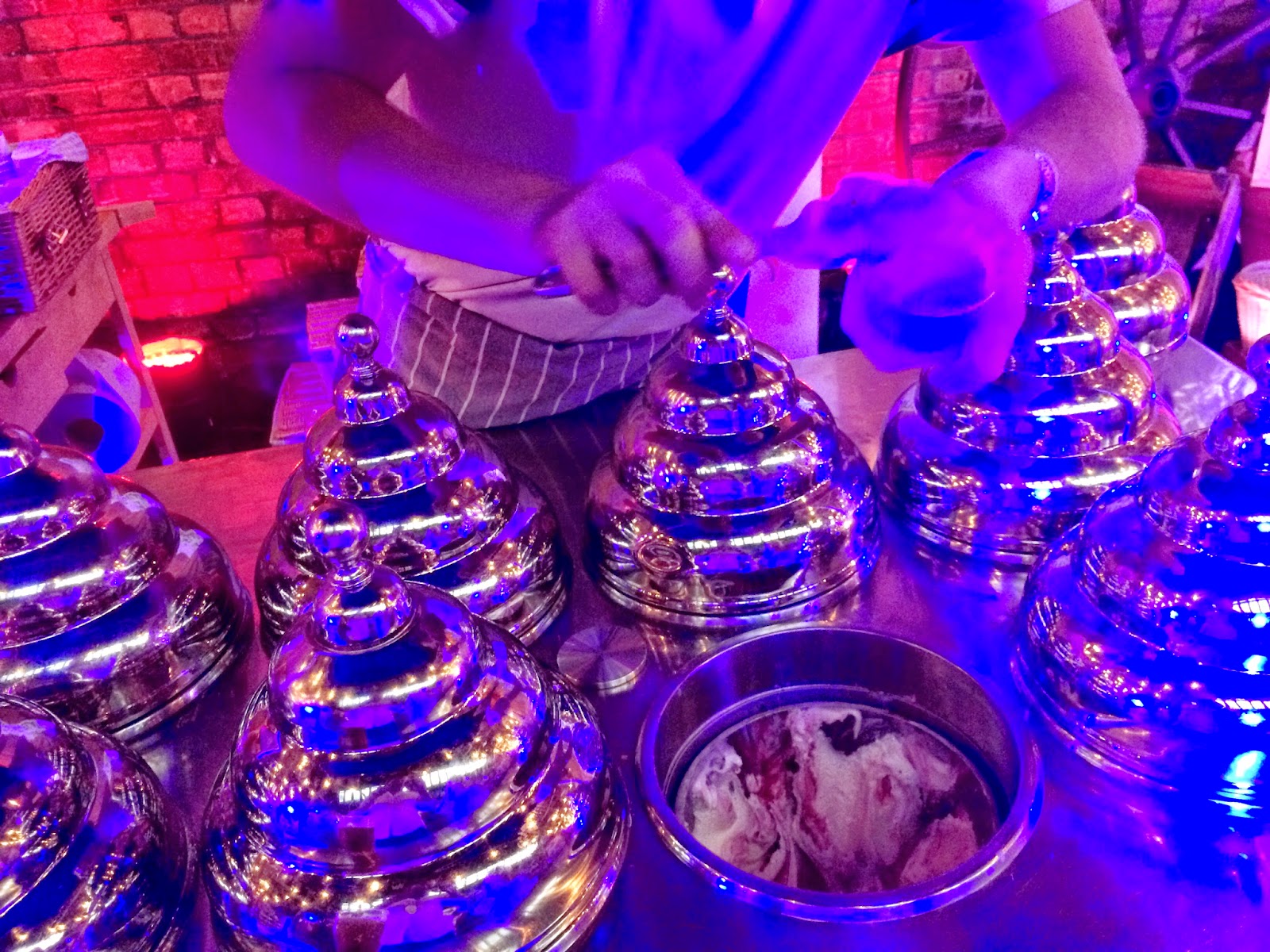 Eight different flavours ranging from pistachio through to Bonet (chocolate, coffee, rum & amaretti). Normally when you taste ice cream, it tastes like something similar to the flavour you asked for. Not Gelupo….

But the two flavours that blew my socks off? Sour cherry and ricotta, and blood orange. O.M.G.

After two rounds of ice cream, I was full to the brim. I managed to fit in one more bottle of Birra Moretti, and then I was done.

If you want to sample a slice of Italy, then be quick! The Moretti Gran Tour runs from today (Thursday 31st July) through to Sunday 2nd August. Tickets are £10 per person and you get a Birra Moretti, along with two plates of food, a traditional coffee and a Gelato.

7 Things To Do In Santiago

Blogstock 2014: The Recap
Scroll to top