There are many cities around the world that can gloat for being by the sea, but only Auckland can boast for having two harbours. Known as the ‘City of Sails‘, Auckland is a sailing mecca.

But it’s not just the lure of the ocean that attracts thousands of travellers every year. Oh no. It’s much, much more.

During my time on the North Island, I passed through Auckland three times, so got to know New Zealand’s largest city pretty well. Yes, there are plentiful boats, but there’s also a stunning harbour area, a sizeable craft beer scene and some restaurants that could give the best names in London a run for their money.

If like me you travel on a budget, then fear not, Auckland can happily cater for you with a variety of cuisine choices such as sushi or burgers. In fact the first time I was in Auckland I read an article that the local burger scene had become very competitive over the last few years, so I had to check it out for myself.

Most travellers who come to New Zealand will land into Auckland. From Auckland you can join a tour, rent a car or campervan, or fly to Wellington or another location on the South Island. I took the airport bus into town, and no more than 5 minutes into the journey did I notice a sign for ‘Villa Maria winery‘, my favourite Sauvignon Blanc to drink back home.

‘Head to the cellar door for a free tasting’, read the sign. I gladly obliged. It wasn’t a bad way to start my tour of Auckland.

As well as wineries, I was also impressed by the number of bars offering craft beer. On my first day in Auckland I went to Tyler Street Garage for lunch. This chic, trendy place has a rooftop bar, views of the ocean, local and international craft beers and some mini burger sliders. Wonderful.

If like me you like your craft beer, other bars to try are Andrew Andrew (complete with old Streetfigher 2 arcade machine!), Fort Street Union, and Brew on Quay.

Queen Street is Auckland’s spine of activity, with shops, bars and restaurants lining the main road. I’m not a big shopper when I travel, but you’ll be able to find anything you’re looking for on the mile stretch from Upper Queen Street down to the Britomart precinct near the Waitemata harbour.

In the centre of Queen Street you will find the Sky Tower, the iconic building that covers 95% of Auckland postcards. On my last trip through Auckland, I took the lift to the observation levels and was greeted with the best views of the city.

The 192m Skyjump provides entertainment for any adrenaline seekers (it also gives tourists in the tower a fun few minutes watching as they nibble on some crisps). There’s also a revolving restaurant below the observation decks for those looking to get dizzy over dinner.

Back to the water.

As well as sailing, Auckland is also a haven for those who enjoy fishing. During my second stay in Auckland I headed to north of the main harbour and watched the locals cast their lines (in between beers) and reel in some snapper and mackerel. You won’t be surprised to find that Auckland has a sizeable fish market, great for picking up fresh fish for lunch or dinner.

Walk along the North Wharf on your way back to the city and pick up a ice cream from one of the many cafes that line the waterfront. Waddling back to your accommodation is standard practice.

Like any great city, it’s also worth venturing outside the main city area to see some of the other areas and sights Auckland has to offer. Mount Eden has many chic bars and restaurants, as does Ponsonby, and if you have the time, take the 1 hour drive West to Piha.

To get to Piha, look for Auckland on a map and run your eye line directly left to the coast. It is a lovely drive along rainforest-lined road, and you approach the little town from the hills, leaving you with a stunning view of the beach and the coastline.

Piha also has some of the best surf in New Zealand, and arguably the best point break. So if you fancy an afternoon away from the city, Piha and neighbouring Karekare offer golden sands and a chilled atmosphere.

I wasn’t surprised to find that Auckland is continually ranked in the top five ‘Quality of Life‘ cities in the world, and it’s a big reason so many Europeans live there. With close to one in three Auckland residents owning a boat, it’s clear to see why the City of Sails pulls in so many tourists year on year.

As a final test on my last night in Auckland, a friend and I decided to sample the city’s nightlife. Like any big city, there are plenty of bars and clubs to suit everyone, but we wanted something different. We wanted Salsa.

Did Auckland come up with the goods? Of course it did. We mingled and danced with locals and foreigners alike, and at 3am, I drank my final Sol and toasted the City of Sails. 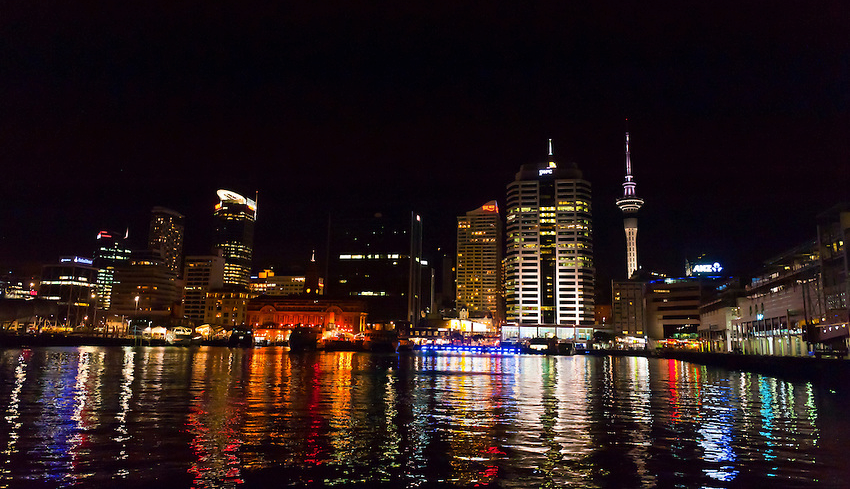 The Short Story About My Pair Of Brazilian Sungas

7 Things To Do In Santiago
Scroll to top