One of the benefits of living just outside London, is that I get to explore country pubs and restaurants, neatly hidden away from the throbbing tastebuds of city workers.

At the end of May, I finally got the chance to try The Artichoke in Old Amersham. Rumour has it, The Artichoke has been on the verge of a Michelin star for the past few years, so it made sense to pop along and see what all the fuss was about.

After little deliberation…and because it looked awesome…and because we were celebrating, we decided to go for the tasting menu. From my experience of Michelin starred restaurants in Edinburgh, there’s no better way to sample a broad range of the menu.

First up, a tasty amuse bouche of pea and pancetta mousse. 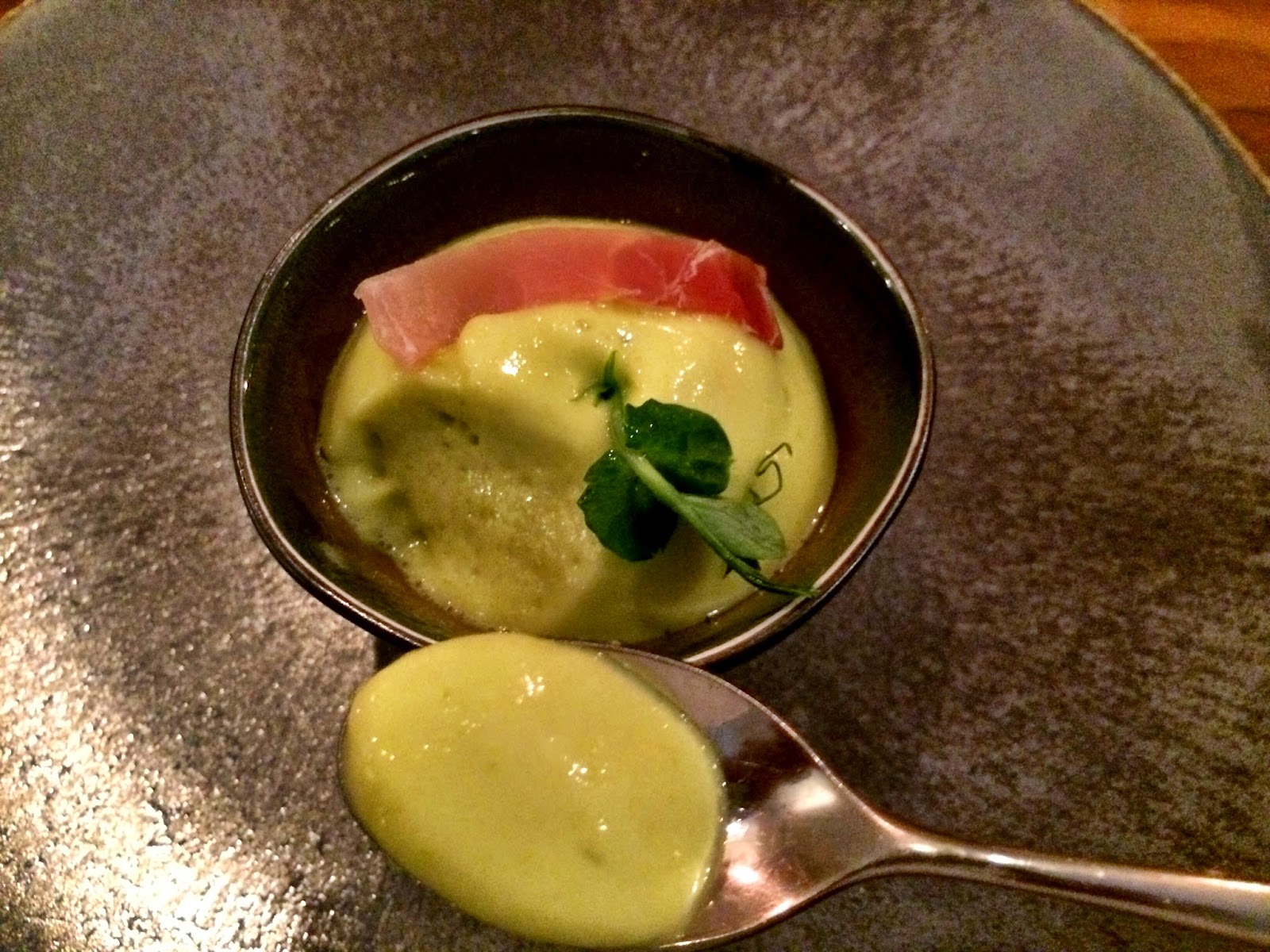 This was swiftly followed by the first starter – ballotine of poached sea trout, young beetroots, dill crème fraîche and a beetroot sorbet. 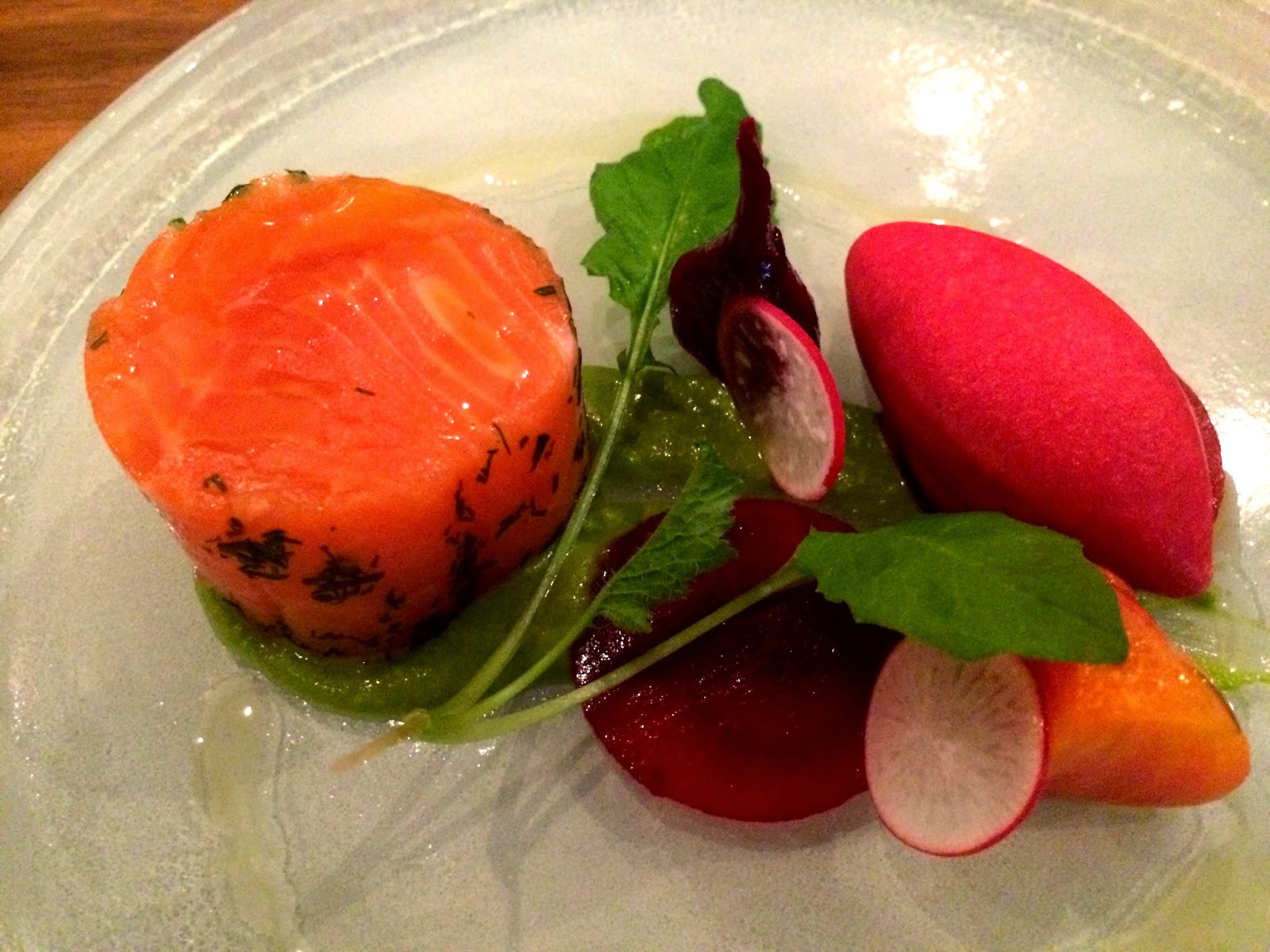 This was a really tasty dish, with the fresh beetroot and radish working wonderfully with the poached trout.

Next up – and one of my favourite starter options – pan fried Isle Of Skye scallops, home cured bacon, with a carrot and star anise puree. The scallops were melt in the mouth! 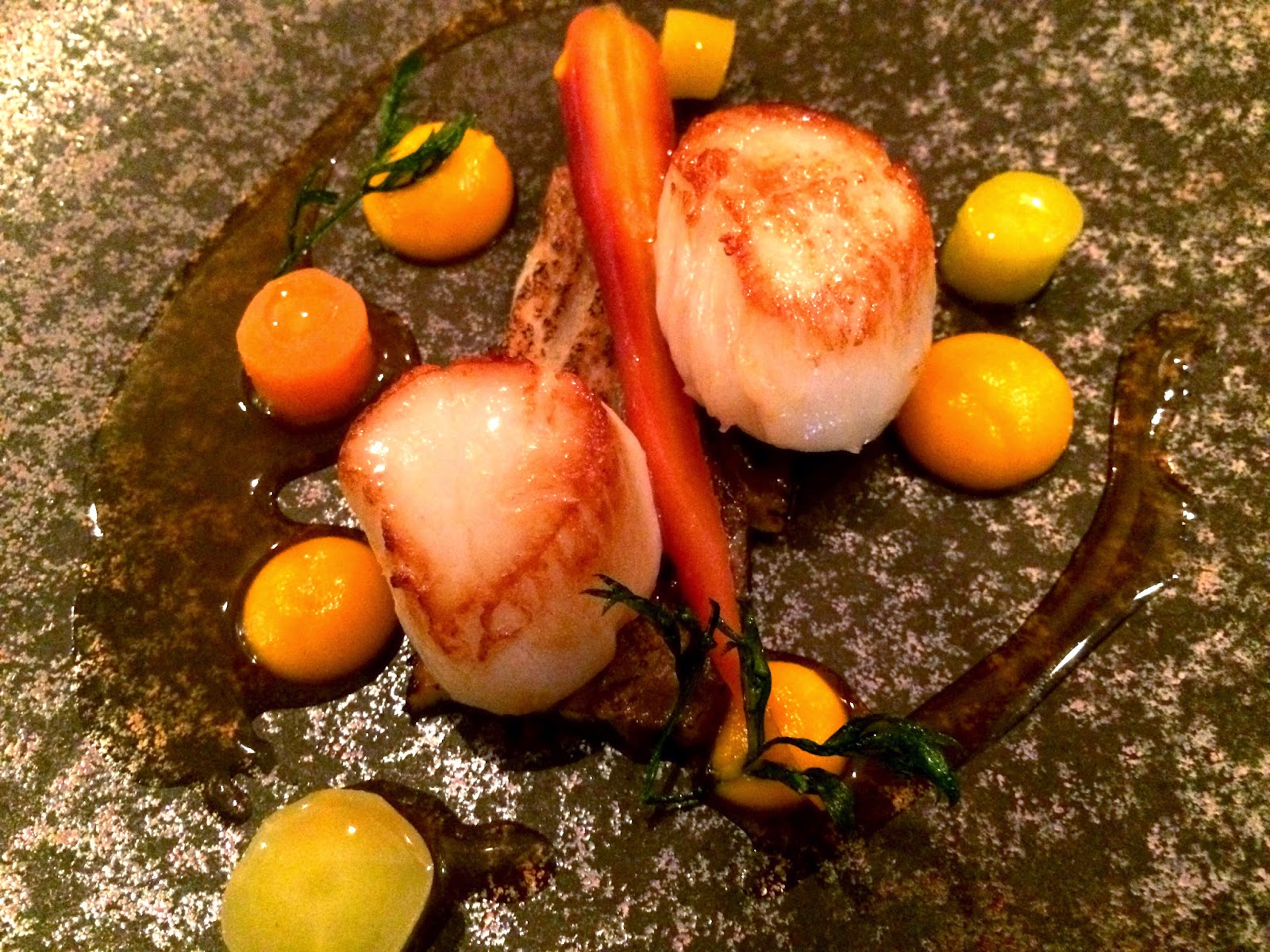 With that dish rapidly devoured, it wasn’t long before the next dish landed in front of us. English asparagus, toasted crumb, chervil emusion, morels and truffle jel. Delicious! (I’ll refrain from the mushroom jokes) 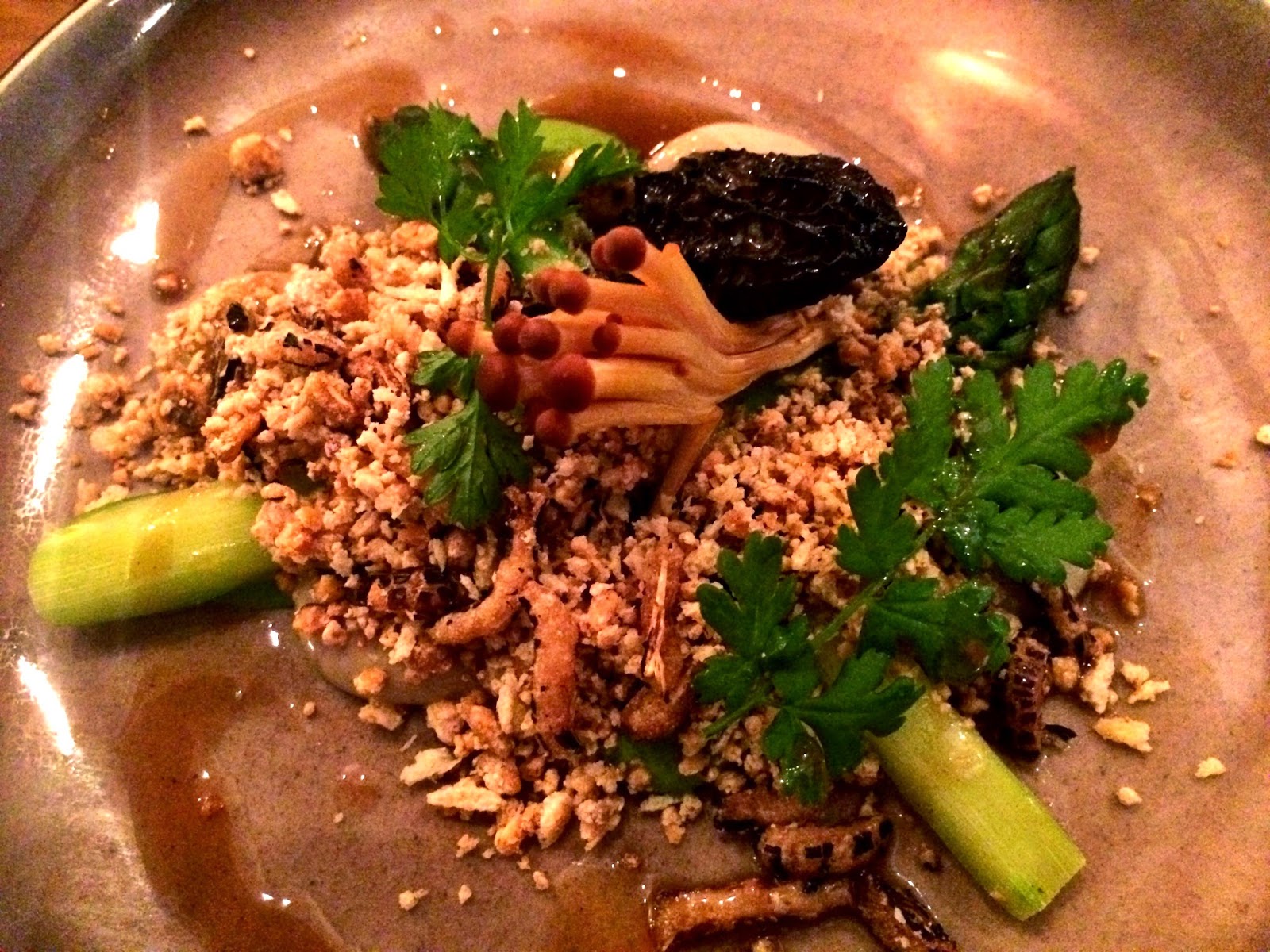 Following the theme of delicious fish from earlier, next up was pan-fried fillet of Cornish sea bass, braised fennel, tomatoes and an aubergine puree. 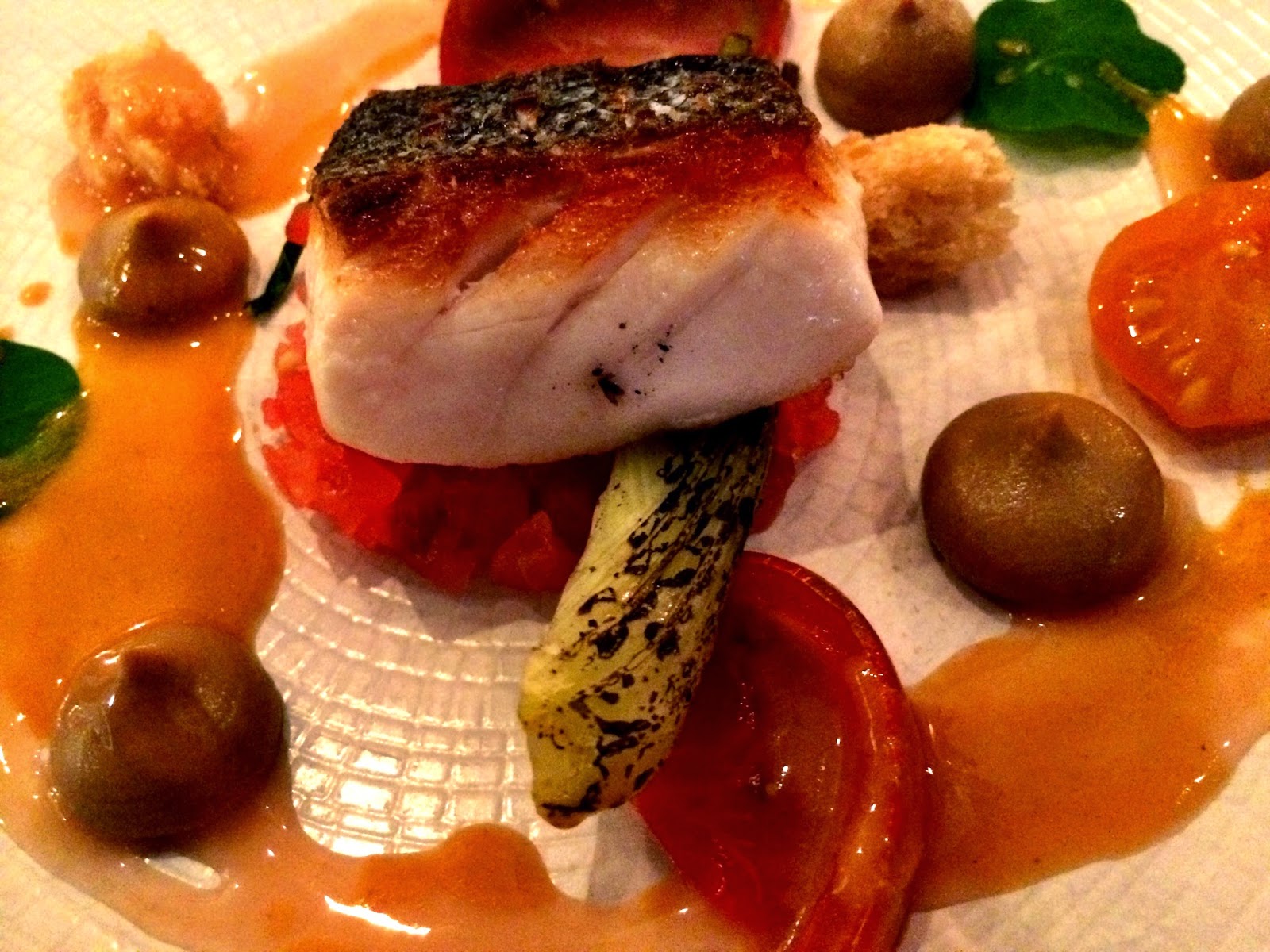 The sea bass was perfectly cooked, and blended well with the tomatoes and fennel.

Unfortunately at this stage I started to notice how reliant the dishes were becoming on the additional dollops of sauce around the plate. I’m fully behind adding flavours, but as you can see from the picture above, the dish – as delicious as it was – was over reliant on the sauce dollops around the plate. Let the fish and fennel do the talking!

We pressed onto the main course. I chose the duck breast and the lady had the hogget (lamb). 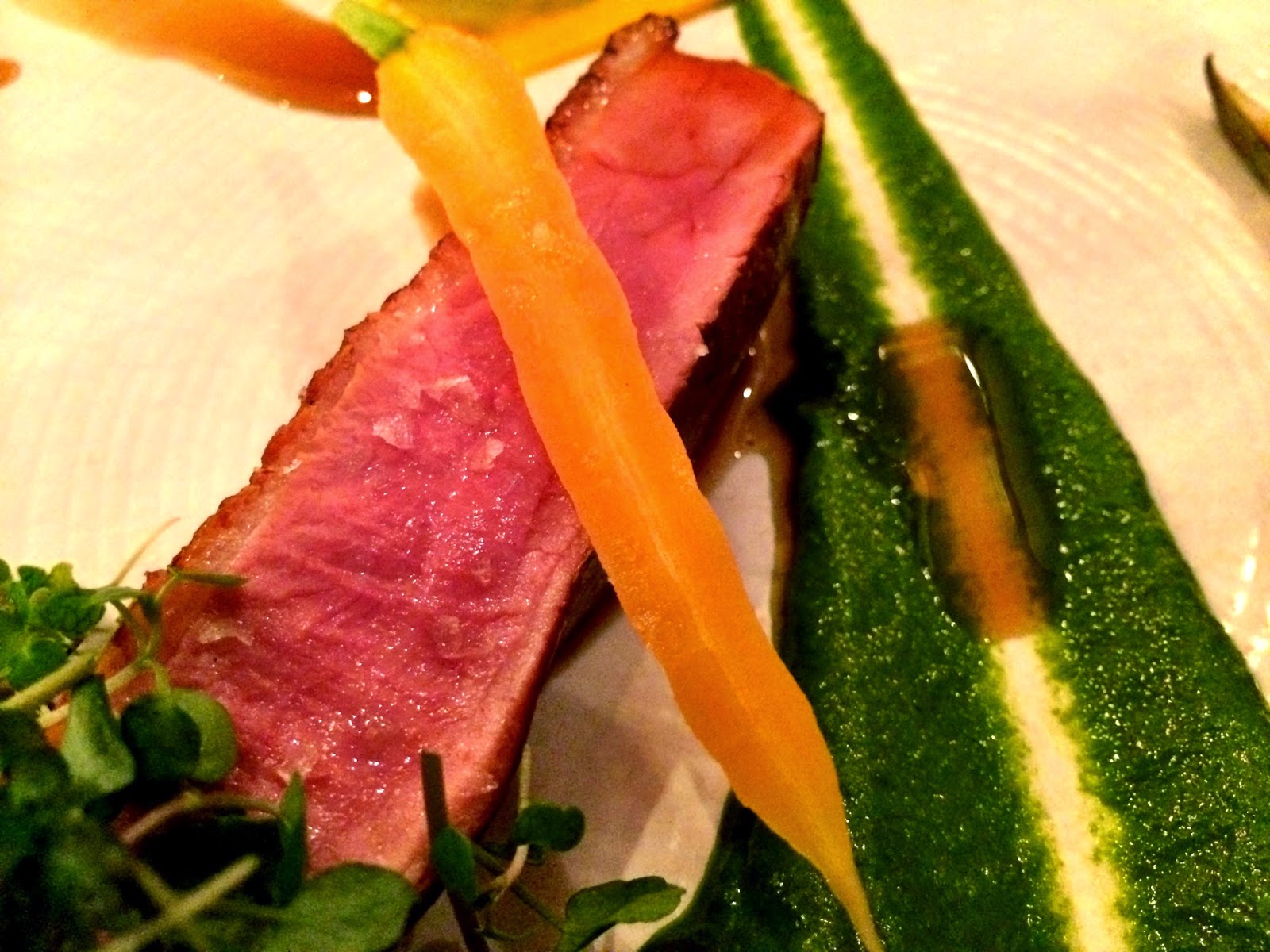 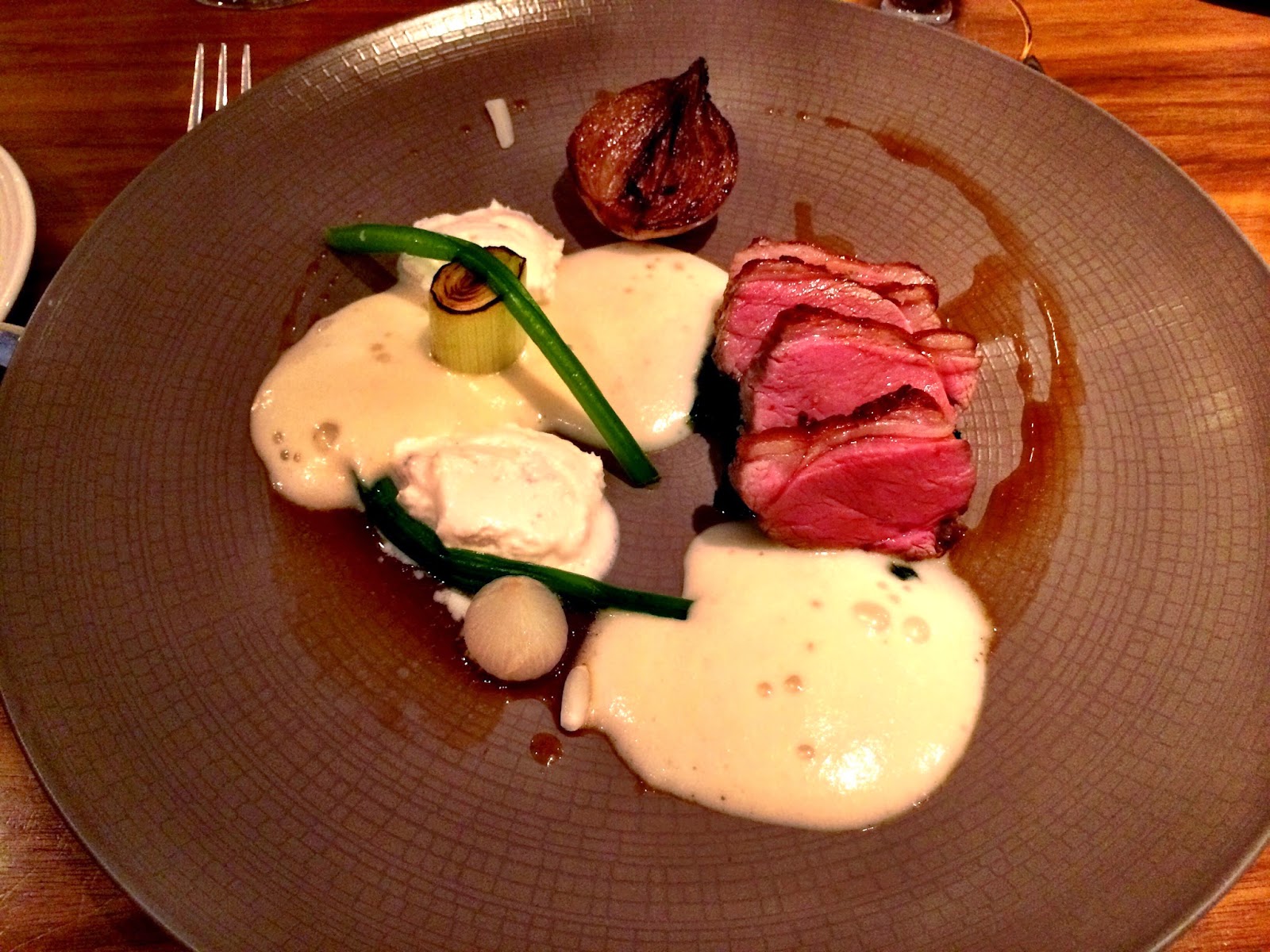 Both courses were beautifully cooked, with the watercress sauce working wonderfully with the duck in my mouth! The hogget was also cooked to perfection, but again there was too much sauce addition. Let the lamb do most of the talking!

The belly was beginning to fill, but the eyes were transfixed on the menu and what was coming next. A goats cheese mousse with sorrel sorbet was the lovely, lighter, palette cleaner. 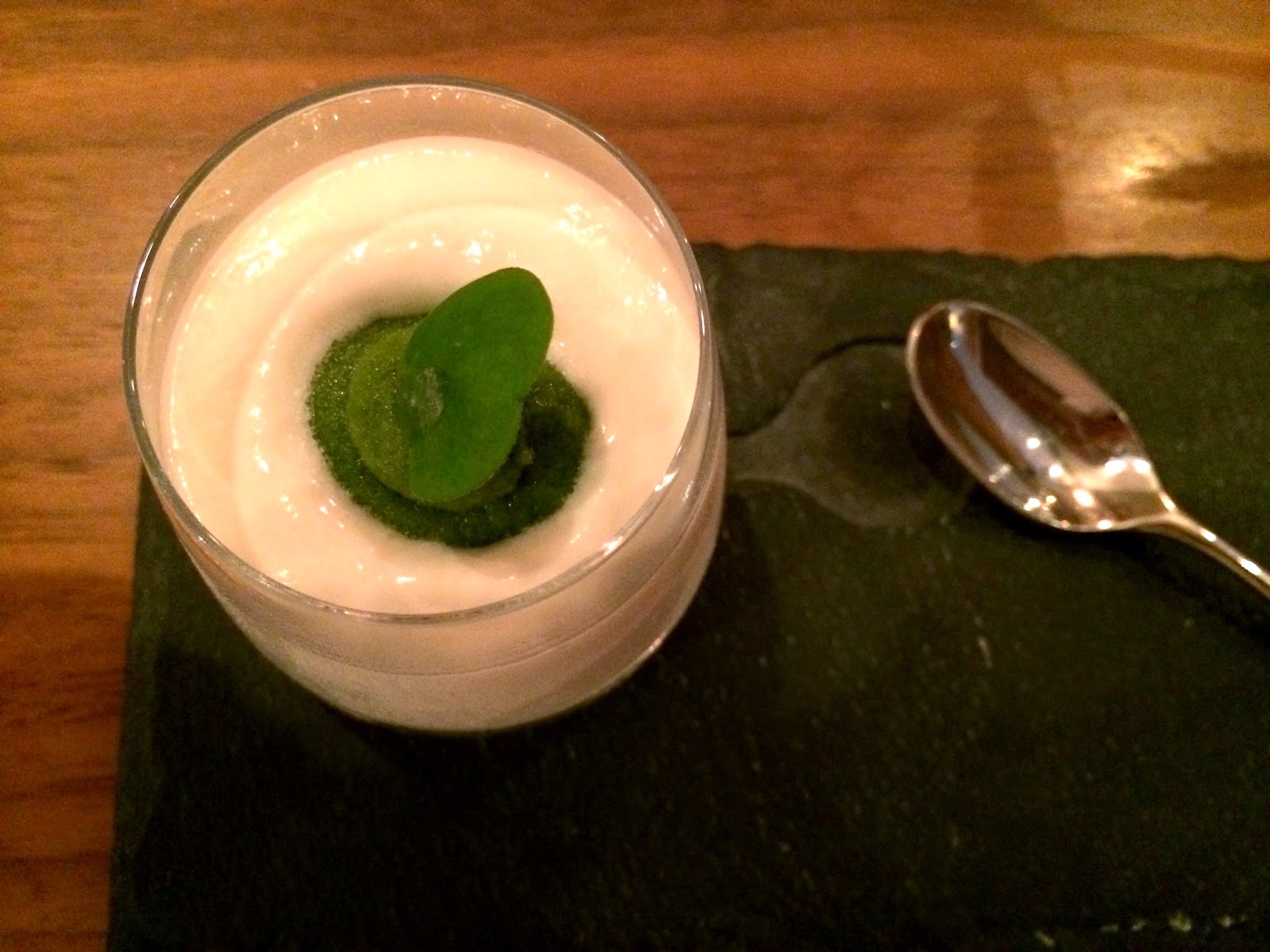 Last but not least – and to soothe my savoury taste buds – a cheese board, with a variety of English and French farmhouse cheeses. 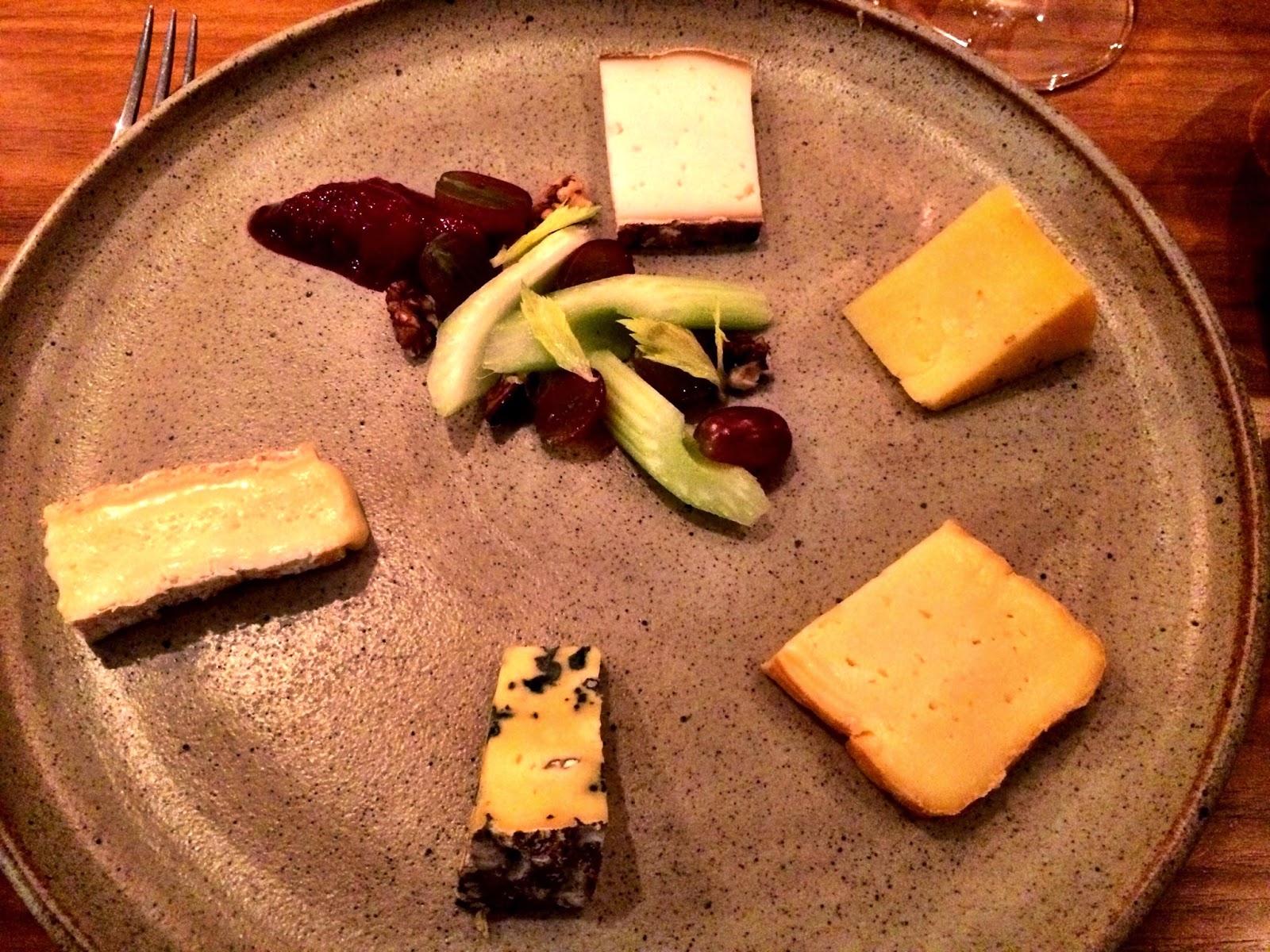 Usually I like a lot more cheese on my cheese board, but after the previous eight courses, this was just the right amount.

The service was also second to none, and as we were the earliest couple in the restaurant for dinner, we got an exclusive look into the kitchen, and the communication between the servers and the chefs. All get top marks!

If you fancy a change from the London scene and want to explore a restaurant further out, give The Artichoke a try – www.artichokerestaurant.co.uk. Just book in advance, and save a few more pennies than usual 🙂

Why Franschhoek Is One Of My Favourite Places On Earth

Yesterday At Wimbledon
Scroll to top