Of all the things I was looking forward to in New Zealand – Queenstown, skydiving, hiking the Fox Glacier, surfing, the rainforests – one thing that sewed them all together was my freedom to roam. In my own campervan.

For various reasons, I ended up hiring three different campervans during my time in New Zealand (which I shall explain shortly) so I thought I’d share my routes, highlights and tips for those planning on visiting one of the most beautiful, scenic countries in the world.

Before I left the UK, many people said I need a month or more to get round both the North and South Island. To some extent that is true, but it depends on what you want to do and see in each place. It also depends on your campervan route.

During my research I came across a South Island route curated by Lonely Planet. It came in pretty useful, but there was too much back-tracking. I was also starting in a different location, so I adapted the route based on my own preferences, and some amazing advice from friends who had been to New Zealand previously.

So what route did I take? This one.

Let me walk you through it.

I started from Christchurch after collecting my Lucky Rentals crib from their base near Christchurch Airport. I stopped on the outskirts of the city at a supermarket to collect some supplies, and headed North. I stopped at Kaikoura to see seals and whales, and continued my journey up to Blenheim, in the Marlborough region.

En route, I quickly learned that there is a fantastic view around every corner, so I was constantly stopping to take photos.

From Blenheim (amazing wine tasting here by the way. Separate post here) I headed over Pelorus Bridge, and up to Havelock, a town famed for its delicious green shell mussels. I helped myself to an early lunch platter of different mussel toppings, and headed to Nelson.

After a quick walk on the beach, I continued on my way to Westport. From Blenheim, I drove all the way along State Highway 6. It is probably the most scenic, stunning drive I’ve ever done. Gorges, mountains, rainforest, coastline, beaches, seals, blue sky, winding mountain bends, tunnels…it had everything. 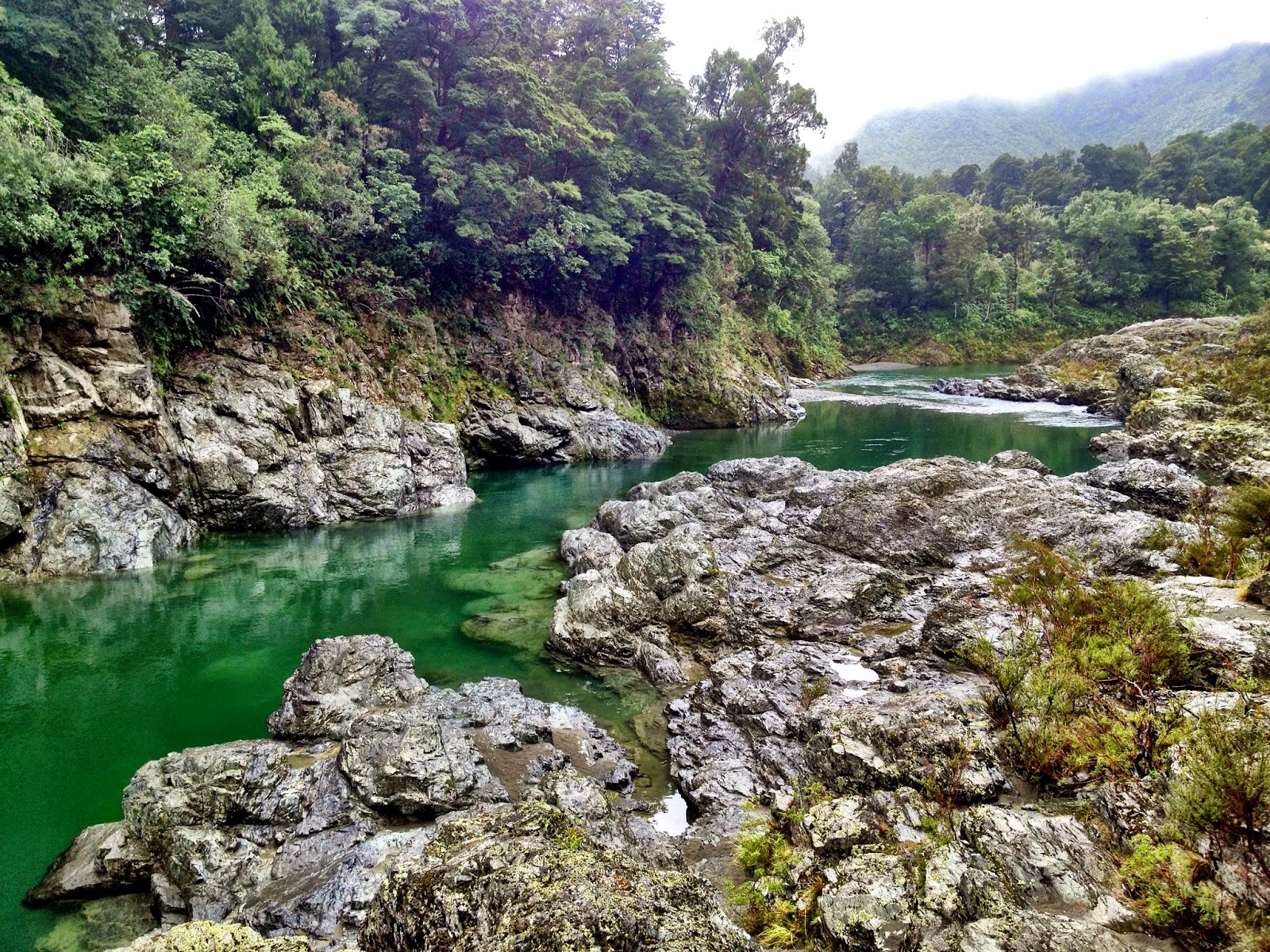 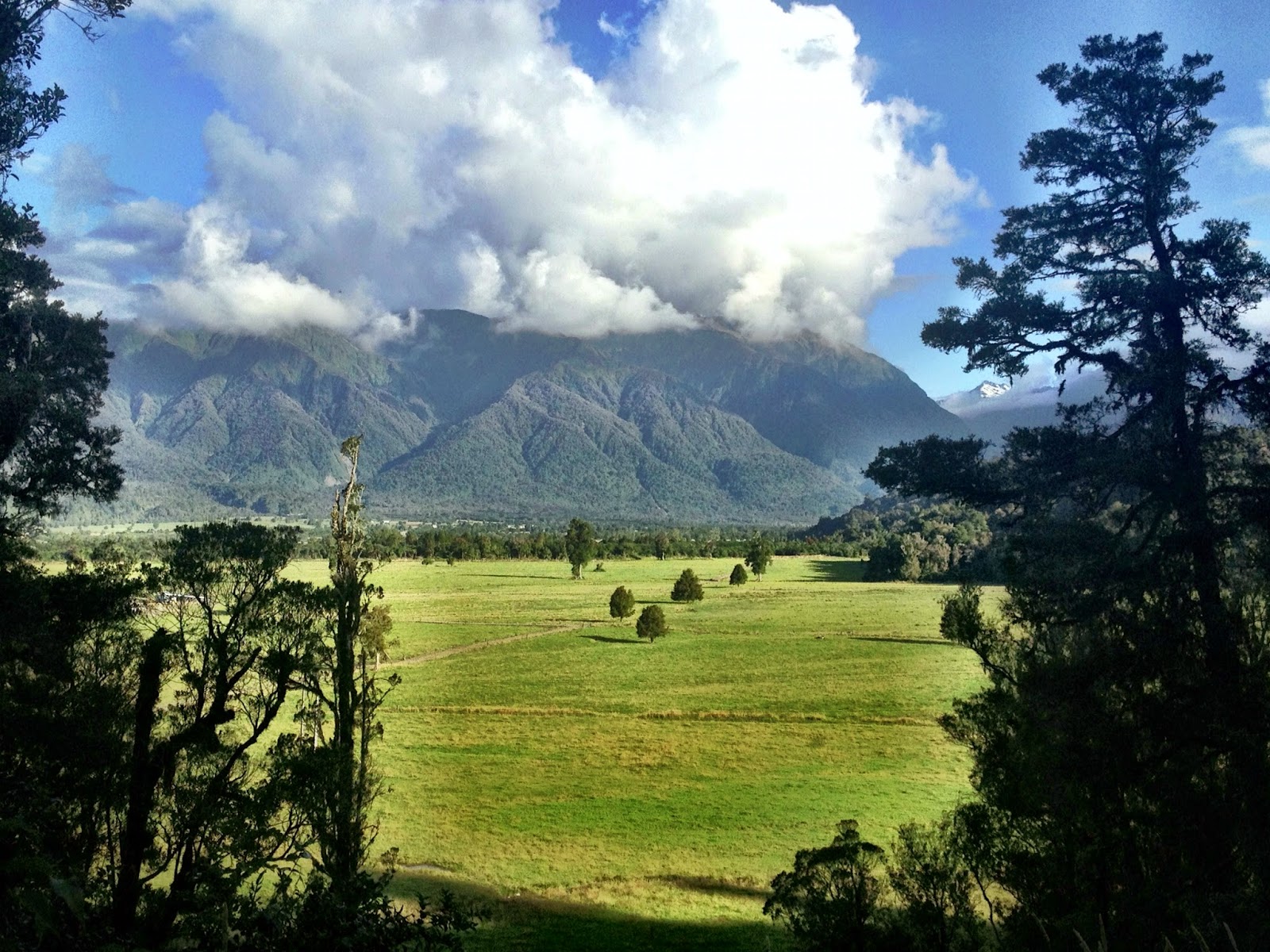 Westport is a small surfing haven, so it was nice to wake up, open the back of the crib and watch the surfers early in the morning.

From Westport I continued along State Highway 6, stopping briefly in Greymouth, then continuing South past the Punakaiki pancake rocks and blowholes, I eventually ended up at a tiny, almost-off-the-map coastal hamlet called Okarito. It was here I stayed the night with many other campers, and saw one of the best sunsets of my trip. 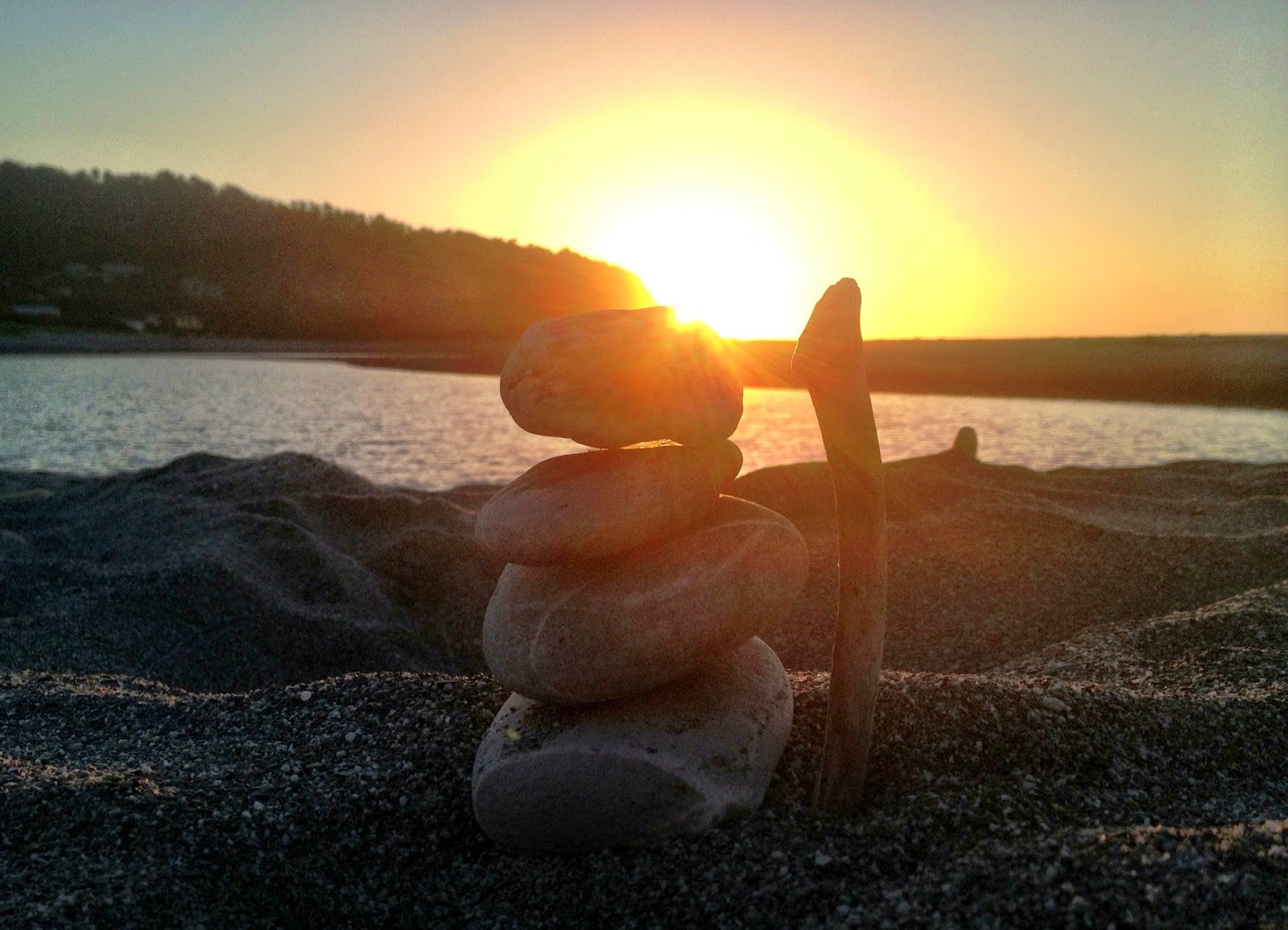 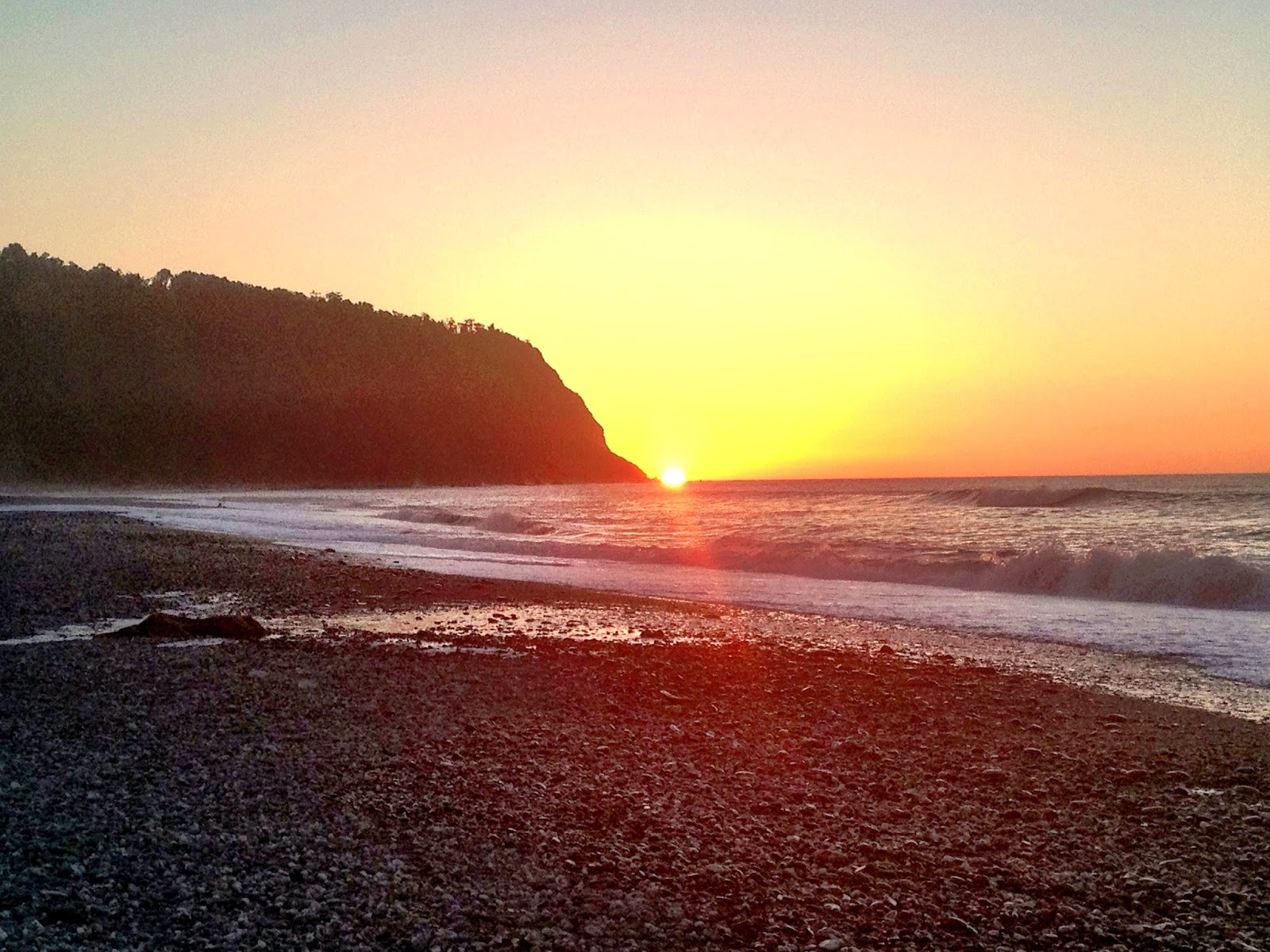 The next morning was Fox Glacier time, and after finishing around 5pm, I drove the 2.5 hour journey back up to Greymouth. Again I stayed at a free, beachside parking spot to watch the sunset and the surfers.

The next morning I headed to State Highway 73, before venturing up and over Arthur’s Pass. This is a beautiful part of the country, with some stunning mountain scenery. There’s also an amazing caving experience at a place called Castle Hill, about 1 hour past Arthur’s Pass, which is well worth a stop. 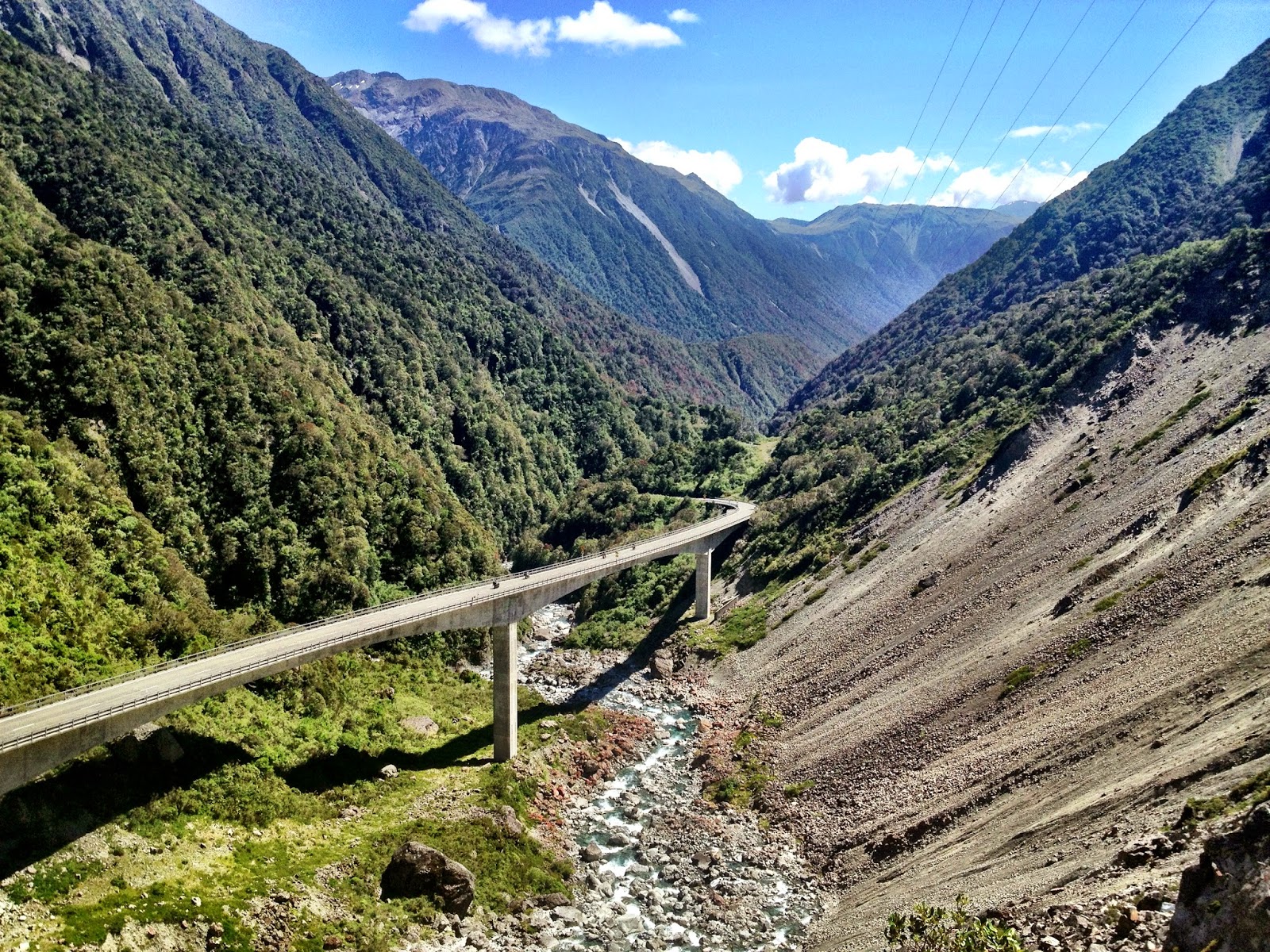 Eventually I ended up back in Christchurch and dropped off the crib.

About a week earlier, I discovered, through some Twitter luck, a site called Jayride, and the marvel of campervan relocations. Essentially, most campervan companies need to move their fleet around, and return the vehicles back to their main depot after one-way rentals. In order to do that, they offer travellers like me the chance to drive the campervan back to base….for almost nothing. Some one way relocations are free, but the one I found was $5 per day. YES, $5 PER DAY!

I was sold. I hopped in my Maui van, and had 3 days to travel to Queenstown. This time I headed South, first stopping at the cute, quaint, bustling town of Acaroa. One BBQ’d fresh salmon panini later, and I was heading South down State Highway 1, stopping at a few deserted shingle beaches, before staying the night in Warrington (very different to that Warrington).

After a brief stop at Shag Point (no puns intended, and no I didn’t), me and the Maui van stopped at Dunedin for a few hours, had a spot of lunch, and then we continued a long State Highway 1, before turning off onto State Highway 8, and the first signs for Queenstown.

Eventually I reached Alexandra, and stopped for dinner and the night on a busy bend next to Moaring Meg, on the Kawarau River.

The next morning was a quick 2 hour final drive into Queenstown, the adrenaline capital of the world.

With the South Island covered, I flew to Auckland. After travelling down the spine of the North Island (Auckland, Matamata, Rotorua, Taupo, Taihape and Bulls) on a trip with Topdeck Travel, I ended up in Wellington. Here I rented a car with a friend, and we headed North, up the West coast, stopping whenever I saw some good surf. Which was very often.

Back in Auckland I rented my third campervan, with Wicked. These vans are notorious for their paint jobs, and mine – called Summertime – was no exception.

Once we’d got to know each other, me and Summertime headed North, making the 3.5 hour journey to Paihia, gateway to the Bay of Islands. Make sure you stop at Uretiti Beach just North of Waipu too.

The next morning we set off North again, and headed straight for Cape Reinga, the farthest Northerly point of New Zealand. It’s another 3 hour drive, so make sure you set off early in the morning to make the most of the day.

After the sights of Cape Reinga, we came back down past Shipwreck Bay, drove along 90 Mile Beach (fun, but watch the tide!) and again stayed in Paihia. We then drove back past Auckland, to the Bay Of Plenty, where I had lots of time to explore Mount Maunganui. It has great surf, restaurants and ice creams – as proof, check this bad boy out! 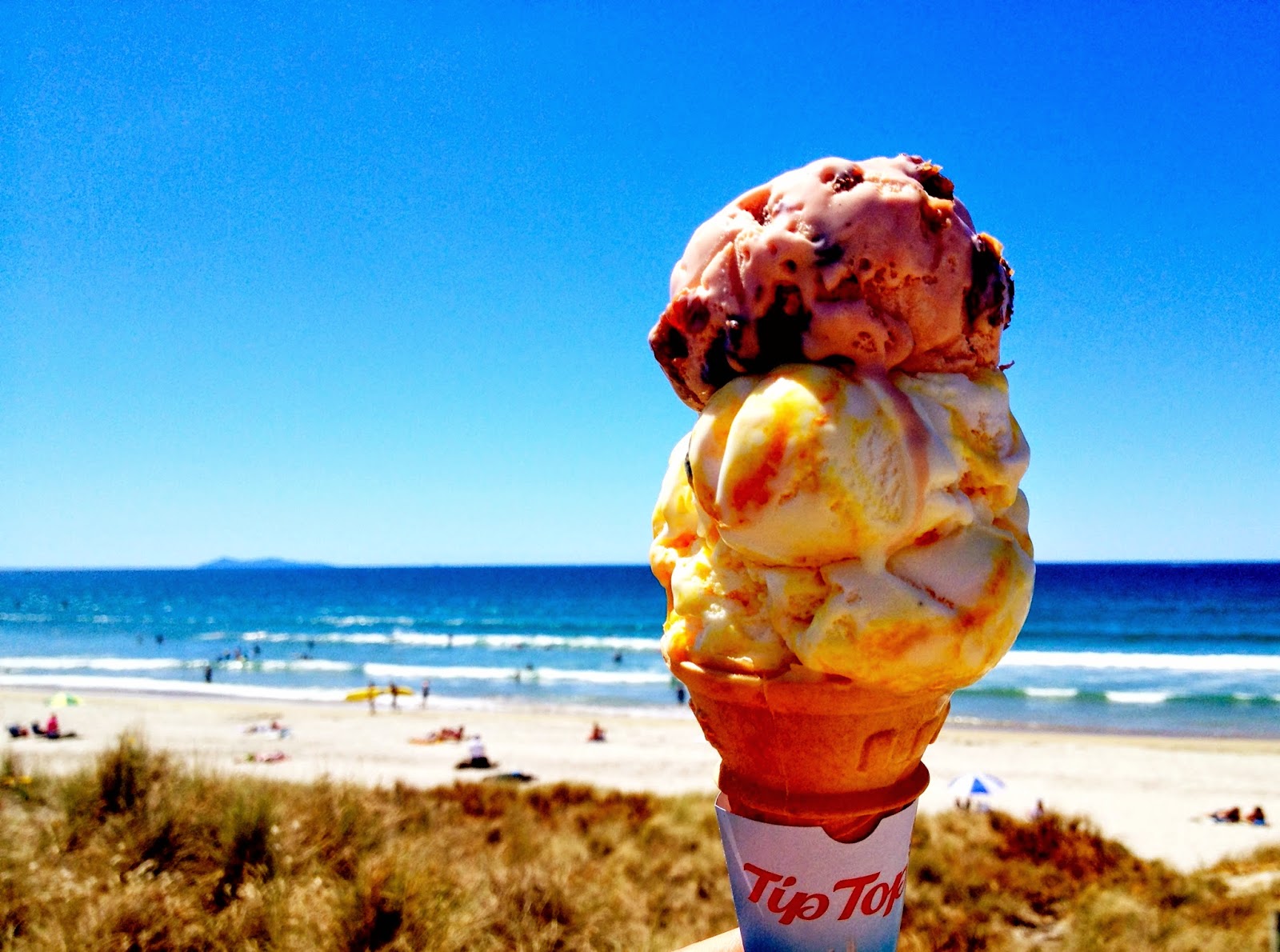 Continuing down the East coast, we made a stop in Gisborne. As this is the furthest Easterly town in the world, those staying here are the first in the world to see the sunrise. That, my dear readers, was a very special feeling.

Back up to Taupo, and finally back to up Auckland for some fine dining and salsa dancing, before flying onto China two days later.

Voila – my campervan journey was complete!

Everyone has their own plans, and their own route for New Zealand. The country is incredibly open and flexible, so with a bit of planning and budgeting in advance, you can definitely make the most of the sights, and everything else New Zealand has to offer.

Hiking Over The O2 Arena In London
Scroll to top