Blog - Latest News
You are here: Home / Looking for flights? Use Kayak
I travel. A lot. I’ve taken 32 flights so far this year (thanks Outlook Calendar) and probably visited the easyJet and BA websites more times than I care to remember.

On the plus side, it also gives me license to promote a site that makes my life easier. Kayak.co.uk is a travel search engine with a difference. It’s simple, clutter free and designed on cool technology rather than just a profitable business plan. Kayak searches across all the major airline websites to find the best possible fares.

Kayak.co.uk is accurate. Flying from Edinburgh I know which carriers fly to which destinations and at which times (sad, I know). Kayak hasn’t been wrong on price once. That’s a good track record.

I also like their Fare Buzz which shows the lowest fares to a particular destination. Equally as useful is their Best Fare Trend tracker which shows the highs and lows of a chosen flight route for the previous 90 days. 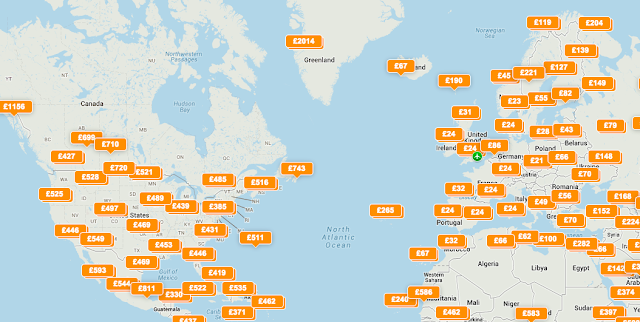 Last but not least, if you have a iGoogle page or another RSS reader you can keep track of your favourite or planned trips with their customised RSS feeds. If you’re planning on a trip from London to New York in June, I’d suggest you subscribe to and keep and eye on this RSS feed!