Today is my fifth day in Malawi. I am currently sat on the veranda of room number three at the Mvuu Safari Lodge, watching the sun rise over hippos swimming around the river tributary below my feet.

This is just one of many unique experiences I’ve encountered over the last few days, so before any more are notched up, I decided to give you a little introduction to Malawi and tell you a bit more about my trip.

In October 2014, I was invited by South African Airways to go on a trip to explore Zimbabwe, of which you can read all the posts here, and check out my YouTube videos here. Two years on, they invited me back to Africa for the chance to uncover Malawi, so I jumped at the chance.

All of the African countries I’ve visited all have their own unique cultures, food, drinks, music and way of life. Malawi pitches itself as the ‘warm heart of Africa’ and from what I’ve seen and experienced so far, that tagline is pretty accurate.

The population is around 16.5 million people. For a relatively small, slim country that is dominated by a huge fresh water lake, the country is over-populated. That means even when you head out deep into the bush of a National Park or wildlife reserve, there are still people and villages everywhere. The best part about that? They are all welcoming, all friendly, and aren’t shy at giving you a bo-bo (meaning ‘hi’ in Chichewa) and a big grin.

My Malawi journey began South of Blantyre, in the Thyolo region, where I stayed for one night on the Satemwa estate at Huntingdon House, a period boutique property set in 900 acres of tea and coffee plantation.

Moving North, I then stayed for one night in the main commercial city of Blantyre (including experiencing not one, but two nightclubs, which I’ll tell you more about in a future post), up to Liwonde National Park, where I’m currently situated, and then I’m heading up to Lake Malawi, staying at two places around the Southern shores of the lake, with one night on the stunning Mumbo Island.

Malawi is a land-locked long, slim African country that borders Mozambique, Zambia and Tanzania in Southern Africa. The country is dominated by Lake Malawi, which is around 365 miles long – the equivalent of the length of England. 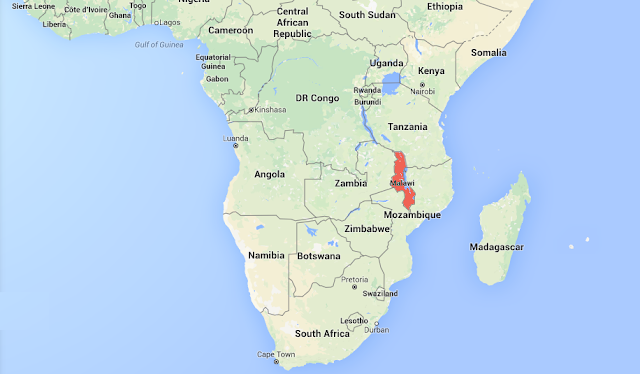 HOW DO YOU GET THERE?

WHAT IS THE CURRENCY OF MALAWI?

WHAT CAN YOU DO IN MALAWI?

The country is split into three sections: the North, the Central region, and the South. The North is a little isolated, as the main travel hubs are towards the South, but it has a National Park, a wildlife reserve and a forest reserve to explore. Many have likened the North to Scotland, with it’s cooler air, rugged mountains and landscapes.

The central region is dominated by Lake Malawi, on which you can explore different islands, the capital Llongwe and the villages that are dotted along the shoreline.

The Southern region is the most populated and diverse, with the city of Blantyre as the main hub. There is also the former capital Zomba, which has a fantastic market as well as the Zomba Plateau, a mountain that stretches up to 2000m above sea level and is great for all-encompassing views and great hiking.

There are also several National Parks and wildlife reserves in the South, which are perfect for safari. Majete Wildlife Reserve is located in the South West corner of Malawi, and you can do self-drives here. I’m currently in the popular Liwonde National Park, which has the Shire River running through the middle, providing prime wildlife viewing of hippos, elephants, crocodiles and more.

WHAT DO LOCALS EAT?

The main diet is a maise-based white food called nsima. Nsima is the first food item on the plate, followed by potatoes, rice, vegetables, beef, lamb, goat, chicken and then spices and then the local hot nali sauce. So far the food has been excellent – I’ve tried all of the above and even nsima is lovely with a spicy sauce!

IS THERE A LOCAL BEER?

Of course! There are several local beers depending on the province you are in. Carlsberg also have a big presence in Malawi, and brew several local brand beers, such as Kuche Kuche in the Blantyre region, and Chill across most of the country. 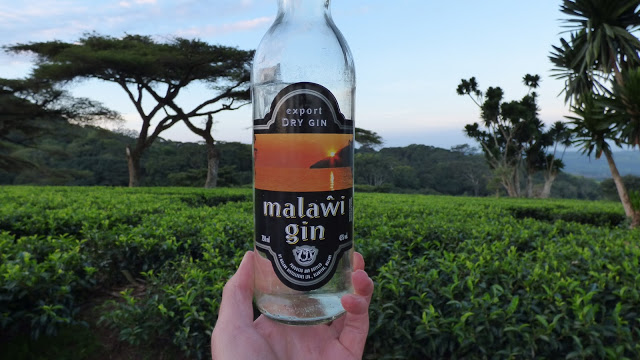 WHAT CAN YOU EXPECT TO FIND IN A TYPICAL VILLAGE?

There are boreholes dotted all over the country, in close proximity to villages and towns, meaning there is plenty of fresh water for everyone. Sustainable farming is prominent in most villages, and expect to find fruit stalls, smoked fish stalls, bamboo and charcoal for sale, as well as a barbers, phone charging place, and straw hats and mats for sale.

There are also a lot of cyclists in Malawi. This is mainly for cheap transport between villages, and for carrying wood, charcoal and other goods. As such, you’ll also find one or two bicycle repair huts in even the smallest of villages.

WHAT CAN YOU DO ON THE LAKE?

I’ve yet to explore the lake, but it sounds like you can scuba dive, snorkel, wakeboard, go wind surfing, enjoy a boat cruise sundowner, or just chill out and relax at one of the hotel properties next to the white sandy shore. ‘Aren’t there crocodiles in Lake Malawi though?!‘, I hear you cry. Apparently not – all the water sources to the lake are fast running and steep in many areas, meaning crocodiles can’t reach it, and the lake is nice and safe. A rarity in the middle of Africa!

If you have any questions about Malawi, feel free to post them in the comments below! I’m going to go back to watching the hippos and listening to the sunrise bird song outside my room 🙂

Disclaimer: I visited Malawi thanks to an invitation from South African Airways and Malawi Tourism. While the trip was sponsored by them, the views and opinions I present here are explicitly my own. To find our more about Malawi, please do visit the Malawi Tourism website.