The Cotswolds is a part of the country I’ve never visited, so at the end of 2015 I thought it was about time I explored this medieval part of England.

I booked a weekend break with Travelzoo before Christmas, which included a one-night stay, breakfast and three-course dinner at the grand Dumbleton Hall, which is located near Evesham, in the North West corner of the Cotswolds. It was here that our 24 road trip through the Cotswolds began.

Aside from the farm on Countryfile, the Cotswolds is famous for its quaint villages and picturesque cottages built from beige-coloured stone. My aim during this weekend was to visit as many of the villages as we could, soaking up the rural air and sinking a pint of real ale (or two).

FROM DUMBLETON TO GUITING POWER

After leaving behind our grand home for the evening, we set off towards the South East. Our first stop just above a hillside farm which overlooked Sudeley Castle and the quaint little town of Winchcombe. If there was a picture that epitomised the rolling hills, quaint villages and farming scene of the Cotswolds, this was it! 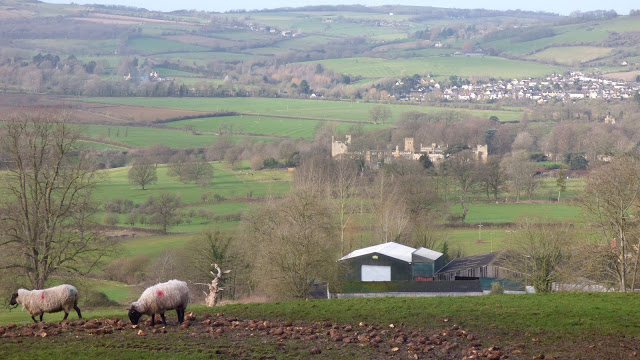 Our route took us towards the tiny hamlet of Ford, and past some stunning stone buildings that acted as the gateposts for hidden manor houses and estates. 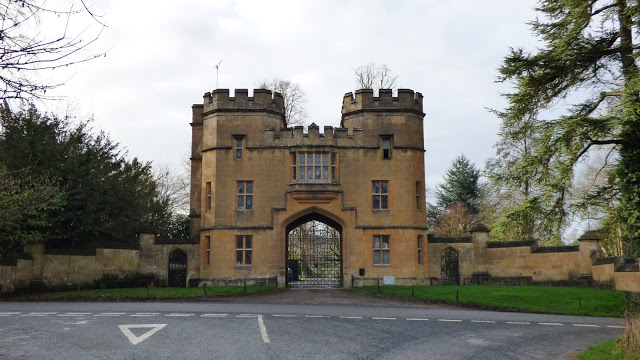 We doubled back and headed towards Temple Guiting, passing grand stone houses and picturesque farm settings along the way. 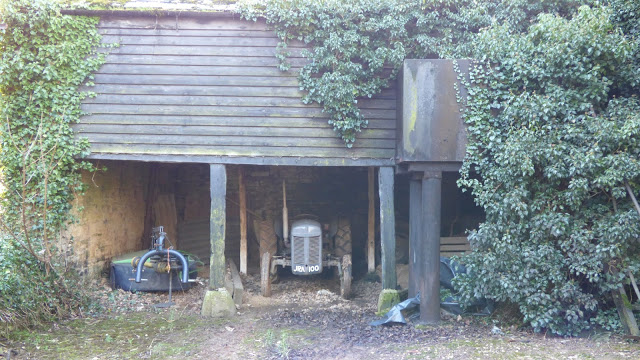 After passing through Barton and over the River Windrush (even the river names are middle English!) the sun finally made an appearance as we turned the corner and passed St. Michael’s church outside Guiting Power. 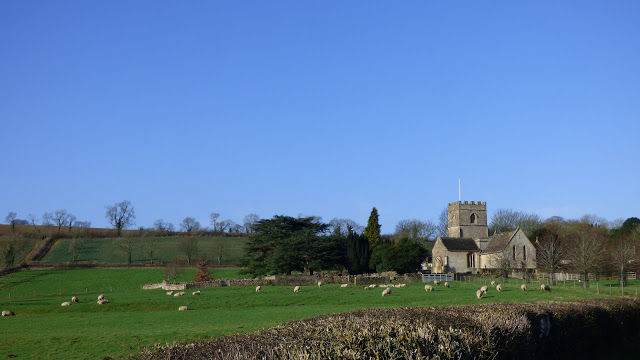 This was the first good sized village we passed through, with two lovely pubs, and an old Post Office and tea room. 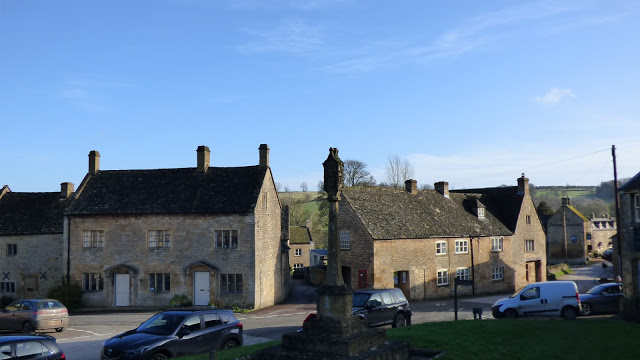 The views facing the Hollow Bottom pub aren’t too bad either! Remember the first screen saver from Windows XP? It looks very similar! 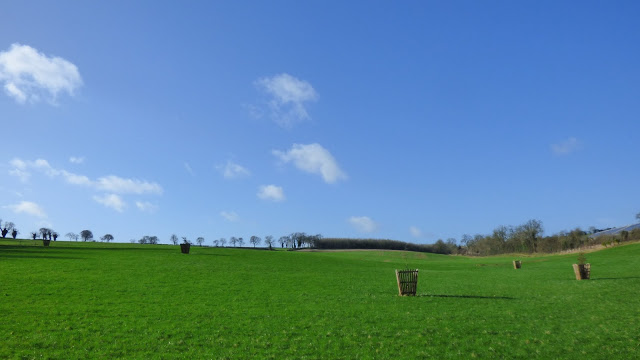 FROM GUITING POWER TO THE SLAUGHTERS

We rolled the car back past St. Michael’s church towards Naunton, a tiny village which follows the shape and curve of the River Windrush. From here we knew that the only villages left were ones we had heard of, mainly because they covered the pages of local magazines, books and other travel bloggers posts.

We hit a T-junction and headed towards the Slaughters. 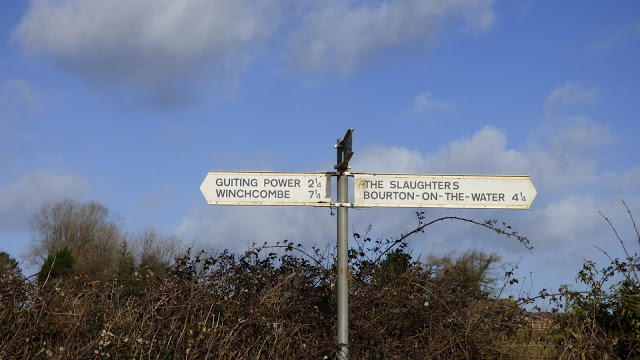 I love the way the local village names are cobbled together on road signs in the Cotswolds. Rather than having separate directions for Upper Slaughter and Lower Slaughter (and many other ‘Greater’ and ‘Lower’ village duos) they are simply shortened to ‘The Slaughters’. Love it.

We came to another T-junction, opposite Upper Slaughter manor. This is a private residence, but looks charming from the gateway. 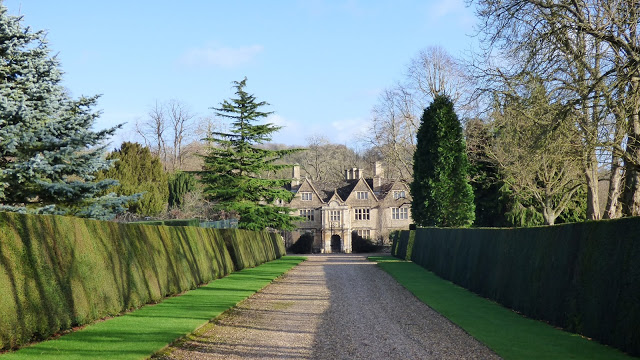 I must admit, Upper Slaughter was one of my favourite villages in the Cotswolds. Striking stone houses, a stunning Church and little ford over the River Eye, which snakes its way through the village. 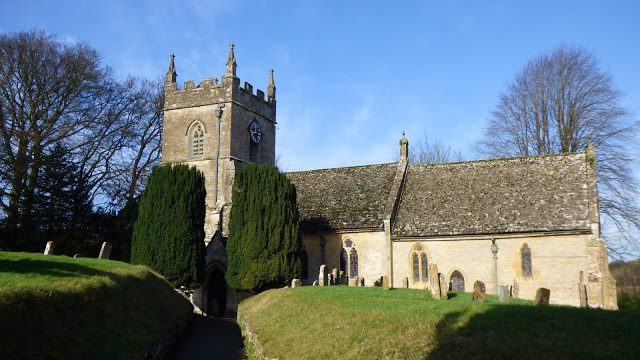 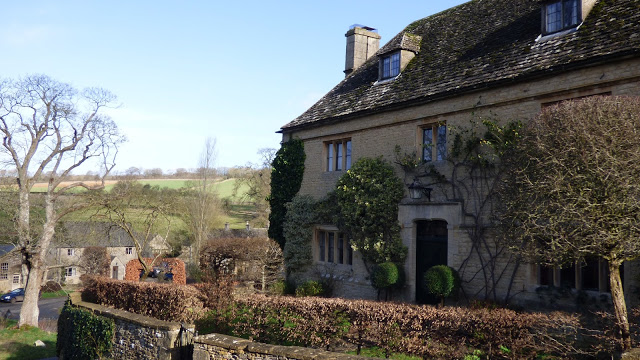 The large Lords Of The Manor Hotel is a prime location for a wedding venue or overnight stay, and is located in the centre of the village. I’ll be staying here on my next visit!

After some filming and a few selfies with my other half, we hopped back into the car and headed for Lower Slaughter.

This village had a more touristy feel compared to Upper Slaughter, but then again it is closer to the main road, and does have a nice big, family friendly pub. The River Eye continues its course through Lower Slaughter, and there’s also an old mill and a little craft shop to explore. 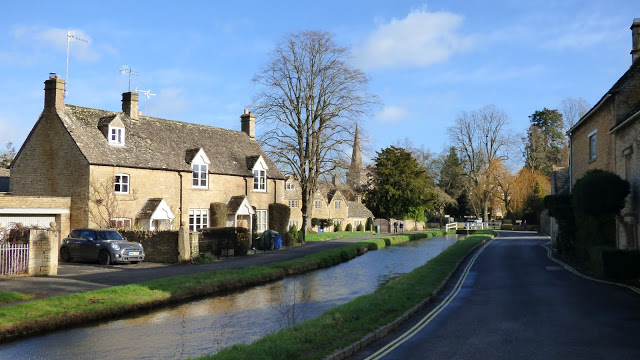 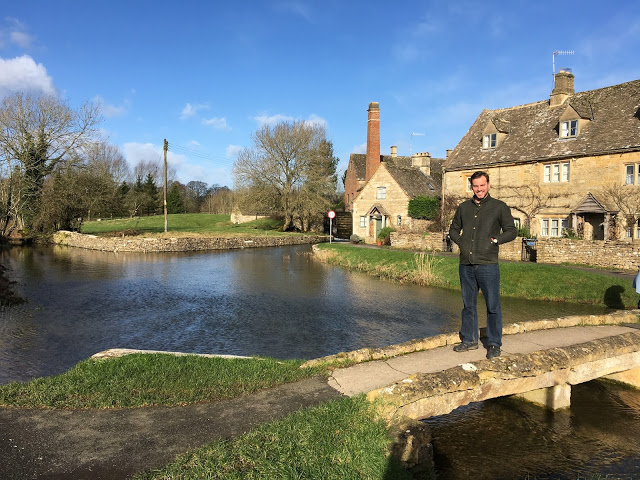 The last leg of our Cotswolds road trip took in two of the larger, more popular towns Bourton-on-the-Water and Burford.

Bourton-on-the-Water is located about 2 miles away from Lower Slaughter but due to the increase in town size and tourist population it feels like a completely different part of the Cotswolds.

We parked in the main car park outside of the town and walked in. After appearing out of a hidden stone passageway, we reached the picturesque high street, with the River Windrush gathering pace through its centre. 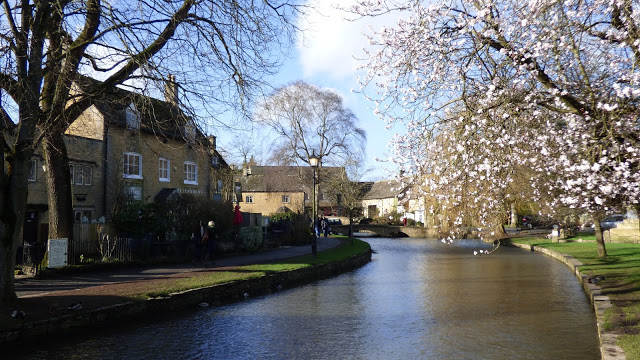 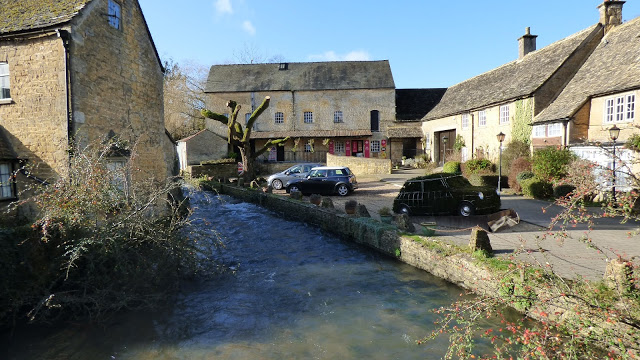 We had seen a lot since we left Dumbleton Hall at 9:30am, so it was time to grab a seat and some well needed food. We stayed away from the chain restaurants and instead found food solace in the Duke Of Wellington Inn.

I helped myself to a home-made chicken and mushroom pie and a pint of real ale and once I felt confident that the pie had settled, we walked back to the car and headed to our final stop of our Cotswolds road trip: Burford.

Known as ‘the gateway to the Cotswolds’, Burford is an old market town which dates back to the middle Saxon period. There are many 15th century houses in the town centre, along with plenty of craft shops, pubs and delis.

Parking is free too, so head for the church and roam to your hearts content 🙂 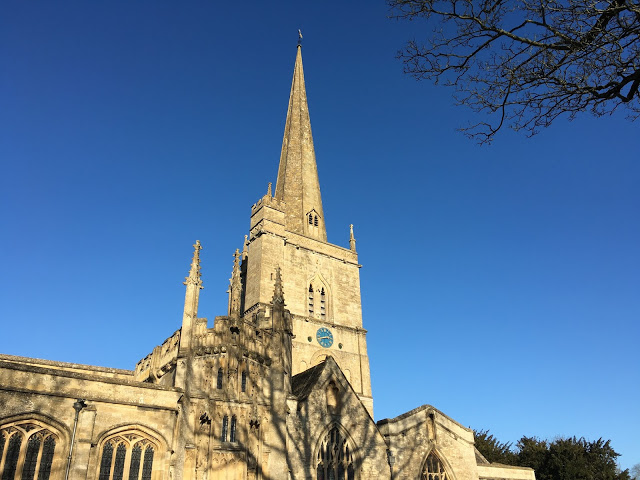 If you’ve done your own 24-hour route through the Cotswolds, please feel free to share it in the comments box below. My route only takes in part of the North Cotswolds, but if you’d like to copy it, here’s the map and link:

Oh, and if you wondered what Dumbleton Hall looks like, then take a peek at this aerial shot… 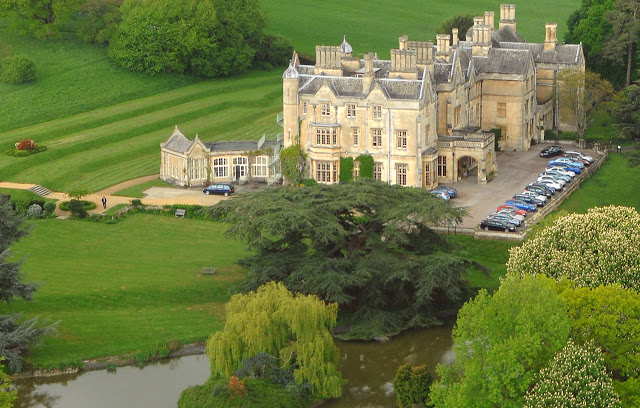 11 Things To Do In Tignes This Winter

18 Of The Prettiest Villages In The Cotswolds
Scroll to top