A week previous to the Ireland trip, I was with a lady friend driving through the Scottish Highlands, when we found ourselves driving alongside Loch Ness. We made a few jokes about how funny it would be if Nessie reared it’s head, and how Scottish millionaires might plant a fake Nessie to keep tourism simmering over. At that point it struck me how funny it was that one of Scotland’s main tourist attractions wasn’t even real.

Fast forward 7 days, and we were about to land into Dublin. I’d always wanted to go to Ireland, and always wanted to drink Guinness from the storehouse, and visit Cork. I’ve never figured out why I wanted to visit Cork. I think it had something to do with being attracted to The Corrs when I was younger, and maybe finding a dark haired, stunning, Guinness-drinking, River-dancing Irish girl in Cork. Fair assumption, I think.

Soon enough, I also had another reason. “You can’t go to Cork and not kiss the Blarney Stone!“, said my friend. And so it was – a car was hired, and Dublin, Cork and Blarney Castle were top of the to-do list (with Camera+ in tow). 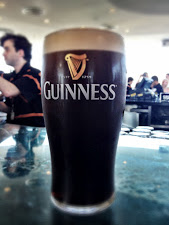 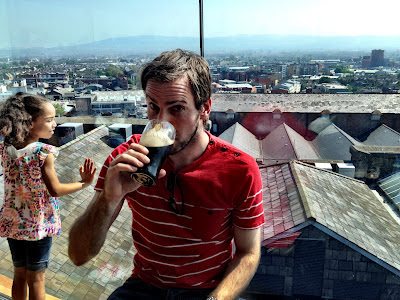 The Guinness Storehouse itself is also a great experience – a great 2/3 hour trip if you’re ever in Dublin! 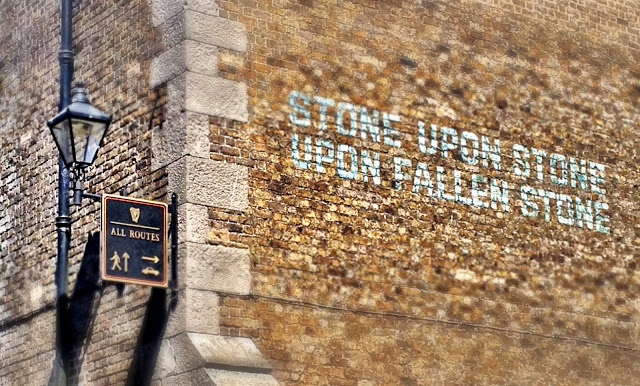 Onto Cork. We stayed in a B&B about a 10/15 minute walk from the centre, and couldn’t have asked for a more friendly, hospitable place. The B&B was called Garnish House, and is located to the West of the city. Quaint, tea and scones on arrival, and the BIGGEST breakfast menu you could ever wish for.

Kissing the Blarney Stone means you’re kissing the Stone of Eloquence. As such, those who kiss the legendary stone are believed to be bestowed with the gift of eloquence…or gift of the gab, and skill at flattering (so they say).

Before I even got to that point, I didn’t realise the Blarney Stone was embedded in Blarney Castle. Not only that, it is embedded at the top of the castle.

After 4 days in Ireland, we’d mastered the lingo of ‘to be sure!‘, ‘feck off‘ and ‘gobshite‘, so it would be no surprise to hear that before reaching the Blarney Stone, the steps up to the top were filled with my potty mouthed Irish swearing: ‘For fecks sake, which feckin’ gobshite put the feckin stone at the top of the feckin castle!“.

Blarney Castle itself is a fantastic place to visit. Unlike castles in the UK, there is a much greater freedom to roam….into every room in the castle, down into the dungeons, and around the grounds. 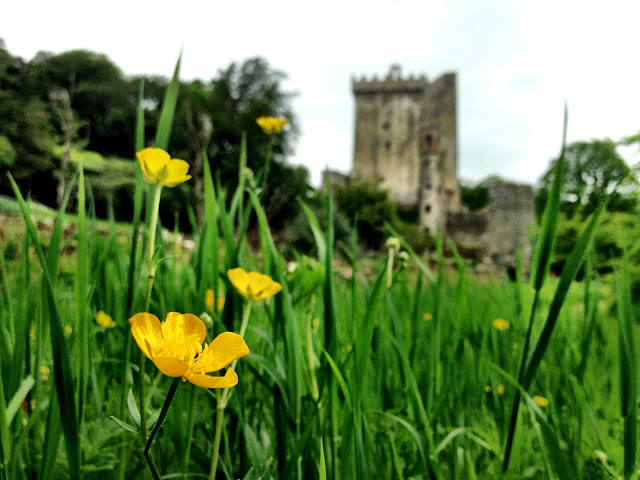 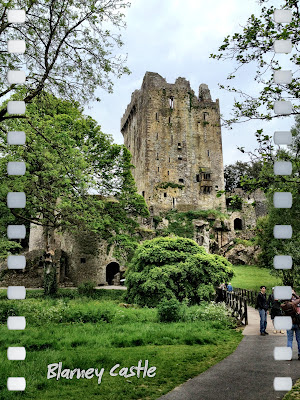 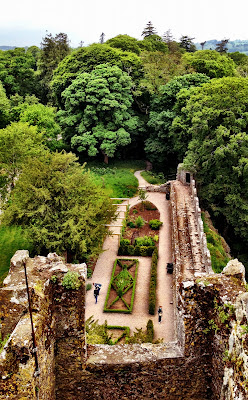 The route up to the top of the castle was like the M6 in July. Incredibly busy, and full of tourists. I soon learnt that along with the Guinness Storehouse, kissing the Blarney Stone was one of Ireland’s top tourist attractions.

On returning home, we told tales of our Irish adventures, but we were soon brought back down to Earth when we were told of a few rumours about the Blarney Stone. Firstly, Tripadvisor had previously named the Blarney Stone as the ‘least hygienic tourist destination in the world‘ because thousands of people kiss exactly the same spot. Lovely. But worse was to come.

The second rumour was that local boys pee on the Blarney Stone at night. That made me gag.

The last rumour was that the Blarney Stone had no power at all…it was merely a fake tourist attraction.

Apparently the Blarney Stone is allegedly half of the Scottish Stone of Scone, which was used to crown ancient Scottish kings and is said to have ‘magical powers’. It should come as no surprise then, that the bloke that thought up the idea of the Nessie visited Blarney Castle before finalising his Loch Ness monstrous plans….