Blog - Latest News
You are here: Home / 7 Life Lessons From LOST
I’ve written a few previous posts about LOST on this blog, but with no real takeaways. The other posts were more a recommendation, an arm twist is you like. “If you’re not watching LOST, you should be!!“, type posts.

18 months after the finale, I’m still introducing people to LOST, who love it. They were late to the party, and felt it was too late to catch up, but if like them, you like twisty, character development-based, unorthodox shows, it’s never too late.

When LOST launched onto UK screens back in 2005, it attracted six million viewers. Even from the trailer, there was a sense that LOST was fresh…something different. It wasn’t a medical show. It wasn’t a law and order show. It wasn’t even a sci-fi show. That, for me, made it very compelling.

Shift forward through the six series, and that lure never wained. LOST kept me hooked, in part because the writers always left me guessing. Answers to the story were drip fed, but never given in full, which always kept the audience wanting more.

OK, I confess, my name is Simon and I’m a LOSTaholic. I’m still in withdrawal. Twitching. Shivering. Wanting more. But there are no more fixes to be had. So this shall be my closure. My attempt to examine what I think made this show awesome, for all those who watched it, and for those who have yet to start or complete the experience.

LESSON #1 – EVERYTHING HAPPENS FOR A REASON – there was a big debate of science versus faith all the way throughout the show, but in the end, faith and destiny prevail. Cut to real life, and I’m a Yes man, a positive thinker, and make decision based on what I think is best at the time. Eventually those decisions and choices place us where we are today. Tomorrow there will be more choices, big and small, and that moves us along the life path again. Sometimes we’re led down a path, and we’re not sure where it will lead. Embrace it, enjoy the adventure.

LESSON #2 – HUMANS ARE, GENERALLY, INHERENTLY GOOD BY NATURE – Light versus dark, white versus black – throughout LOST there was a tug of war between Jacob and his brother. Jacob saw the good in people, his brother believed they came and destroyed each other. Despite the rioting, racism, crime and hatred that occurs in life, there is more human good which outweighs the bad. Charity work, a minutes silence at a football match, love – this list is endless.

LESSON #3 – THE LITTLE THINGS IN LIFE HELP US TO SEE THE BIG PICTURE – I’ll leave this to Carlton Cuse: “We were enriched along the way by what we learned as we delved into these characters. As we got deeper into the characters and as we got deeper into the story, it told us a lot about what made the show more complex…so I think we would look at it and go, ‘The superstructure is the same, but oh my gosh, I’m getting such a rich character experience,’ and that was only possible by doing the hard work of making the hundred and twenty episodes that led up to it.“Most of us have visions, goals and dreams, but it’s only possible to reach those goals through day-to-day experiences. Those experiences build up, we learn from them, and that helps to view the big picture.

LESSON #4 – DO THINGS BASED ON GUT FEEL – That feeling you get when you know you should pursue a particular course of action. Do it. Do it because deep down, it feels right. That trip into the jungle to find water, blowing up the hatch, pushing the button every 108 minutes. Taking that trip to the place you’ve never been. Hiring that person who will sweat blood and tears for your company. Twirl or Crunchie. You get the idea.

LESSON #5 – EVERYONE GETS A SECOND CHANCE – everyone who was brought to the island was struggling in some way. The island gave them a second chance to be the person they were struggling to be. Everyone makes mistakes, some big, some small. We’re human after all. Human nature is generally good (I said so above), and will permit second chances. So no matter how much we screw up in life, there’s always a way out, a second chance.

LESSON #6 – WHY DO WE FALL OVER? SO WE CAN LEARN TO PICK OURSELVES UP – OK, before you start Googling it, that’s a Batman Begins quote, but it applies to LOST too. John Locke has many a tale or story to spin to help the other Losties cope with life on the island. “That’s a moth cocoon. It’s ironic – butterflies get all the attention, but moths, they spin silk. They’re stronger. You see this little hole? This moth’s just about to emerge. It’s in there right now, struggling. It’s digging its way through the thick hide of the cocoon. Now, I could help it – take my knife, gently widen the opening, and the moth would be free – but it would be too weak to survive. Struggle is nature’s way of strengthening it.” Let’s calling it building strength through adversity. Using experiences – pain, hurt and suffering – we make ourselves stronger.

LESSON #7 – LEARN TO LET GO – sometimes life doesn’t work out the way we want. We lose friends and family. We lose loved ones. If you don’t let go, you can’t move on. Christian Shepherd, LOST finale: “Everyone dies sometime, kiddo. Some of them before you, some… long after you….the most important part of your life was the time that you spent with these people. That’s why all of you are here. Nobody does it alone, Jack. You needed all of them, and they needed you.“ 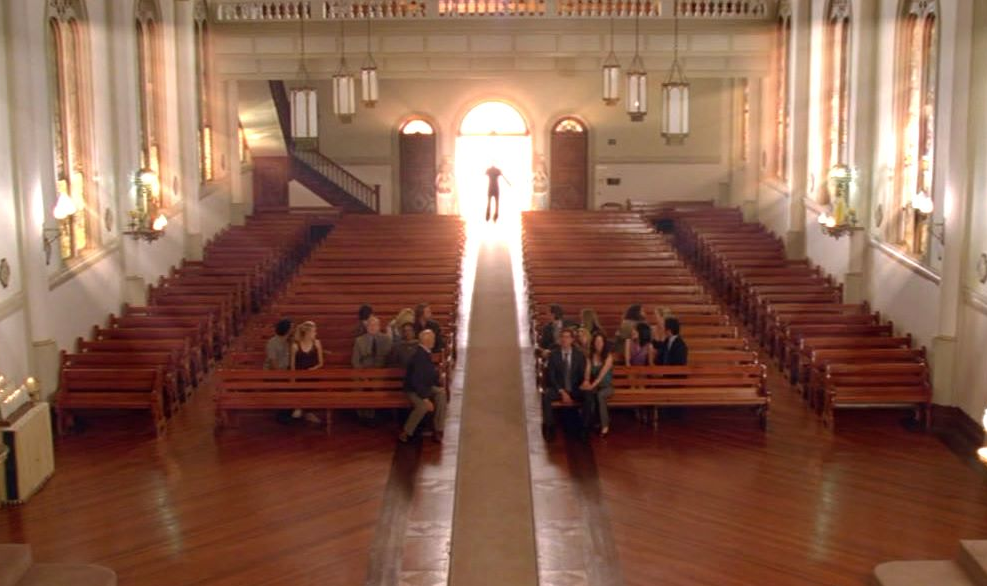 Whether or not you watched and loved LOST as I did, I’m sure you all have life lessons you’ve taken from other shows and books. What are they? And if you loved LOST and just want closure too, sorry, you’ll have to find it in your own way 😛