Blog - Latest News
You are here: Home / Lost Season 6 Posters
Since the end of Lost Season 5 there has been a lot of debate on forums and blogs about how Lost will end. There’s no doubt in my mind that Lost is one of the best written shows on TV – what other series can you think of which leaves so many questions to be answered until series 6, but still has millions of watchers? Kudos to all the writers of the show – especially since they has the end of the show in mind right from the start.
As we near the beginning of Season 6 I had another look at the official Lost Season 6 poster, which I first saw over at SL-Lost.com (via. DarkUFO). 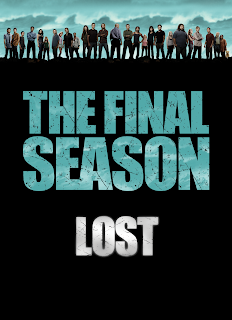 Not long after this poster was unveiled, there was much discussion about it. Then came another poster, from the Lost Underground Art Project ARG (click here to open in a new window).
The writers have said the following about both posters – everything is deliberate. “You should look at the poster and think of the things you’ve seen on the show, and then whatever else is left, that’s a clue for Season 6″, says Damon Lindelof, one of the Co-Creators of Lost.

So now for my points/comments.
1) In the first poster, Aaron is missing….as are the numbers. According to some theories, Aaron is central to series 6
2) Hurley holding the Flaming Ankh – not sure about this. Hurley obviously has some big connection to the final plan, but I’m not sure why the Flaming Ankh is important. Yet.
3) All the characters are back. Could it be the plan lands at LAX after all at the start of Season 6?
4) Could be interesting to see how the Monster and/or Smokey manifested itself during seasons 1 – 5. We know it took the form of Yemi and Alex….but could this also be Christian and several other characters, designed to influence the course of destiny. Hope so.
Bring on Feb 12th.